Into the Wonderful Woods

My passion for forests continues apace. There's been something about this summer. Maybe it's the contrast with flat Florida but I've fallen in love anew with western New York's wooded hills. The mist rising on a rainy morning.... 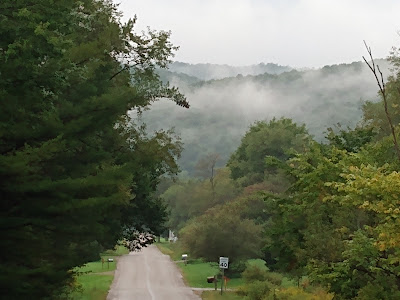 and swirling around the trees on the hidden path I recently discovered further up our lane. 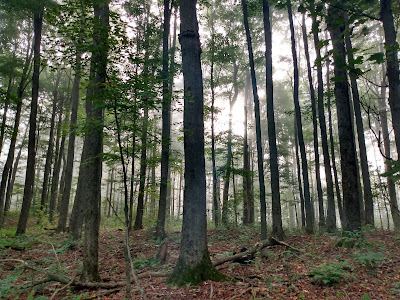 (No public footpaths here - you have to rely on the goodwill of the landowners, though if you're not hunting their deer, they most probably won't mind.) Though I didn't need to go far the other evening to peer through the dusk at the forested end of our back garden and see in the distance a small herd of deer silently flitting, ghost-like, through the trees.
Last weekend our local nature centre had a guided walk about forest health and management. At least that's what it was meant to be - they spent most of the time reminiscing about old neighbours and who-had-owned-what-and-when, who had sheep, who had cows (all this bit used to be farmland) and who had driven horse-drawn sleds up the old rock -strewn paths to collect maple syrup. 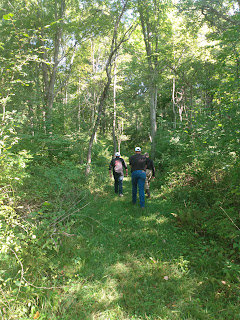 But never mind, it was a beautiful sunny day, the forest looking its absolute best. 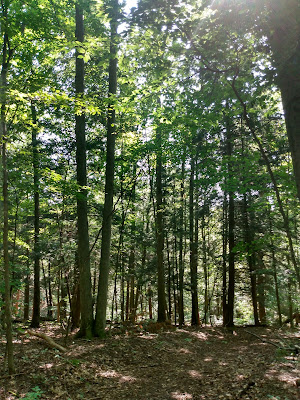 That might be a shell off a hickory nut, which sounds so American. 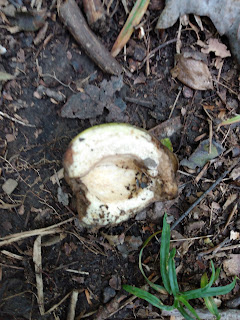 As does "trailhead" - you think you're out in the wilds of the Rockies or something. 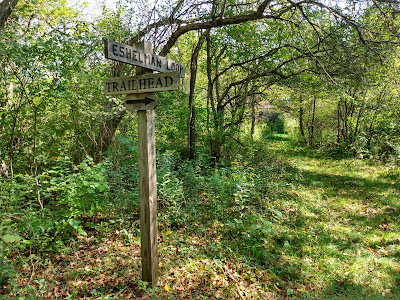 Well who needs the Rockies when you've got Cattaraugus County's Enchanted Mountains?
Posted by Alenka at 3:09 PM