A Jaunt Round the Countryside Part 2 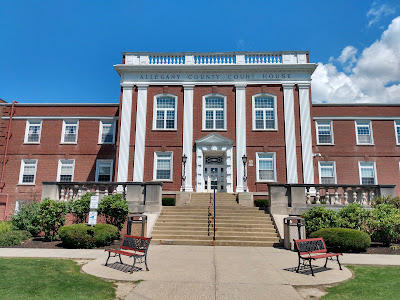 Though it doesn't look quite so good when you take in the modern extension. 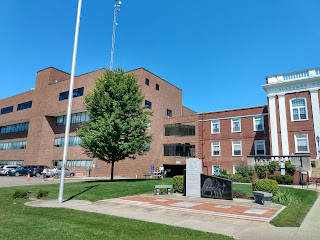 Interestingly, the handwriting in the old records gets worse too, as the years progress.

These old western New York towns and villages are full of what must once have been trophy houses in the days when people grew rich on things like agriculture and oil. 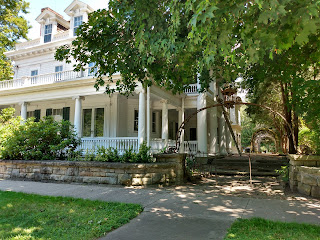 I loved the delightful archway. Glad they kept it. 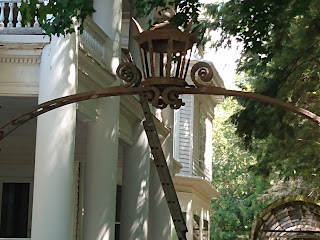 And here's the Belmont library, thanks, no doubt, to  Andrew Carnegie, whose free library network may well have done more good for people wanting to improve their lot and lift their spirits than any number of modern welfare schemes. 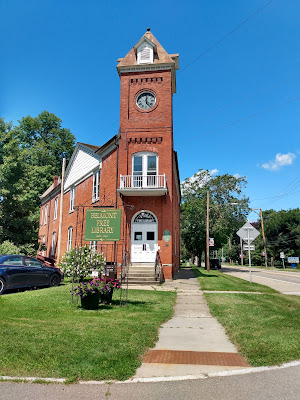 And then on to Angelica. I hadn't been here for a few years and happily it seems to look perkier now and to be consolidating its role as a centre of local history - it was first settled in 1802. That's history. And maybe getting people to buy some houses in the process. 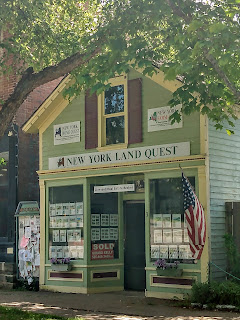 A perfect porch with its triumphant woodwork and the typical planting right up against the house. as if keeping it warm. 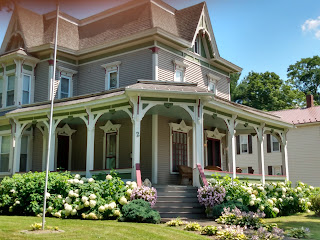 And, typically again, two churches next to each other and more nearby 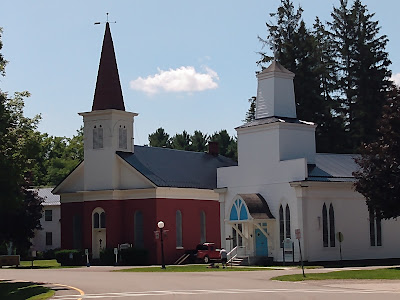 Now if this were in New England or the New York city hinterland gorgeous house like this would go for Much Bigger Bucks. 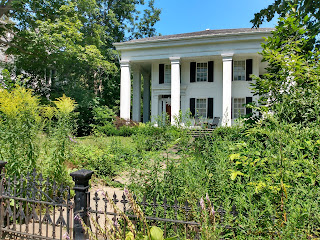 How the name came about is interesting. Angelica was the wife of  a merchant, John Church, who was born in Britain but got mega rich  supplying the other side in the Revolutionary Way and helped fund the American victory. In return he got 100,000 western New York acres, Hence his son named the village after his mother - who also happened to be the sister-in-law of Alexander Hamilton no less. (I was lucky enough to see the musical in London, of all places. The British chap next to me asked me if "this Alexander Hamilton" was a real person. I gave him an American history lesson. Hubby would have been proud.) 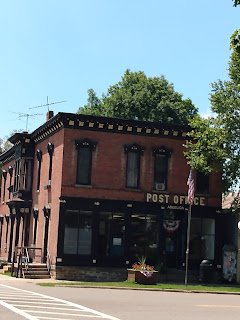 The politics now are somewhat different but you still can't get away from them. 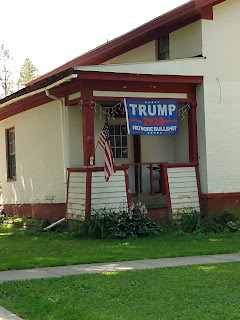 I assure you I would have included a Biden sign for balance but I haven't seen many around here.
But one of the most intriguing places in Angelica, which we stumbled upon quite by chance when looking for somewhere to have a picnic, is what looked at first glance like a derelict mansion. 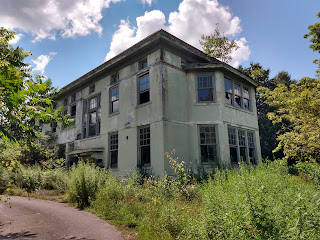 Grandeur in the weeds 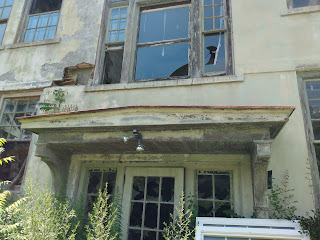 And broken windows. The local kids must love it. 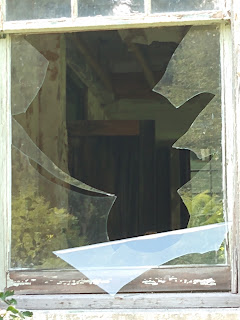 But it looked a bit too institutional, so we speculated next that it might be an old TB sanatorium - there were quite a few of them in the surrounding hilly places, before the advent of antibiotics. I always found the idea both spooky and romantic, having read the "Magic Mountain" as a teenager. 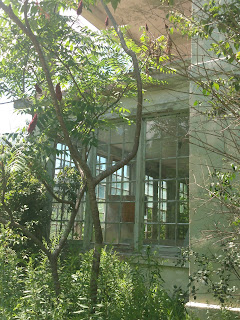 But no,  Google Knows All - as hubby says - and it was in fact the local poorhouse, unused since the 1960s and by all accounts a place of revolting Dickensian conditions and not romantic at all. It was rebuilt after a tragic fire in the 1920s that did for some of the unfortunate residents. Strange to find something like that in the depths of the American countryside, where, before the poorhouse era,  the poor were sometimes auctioned off and sent to work, not in factories but on farms.

All this history in one tiny rural spot.