...... great and small - well mostly small, came to get a special blessing outside the Basilica on St Francis' Day. Luckily the rain obliged by holding off. 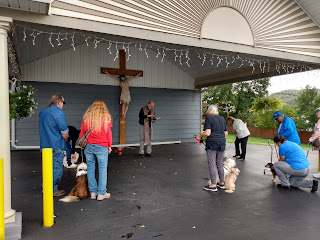 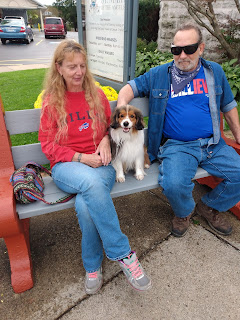 Father John was a little concerned about the effect of a sudden shower of Holy Water on his furry flock. This one pretended not to be interested. 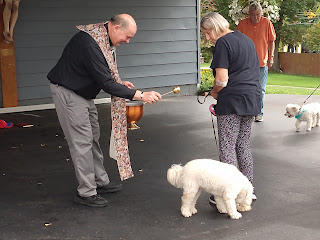 And as always after church - time to catch up on the gossip. 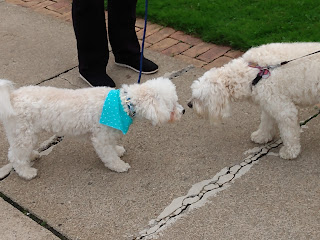 And speaking of creatures, time for a round-up of this summer's fauna sightings. I have to report that I didn't see a single deer except a few in the far distance, cantering like ghosts through the trees but I did see a salamander crossing the lane. Why they want to cross the lane I can't fathom but they do. Sadly they often don't make it but this one was a survivor. 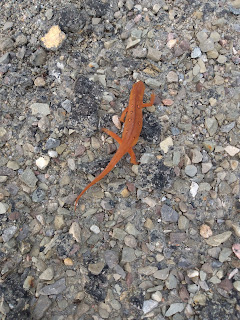 And here's what looked like a millipede, resolutely negotiating the pebbles which must have been tough on his legs. Perhaps they cope like the giant trucks and their tyres and only use a few legs at a time. 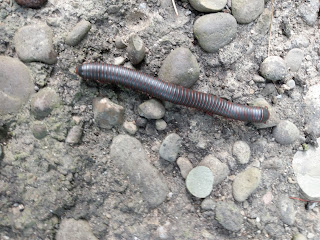 It was a good year for butterflies and a mourning cape took a liking to the doorstep and sat around for a while.. 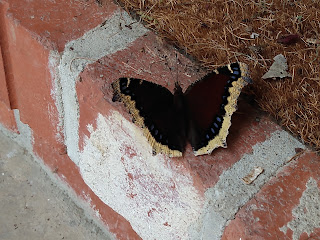 I trust it wasn't a bad omen. He seemed cheerful enough. As did one of the usual suspects. 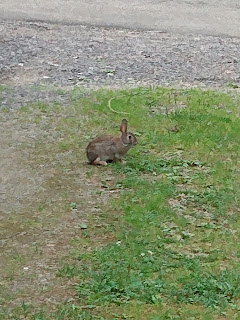 While at the farm in the next valley the cows reminded me of rural France. Unsurprisingly, as some of them are indeed Limousins. It would have been fun to see a few of those at the Blessing. 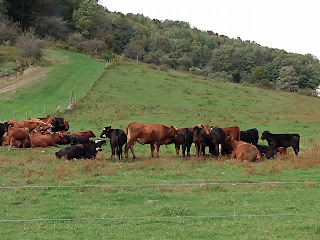 And does the old oil donkey qualify as fauna? 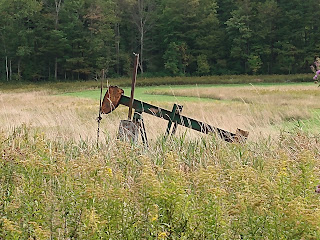 Along with cows they once made this part of the country great. Not so much these days though.
Posted by Alenka at 8:33 PM