In our pursuit of outdoor activities we had earmarked the Lewis Ginter Botanical Gardens just north of Richmond in Virginia. The land had once belonged to Founding Father Patrick "Give Me Liberty or Give me Death" Henry, incidentally a distant rel of hubby's. The Ginter in question was apparently no relation but a local businessman and early bicycle enthusiast who had run a cycling club there back in the 1880s. The land was eventually bequeathed to the city by his niece. 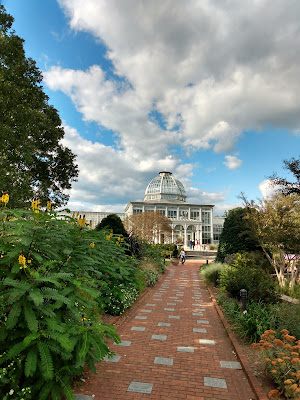 It wasn't quite the best time of year to visit but the rose garden was still looking good and smelling splendid. It could have been somewhere in the Cotswolds. 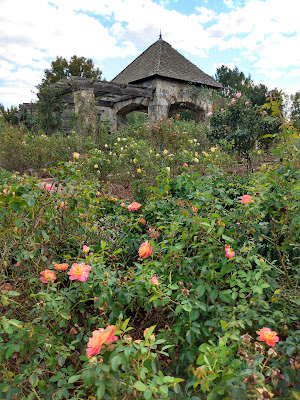 A nice touch was this rustic gate 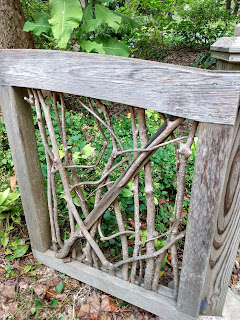 And a tranquil woodland pool. 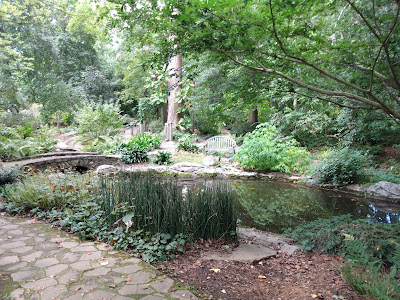 Crape myrtles, iconic trees of the South, their limbs like witches' fingers. 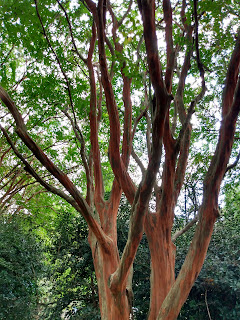 A pity we couldn't see them blooming.

Now what was that in the distance? 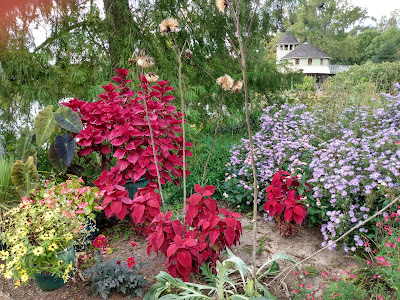 A charming stilt house reflected in a reed-fringed lake, part of the children's area. 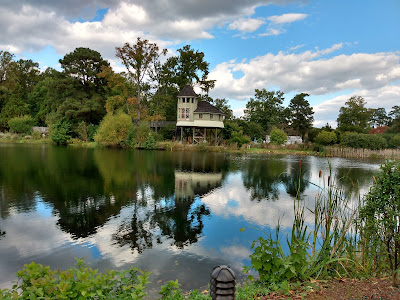 And yet another pool - with fountains in a sunken garden. 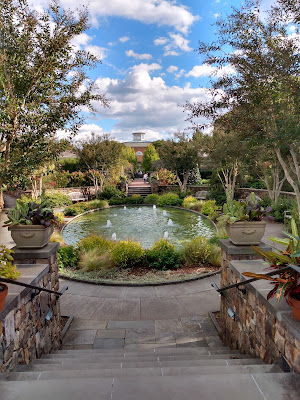 Having scoured the extensive gift shop for articles not made in a certain far eastern country I found one of those rubbery things you sit soap on, in the shape of a butterfly, made, wonder of wonders, in the USA.  And then there was this - 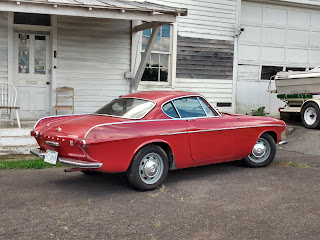 - all  right, not actually spotted in the Botanical Gardens but en route. A cousin to hubby's beloved white "The Saint" one. So I had to send him a photo. "Very nice", he said.