.... or how an American and his ice hockey are never easily parted. 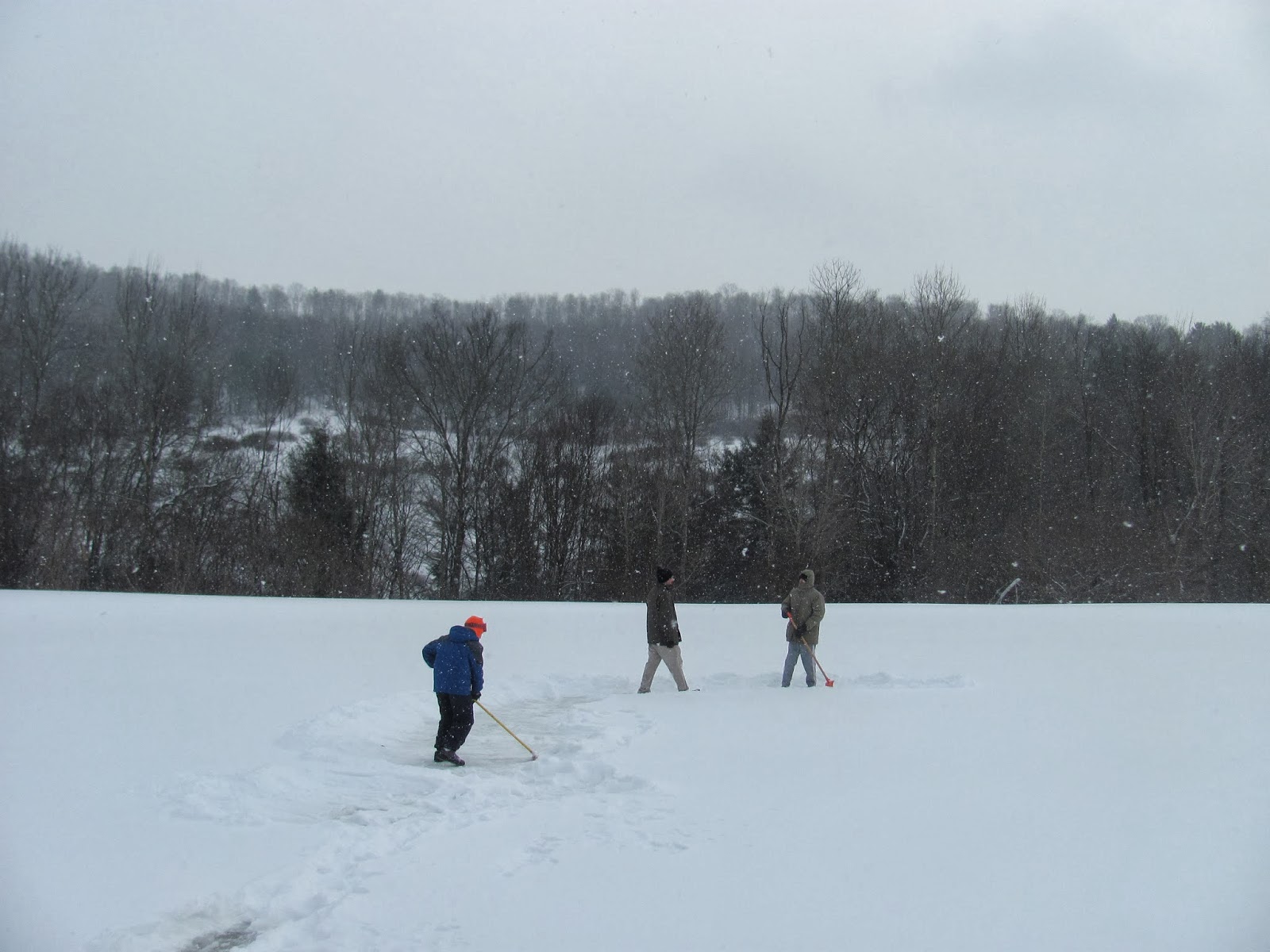 We have had visitors from Columbus, Ohio. They had mixed feelings watching the dramatic shootout after the USA vs Russia game. The Russian goalie, Sergei Bobrovsky, plays for the Columbus team, the Blue Jackets. (They call him Bob). In fact most of the Russian team play in the American National Hockey League. A far cry from the Cold War days, not to mention the fact that they wear the Imperial double-headed eagle emblazoned on their shirts. (Actually most of the players in the Winter Olympics seem to play in the American National Hockey League, including a Slovene, who plays for Los Angeles. And yes, there is a Los Angeles ice hockey team).
After the game, the visitors, all fired up, headed for our neighbour's frozen pond with their hockey sticks and a couple of brooms and snow shovels.  "Of course it's safe", hubby said in answer to my anguished wails, "You could drive a tank over it."
"Let me take a photograph", I said, "Of my husband speaking his last words."
Posted by Alenka at 5:33 PM