Fun in the Snow

When the big snowstorm was signalled last week and everyone told to stay indoors, we had to be in Rochester, which is two hours away. We thought about it and hubby being, in my opinion, the best snow driver in the western hemisphere, we decided to chance it.
This was our lane. Believe me, there's a road under there somewhere. 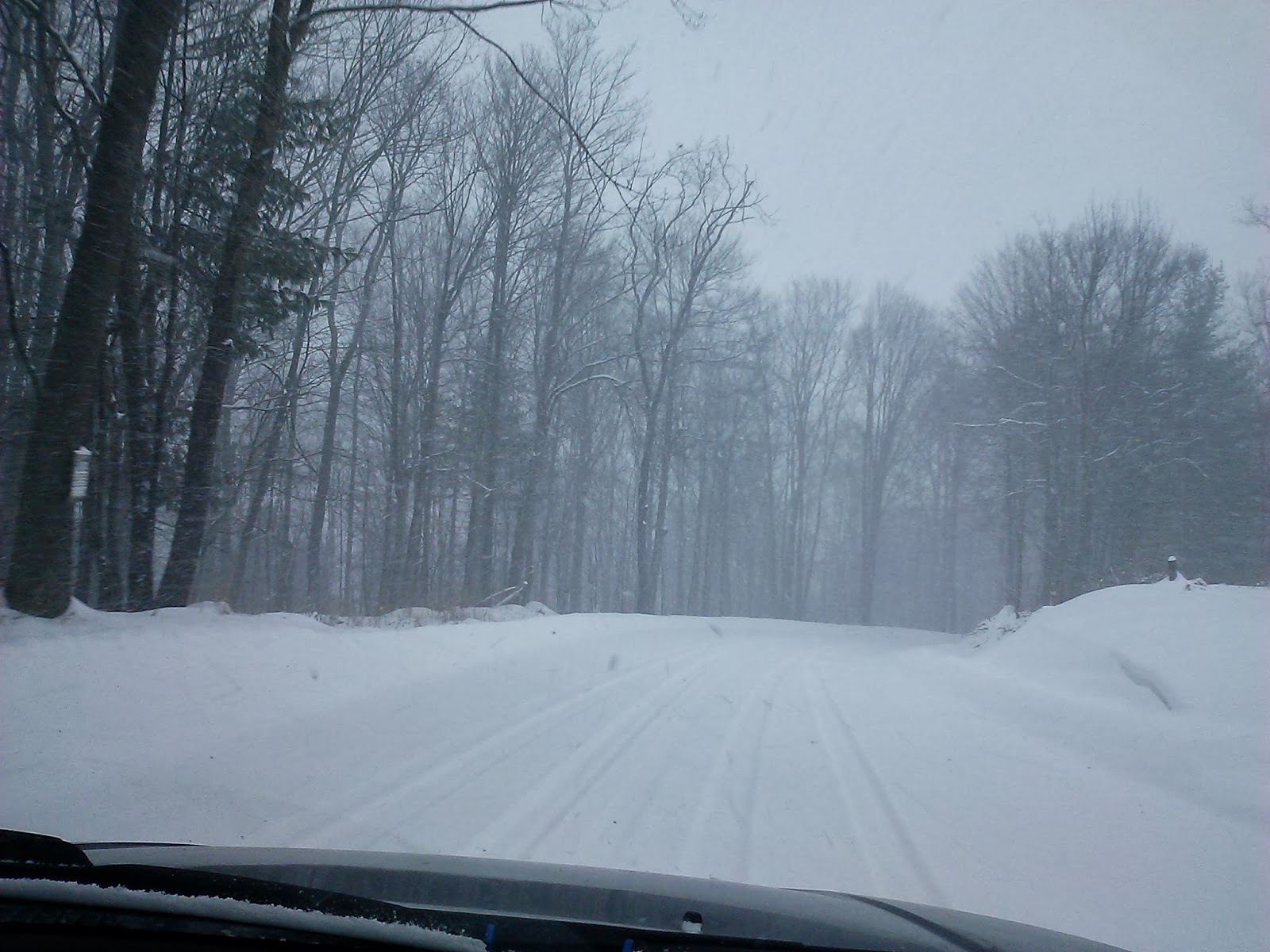 And this was the motorway. Ditto. 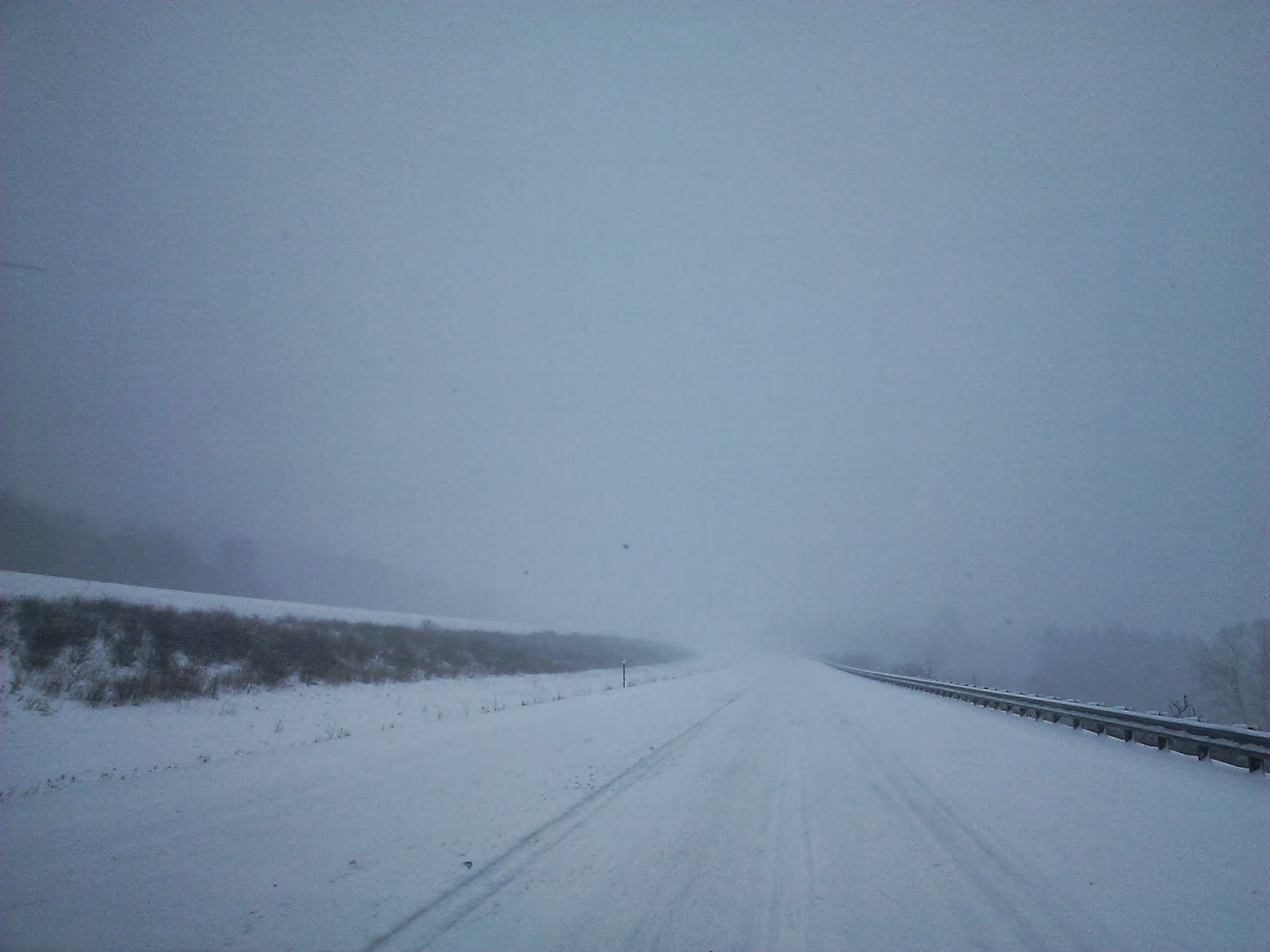 Someone once told me that, when you're going to drive in snow, you should have a checklist: a blanket, a shovel and a bag of cat litter. Cat litter? (Or rather kitty litter, as the Americans call it. They've now invented a lightweight kind, I notice from the TV commercials. They show someone throwing it at their next door neighbour. Not at their cat at least. Can't see the point myself.)  That's for scattering in front of the car to help get it out of a snowdrift. Oh yes and long underwear, a full tank and make sure your phone's charged up. Of course real people never remember all that. 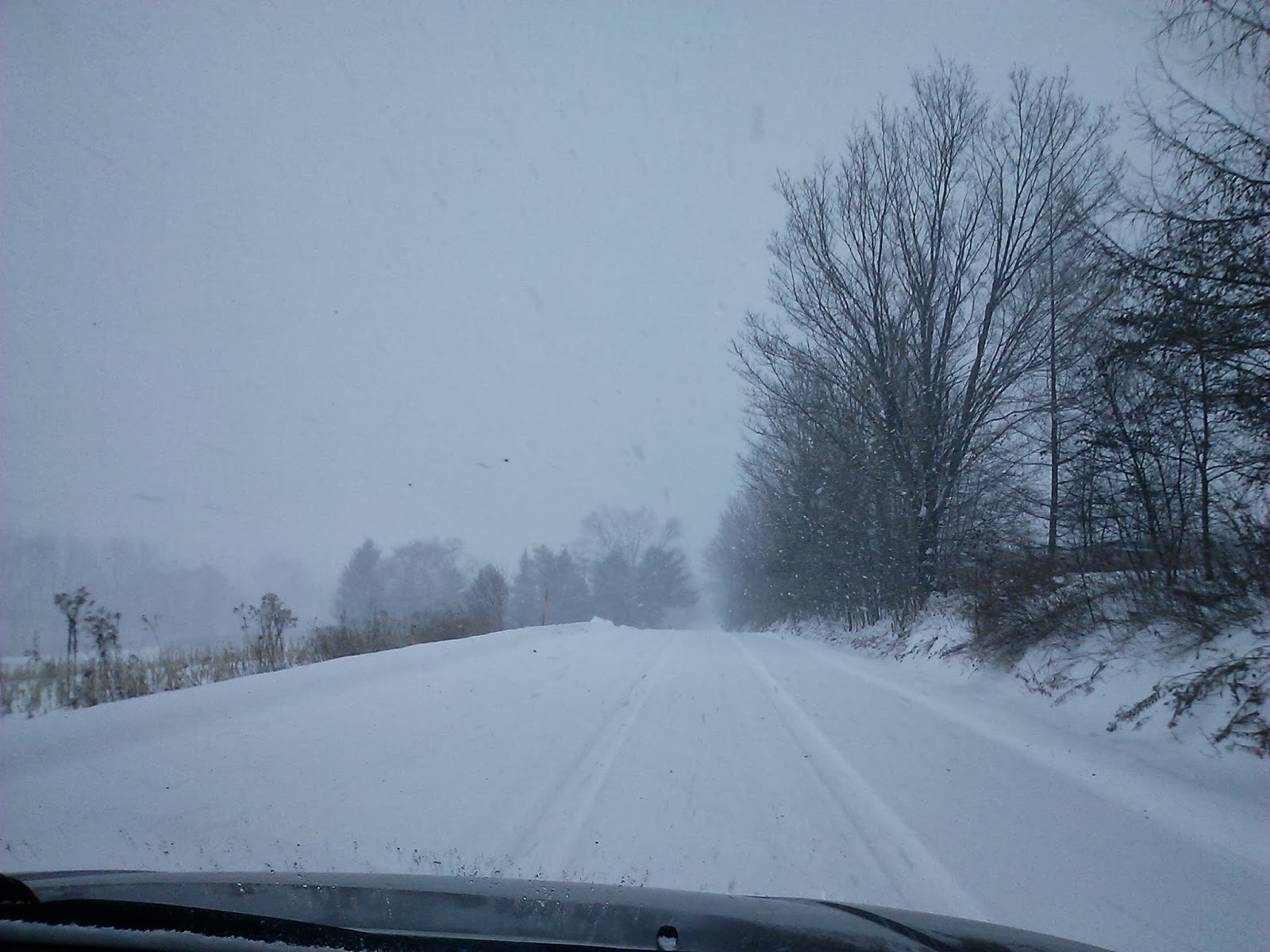 The sign below says "Text Stop". These are new signs and the latest careful use of taxpayers' money. 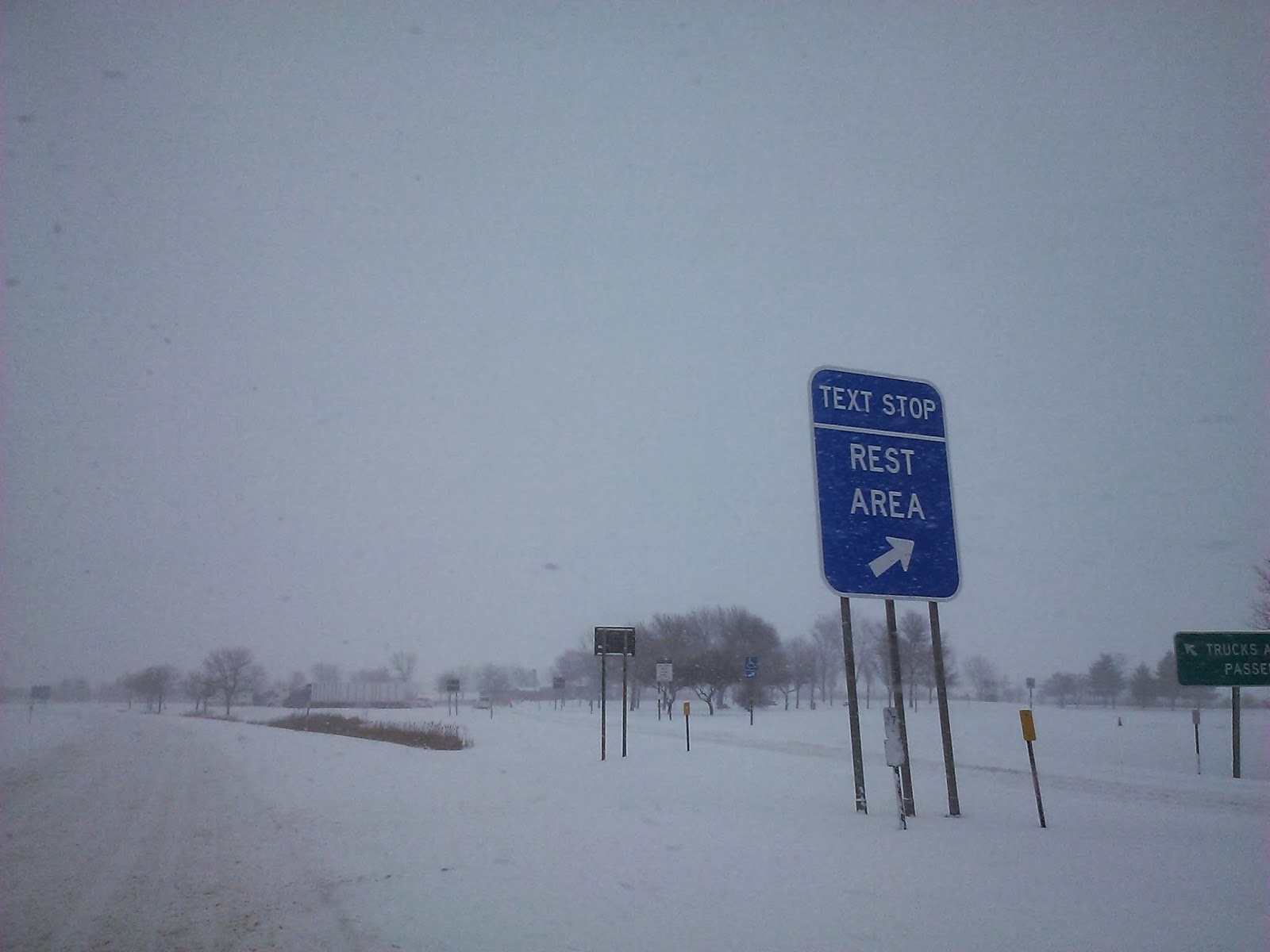 We passed four cars, a pickup truck and a school bus skidded off the road. Luckily none of them looked really nasty. 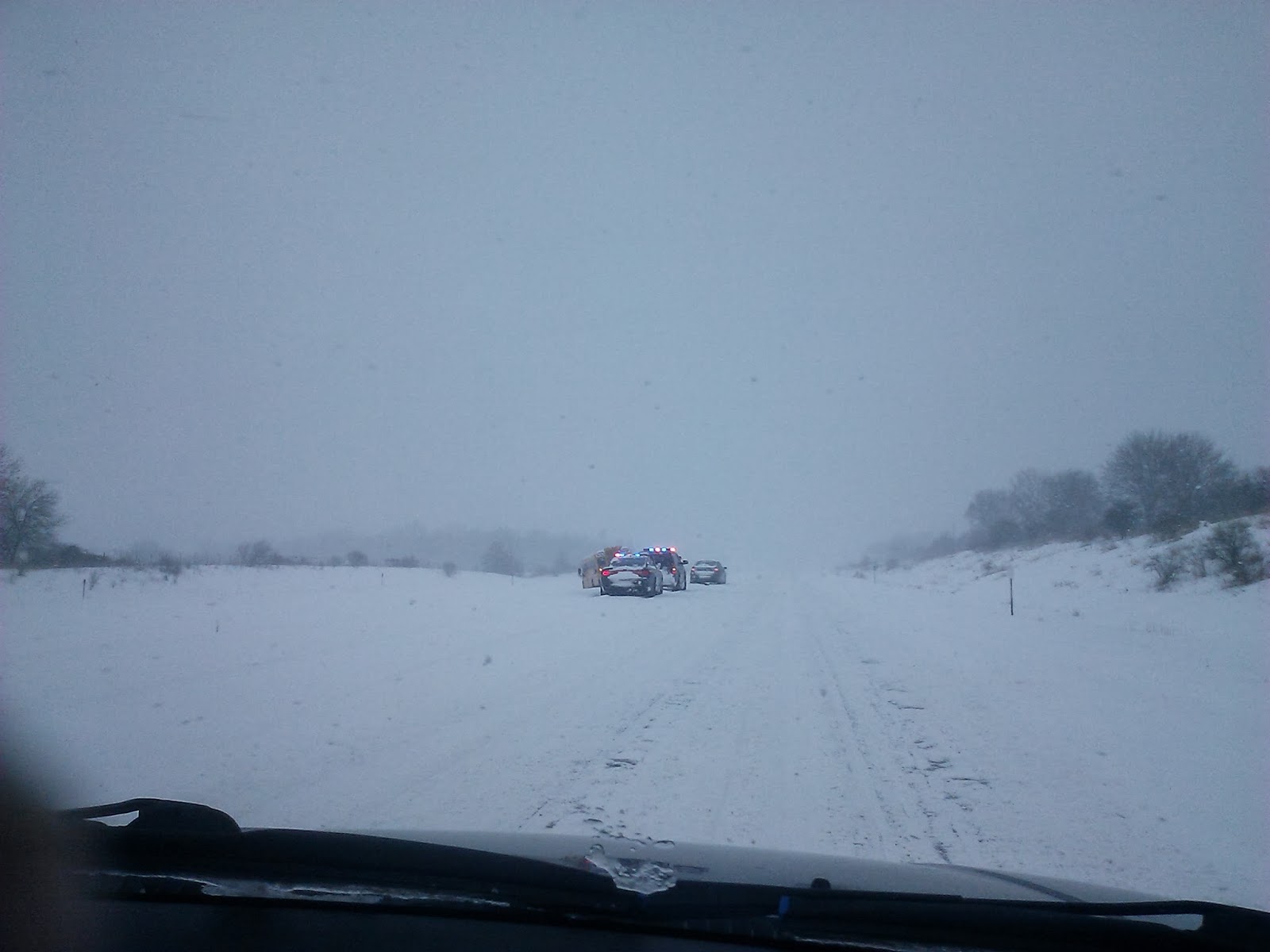 The trick, hubby says,  is to find the right set of ruts to drive along. Of course there wasn't a snowplough in sight. 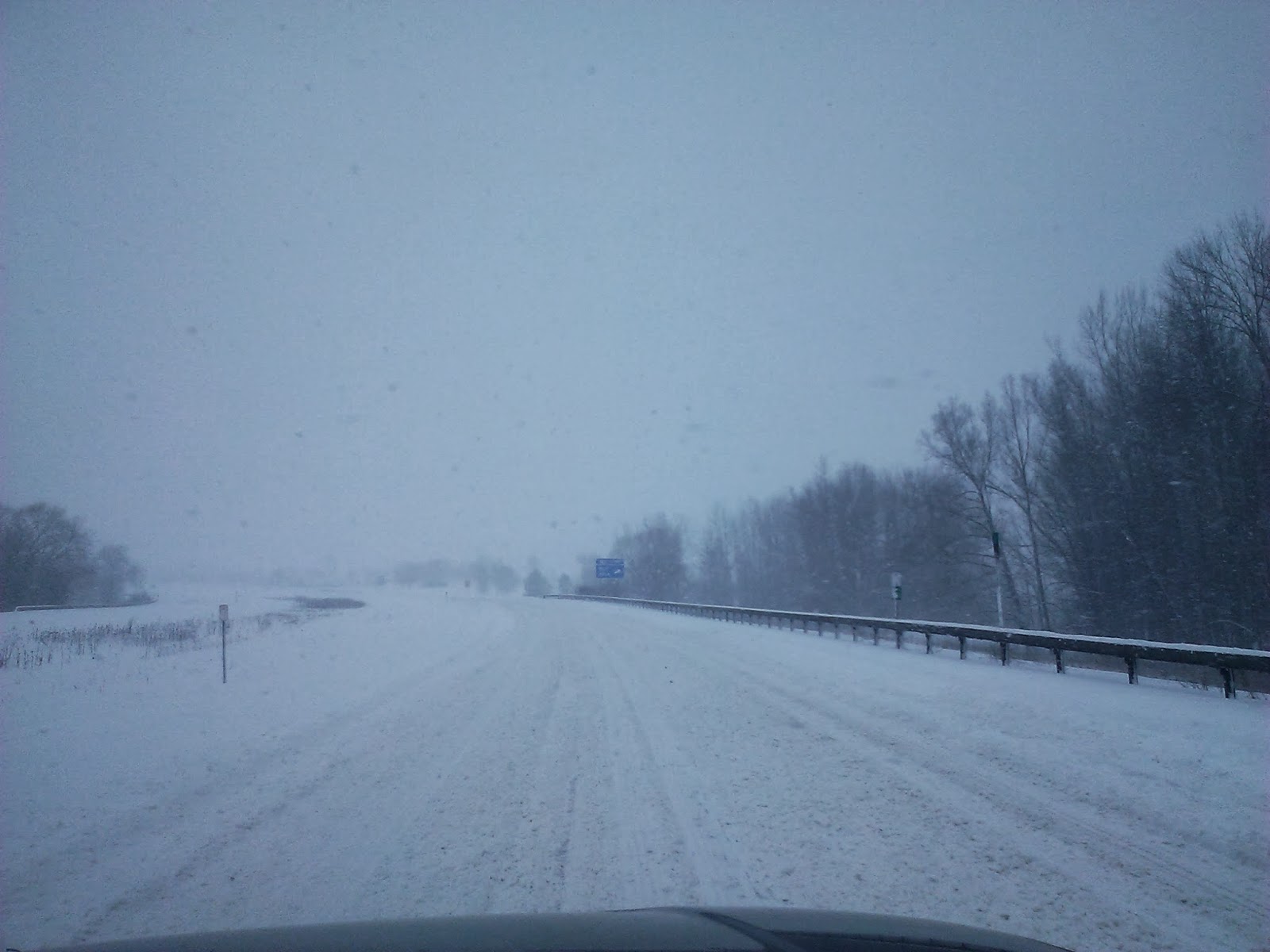 Until we reached the outskirts of the city which was no longer two hours away. More like four. 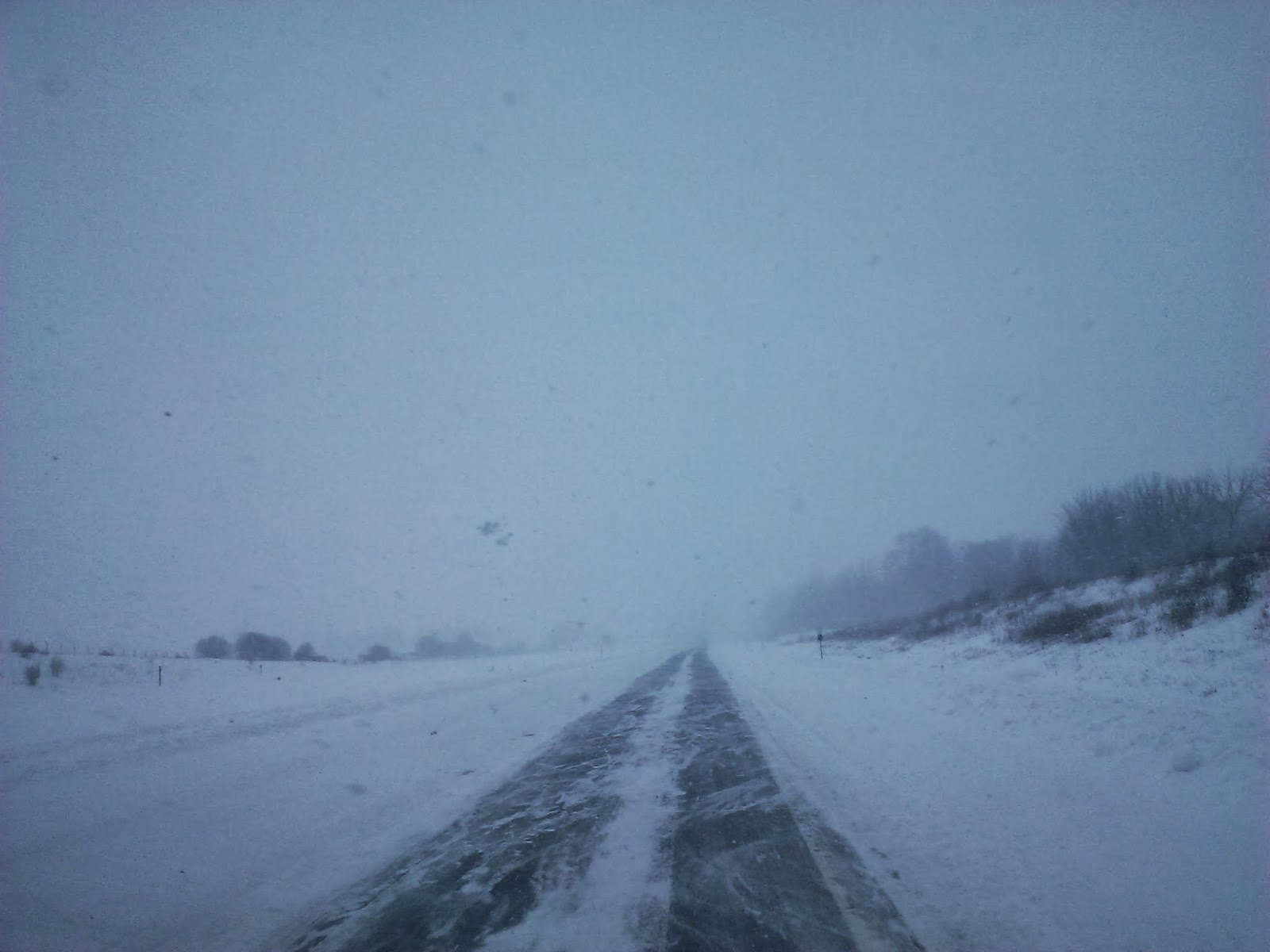 But we got there. It took two days for hubby's hands to unclench. If it was me, we'd have been in a ditch in the first five minutes.
Posted by Alenka at 7:30 AM