On the Road Part 1: A Florida Rose Window

Amazing what you see when you turn off the road.. 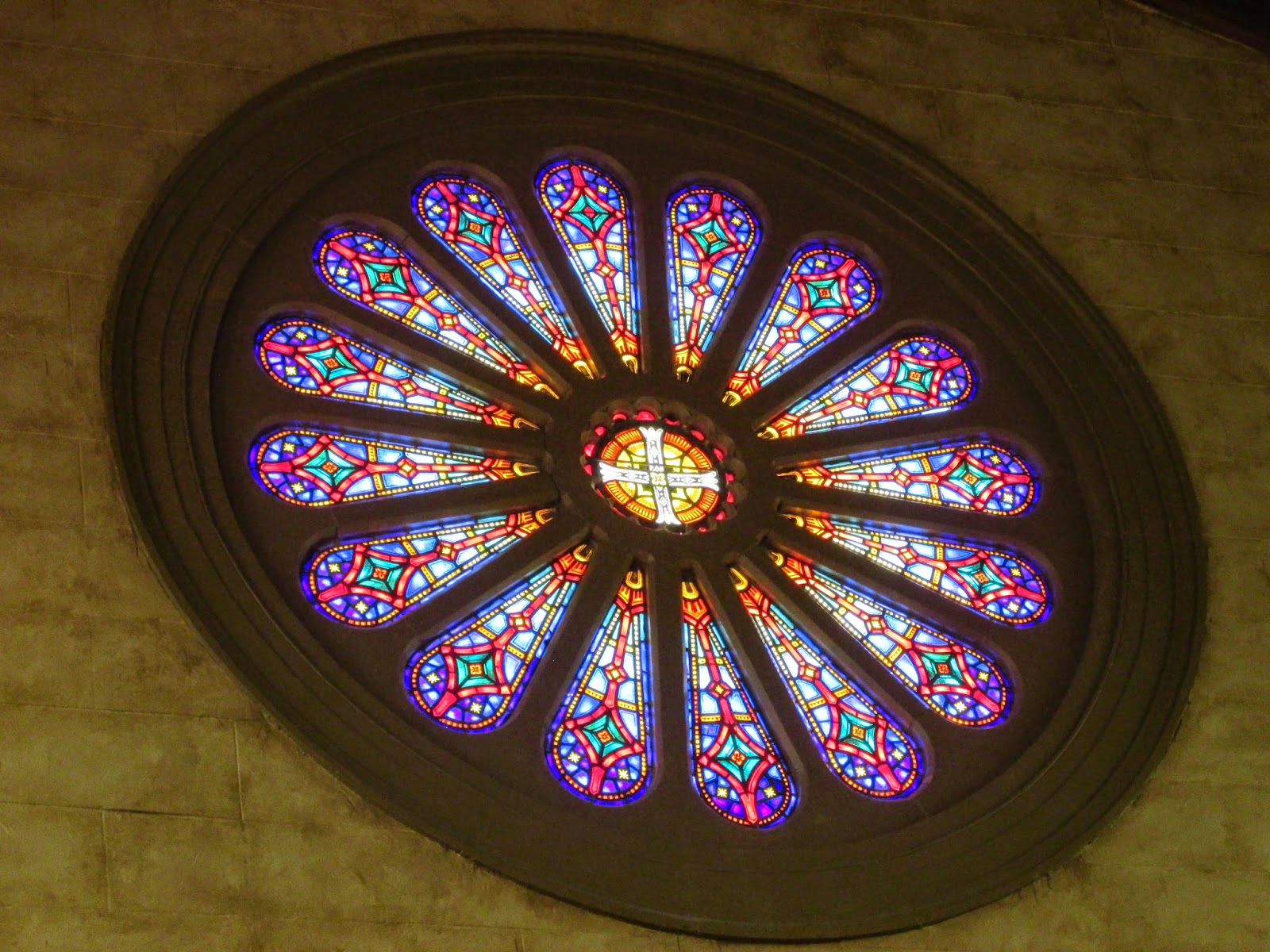 Like this fine rose window which belongs to the Abbey church at St Leo University, north of Tampa, Florida. 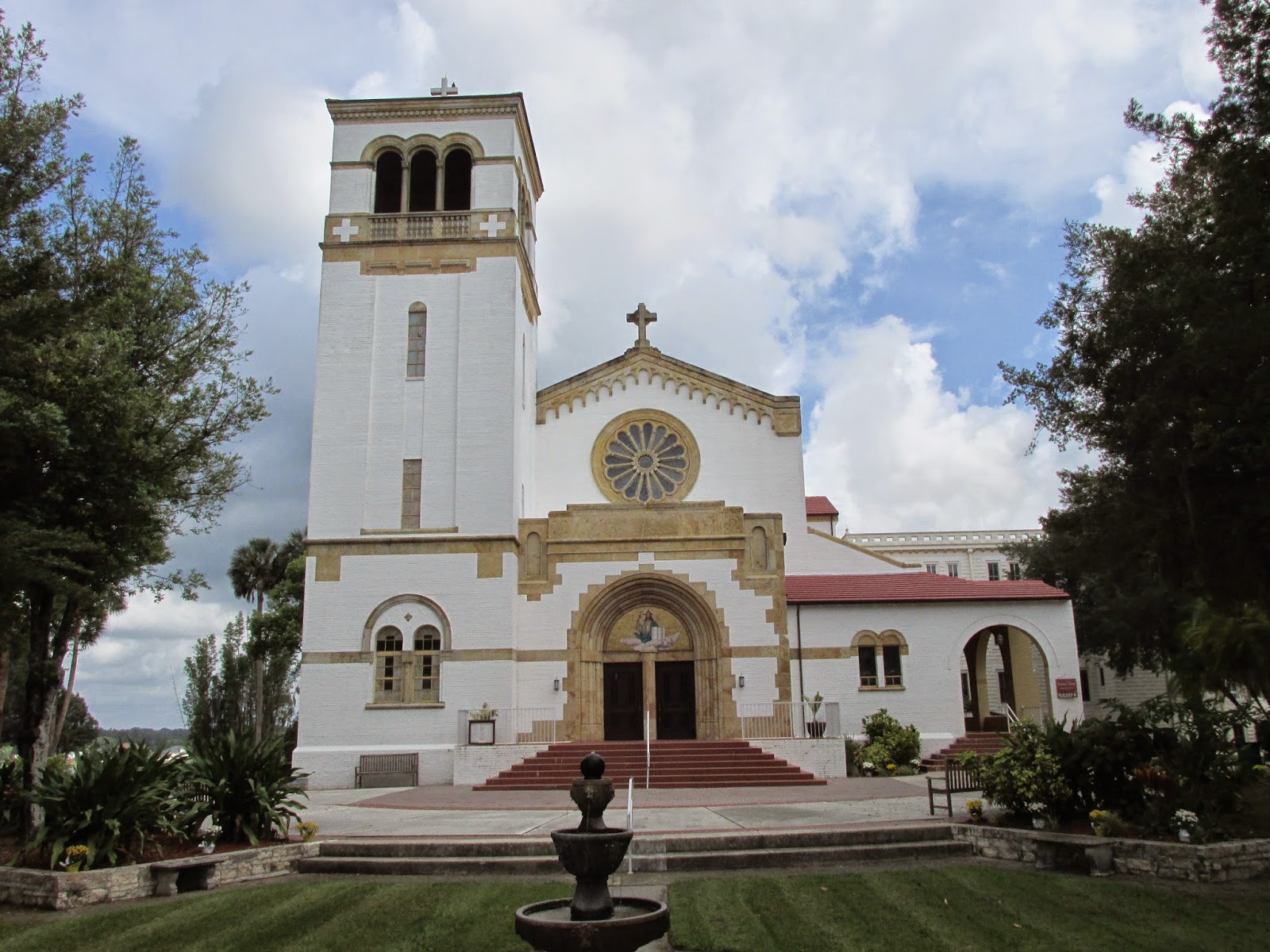 We swung in through the campus gates - beautifully bedecked with flowers. St Leo, apparently is big in educating members of the military forces studying for degrees. It's also Florida's oldest Catholic university, a phenomenon we don't really have in England, founded by Benedictine monks. According to its Wikipedia entry it became, for a while, an "English-style prep school". I wonder what they mean. An English-style prep school being a private school for little boys, whereas an American-style prep school is a private school for ages 14-18. (As opposed to a "public" school, which in England is of course a private school, etc etc.) I suspect they may mean the latter. Anyway, it's back to being a university now. 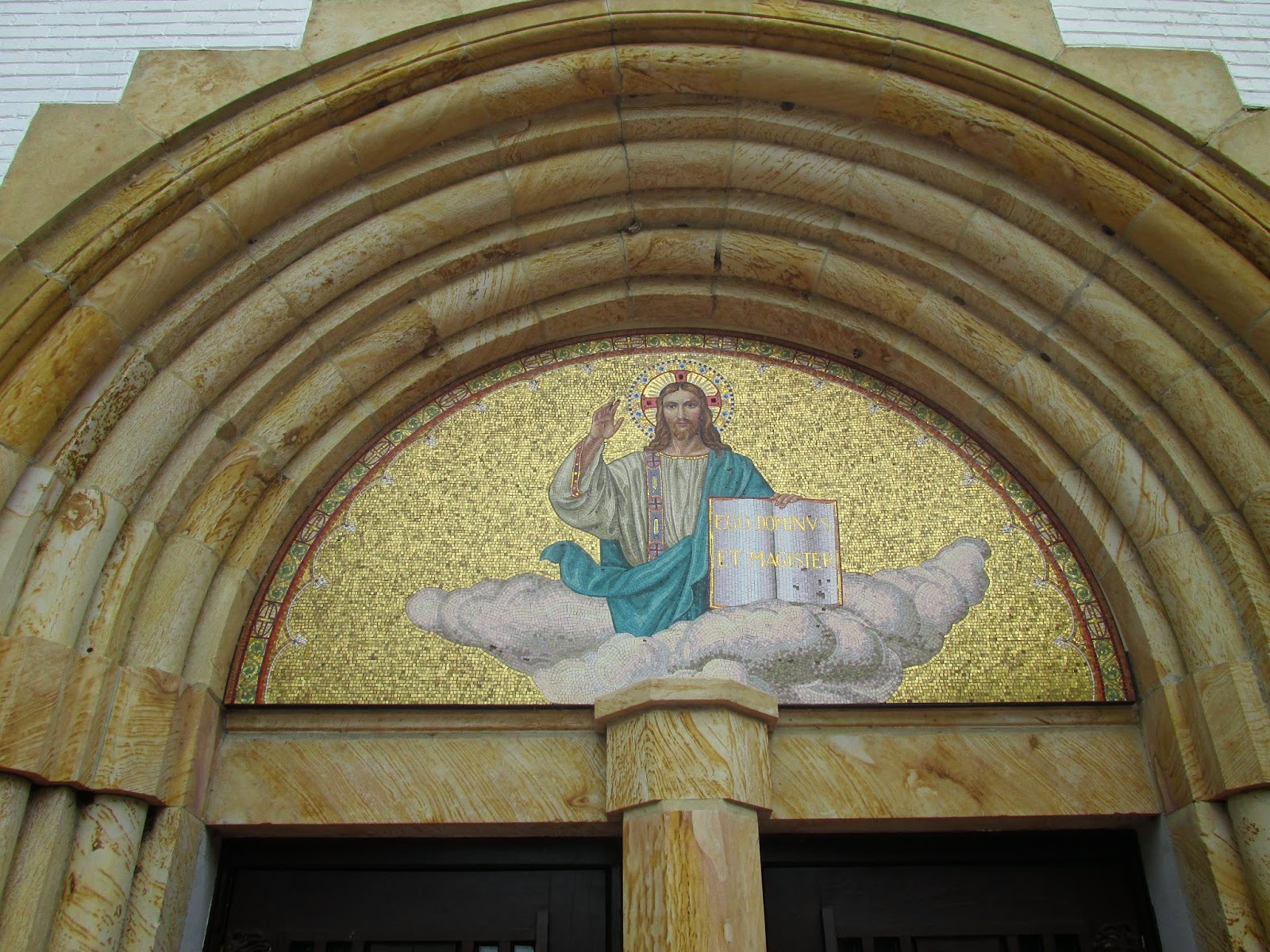 And I would think, a rather nice place to study.
Posted by Alenka at 7:11 PM