Golden Beach Gets a Makeover Part 3

You might remember that, back in the autumn, our beach was reduced to a shadow of its former self. You could barely walk along it any more. All rather alarming. 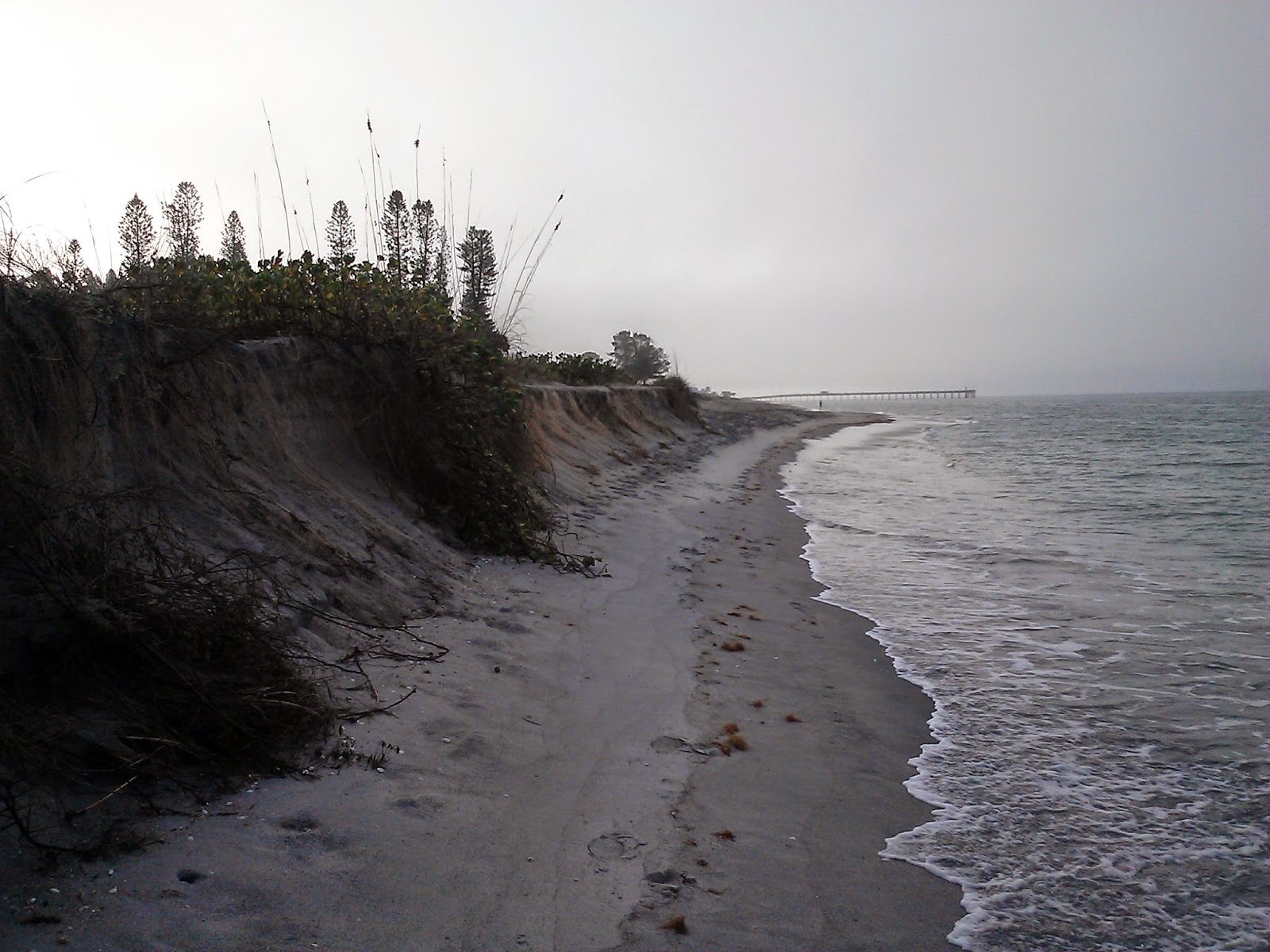 But modern technology in the shape of an invasion of  infernal machines came to the rescue. Now here is what it looked like yesterday. A big fat pipe running the length of the beach - and down which sand was shooting, the dredger still out on the horizon. 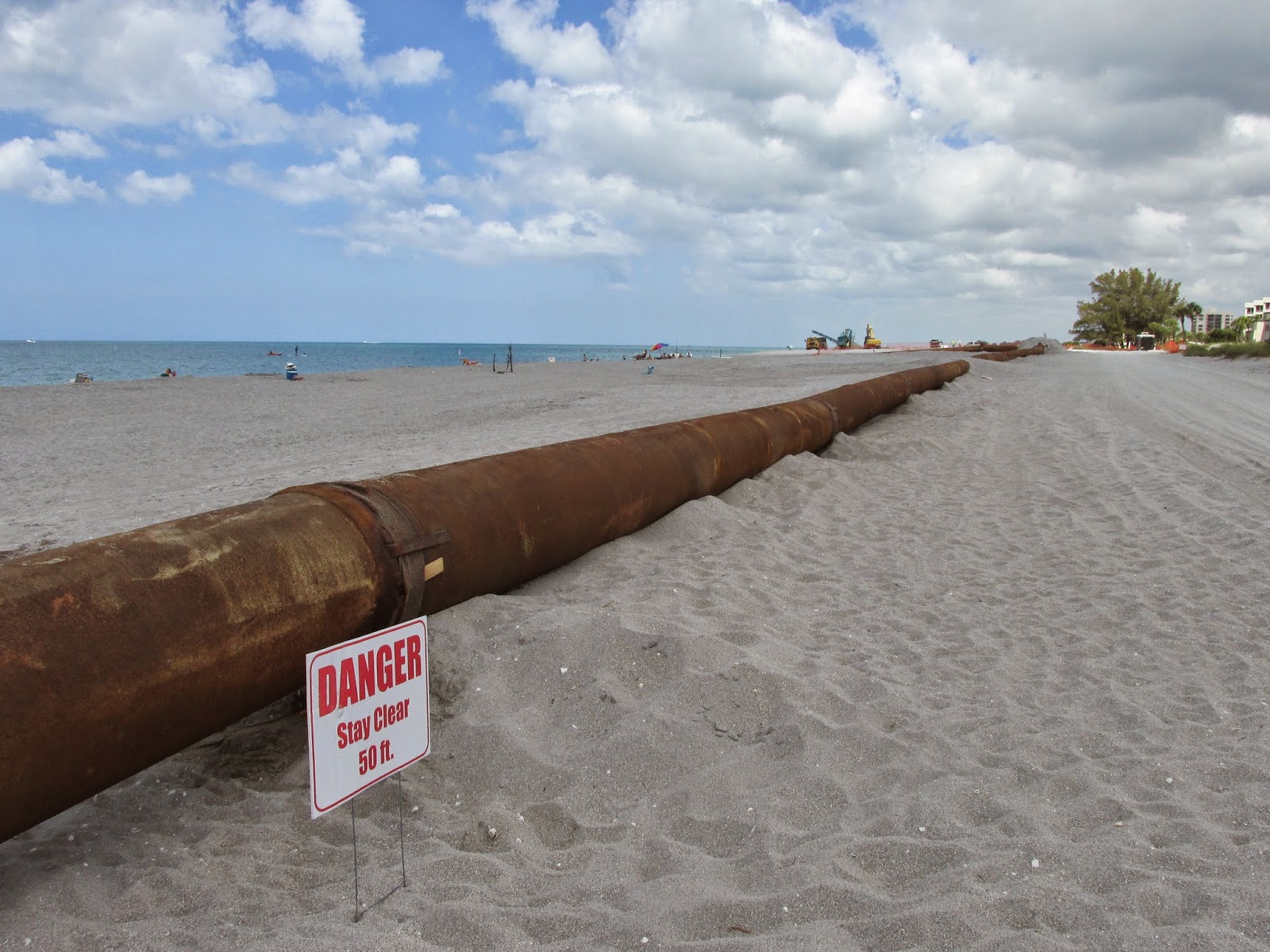 Most people were ignoring the danger signs and climbing over to sunbathe and hunt for sharks' teeth as usual. Someone had conveniently piled up banks of sand in places to facilitate this.  Nice to see Americans thumbing their noses at elf'n'safety for once. And the beach is now indeed a lot wider. 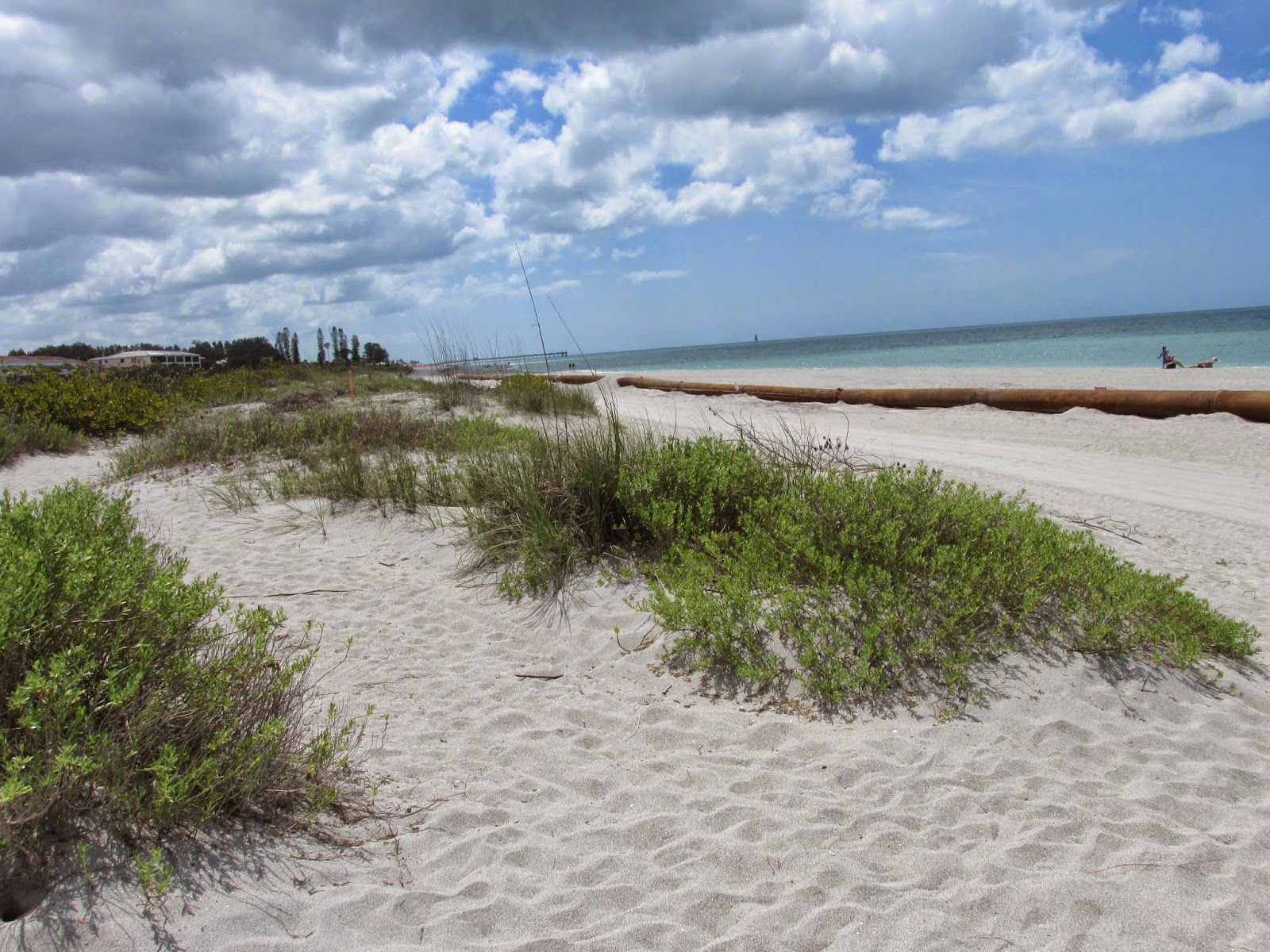 And today there has been frenetic activity - much beeping of reversing bulldozers at either end and the pipe has been dismantled, the sections piled up. All very promising. 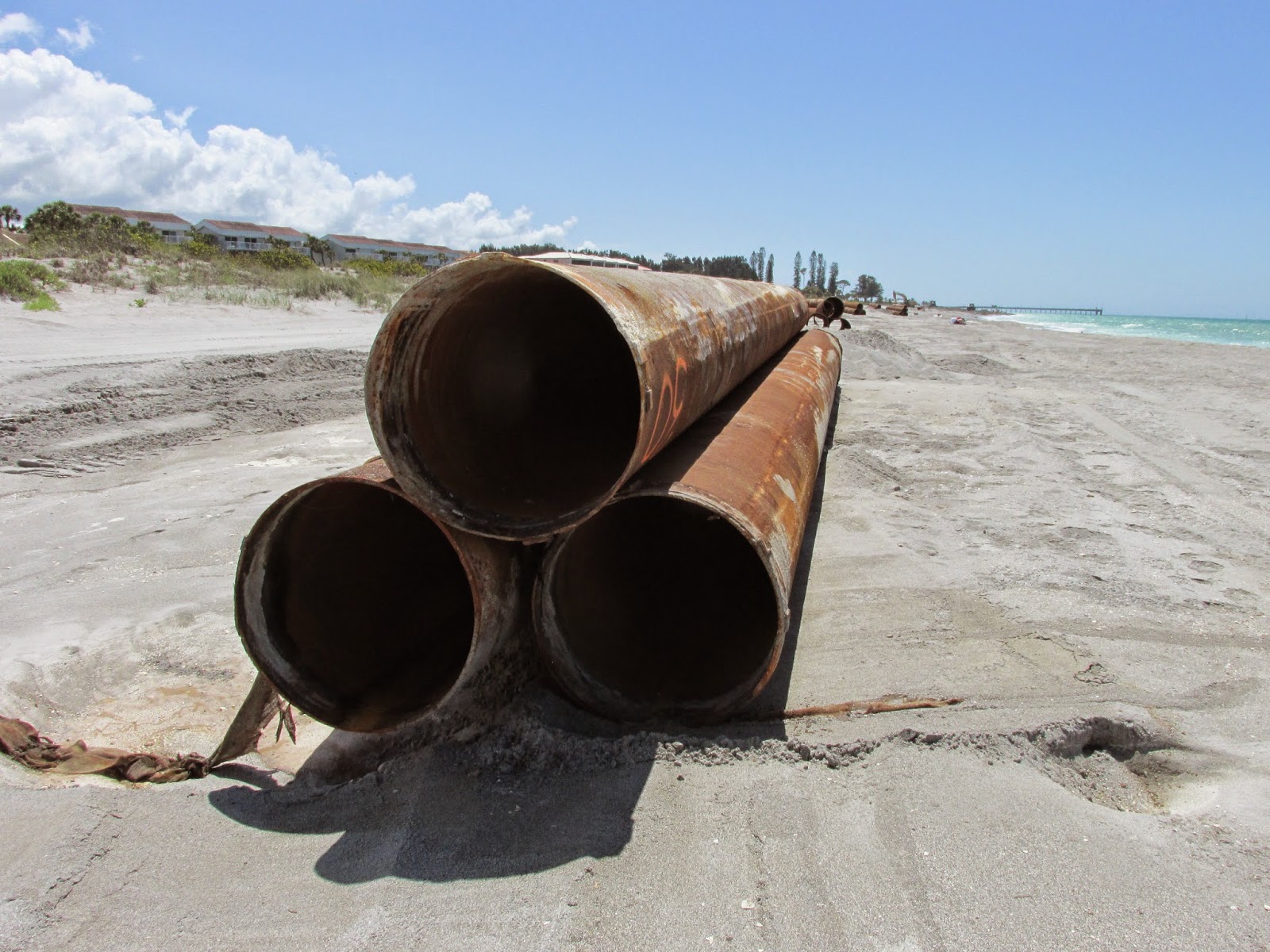 Because of course they've realised they are running out of time. It all has to be done by 15th April, which is not only the anniversary of the sinking of the Titanic but as my neighbour informed me, Turtle Day. Get out of the way, the turtles have marked their diaries and are coming to lay their eggs and heaven help anything that disturbs them. 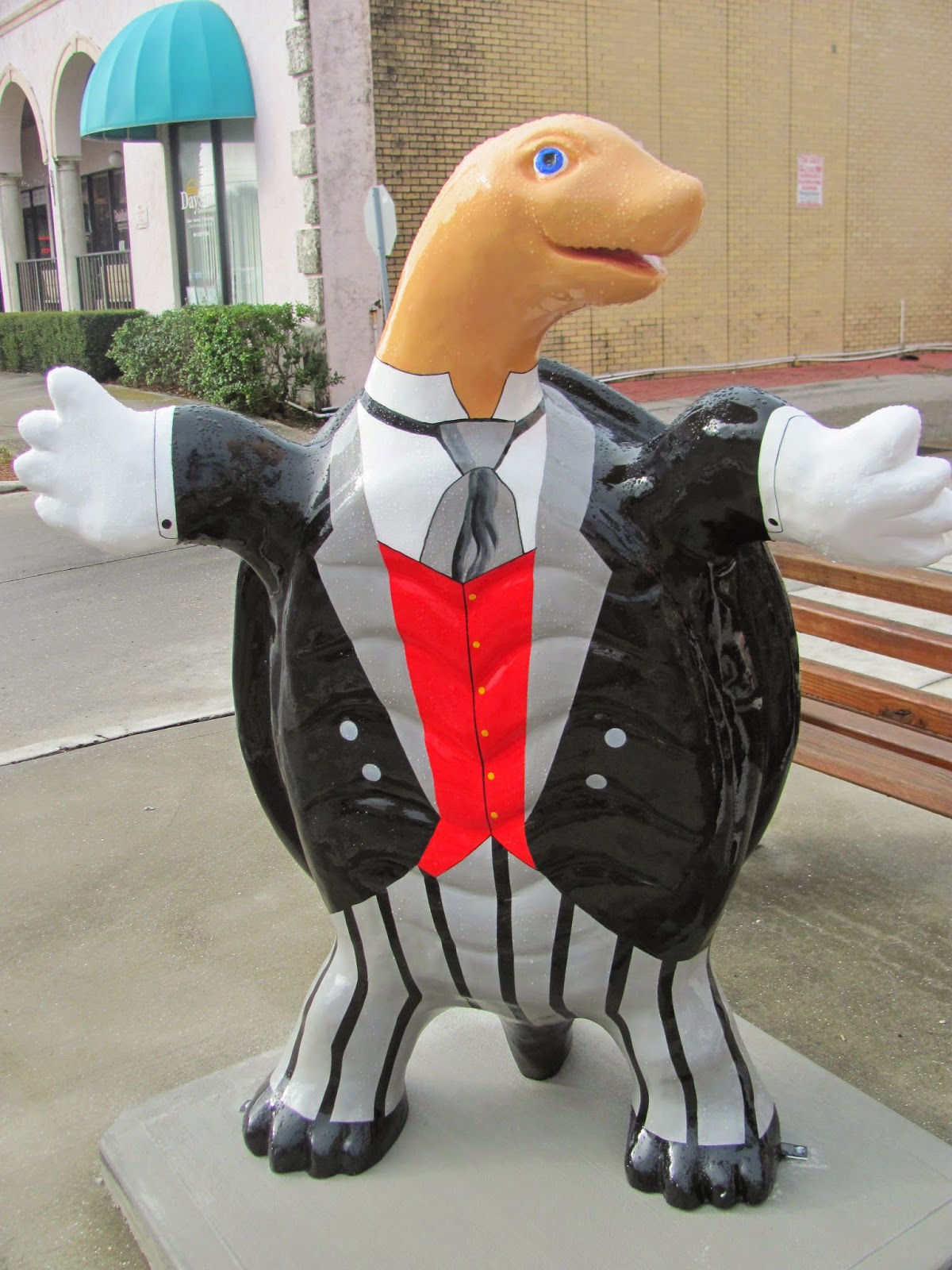