Flashback: The Balloon Rally that Wasn't

Our little western New York adventure started on a  Friday afternoon with an email. Some friends were on their way to watch a Balloon Rally.  Yes, those big hot air balloons with baskets under. It was in a place called Wellsville, about half way between our respective homes. Would we like to meet them there?
Well why not? Better than sitting at the computer.
The weather was  ominously thundery  but the drive to Wellsville was beautiful, through rolling hills dotted, occasionally, with the remnants of old oil wells.  The town itself, like so many in our region,  smacked of the lost prosperity of a bygone age.  A hundred years ago,  mansions were built from the profits of an early oil boom, the most spectacular of them a pale pink confection - Italianate crossed with gingerbread and a couple of Grecian statues thrown in. 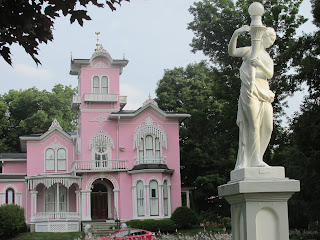 We’d arranged to meet  in the car park of the Catholic church,  up on a hill behind Main Street, 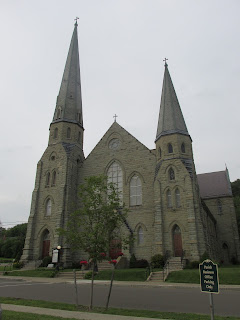 which  would be a good vantage point for watching the balloons.  We sat there, scanning the heavens. The six o’clock launch hour came and went. Nothing seemed to be happening.
I decided to walk down to the town park to check out the preparations.  It was Wellsville’s biggest weekend of the year – 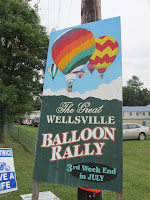 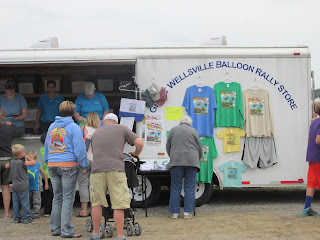 bringing camp chairs and picnics. The media were there in force 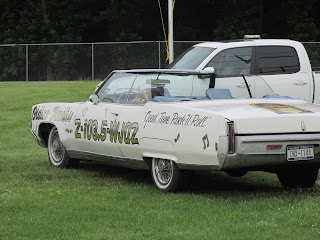 There were stalls selling local delicacies..... 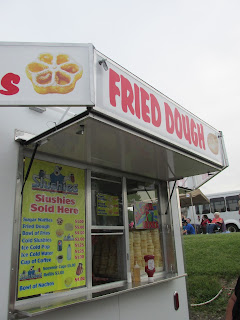 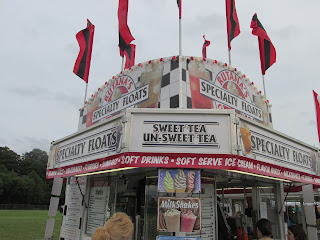 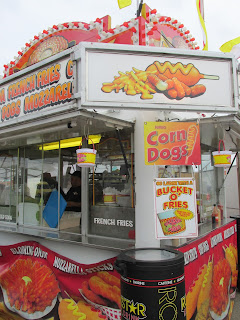 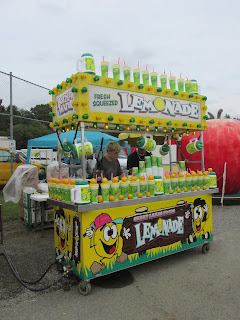 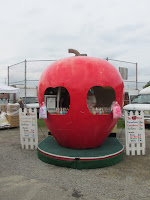 And a classy mobile pub 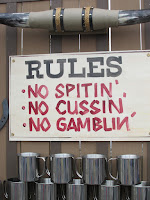 And everywhere  there were balloons ... 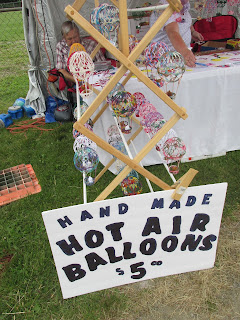 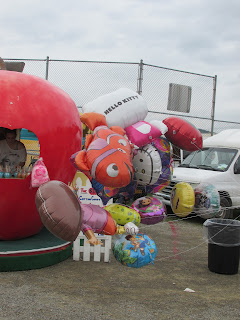 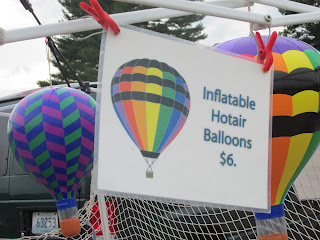 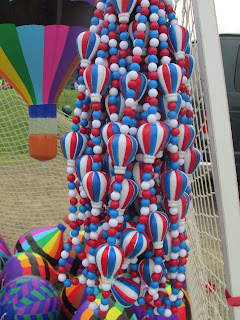 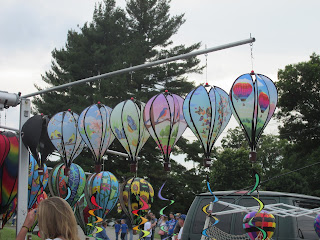 ..just not the sort we were actually here for.   I walked over to where people were staring intently at what appeared to be an empty field. 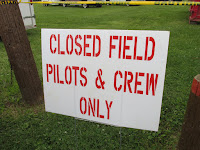 The sign looked promising.
“Is this where the balloons are taking off from?” I asked  a spectator.
He looked uncertain. “There was a balloon. They got as far as raising it up .. (at which point he helpfully proferred a photo he’d taken) ... but they took it down again.”
I pointed to what looked like a bundle of red and blue cloth that was clearly going nowhere, 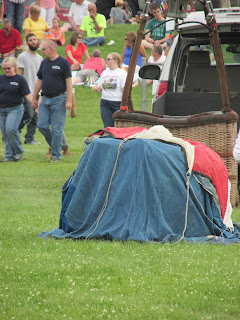 “That’s the balloon?”
“Uh-huh. Guess so.”
It seemed that the weather had won.   It was too windy. Seasoned locals shrugged their shoulders and got on with their revelry and their picnics.   Perhaps next morning would be better.
I hoofed it back up the hill to the church.
“I suppose”, I suggested, “We could take a look inside.”
We climbed the steps and tried the door. It was locked.
We were just about to call it a night and leave when a man came  up, waving.
“Hi how’re you doing? Would you like to see the church?”
He turned out to be the parish priest.  He unlocked the door. The church interior was gorgeous, newly renovated by the same people who did St Mary's in Olean 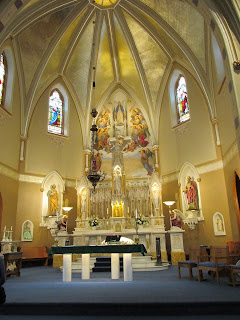 Father took us to the Victorian (yes, Americans say that too) presbytery, complete with a “widow’s walk” –a mini lookout tower - atop the roof. It still had its old gas lamp fittings. 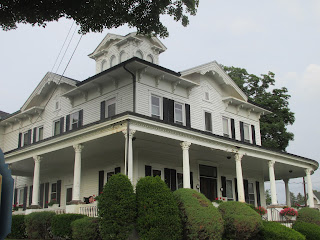 And a friendly pooch. 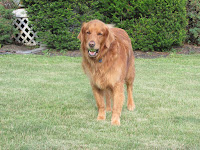 Two priests were in residence but these days they have six other local churches and chapels to look after as well. On the columned verandah, Father  offered us welcome cold drinks.
Sorry I can’t report on my first ever ride in a hot air balloon but there’s always a silver lining.  We got to discover a western New York gem and made some new friends. And as we stared hopefully at the empty skies, Father whipped out his iPhone and showed us some pictures of last year’s Balloon Rally.  There are worse ways to spend a summer evening.
Posted by Alenka at 8:14 PM