Where are the wet days we had in June?  The weather is warm and drowsy - the mornings thick with fog before the sun breaks through, 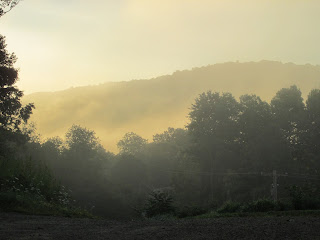 thick dew on the grass, spiders' webs scattered about. 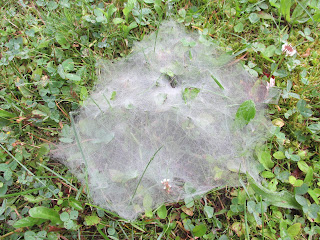 A glimpse back to haymaking by the Five Mile Baptist Church ...Now they're harvesting the beans. 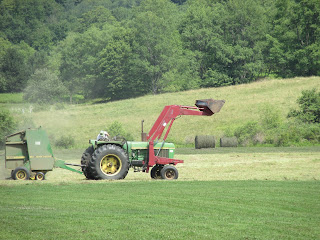 Forget-me-nots by a not-quite-mountain stream. 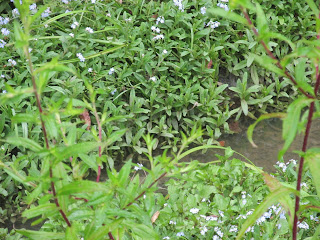 Asters purple in the evening light. These are useful as they just colonise my flowerbeds. No need to go to Home Depot and pay for them. 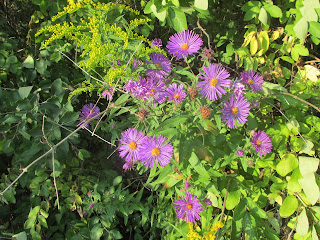 And fields full of goldenrod. 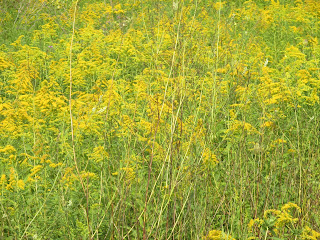 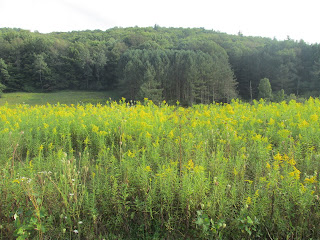 And fringing the stream. If you don't like yellow, you're out of luck around here in September. 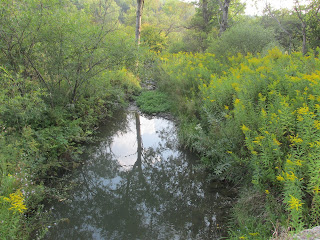 This has not been a good year for apples. The old sentry box under this tree is where children, presumably grown up now, used to wait for the school bus. 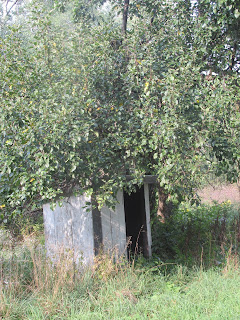 Like a moonscape, a crop of sinister, spiky mullein,  a European import, I read. 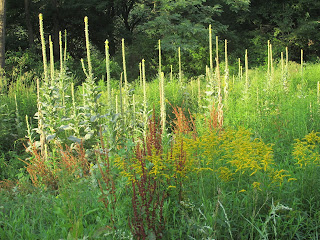 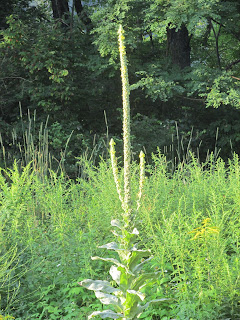 For the Indians here, mullein was more mundane - they lined their sandals with it to keep out the cold. Speaking of which, is this strange, ghostly, mushroomy plant growing under our fir tree Indian Pipe? 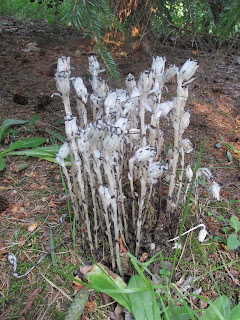 Well it is an Indian summer. But alas, here's a first glimpse of red, even if it's only a sumac. These wimpy, alien trees are always the first to succumb. 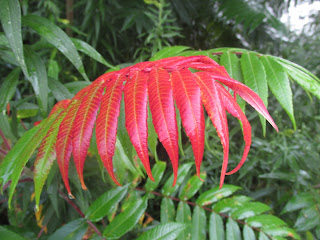