In A Field In Pennsylvania

From the site of an old, nobly lost battle to a modern one. 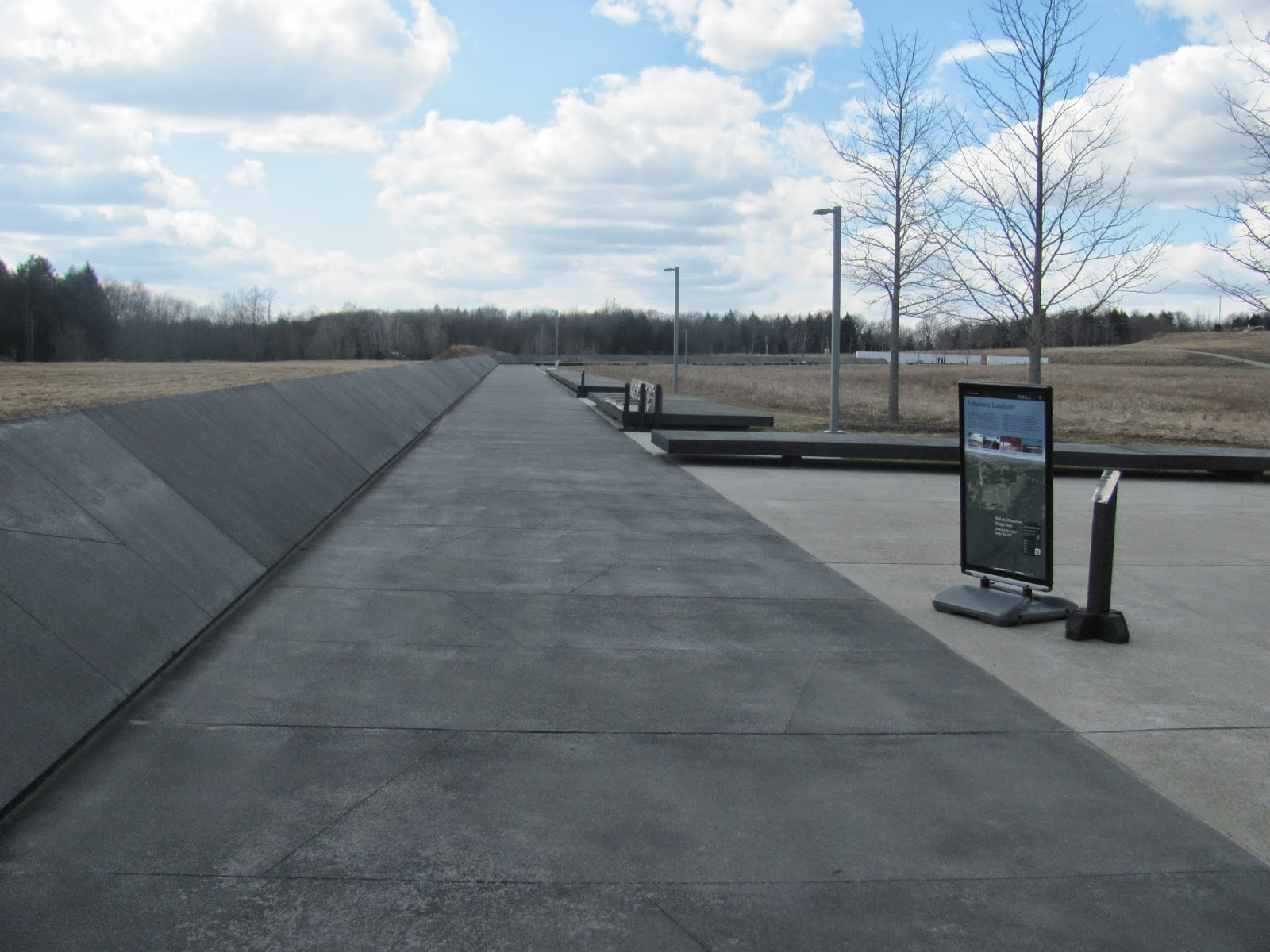 On a cold, windy, sunny early spring day I looked down the stark walkway that marked the doomed path of United Flight 93, one of the four planes hijacked on September 11th 2001, incredibly, more than twelve years ago. Thanks to the gallant intervention of passengers, United 93 never hit a target (meant possibly to be the Capitol or the White House) but crashed into a field in Pennsylvania.
In the niches along the walkway, people had left souvenirs and tributes. 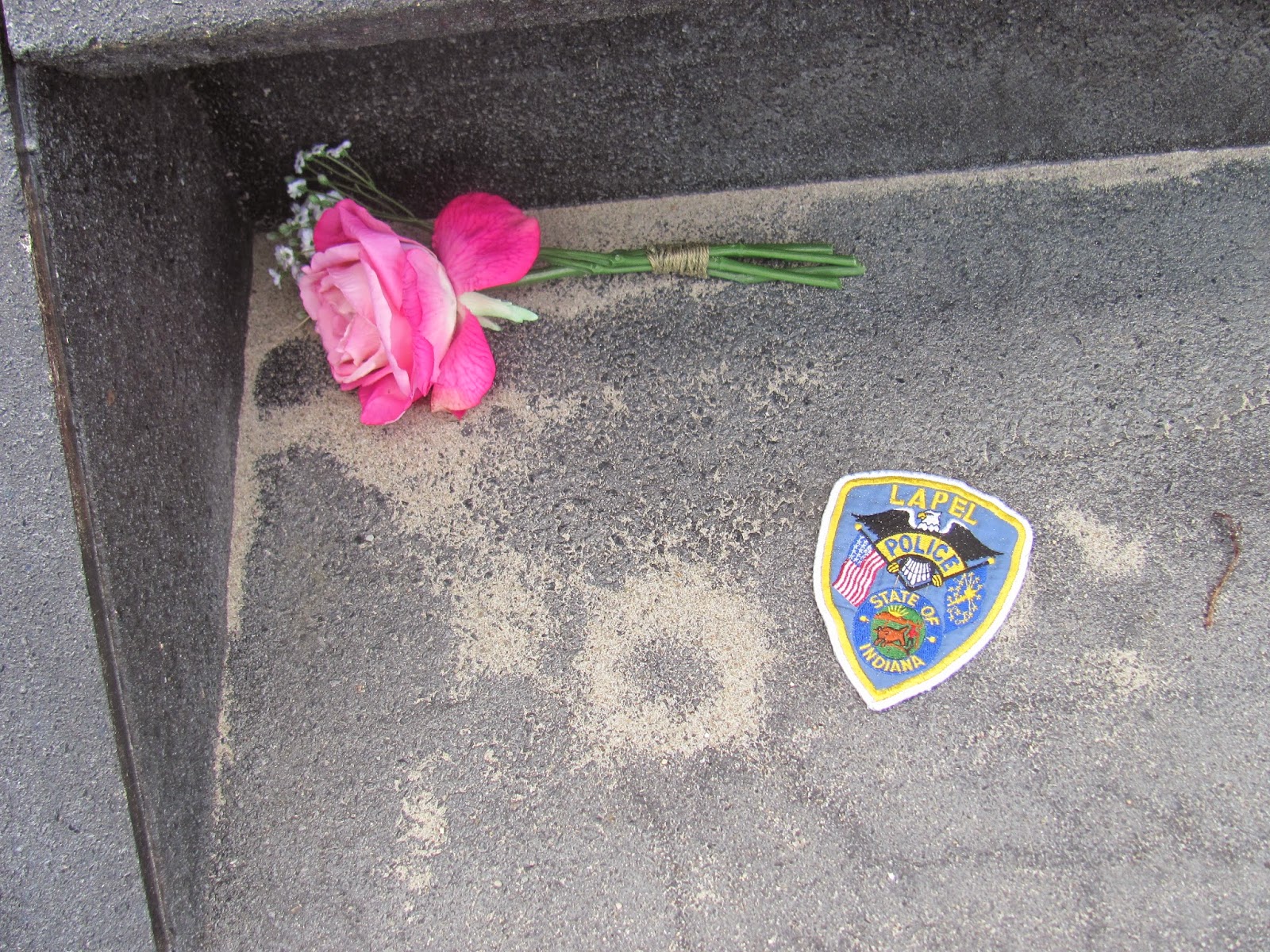 I wonder how this numberplate came about. 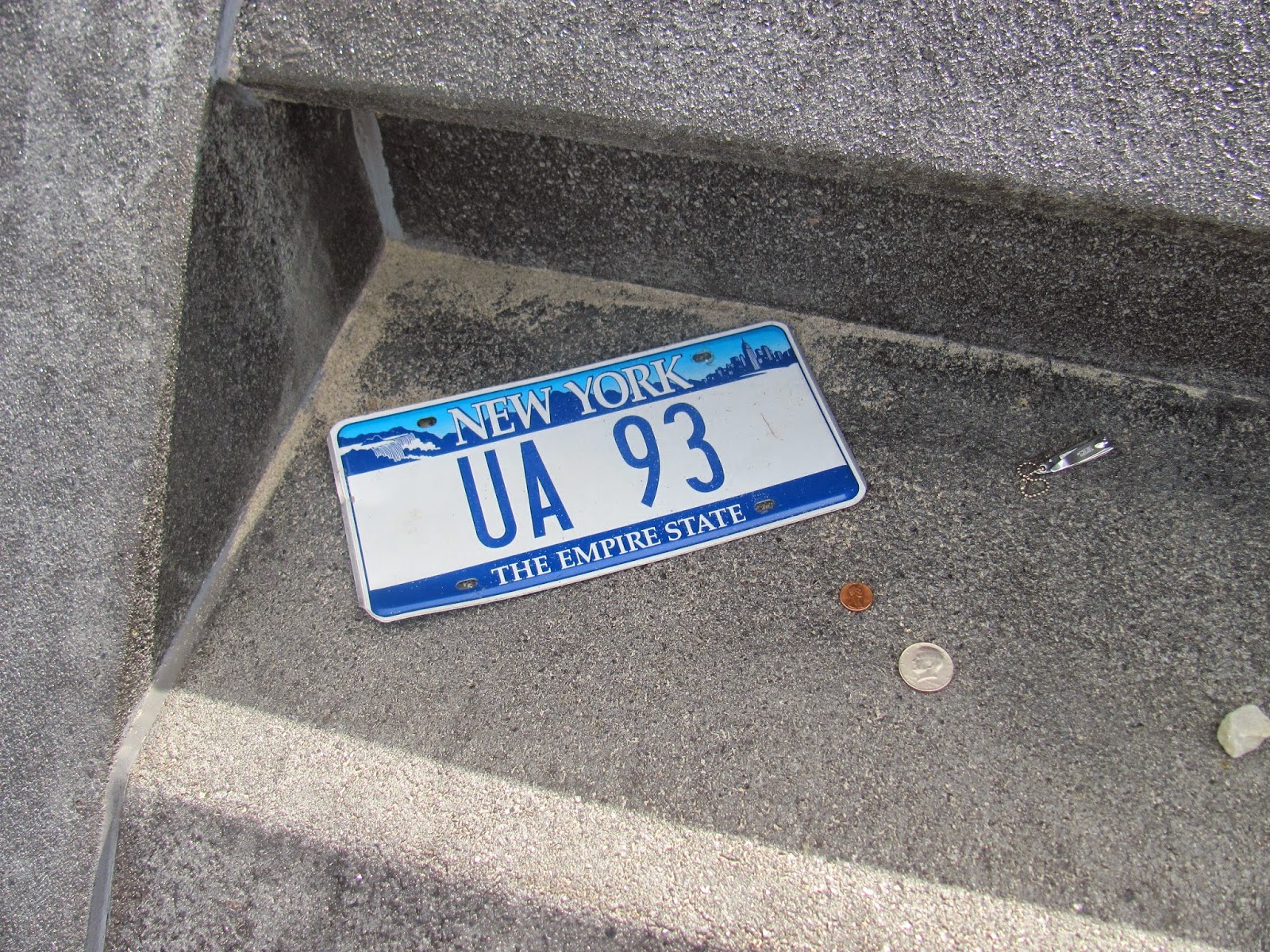 At the end of the walkway, simple white blocks displayed the victims' names. 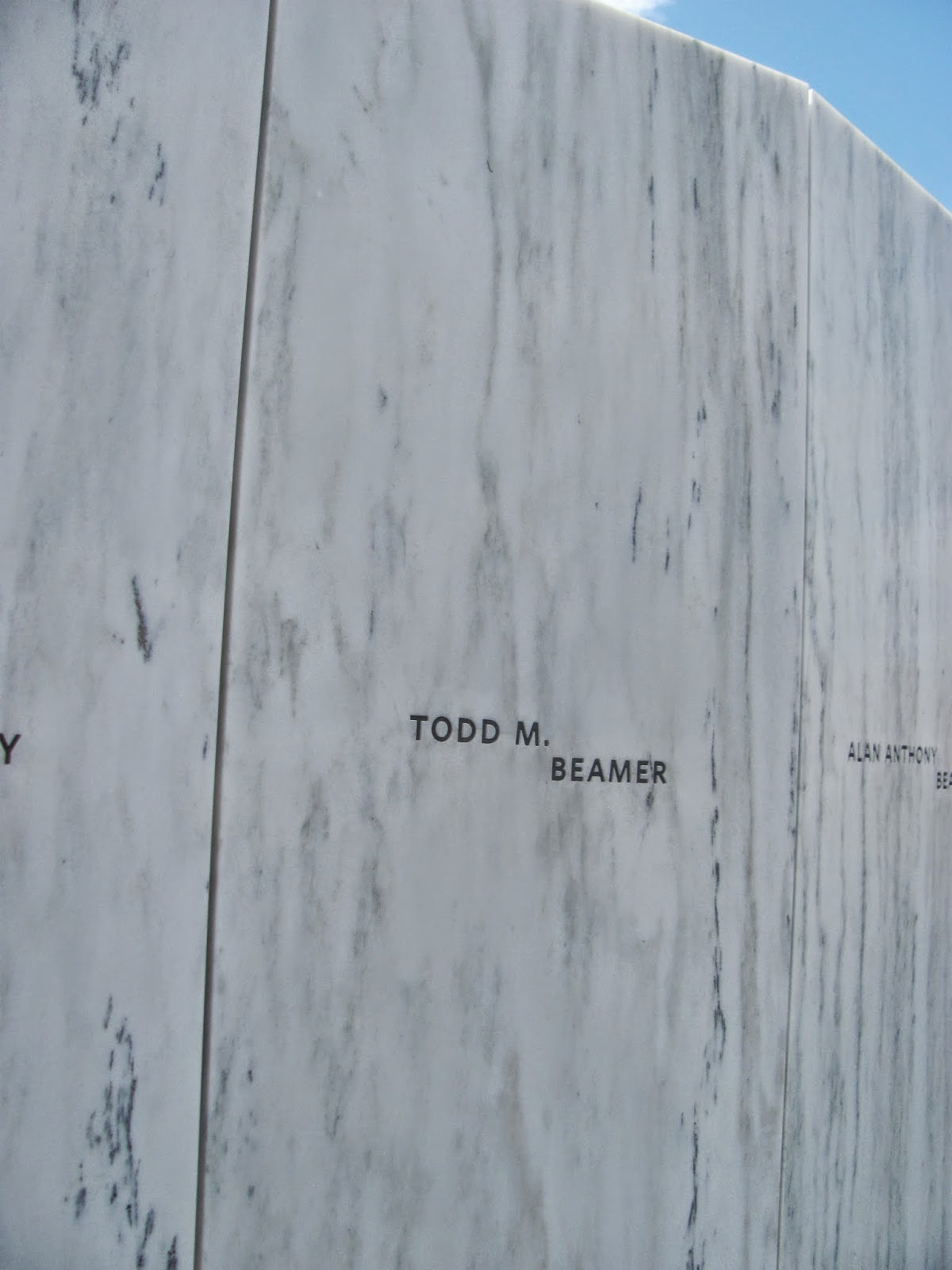 Through the bars at the end, you could look towards the place where the plane finally ploughed into the ground. 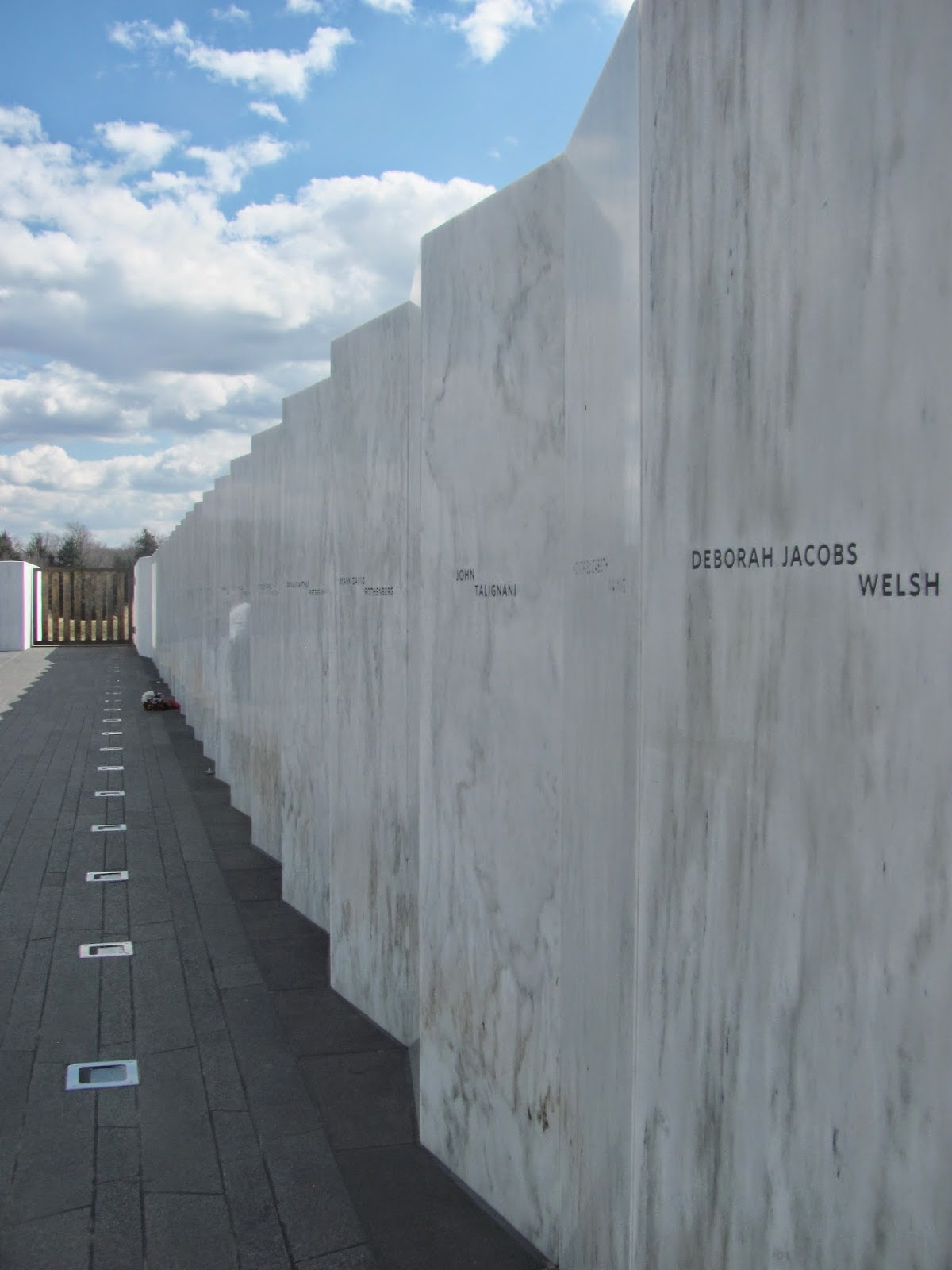 Now marked by a boulder. 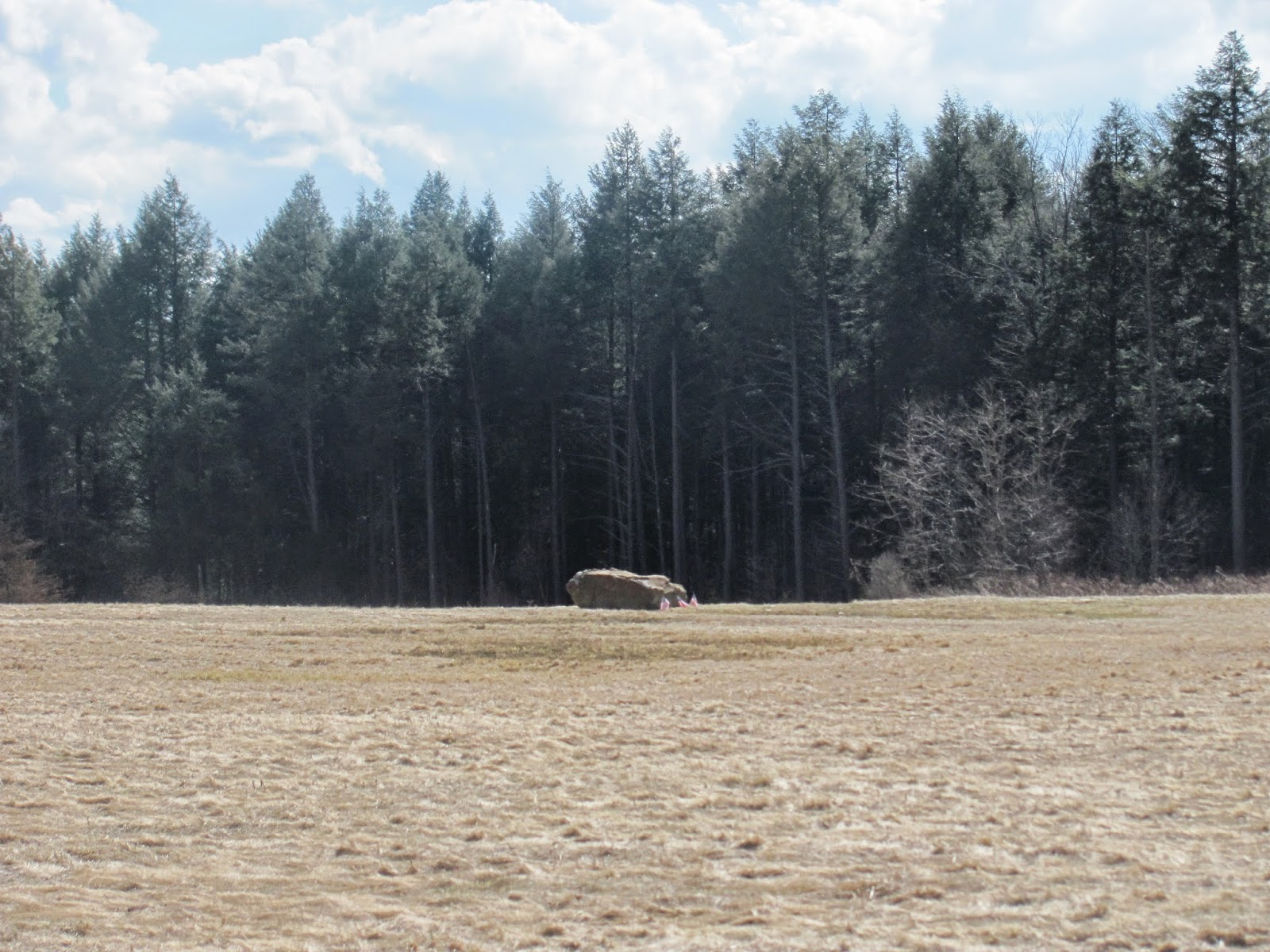 I couldn't look at their faces without tears. 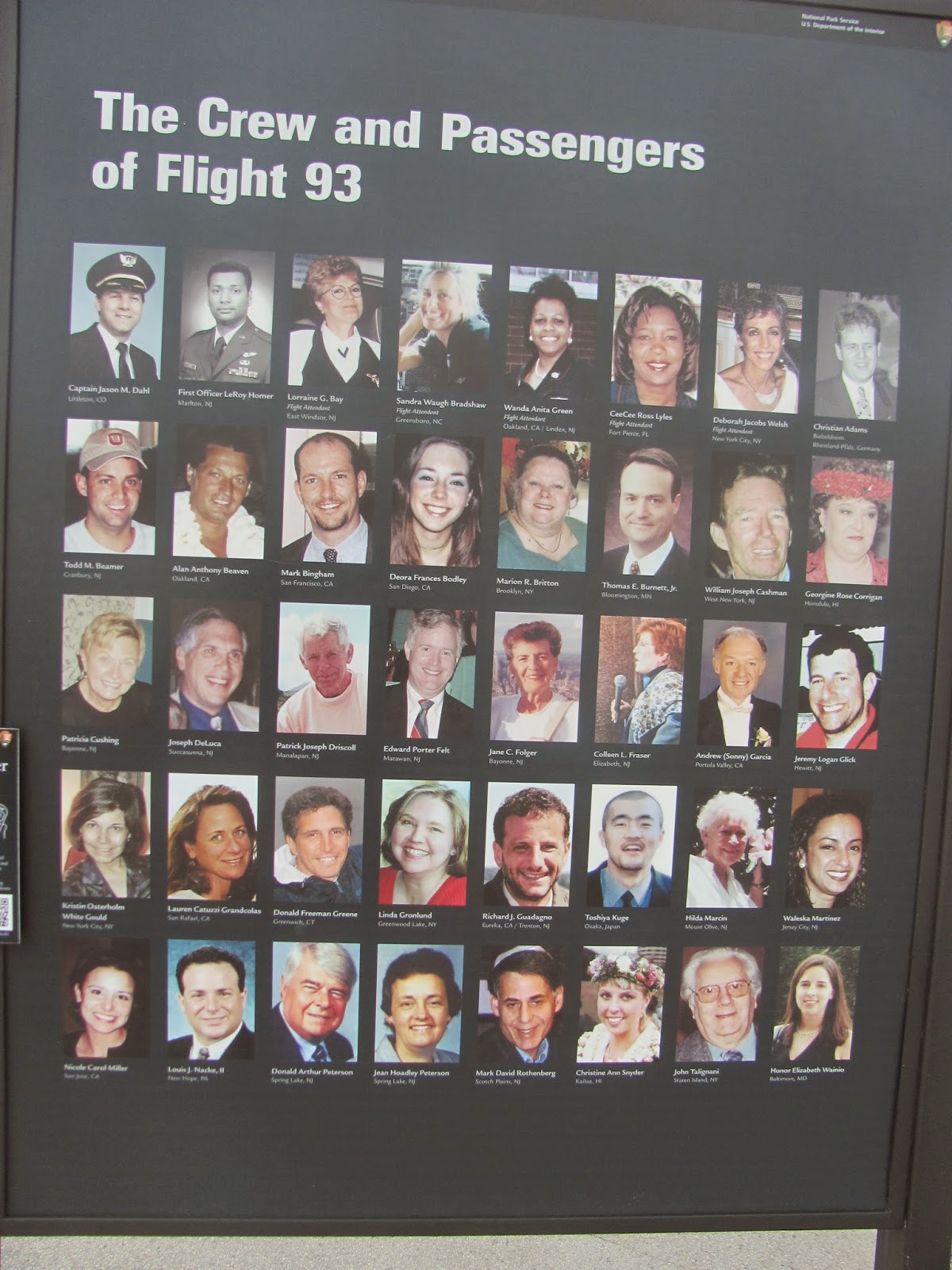 When it happened, I was working for the BBC World Service in London, running a department that, among other things, put together news features and sound clips for the BBC's newsroom and foreign language services. I don't think I slept for two weeks. The young assistants processing the material had to wade through so much desperate sadness - the phone messages from the towers will always be etched on our minds. We were offered counselling but of course what we went through was nothing to the tragedy for the victims and their families. I remember a few days later  going to the second last night of the Promenade concerts in the Albert Hall. It was Verdi's Requiem - selected far in advance of events but so appropriate. The conductor dedicated the performance to those who had died. Everyone in the great auditorium was crying. Another battle where we were truly on the same side. 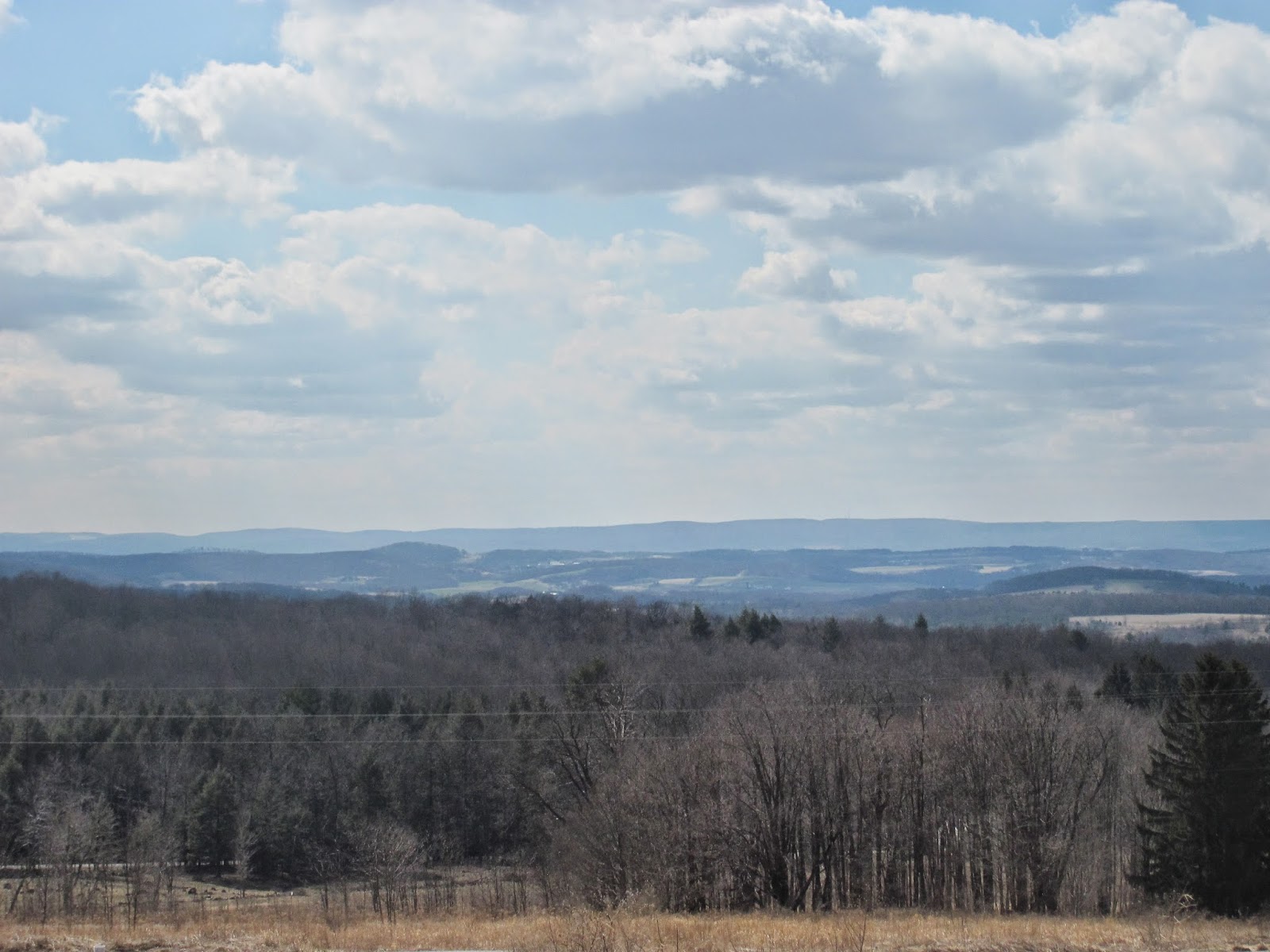 I like the way they've done the memorial. It's simple and surrounded by beautiful views. They plan a grove of trees to commemorate the dead. The only sound was the building work on the new, obligatory Visitor Centre but let's hope we'll be spared kitschy souvenirs and Flight 93 T-shirts.
Posted by Alenka at 2:40 PM