We've long wondered at the glorious displays of pink, purple and white wildflowers on the western New York roadsides and in amongst the trees. Nothing speaks quite so much of early summer around here. They appear in June but never in the same place. 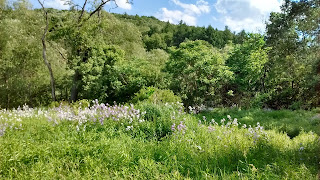 Like the autumn leaves, they're at their best along the motorway where it's impossible to take a picture and in any case, I can't so them justice, just offer a poor sample. 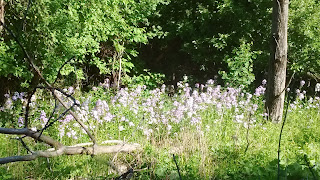 They have a delicate, sweet scent and I wonder how they decide which colour to be, though they always succeed in making a perfect pattern. 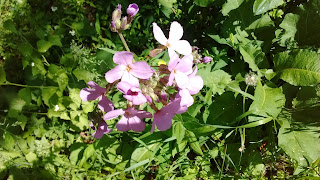 We assumed they were phlox but have since done some research which leans towards them being Dame's Rocket, Hesperis Matronalis,  Mother of the Evening and gilliflowers among other names.  They came from Europe and have settled in America, so I have some sympathy with them. I note that some politically correct states like Colorado call them a "noxious weed". And they are "prohibited" in Massachusetts. All the more for us, then. 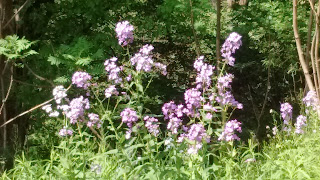 We once tried digging some up and replanting them in the garden but it was hopeless. They won't be told where to grow. 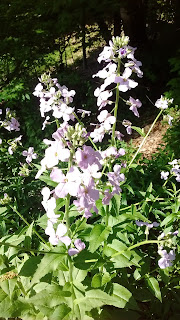 Though this year, some cheeky ones have appeared around my hopeless hydrangea, as though taunting it to bloom for once. 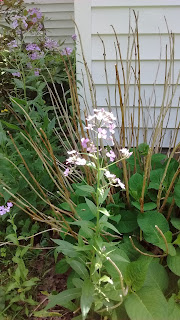 They may technically be weeds but I'm not about to ask them to leave.
Posted by Alenka at 5:35 PM