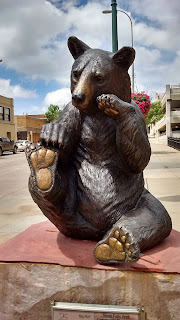 A bit too Disney- like, if you ask me. It's actually a desert big horn. I assume the famous battle was fought over a little one. 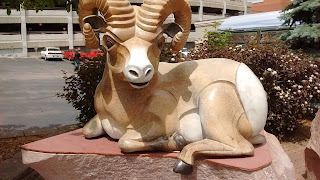 This is called Barborygmid 4. Don't ask me. 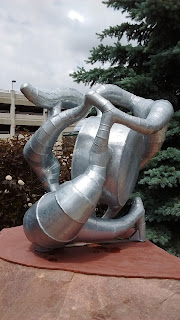 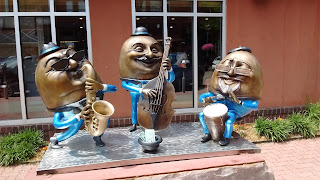 outside a quaint-looking diner, where we had brunch, or rather tuna and egg salad sandwiches. Incidentally, Americans call egg mayonnaise "egg salad". I learned that the hard way. Egg salad is not a salad with slices of hard-boiled egg on top. Likewise with chicken or tuna. 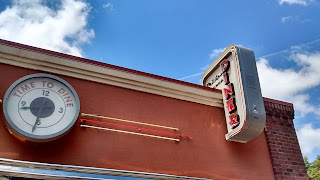 The downtown had some pretty flowers and quite a buzz to it. 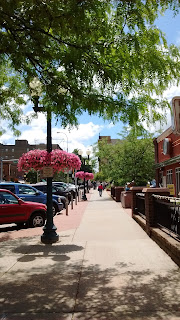 And two jolly baseball players. Come to think of it, that could be a pub sign. Doesn't have quite the ring of the Cricketers, though. 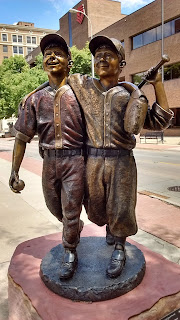 The sculpture was called "Day at the Park". I didn't get this at first. I think they mean a baseball stadium, which Americans call a ballpark.
to be continued.
Posted by Alenka at 8:12 PM