Don't Fall in the Falls

Not that far from David are the famous Falls of Sioux Falls and the Big Sioux River. Niagara Falls they're not but they're interesting and a spectacular place to wander around. 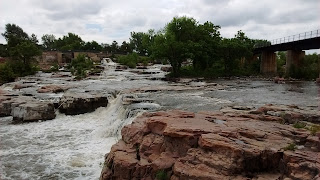 There's a duck on that little island. We watched a duck seemingly fighting the current and desperately struggling out of the water. Then another one. Obviously they do it for the tourists. They know which side their bread's buttered. 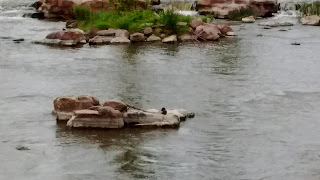 We kep hearing ghostly train whistles. This looks like a working railway but there's nothing to stop you walking on it. 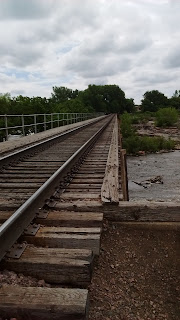 There are of course the requisite cautionary signs. 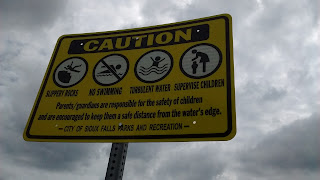 And they went to a lot of trouble to draw yellow lines on the steps so you wouldn't trip. 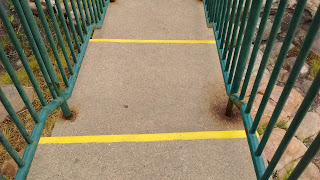 Meanwhile people were happily clambering all over the rocks, which are a pretty pink colour. 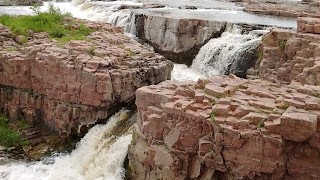 Something about it reminded me of Petra - though these weren't manmade ruins of course. 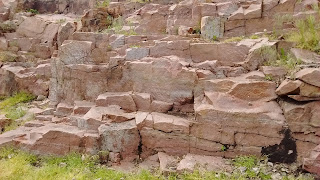 Although if you look carefully in the distance.. 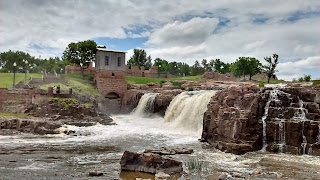 There are some genuine ruins -   the remains of an old mill, the Queen Bee mill, built in  1881. Of course when the first European settlers arrived, the place was just crying out for a mill. 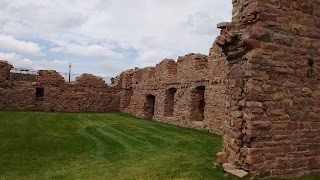 This is what it looked like. The stone is Sioux Quartzite, quarried on site. The building was state-of-the-art at the time. 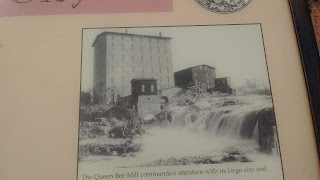 And of course there was the requisite tourists' trolley bus. 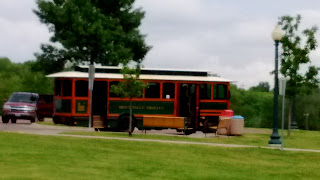