Last weekend, hubby and I had cause to go to Sioux Falls, South Dakota. It may be in the middle of nowhere but Sioux Falls has a lot going for it. It has an interesting history, with boom periods connected to the railways and the meat packing industry and has reinvented itself as a prosperous centre of medicine and banking. It also has a fabulous 1940s style swing band which played at the wedding we went to. But it's also famous for having a replica of the statue of Michelangelo's David. 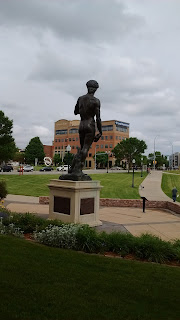 And here he is with one of the snazzy new buildings behind, proving we weren't actually in Florence. 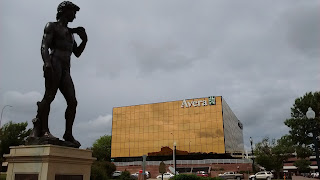 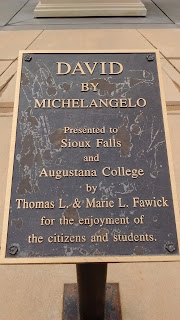 Mr Fawick, who died in 1978, apparently made his fortune on clutches, transmissions, violins, sound systems and golf club grips. That's the American Dream for you. 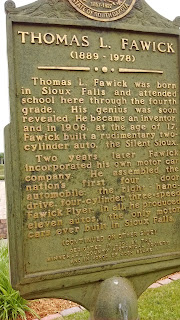 The irises were pretty too. 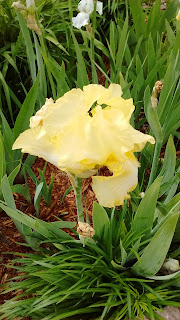 But why is it called Sioux Falls?