After the wedding, hubby and I headed over the border for a little snatch of Canada. It was interesting to  be greeted in French by the girl at the tollbooth.  Unlike the French French, who hate to hear their beloved language being massacred, the French Canadians, in my experience, actually let you speak French to them. Some, in fact, refuse to speak English. It's a matter of honour for them. (Though things can get a bit tedious on Air Canada when you not only have to put up with the announcements but hear them all in French as well, even on the Toronto-London flight when pretty well everyone speaks English. )
We bypassed Montreal and soon we were out of Quebec and into Ontario and everyone spoke English again. We were headed for the picturesque town of Brockville, on the St Lawrence River.
Brockville started off nicely. 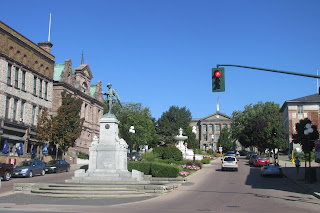 It had a promising pub 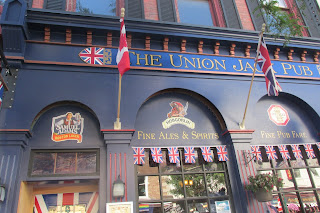 Plus they know how to spell in Canada 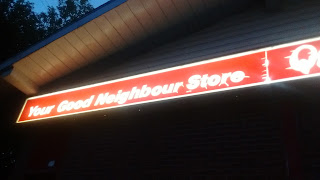 We ate in a delightful restaurant in this historic house 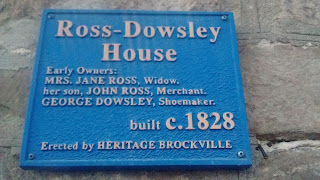 With a pretty terrace all decked out with umbrellas and twinkling lights. 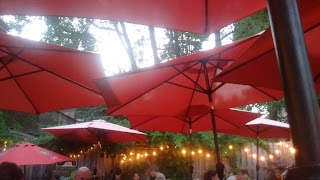