Vermont: A Splendid Set of Wheels

Well what a bit of luck! Newport happened to have a car show. And it hadn't started raining yet.Which was a good thing for this car. 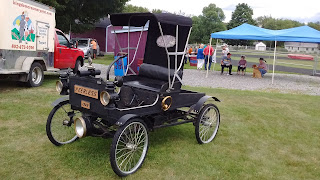 Car show owners worldwide have a sense of humour, though this one was a bit macabre. 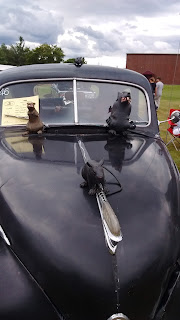 Aha, nice to see a small British contingent. The car I mean. The owners appeared to be Vermonters - with good taste in motors. 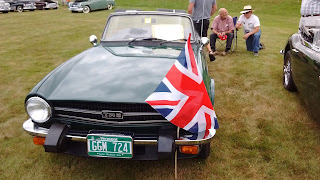 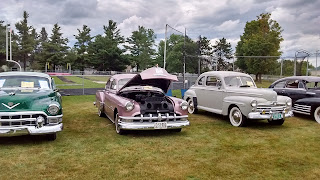 There's something about a blue-and-white Cadillac convertible.. 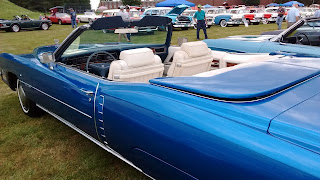 And those retro dashboards 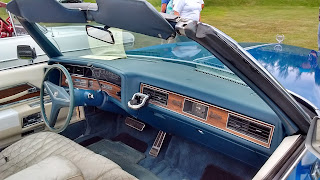 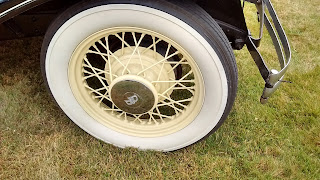 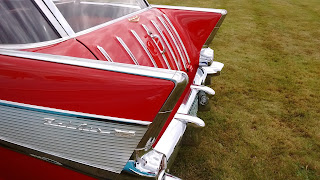 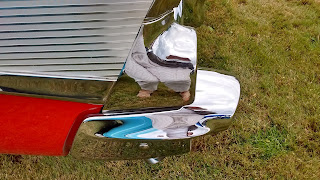 The knobs and dials 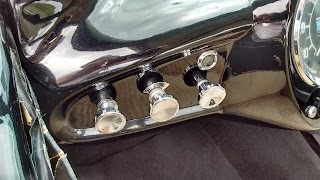 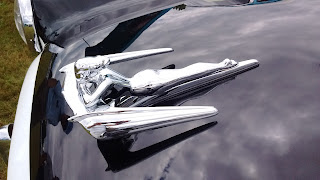 Which looked incongruous on this little Nash Metropolitan, "An Austin with a different skin", as hubby put it. 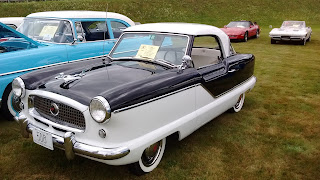 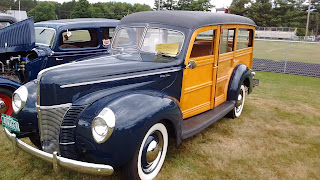 Someone's got their original manuals 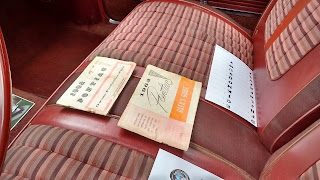 Zut! The French are here! 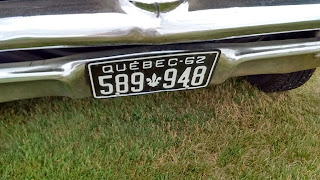 Which reminded us that we were supposed to be heading across the border an hour ago. We had plans for dinner in Canada.

To be continued
Posted by Alenka at 4:50 PM