I'm sure it's just as nice as ts posh namesake, Newport Rhode Island, though I don't know about Newport, Gwent. We discovered many delights, such as the tiny Brown Cow cafe, where you can eat a dish called Cow Plop, as shown below.  That brown stuff on top is an American delicacy known as sausage gravy. Bangers and Mash it sadly ain't but it tasted a lot better than it looked. 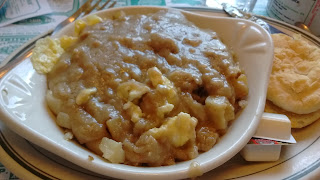 Nearby was another interestingly-monikered eatery. 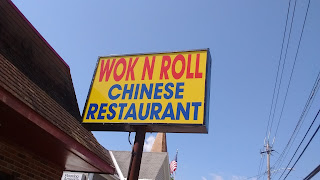 Hubby reckoned that it should be Wok n Woll but I think this was more subtle.
As our transport to the wedding reception. I had a ride in a real American school bus! 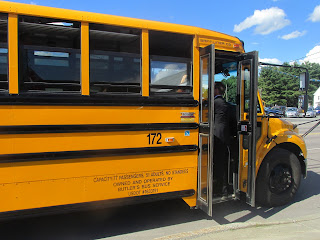 It was a little rattly and the seats were awfully close together. Possibly a control mechanism. Perhaps you can pay for more legroom. 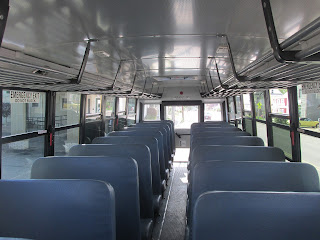 And to make sure we all behaved ourselves... 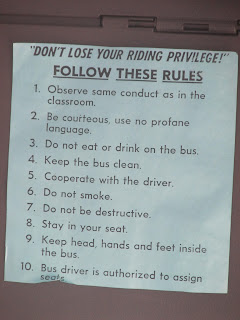 The reception was in a rustic barn 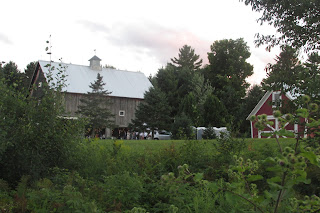 With Vermont artefacts inside 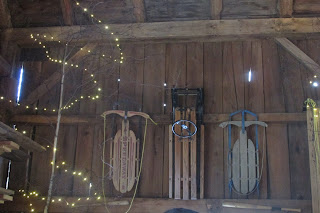 A very Vermont scene outside 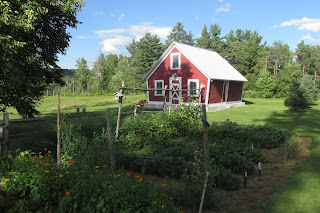 And here's a Vermont pie for dessert (pudding). Incidentally, if you ask for pudding in America, you get Angel Delight - remember that? This was a lot tastier. 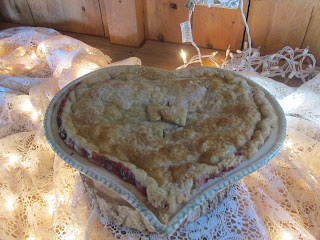 The ceremony was in this gorgeous church, romantically named St Mary Star of the Sea 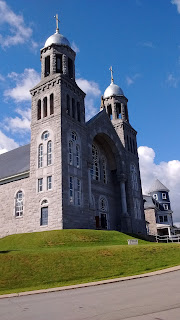 I loved the sepia frescoes. (The pictures, incidentally, taken the day after, before Sunday Mass) 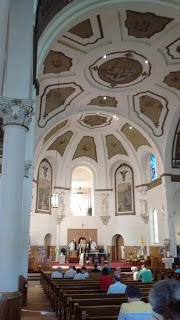 And a rather nice presbytery. 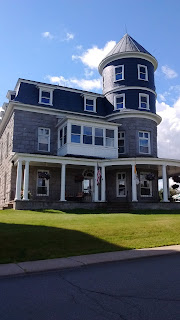 Meanwhile, here's the unpronounceable lake again, as seen from the church steps. 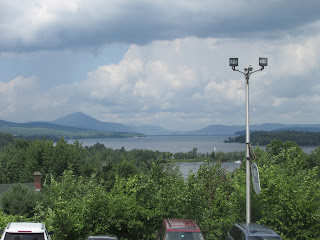 Pity about those floodlights but you can't have everything.
Posted by Alenka at 6:59 AM