A Rose Garden and a Sausage Tree 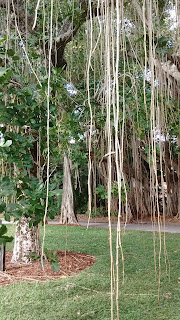 What is this freak of nature, we asked ourselves. Then we saw the little sign. 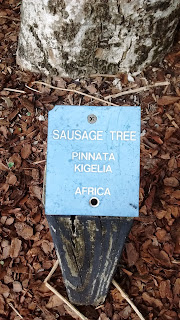 "Sausage Tree", it said. "Pinnata Kigelia", it said. "Africa", it said. Well you could have fooled me. A hair tree perhaps, or one of the BBC's fabled spaghetti trees perhaps, but a sausage tree? Must be those Africans having a joke. And then my companion spotted this: 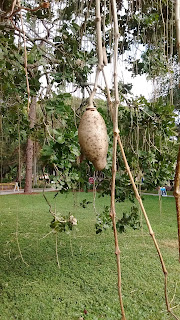 Aha. It didn't look much like a hot dog, or a banger, though it could, at a pinch,  pass for one of those French andouillettes. This specimen was one of the few left on the tree. The others had all been eaten. And we found a sausage flower too, lying on the ground.

After which my companions, having had enough of walking, hopped on an obliging trolley. 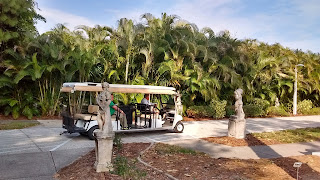 I hopped on with them for a few yards, taking a pic of the Ringling mansion rapidly receding into the distance.. 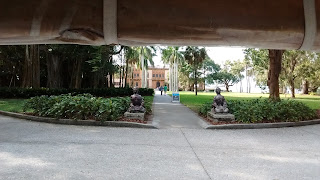 ... then hopped off again at the sign for "Rose Garden". Of course, I didn't really expect to see a rose garden. It was January after all. There was a fetching shepherd. 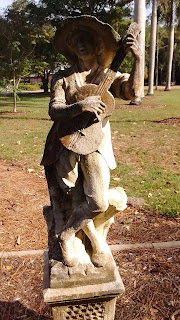 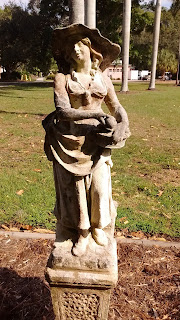 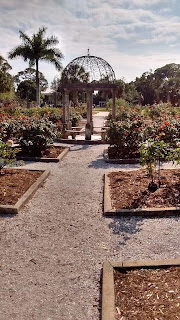 Roses in bloom.  Wow. Florida is truly a little miracle. I liked this dusky colour, or dusty - like an old artificial flower on a grave, except it was alive. It was called "Koko Loko". 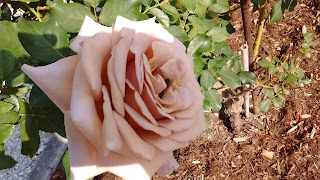 Pretty - but I didn't catch her name. 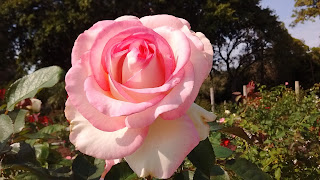 This one was called "Chicago Peace" .. 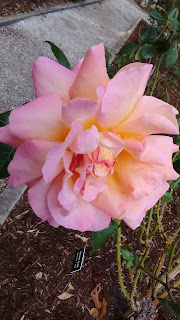 Which some people might call an oxymoron. Here's Diana,  Princess of Wales. (Trust the Americans to have one.) 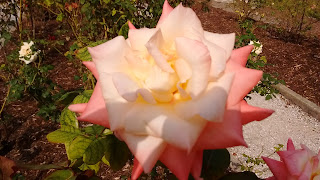 And this is Sweet Surrender. 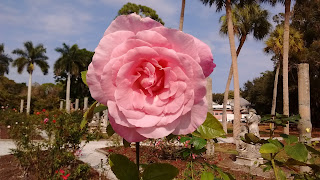 With palm trees. Only in Florida.
Posted by Alenka at 2:54 PM