America's equivalent of the Battle of Britain Memorial Flight was back in town today. We hoofed it down to watch from the airport perimeter fence. The Flying Fortress, the Liberator, the Mitchell and the Mustang were due to fly in from Tampa between 1 and 2pm but some people had been waiting a lot longer than that. All sorts of cars and trucks had pulled up on the grass. We stood, squinting at the sky and two of them swooped beautifully over us but of course I didn't have the camera, only binoculars.  Then came a third.. 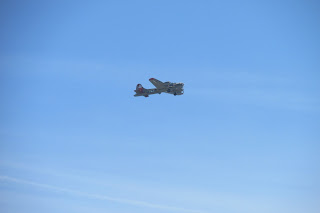 The Flying Fortress was coming in to land. 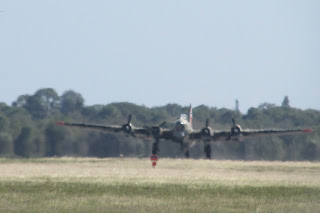 And here she is, taxiing by. 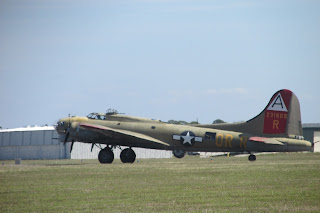 And here's the Liberator, parked at the airport, with the Mustang in the distance. 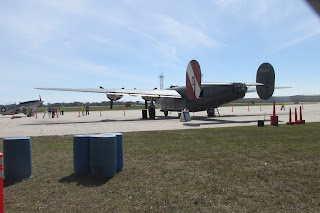 Ironic to see these noble planes at the same airport where the 9/11 terrorists learned to fly (but not to land.)
Posted by Alenka at 7:35 PM