Not Just a Circus Owner

We finally got round to visiting the Ringling Museum of Art in Sarasota. The Ringlings being the circus owners (see below). This was the collection that John and Mable (yes, she spelt it that way) Ringling amassed and built a gallery to house. The mediaeval church art was wonderful, except there was little in the way of signs and labels to say what it was. I loved this Madonna.. 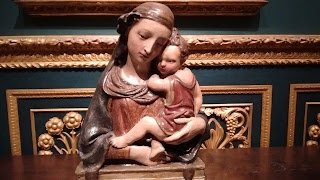 And this glorious altarpiece 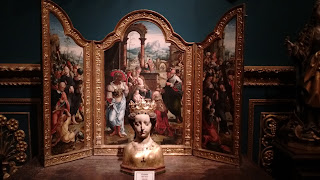 And cherubs cradling the baby Jesus. This one we know was by Gaudenzio Ferrari (d.1546) who dabbled in art before he started manufacturing cars.. 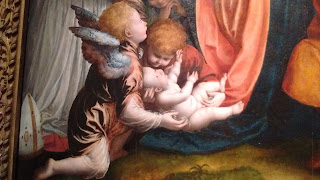 The 17th century artist of the painting below is known as the Master of the Sarasota Emmaus because they don't know much more about him. Could have been Dutch, could have been Italian. I don't think his atelier  was on the Gulf Coast of Florida. 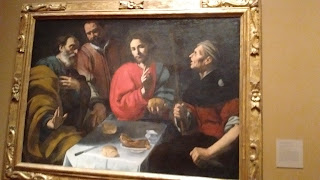 This was a Velazquez - Philip lV of Spain - got to be, with that chin. 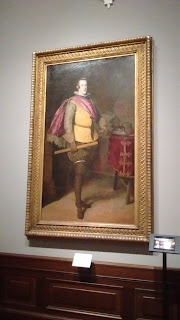 And here, adding to the wow factor was a Rubens of the Archduke Ferdinand. 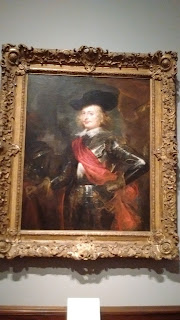 In the grounds were gargantuan banyan trees - those long snaky things are actually the roots. You see a lot of them around here. 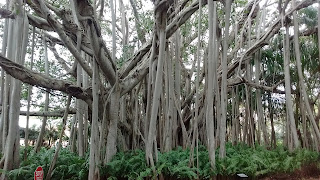 And then towards the waterfont was the Ringlings' own mansion (I notice that word is used a lot more in America), called Ca' d'Zan. This means John's house in the Venetian dialect. Appropriate, since the stately pile was modelled on a Venetian palazzo. 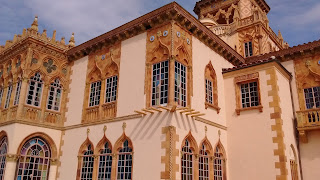 We took the cheapo self-guided tour - which meant we could only see the ground floor. 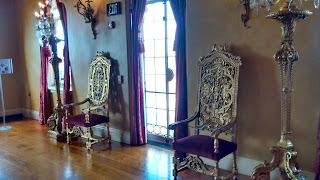 This was the ballroom ceiling, depicting dancers. 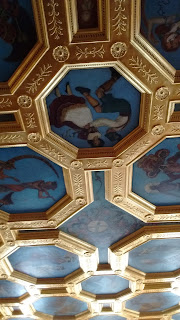 And this the living room. I've got a pink sofa just like that. 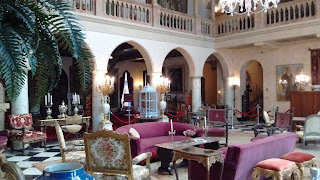 You might have a thing or two to say about the Ringlings' taste but this door with coloured glass panes looking out to the bay was a nice touch. This was one of Mable's more modest get-ups. 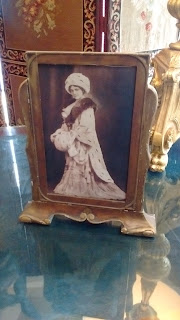 You'd have to be careful not to put your wine glass down on that chest. 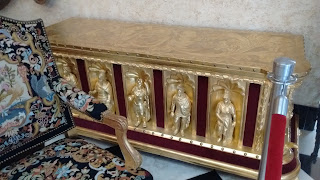 The wrought iron door was to stop the dogs going into the dining room. Presumably the elephants didn't have a problem with it. 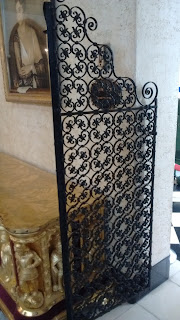 Drat - wouldn't you know, I just bought myself a plastic orange peeler. I could have had one of these natty silver jobs. 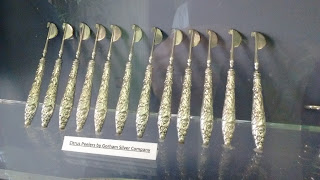 Got to have the Flemish tapestries just like everyone else. 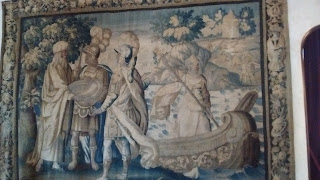 All ready for beans on toast - oh I forgot, Americans don't eat them on toast. 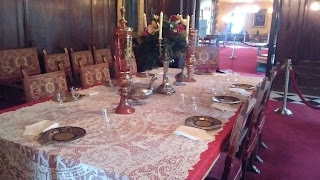 I liked the bar, though, but it wasn't open. 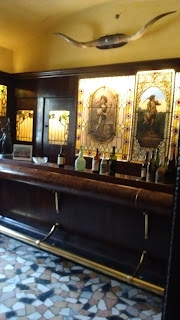 This was a fridge. Makes a change from stainless steel. And guess what, we've got that kitchen floor too! 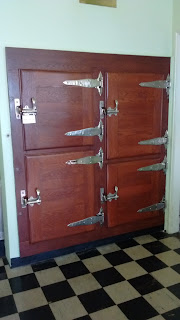 And this, presumably, was the microwave. 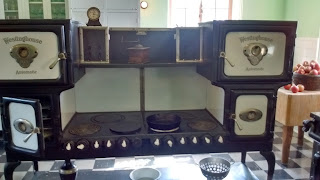 The Ringlings had a handsome boat, the Zalophus. They certainly had imagination when it came to names. 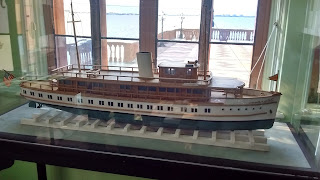 They tied it up to their own marble dock.

And here's a side-view of the palazzo. 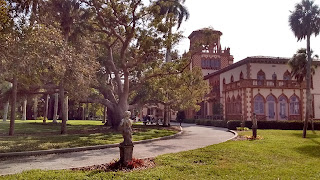 I asked one of the museum volunteers in some astonishment, "He made all that money by running a Circus? But no, of course not, he had the usual side interests - railways, land, property, whatever. It was certainly a splendid place to visit and we weren't finished yet.
to be continued.
Posted by Alenka at 7:35 PM