Quick before it rains again - have a look at our autumn colours. The western New York autumn started slowly and late, after a heatwave but by the weekend it was developing very promisingly.
This was early in the morning when it was still foggy. 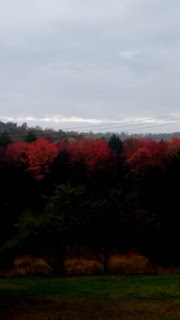 And here a nice flash of red maple. Even the mundane and ubiquitous sumac makes a pretty pattern. 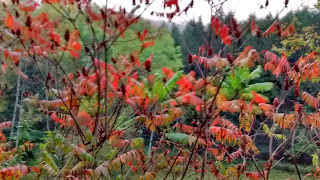 Fog again, wisping over the valleys. 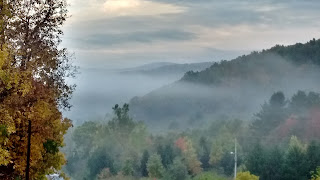 And coyly veiling the colours until the sun comes out. Later in the day, I came across this maple in the car park at the CVS pharmacy in town. 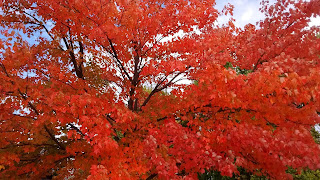 And this one was up our lane. 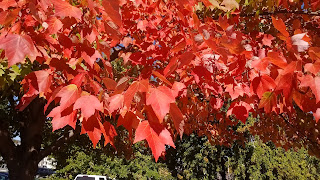 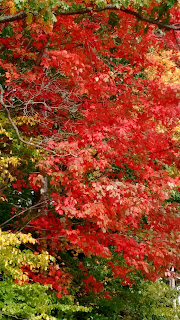 And here's the first scene a few hours later. You have to imagine the sounds of the geese gathering on the lake, honking away and occasionally taking off and wheeling overhead. 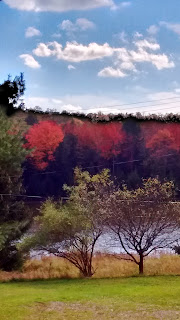 A tantalising flash of red on a hillside. 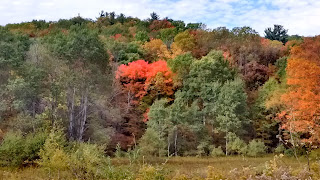 And more shots of nature's tapestry. 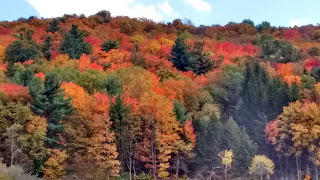 I can't think which of these I like best. 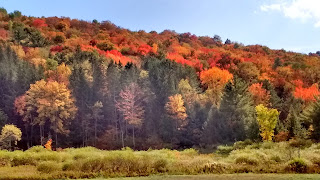 And there are so many hills to choose from. 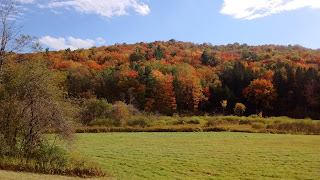 All colouring up at different speeds. 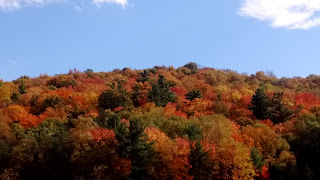 Another typical autumn scene around here - the dried up cornfield with the hills behind. I take this road every day. It's easy to get blase. Of course the deer like to lurk in the corn to do their kamikaze thing. Sadly this is prime deer-hitting season. I can't understand why creatures that are so intelligent when it comes to foraging for delicacies in my garden are so stupid when it comes to roads. 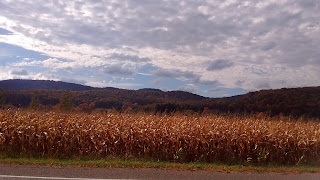 Meanwhile back in the jungle. 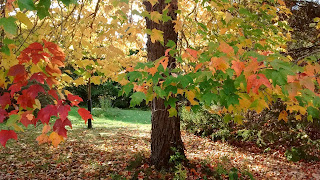 Our maple tree only manages a few flashes of red. 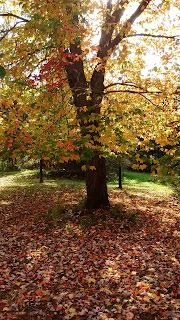 Though the carpet on the ground is gorgeous.
Posted by Alenka at 11:46 AM