It was hot at Pumpkinville. It shouldn't be hot. It should be muddy, rainy, even snowy. That's part of the fun. But the day we decided to visit it was hot, hot, hot and it seemed that le tout western New York was there. There were endless queues for everything, even the cow train. 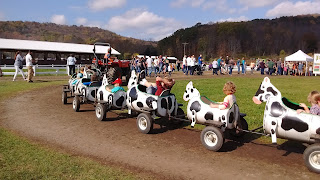 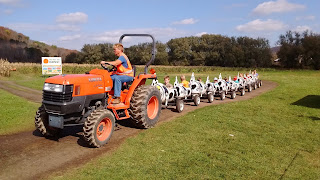 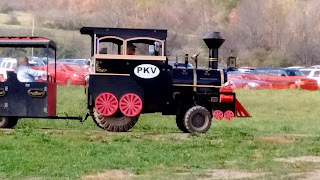 Going into the station. 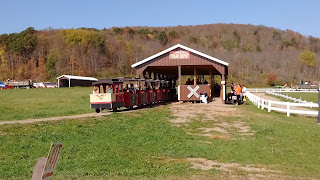 It's free to get into the grounds but you have to pay for the attractions. 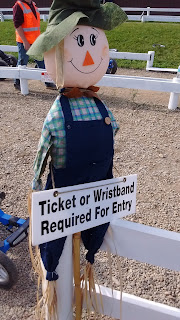 They actually had a shiny black helicopter giving rides but that was 40 dollars each. Most people decided to stay on the ground. 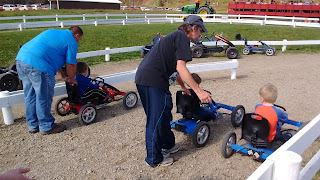 Eat your heart out, Lewis! 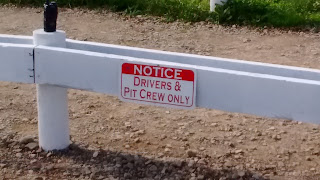 This was the goat house - they have a sort of pulley-arrangement to send food in little containers. But the goats had retired indoors. Air-conditioned indoors perhaps. 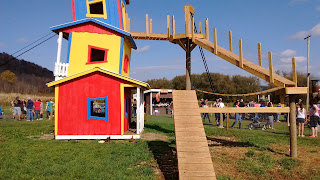 You could try your hand at panning for gold and jewels. 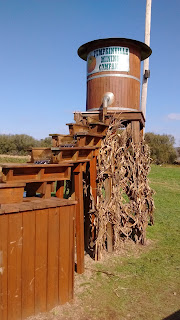 And at various games. 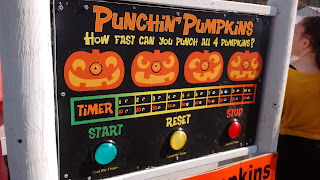 The cow theme was everywhere. 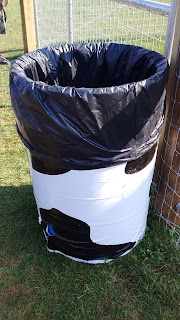 Though this caused the most laughs. 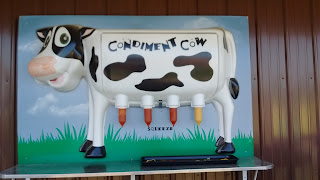 An edgy way to get your mustard and ketchup for the barbecued chicken. If you ever get to the front of the queue, that is.  There was of course a pumpkin theme too. 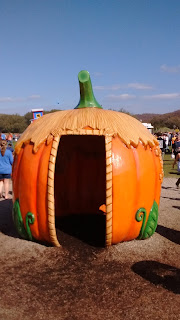 You could select one or pick your own in a field at the bag. Here are some of the ready-picked ones. Picking out pumpkins in scorching heat. Didn't seem right, somehow. This isn't Florida. 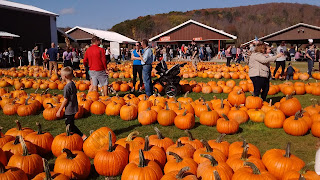 There were the usual Halloween spooks, though they looked a bit tame in the sunshine.  We went on a hay ride which wasn't quite what I expected. Rumbling along behind a tractor with not a wisp of hay in sight. Along the route there were "Bigfoot Crossing" signs, upside-down witches and zombies trailing eyes. "Don't do it!", one of my young companions shrieked to the queue as we got back, "The zombies will get you!" (I am still mourning missing the last two episodes of the last season of the Walking Dead. Don't know when I can catch up. I had to miss the Walking Dead party at the library in case someone gave away what happened. ) 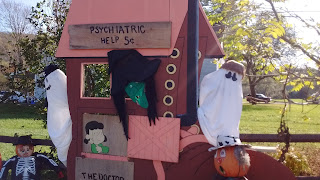 Then there was the animal hut 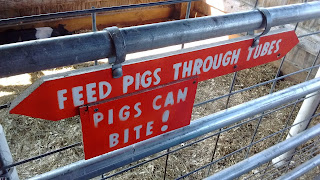 The turkeys looked worried. Had someone turned on the oven? 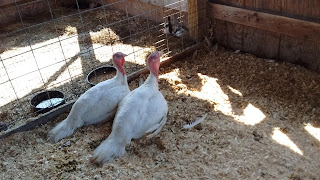 The pony was the only one who didn't seem to care about the weather. 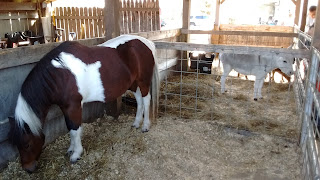 And here are more hazardous foodstuffs (see posts below) 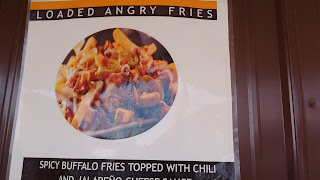 The weather was lucky for Pumpkinville and good luck to them, especially as their proceeds go to charity but I can't help hoping it will be back to mud and rain next year.
Posted by Alenka at 12:41 PM