Catching Up with the Lane

A few days ago it was still early spring. I walked up to explore the lane, unseen since last autumn. Here, still on our land, was an apple tree I had barely noticed before (there are so many, mostly planted by birds, mostly not over-generous with fruit), shouting, "Look at me!" Well who knows, we might actually get a harvest. On the other hand it might be fooling me and not be an apple tree at all. 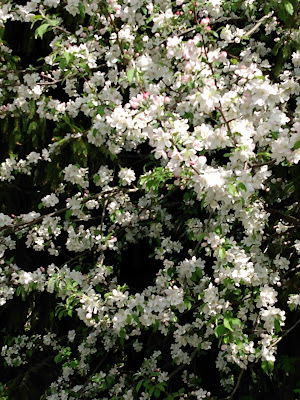 A little further up and - wow! Rudolf's had a facelift! A brand new head! And nose. 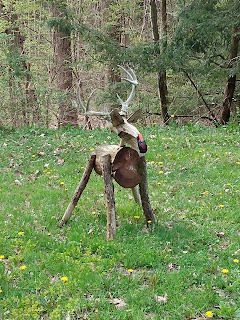 Which is definitely an  improvement from last year. 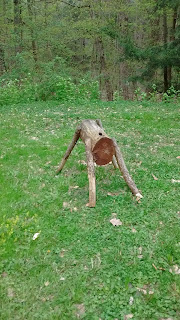 These wildflowers - garlic mustard I think - were everywhere . They look a tiny bit like British nettles but they're not. They are however originally from Europe and an invasive species. But try stopping them. Actually America is full of invasive species, brought in by European settlers. Who I suppose were an invasive species par excellence. 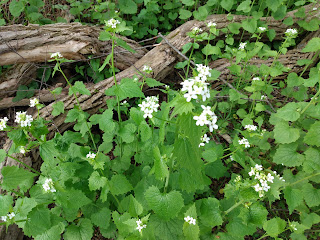 The streams were full and babbling. 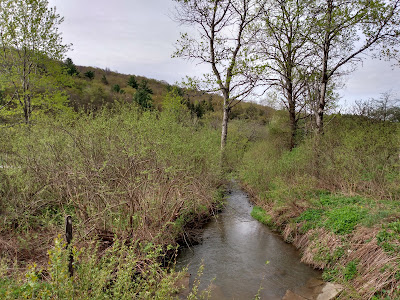 And the lake at the top of the hill seemed more photo-friendly than usual. Perhaps they thinned out the trees? Or a storm did. 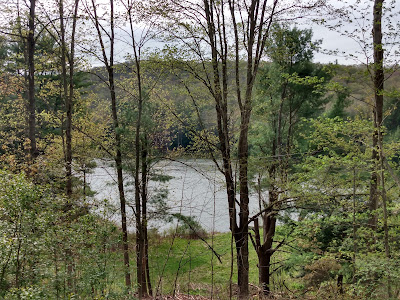 All seemed very quiet. Nobody going to work or school of course, except the farmers and builders. 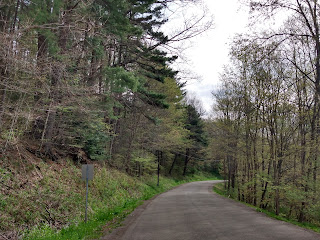 It's all very different from palm trees and bougainvillea. I had forgotten the scent of wet leaves, of woodsmoke, the kissing sounds of scurrying chipmunks and the muted colours. But ready-steady-go for the fastest few weeks of growth season outside a speeded-up nature film. Western New York needs to catch up and fast. Just watch this space.
Posted by Alenka at 4:26 PM