Quite by chance we came upon Georgia's answer to the Major Oak. It wasn't in Sherwood Forest though but an ordinary-looking street in Brunswick and there it was, slap in the middle, draped in the southern way of live oaks, with Spanish moss. 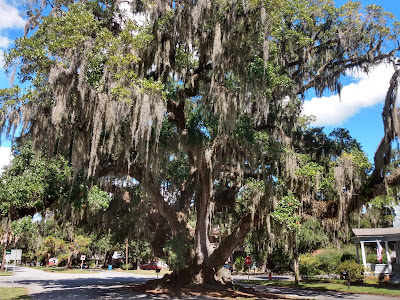 It's called the Lovers' Oak - perhaps because, according to legend, Native American young lovers used to meet there. The sign says it was there at the signing of the Constitution, which was in 1787. 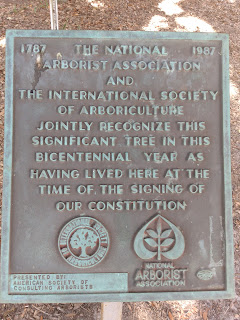 But that's not the half of it. The tree is actually over 900 years old. 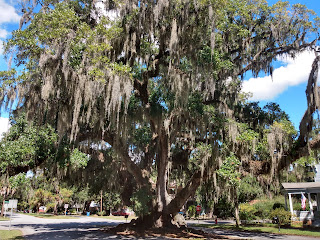 And its trunk 13 feet in diameter. 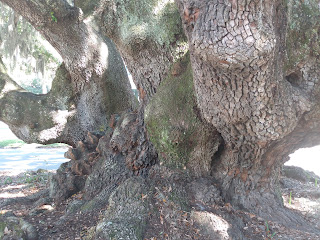 It apparently has ten main limbs 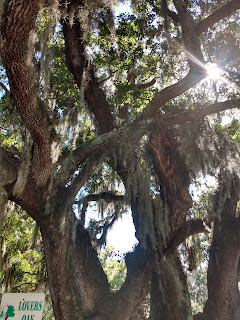 Although whether that's before or after it was hit by a truck in 2015, I don't know. We made sure to give it a wide berth.
to be continued
Posted by Alenka at 7:12 PM