The Spooky History of Saranac Lake

We stayed in what had been the old grand hotel of the town of Saranac Lake, now very modernised, though it still had an interesting-looking bar, the former lobby. 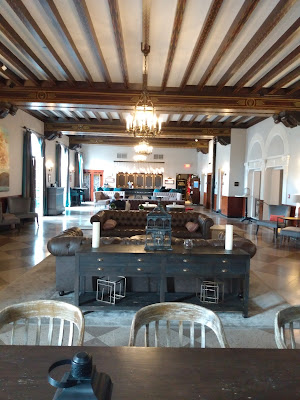 And it one of those fancy letter boxes. 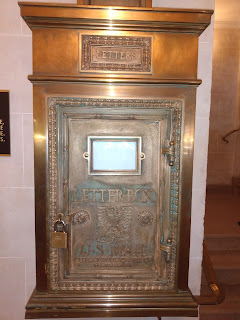 And it served a signature cocktail called the "Hot Sara" - gin and blood orange. The name came from the hotel's name, lit up above the building. 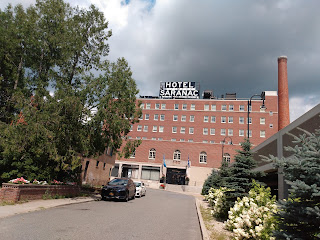 Before its renovation the last letters would sometimes black out and it became a bit of  a joke so they made the most of it.
The hotel walls were adorned with old photos 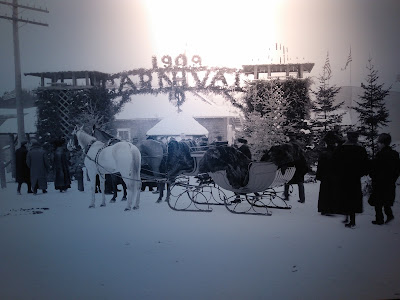 Of varying degrees of spookiness 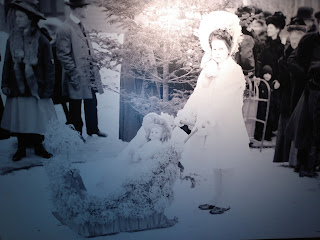 Was this a variation of the venerable British dog-cart, used on country house shoots? In reverse. 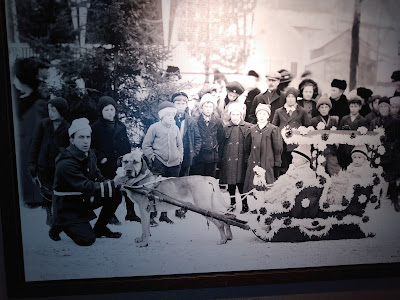 Better not fall in while wearing those outfits. 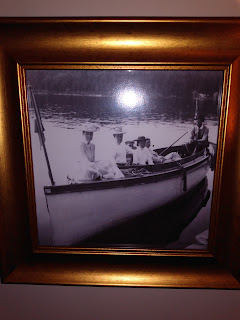 A newer-looking old boat was in the hotel foyer. 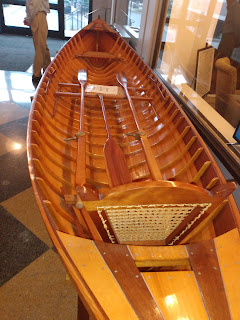 As if the photos weren't spooky enough, the hotel also allegedly has its own ghosts, including a professor and a cat. I didn't bump into either.  A sign pointed out that they'd enlisted the Adirondack Paranormal Society to check out the ghosts and it had concluded they weren't a danger to the guests. Phew.
But the real reason why Saranac Lake seems a little spooky is its connection with tuberculosis. Back before antibiotics, this was the place to come for mountain air and mostly forlorn hope for a cure. America's Switzerland. En route, we passed a huge, long white building that must once have been a sanitorium. I don't known what it's used for now but it sent a shiver down the old spine.  And many houses, known as "cure cottages" in Saranac Lake have big porches and balconies where people would sleep outside.  I don't know if this is one 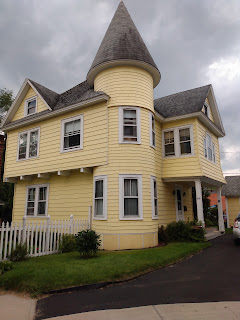 or this - but  they're worth a photo. 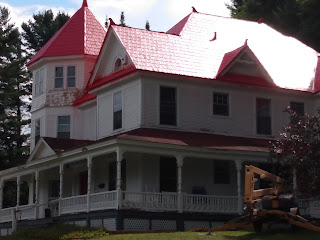 Saranac Lake is also the site of the first American laboratory to study TB. Now a museum. Closed on Mondays. (Why is everything closed on Mondays? In fact the only thing open on Monday was the Loon Museum, dedicated to conserving ducks called Loons, which populate the local lakes.)
Several celebrities of their day came to Saranac Lake, among them Albert Einstein and Mark Twain. Another was Robert Louis Stevenson, who certainly seems to have got about a bit. 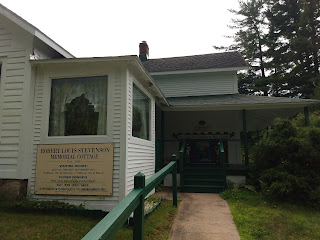 His cure cottage is now a museum, which, it being Monday, was closed but here's another angle on the  outside. 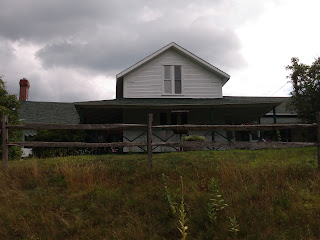 OK not too exciting but it had a lovely view. 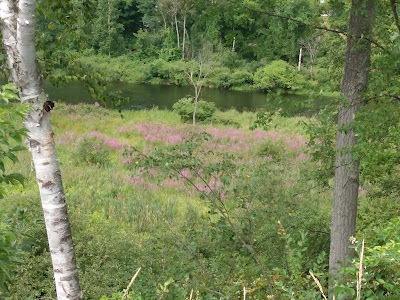 You could say that the invention of antibiotics wasn't good for business but now Saranac Lake is more cheerfully known as a good base for boating and rambling around the hills, the cure cottages now just curiosities. If you want quaintness and scenery and several not-half-bad restaurants, you could do a lot worse. I hope we'll get back some day..
Posted by Alenka at 8:16 AM