More on the High Life

As I don't often get the chance to experience it... The Greenbrier, nestling in the West Virginia mountains, was built in 1913, on the site of an older spa where early Presidents came to “take the waters” and just about everybody who’s anybody has visited. 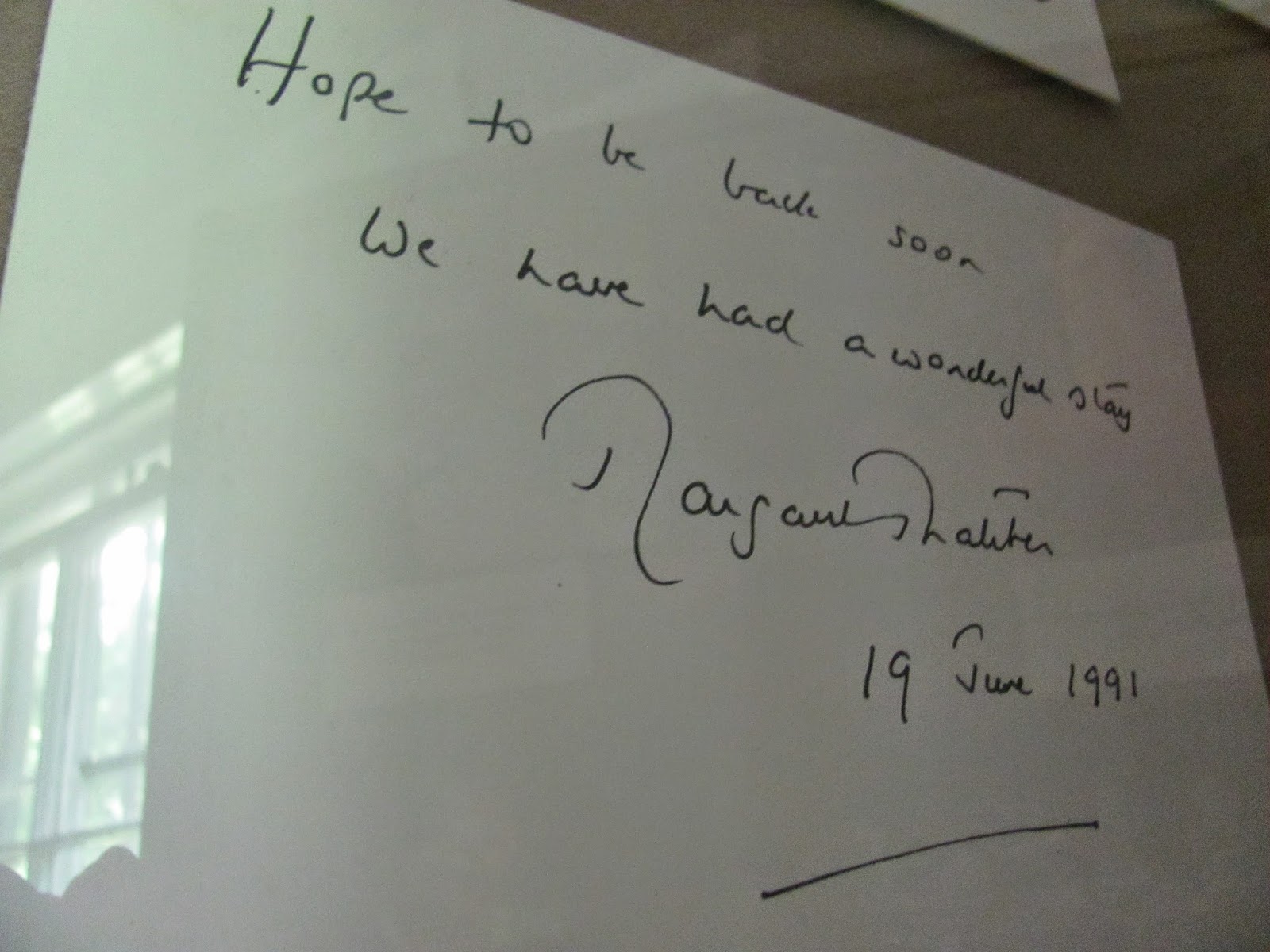 Princess Grace and family also came, as did the Windsors ... 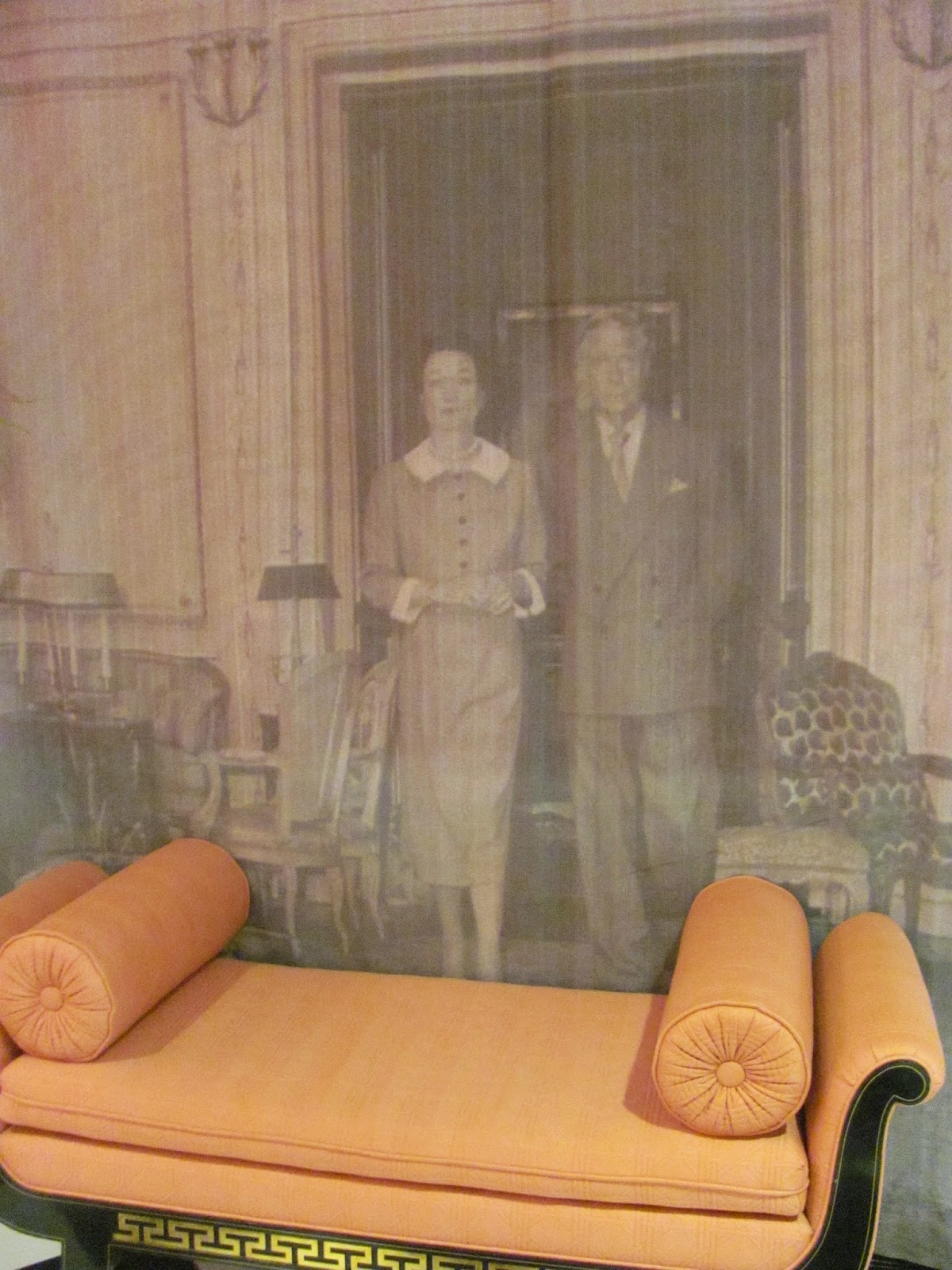 Whose shades look out from a weird tapestry on the wall by the Presidential Suite. There’s still an elegant ambience - the clip-clop of a carriage, the thud of a tennis ball, the thwack of a croquet mallet. 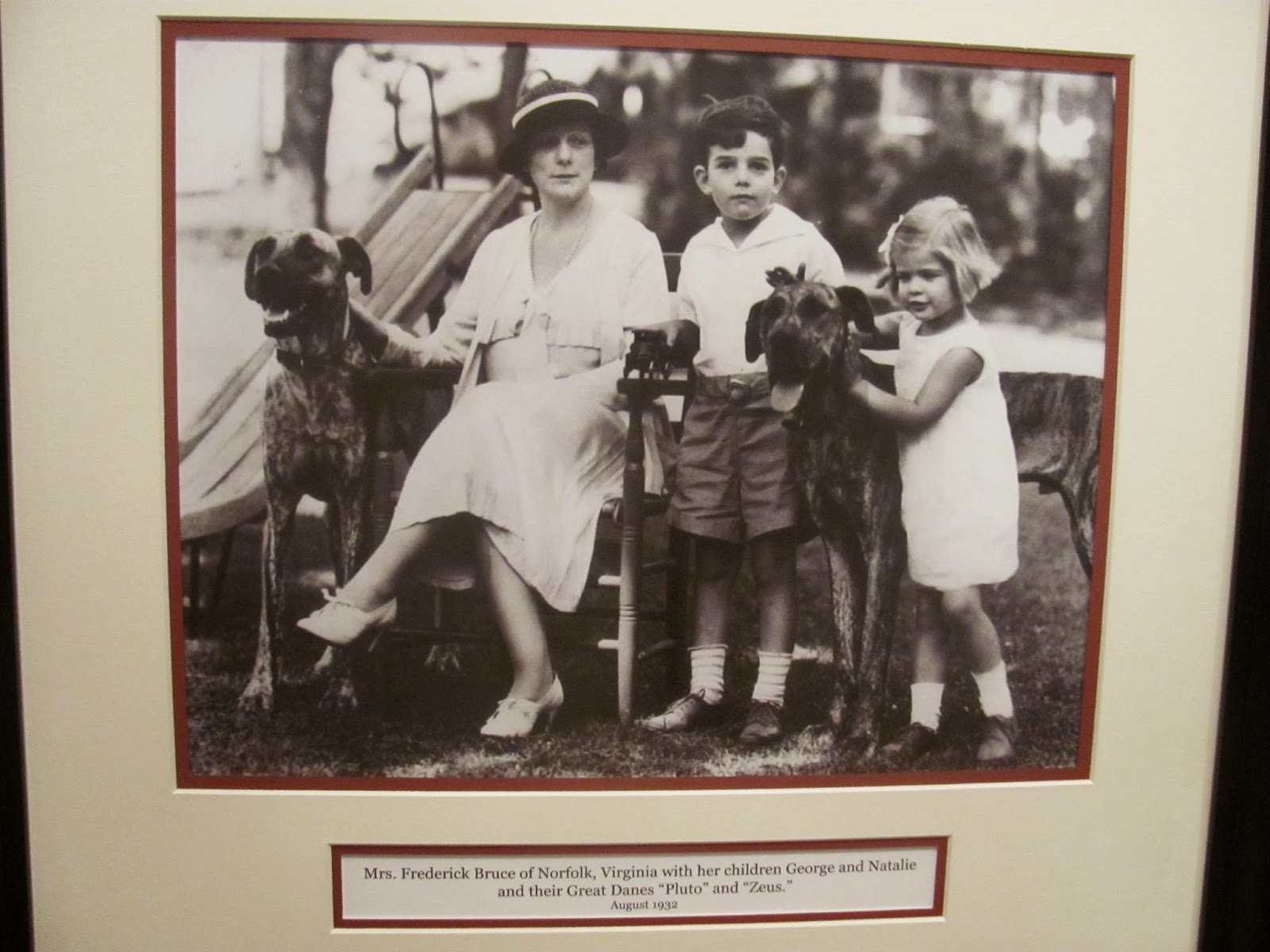 You can't beat the old photos on the walls of guests long gone by. And the battle scenes on the grand staircase. 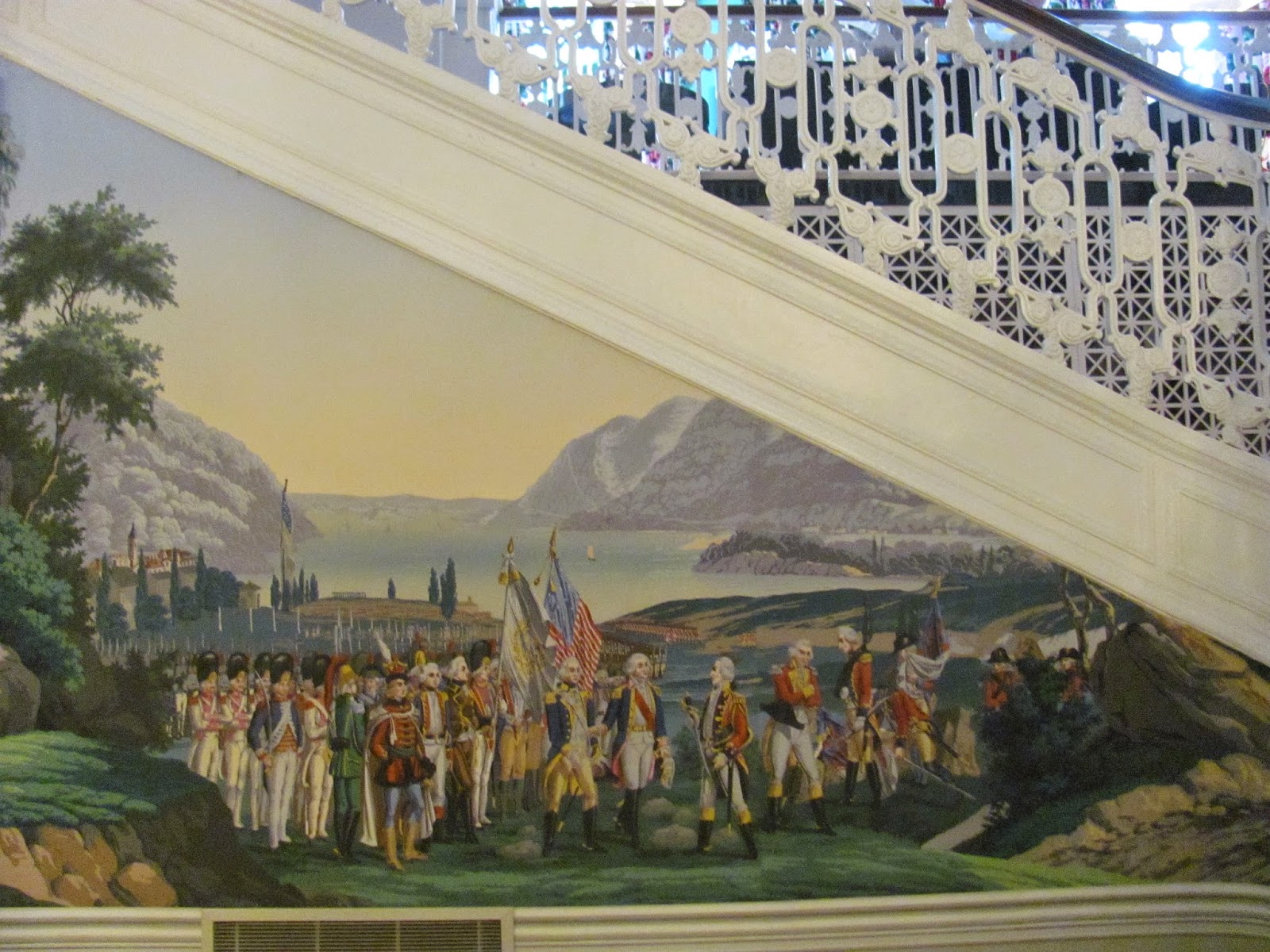 The staff are exceptional, there's a dress code for dinner and two of the chandeliers came from the set of Gone With the Wind. 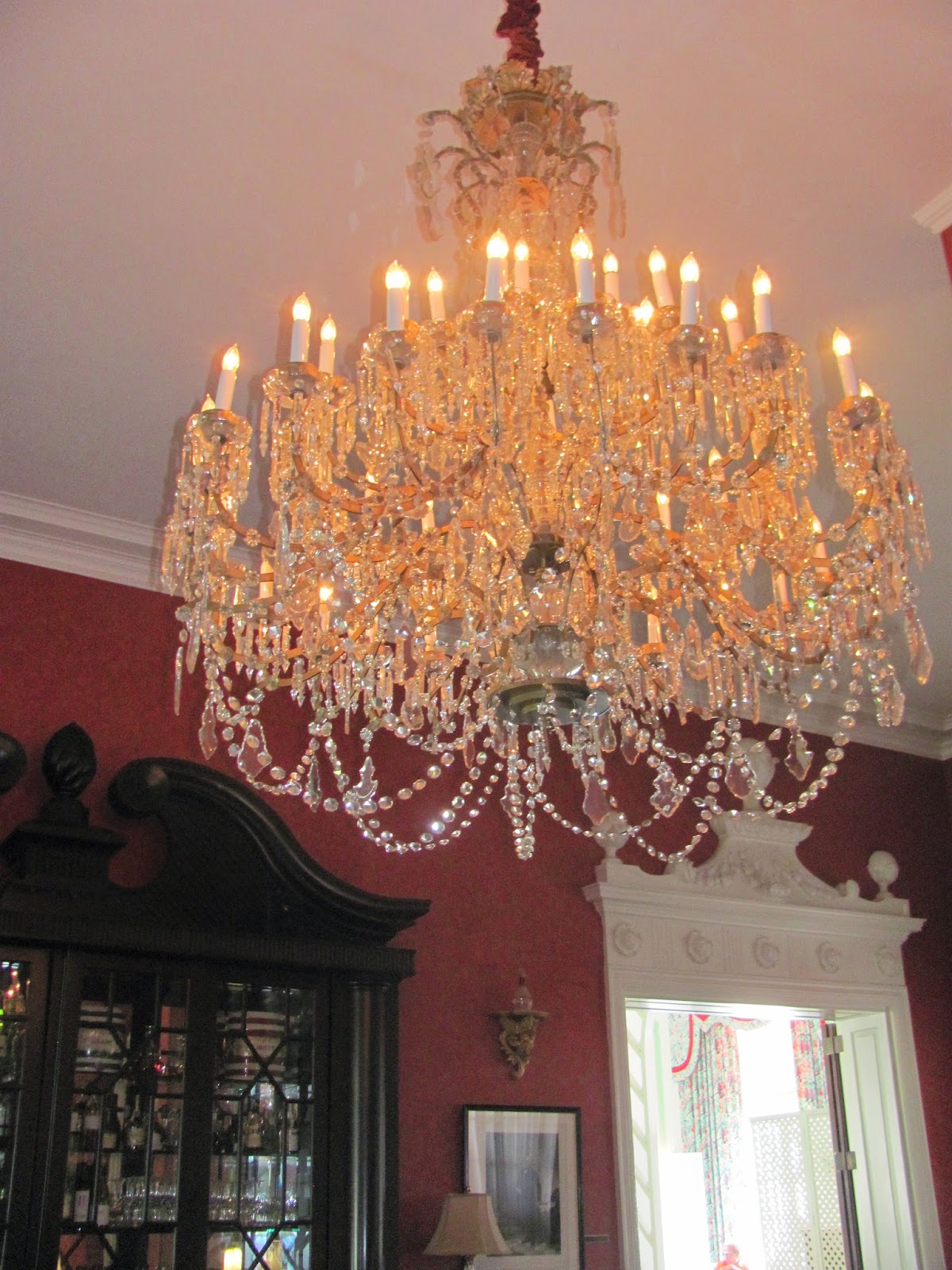 The decor was originally designed in the 1940s by an American interior designer called Dorothy Draper. At first it can seem a little lurid. 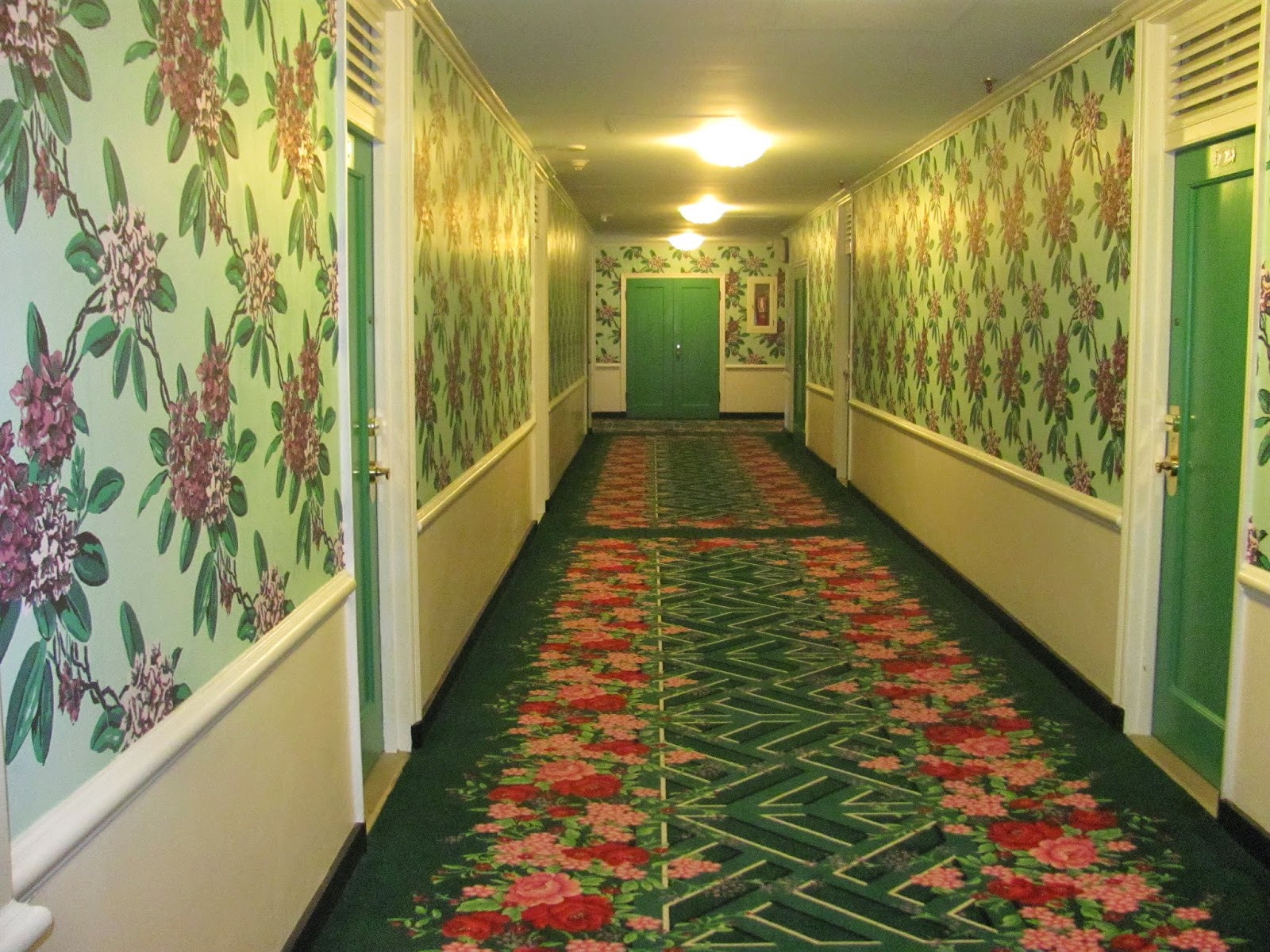 Though it does grow on you after a while. 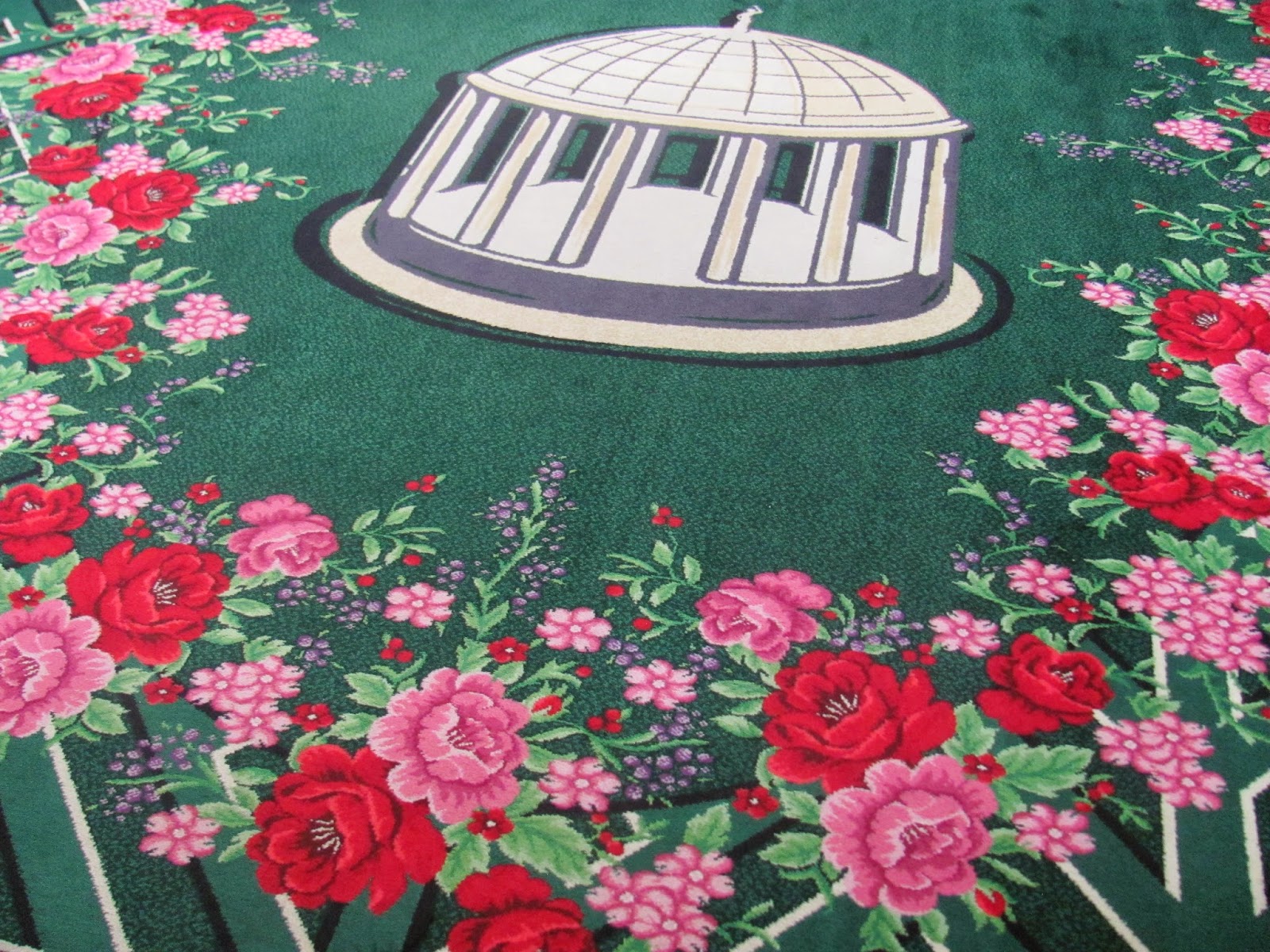 But times are changing and these days  the Greenbrier keeps going by catering not just to the glitterati but to professional golf tournaments and the conference trade, which is how we got in.   We could have done without the naff cutouts in reception, presumably showing what the dress code isn't. 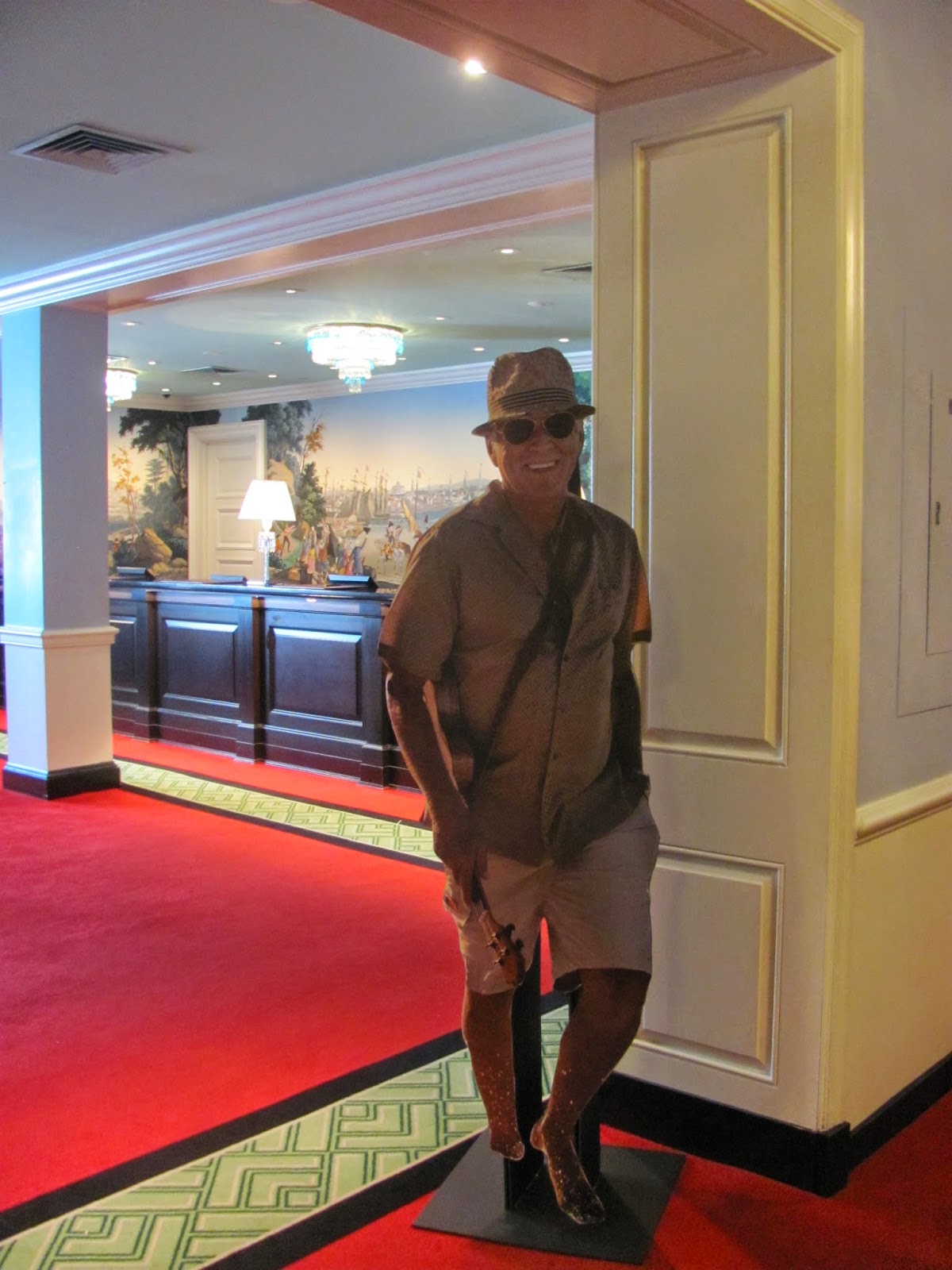 And its nether regions now conceal a casino. A pity. Unfortunately we tried to have breakfast in one of the hotel's cafes and got shown to a table overlooking the slot machines. A sure way to put you off your granola.  So next day we splashed out on the formal dining room which was another world entirely.
But that’s nothing to what else is hidden there.    Because for over thirty years, from the late 1950s to the early 1990s, the gracious Greenbrier guarded one of America’s most extraordinary secrets. 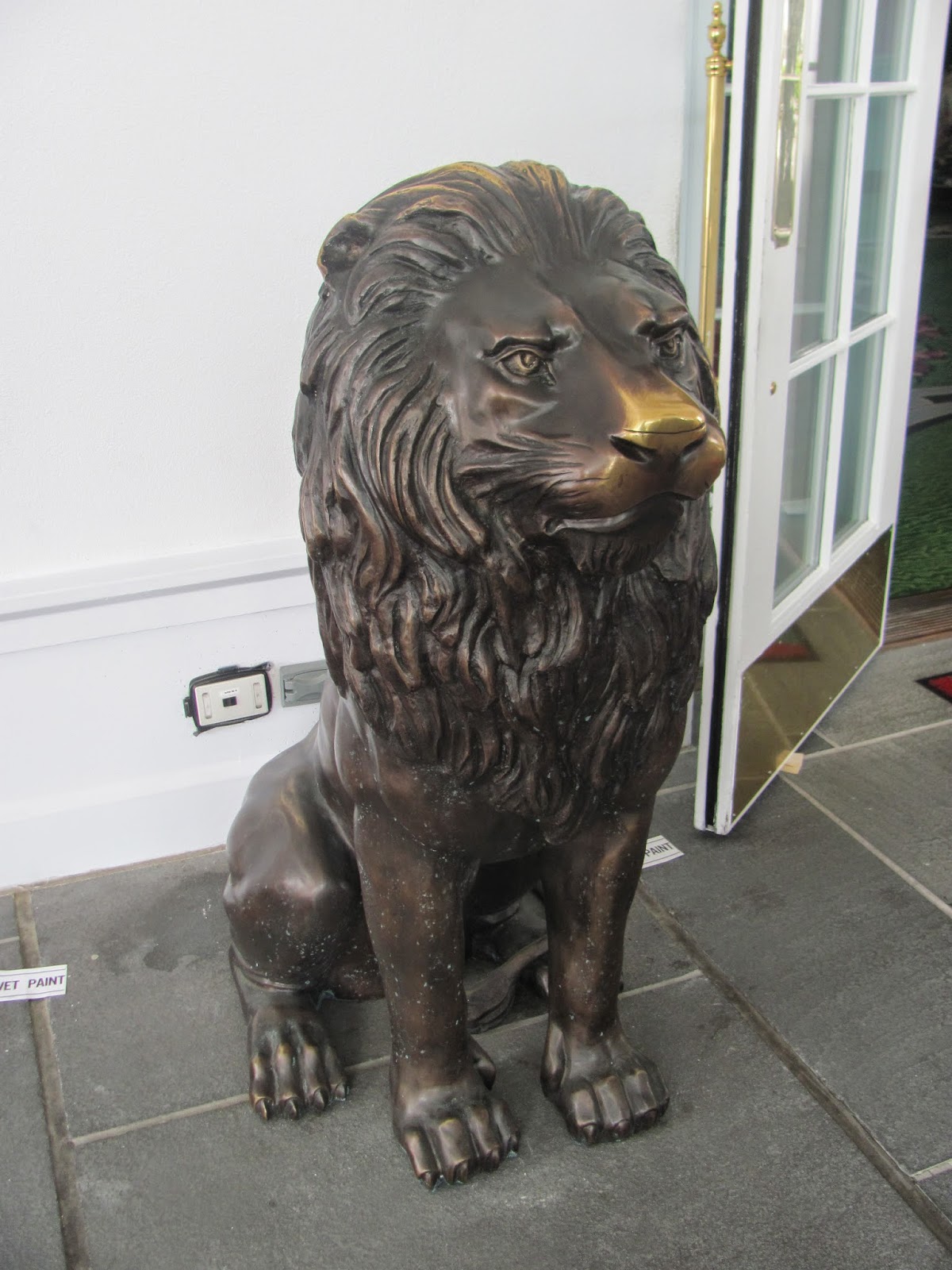