A Small Glimpse of Summer 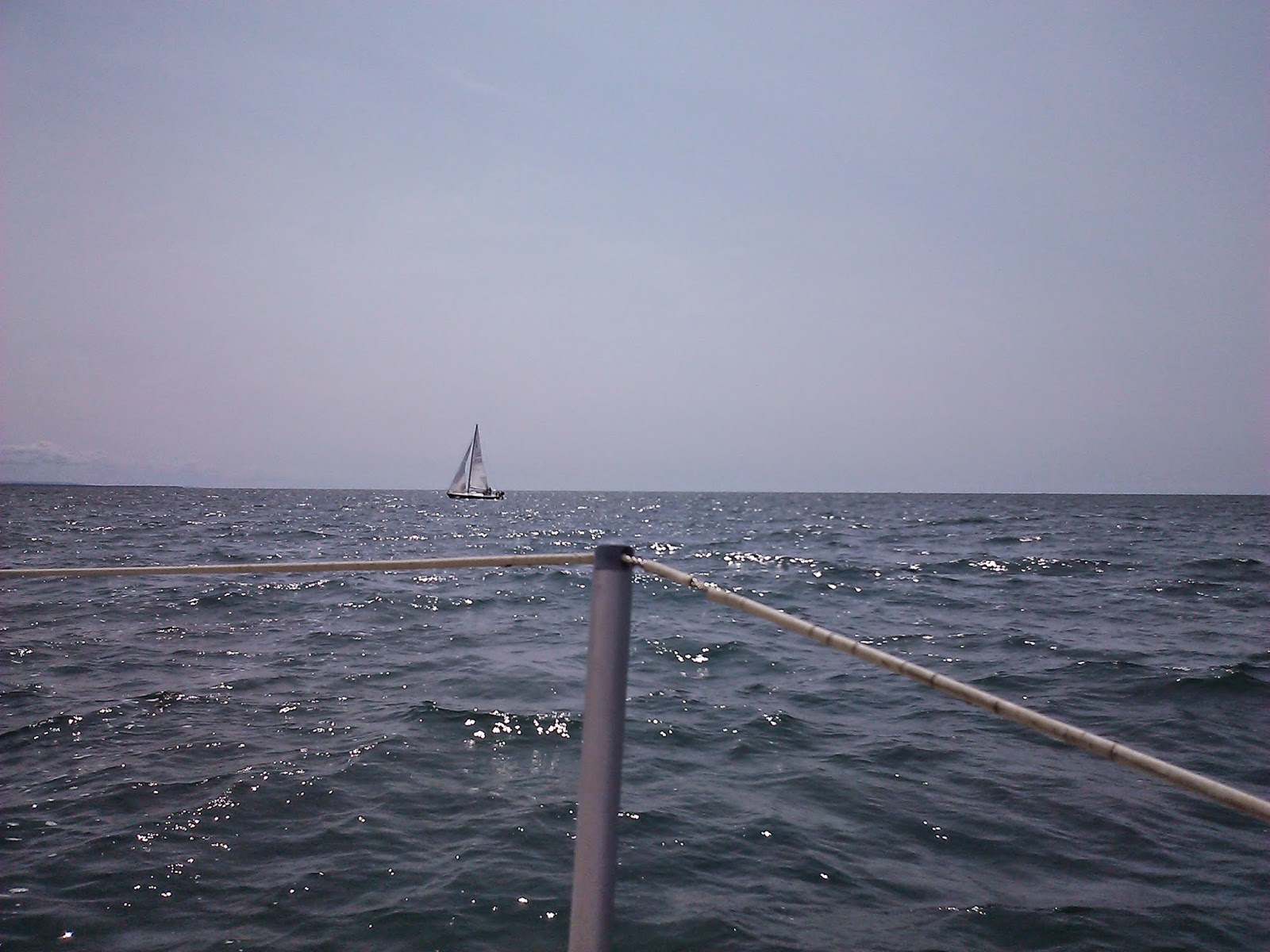 Meanwhile back on Lake Erie, we managed to snatch out of a soggy, cold, July, a beautiful afternoon's sailing. 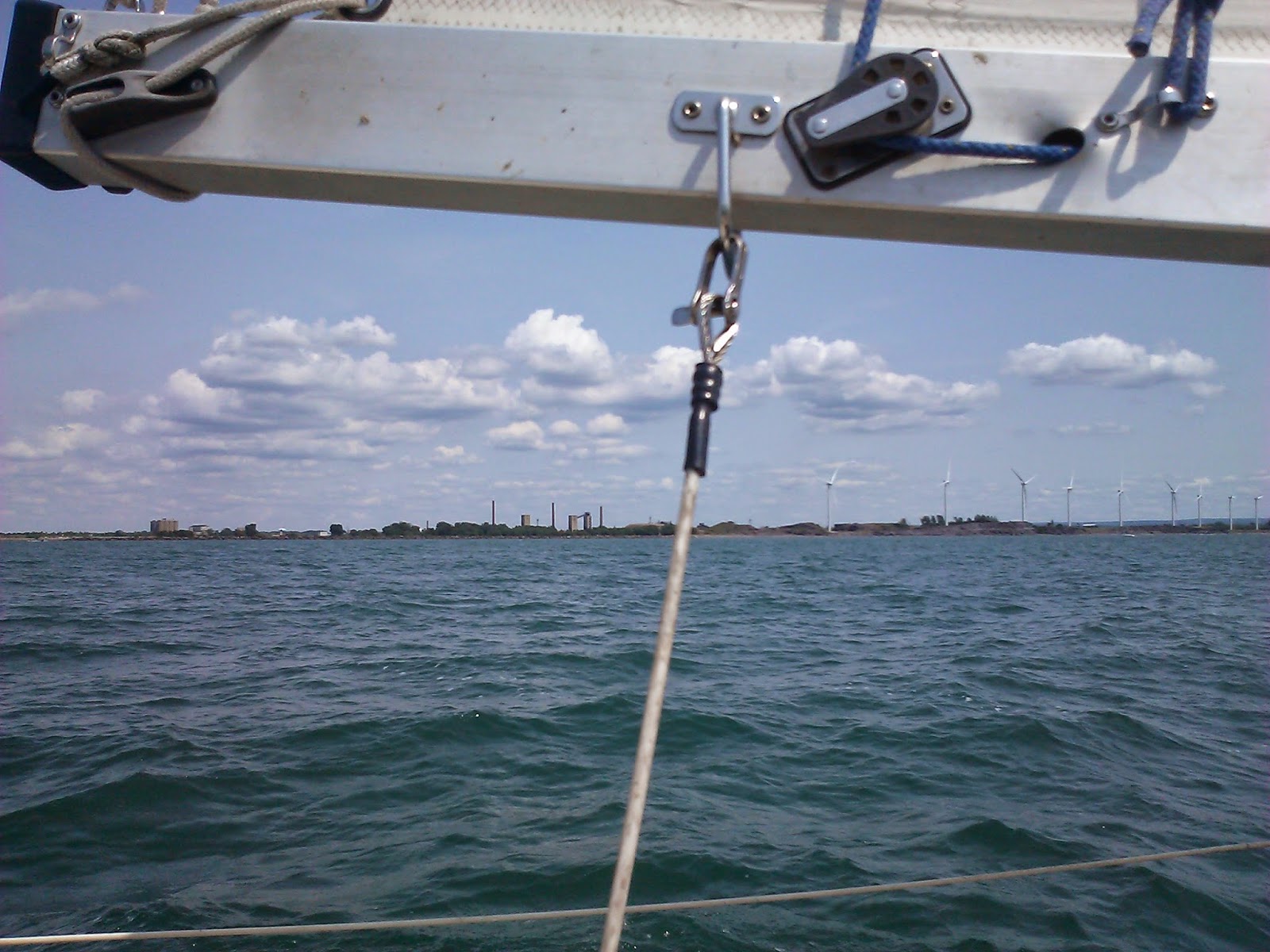 Which would have been perfect but for looking at the grisly abandoned grain elevators and pesky windmills on the Buffalo waterfront. A waterfront that's a sad shadow of what it could be.  Where are the stalls, restaurants, shops, cafes selling decent coffee? At the Marina, where thousands congregate at the weekend, there's one hideous concrete dive, which appears to be clinging onto its monopoly for dear life. There's just a whiff of the Soviet about it. Not least because you have to queue forever just to get an ice cream.  Then there's an expensive restaurant blasting out irritating music and that's about it.
Not to mention the Ugly Tower (yes, true, I've mentioned all this before...)
Too bad, when you think what Chicago and Baltimore have done with their waterfronts, to name but two. Even the tacky  English seaside could do better than this. But then, I'm only a foreigner.
But if you look the other way - just blissful emptiness, the sun twinkling on the water. 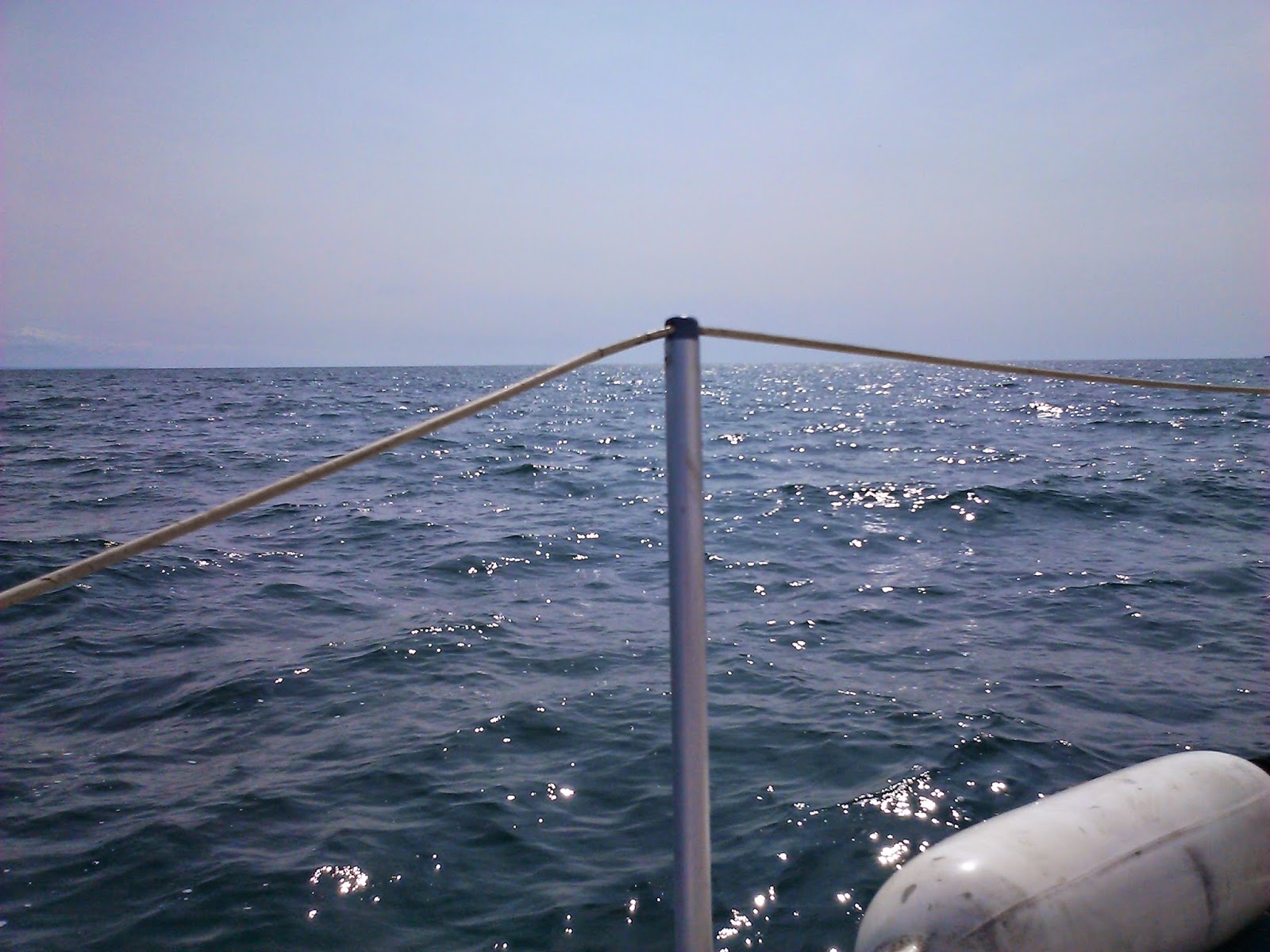 Turning back home and in the distance, the skyline of the old city with its one and only skyscraper, now virtually empty. 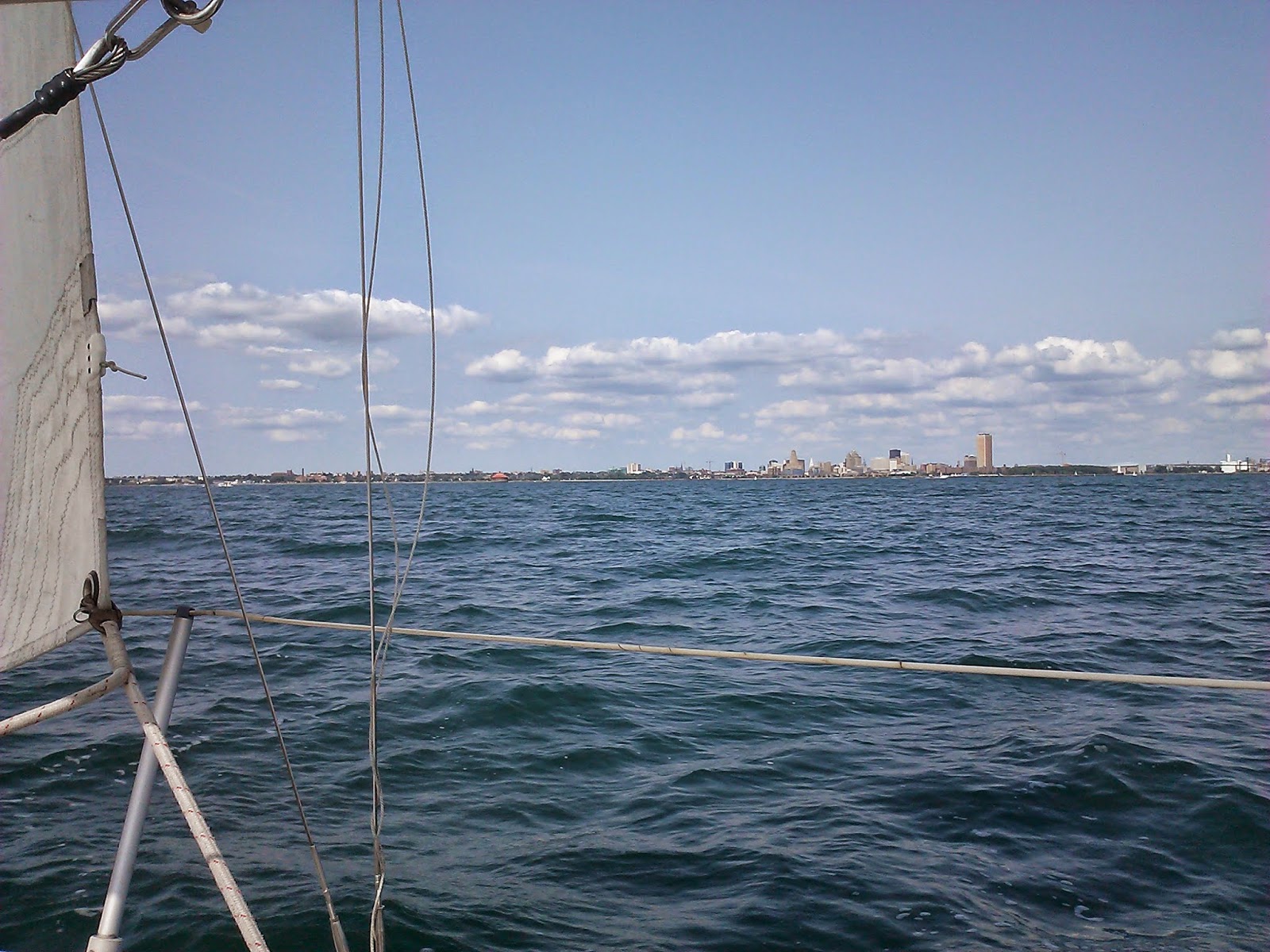 Perhaps some enterprising people could shake this place up ....
Posted by Alenka at 4:23 PM