When, in 1958,  at the height of the Cold War, workmen started excavating a hill behind the Greenbrier Hotel (see below), the official line was that it was for a new wing, exhibition hall and clinic. That much was true. But the hall and the clinic were actually part of a huge 153-room bunker, a fallout shelter with three-to-five foot thick reinforced concrete walls, buried hundreds of feet into the hillside, to house the members of the United States Congress and their staff – over a thousand people -  in the event of a nuclear attack. The Greenbrier was chosen because of its fast links to Washington  (it still has its own railway station) plus the mountains would deter enemy bombers.

Those hotel staff in the know were sworn to secrecy, as were the engineers posing as  TV repairmen who came at dead of night to keep  the equipment in a constant state of readiness.
The secret was only unmasked in 1992 by the Washington Post and soon after, the bunker was decommissioned.  Now anyone can take the tour.

It was a bizarre experience, like entering a  1960s sci-fi film.  The massive steel doors disguised behind innocuous-looking walls,  the 433-foot supply tunnel,  the decontamination rooms, the giant generators,  that could keep the power on for 40 days, the water-purifying plants,  the cafeteria with its black-and-white check lino,   the spartan bunks and lockers, each assigned to individual Congressmen and Senators – the assignments religiously updated after each election.
As well as the clinic there were dental facilities,  an operating theatre  constantly replenished with the latest drugs and technology, an incinerator to dispose of the rubbish – and the dead.  Separate chambers for meetings of the Senate and the House of Representatives still have their tiered seats and fold-down desks.
Some bits were hidden in plain sight.  The exhibition hall was used for trade fairs, visitors little knowing that the hidden doors could slam shut and seal it, turning it into secretaries’ offices.
It was part spine-chilling, part slightly ludicrous. The briefing room, doubling as a TV studio,  with its murals of the White House and the Capitol, in front of which politicians could reassuringly address their public, never mind that the real buildings – and possibly many of the public - might not be there any more.  The stash of riot gear in case the politicians, maddened by confinement, turned on each other. “Imagine” speculated our guide, Nancy,  if our Congress all got locked up together like that!”
“Great idea,” said someone in the group,
All that money and effort for  something that was never needed.  Thank God it was never needed.  Some documents  were sent there during the 1962 Cuban Missile Crisis. But no people.
There's still something secretive about it, mind you. Cameras everywhere (in case some one "got lost") and no photos allowed (the above are from the website) as companies now apparently store classified documents and records there.
And now we’ve supposedly moved on.   Nancy had to explain to the younger tourists what the Cold War was.
But every generation has its terrors. Back at the hotel, I asked an employee if you could still take the waters in the little pavilion they used in the old days. 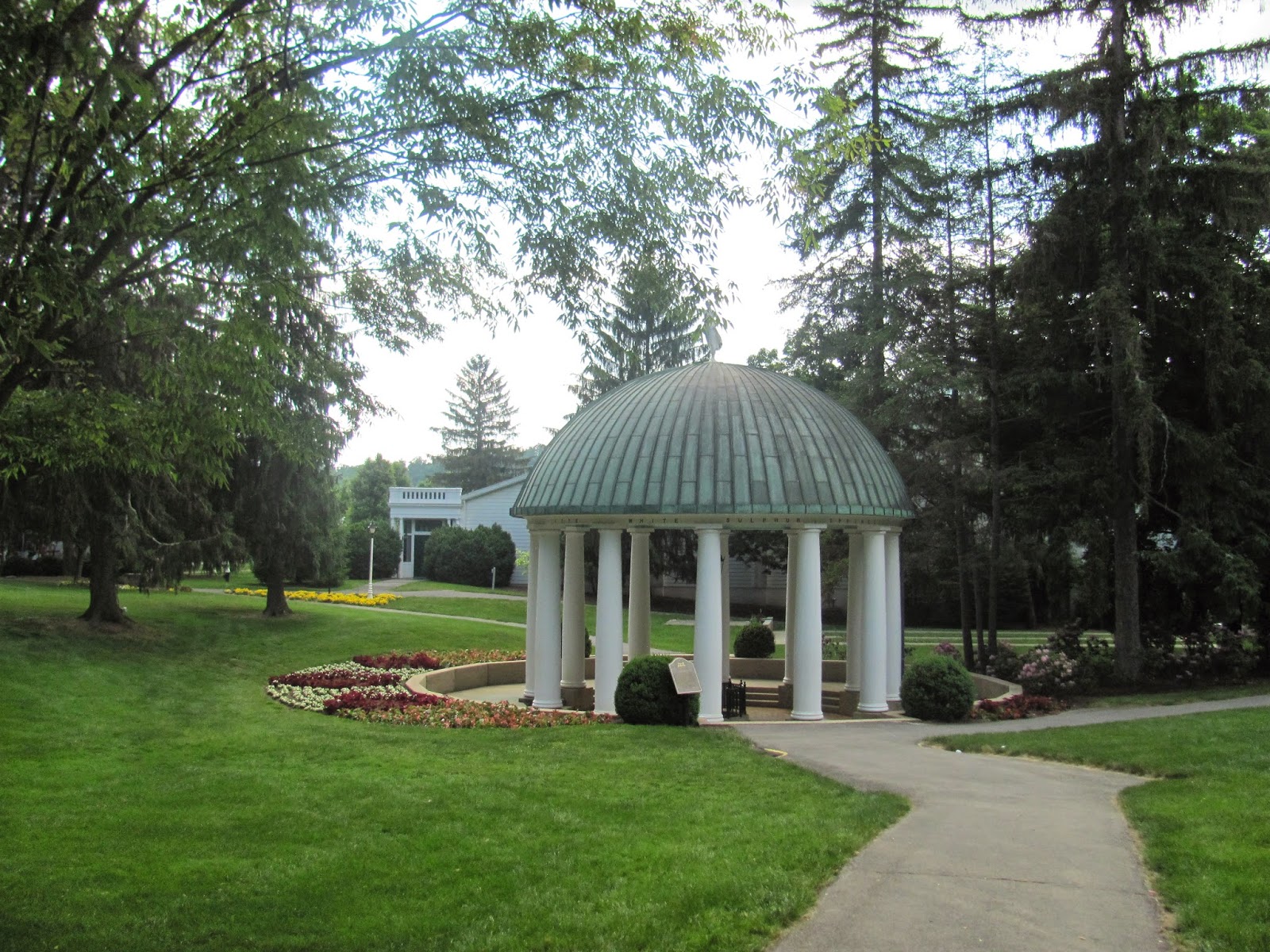