Buffalo Naval Park - a short hop from the Marina - on a sunny Sunday. It's on days like this that you really feel the dearth of decent cafes and eateries around here. The only restaurant at the Naval Park had a hand-scrawled sign saying they were closed and didn't know why. One can only speculate.... 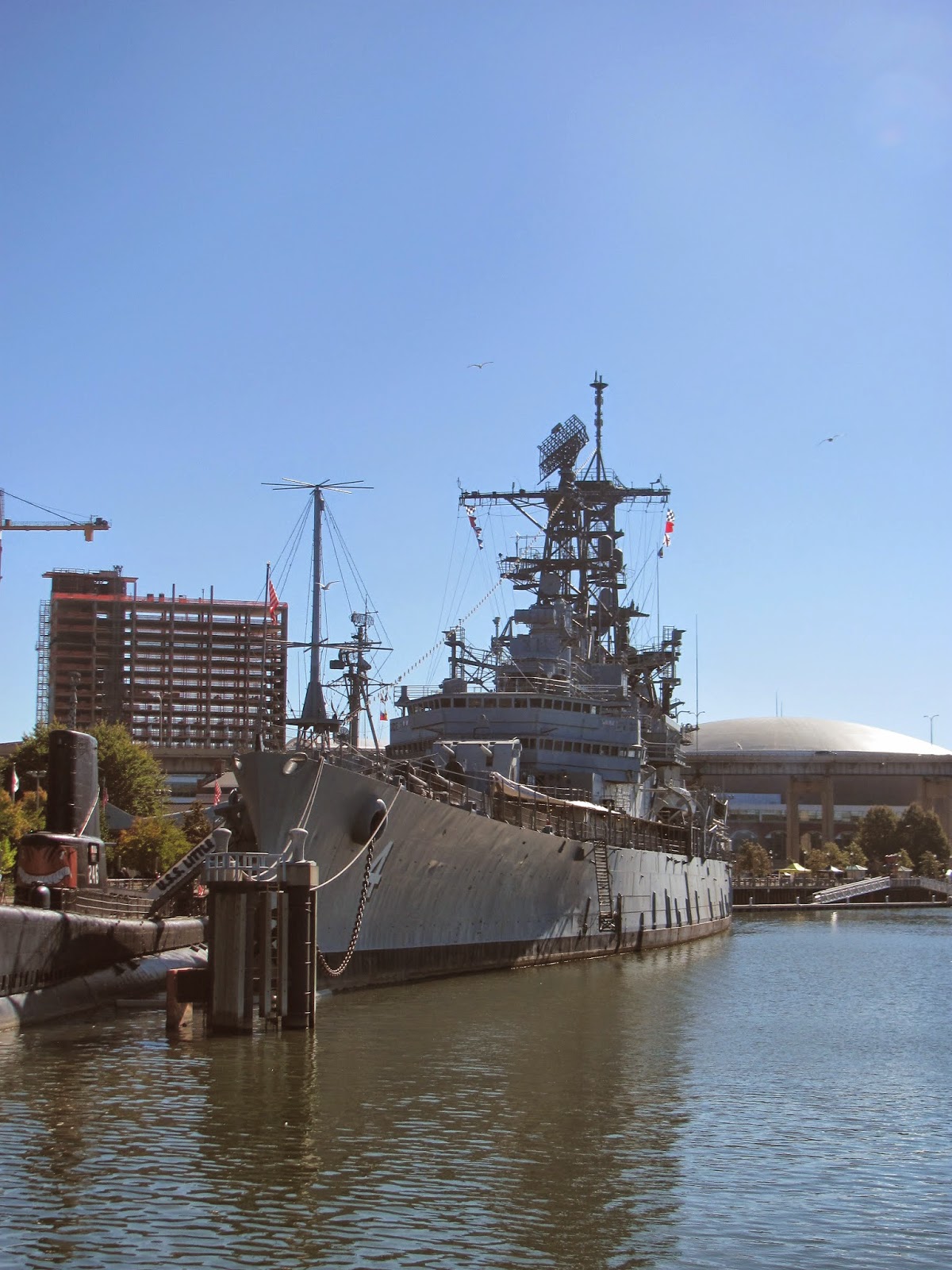 Still, the USS Little Rock is an impressive sight, surrounded by various other naval memorabilia, including a submarine.
But perhaps the most impressive things around here are all the memorials along the waterfront. I never realised there were so many.  This one commemorates Vietnam. 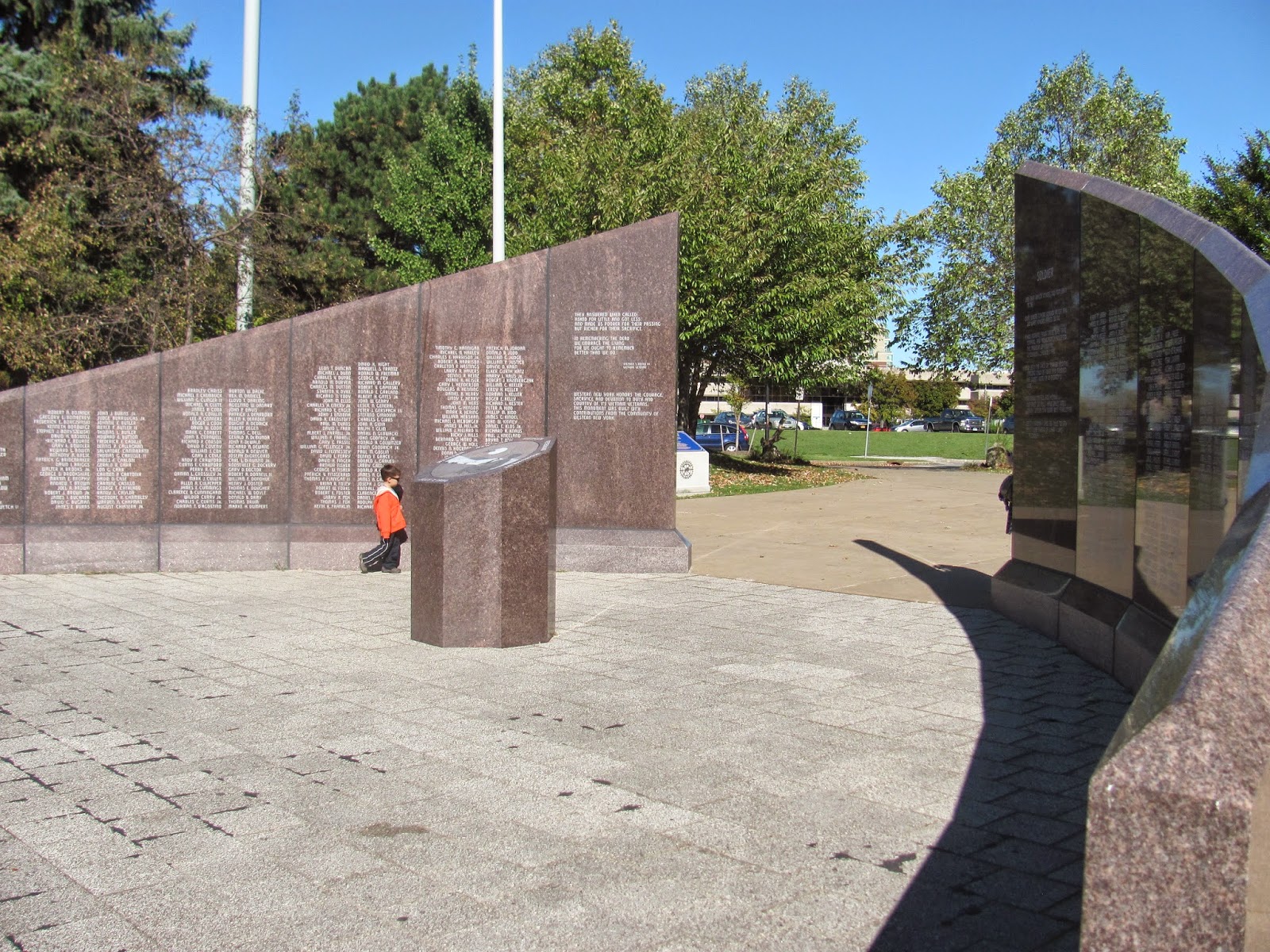 With some poignant inscriptions. 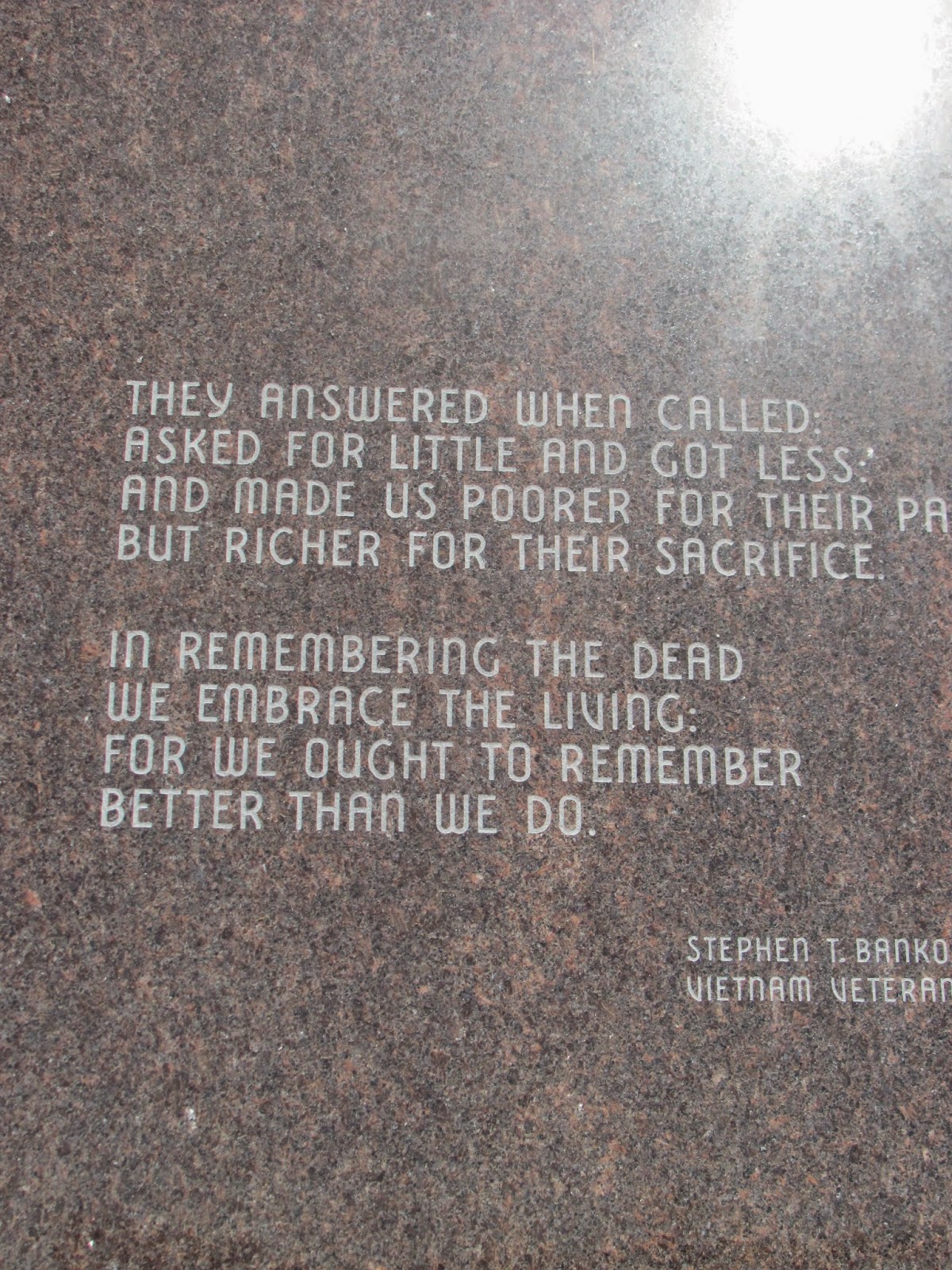 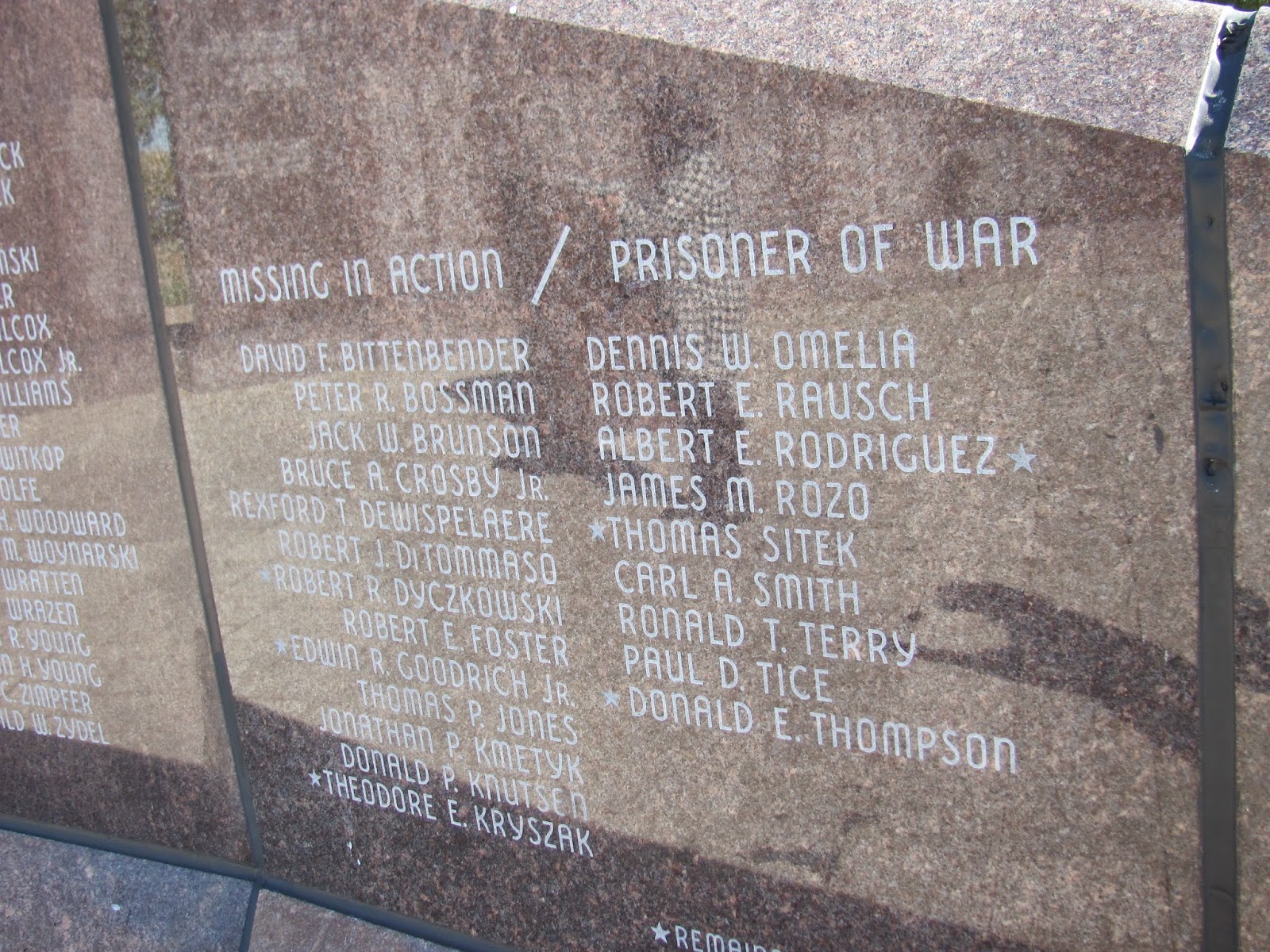 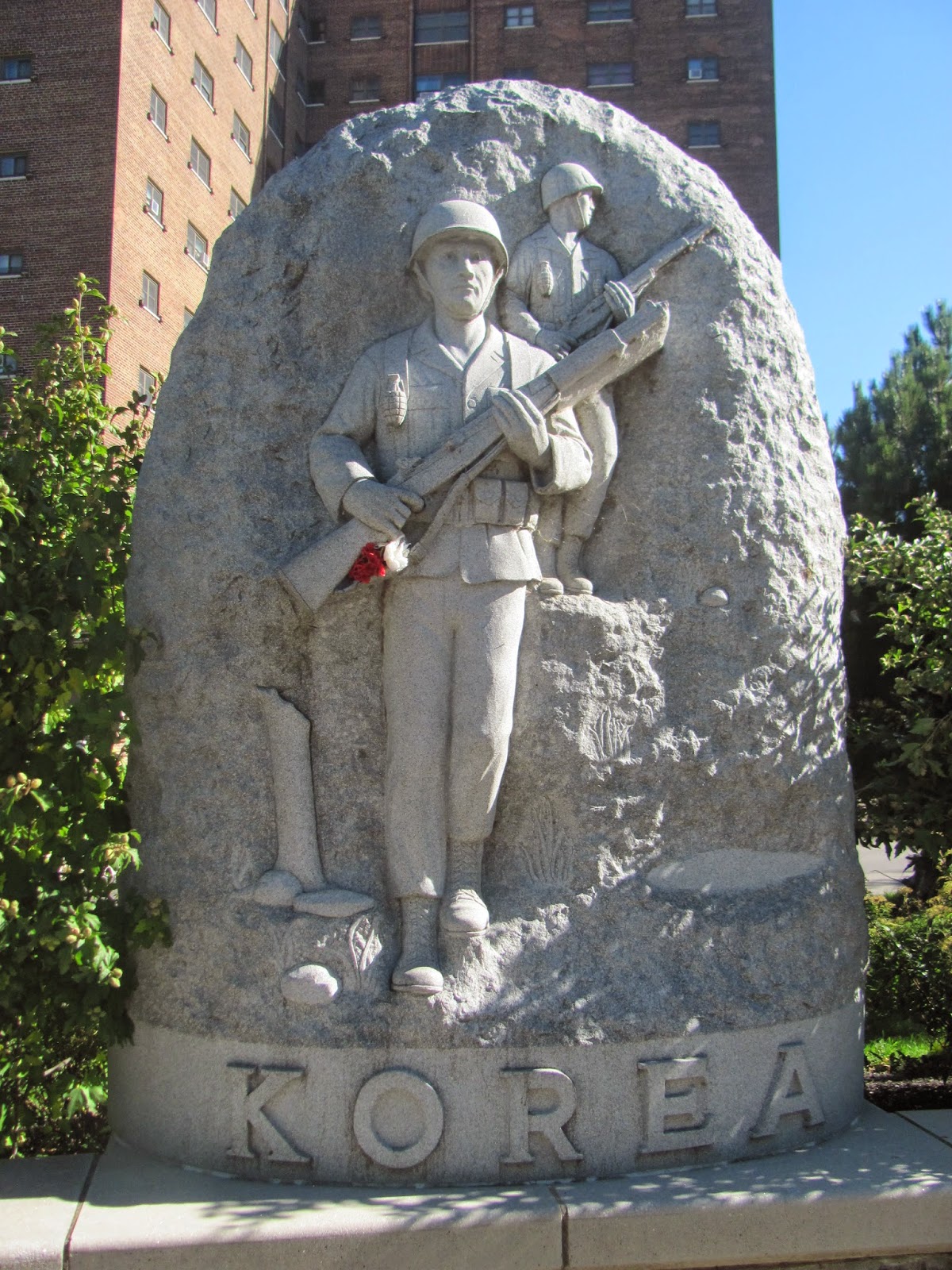 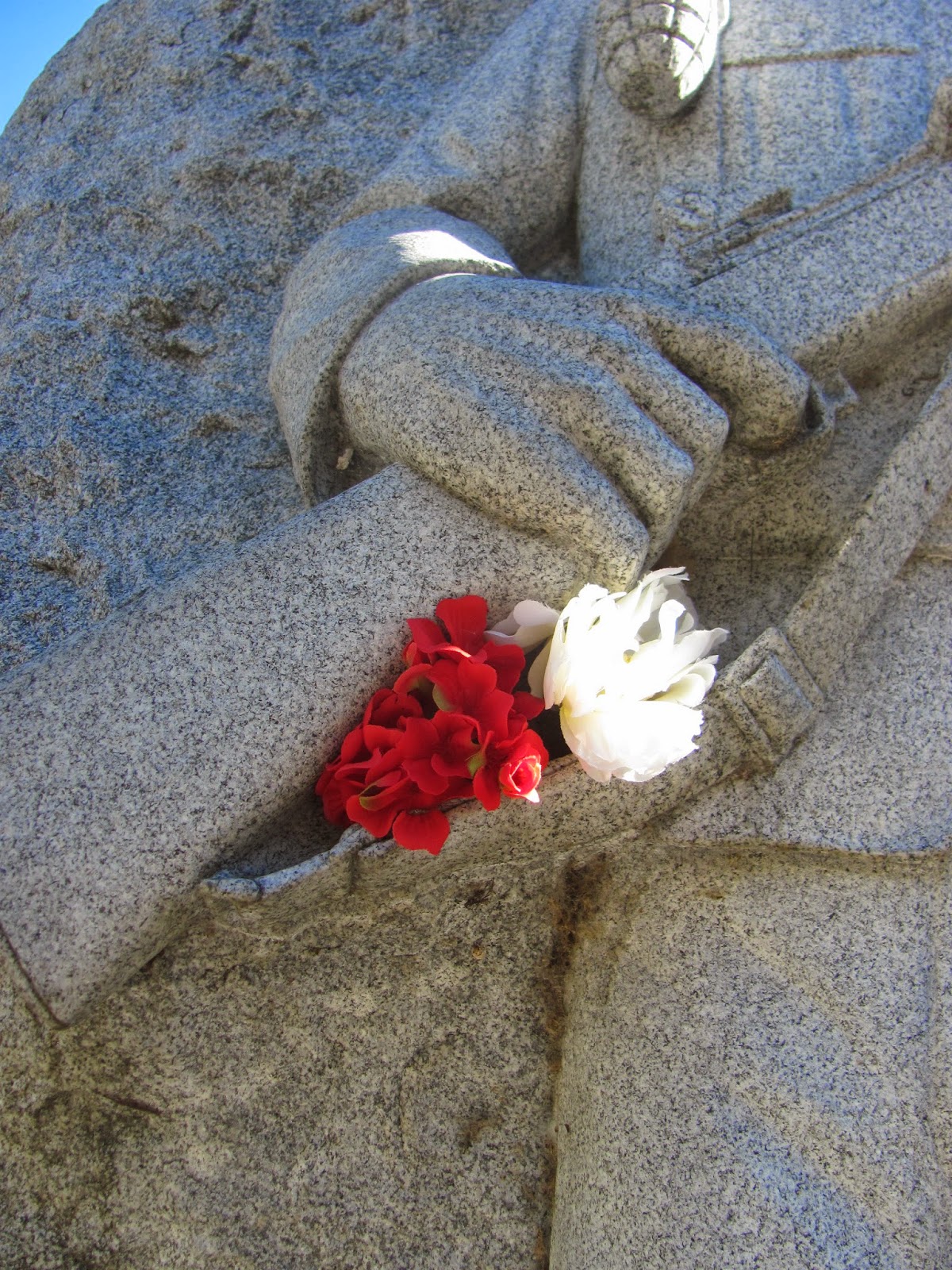 This one commemorates Hispanic soldiers. (It's lovely and I don't want to disparage the brave Hispanic soldiers but what about the other ethnic groups? They should get some recognition too.) A memorial to the USS Grenadier, crippled by enemy aircraft in 1943 scuttled to avoid it falling into the hands of Japanese. The plaque tells us that all the crew were captured by the Japanese and imprisoned until the end of the war. 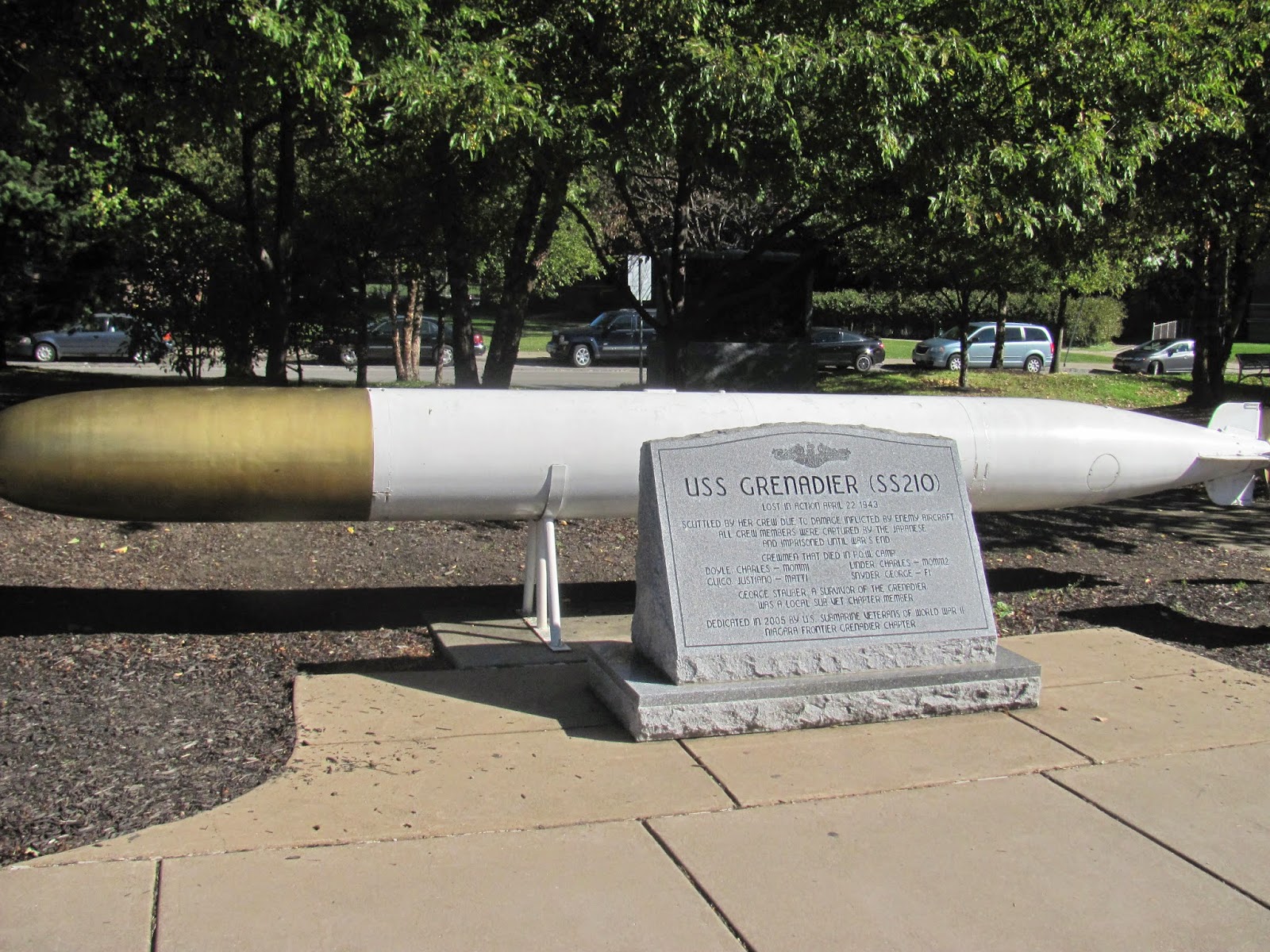 And on to much more recent conflicts. 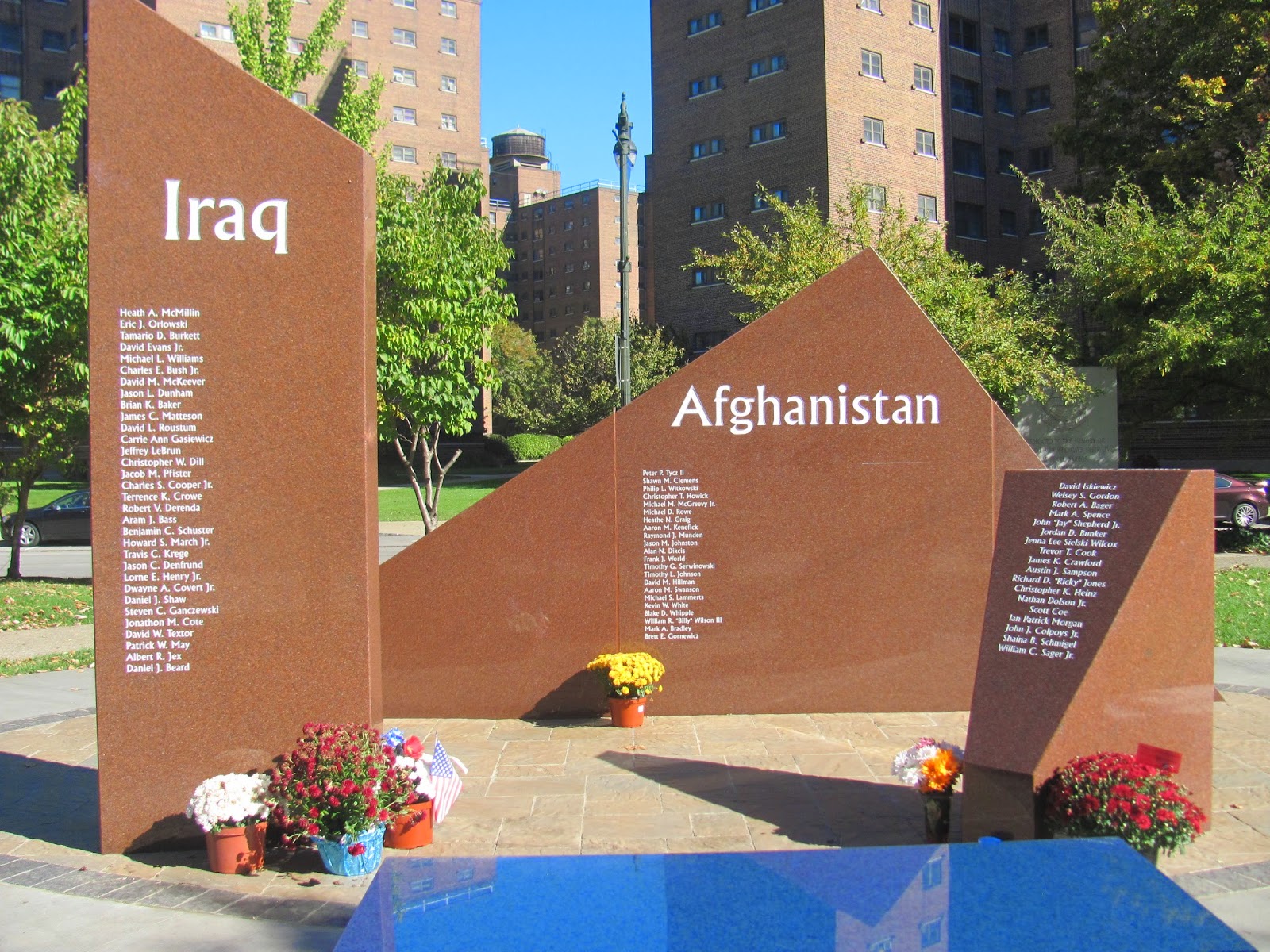 Meanwhile, at the museum, guess whose gun this was? 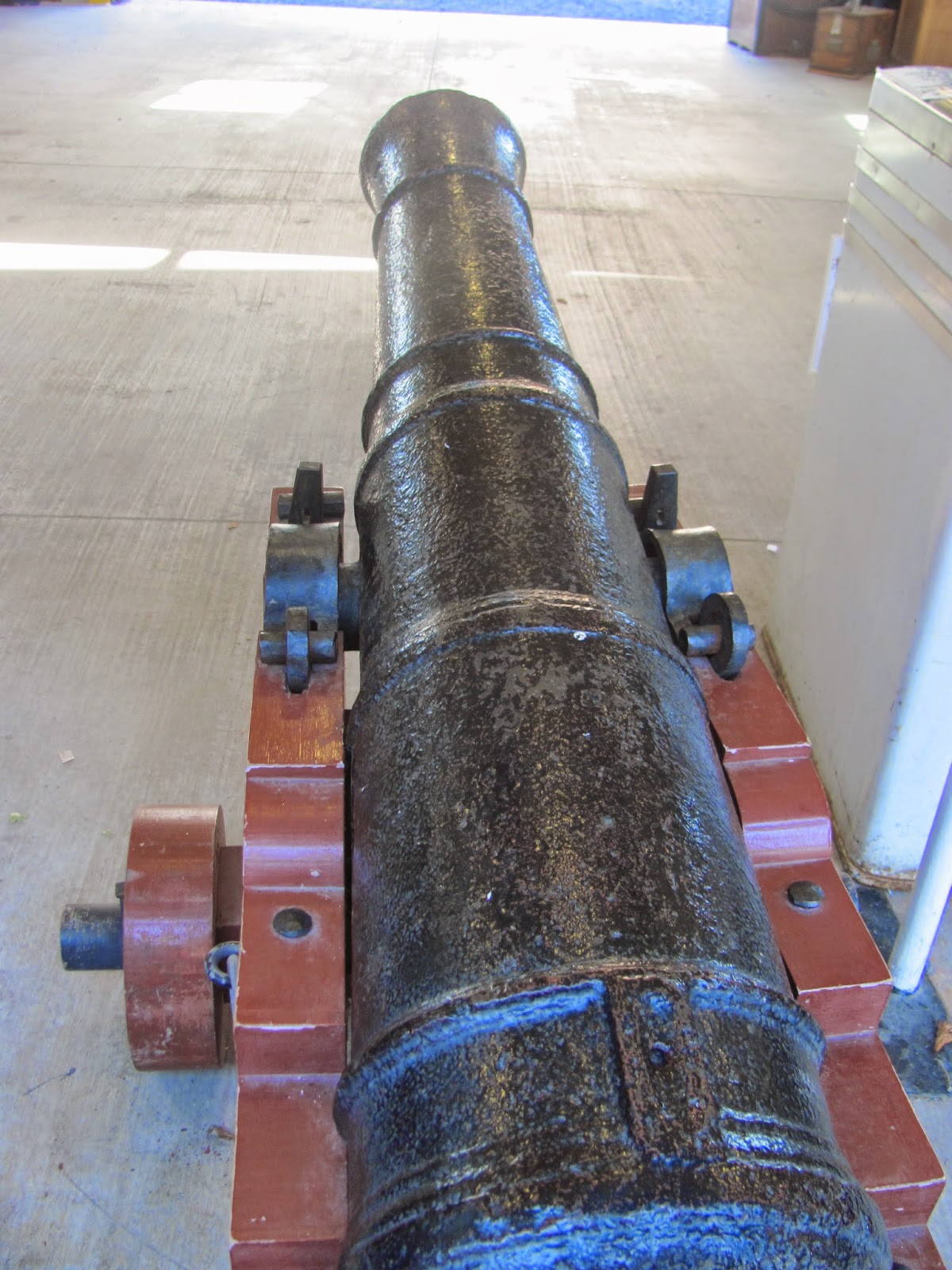 The Buffalonians may have won the battle but we won the war! (Of 1812) 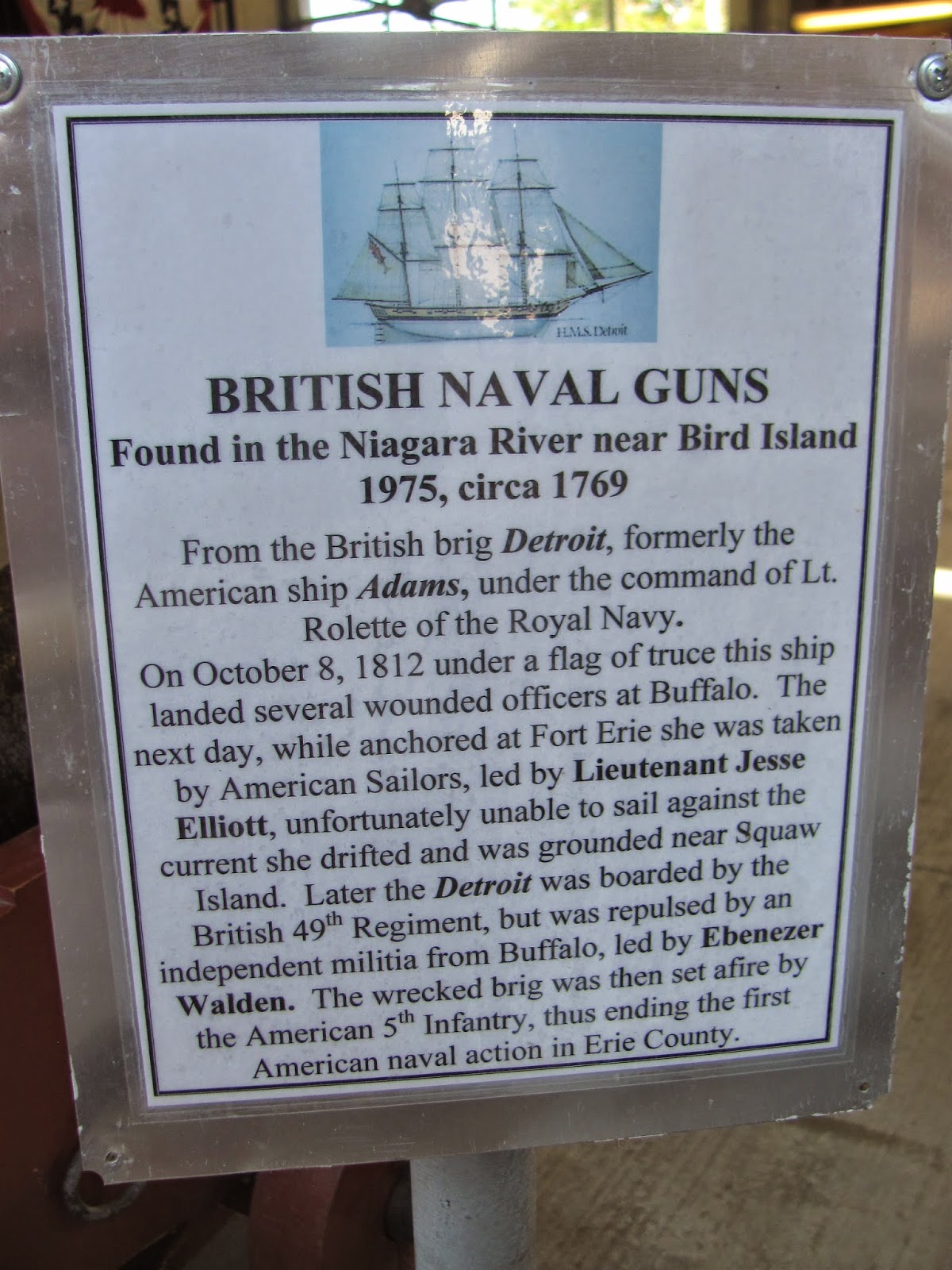 And finally to the Irish famine memorial. Every year they hold a Mass here, many people dressed in green. We sit in our boat in the Marina and listen to the poignant Irish music dancing across the water. 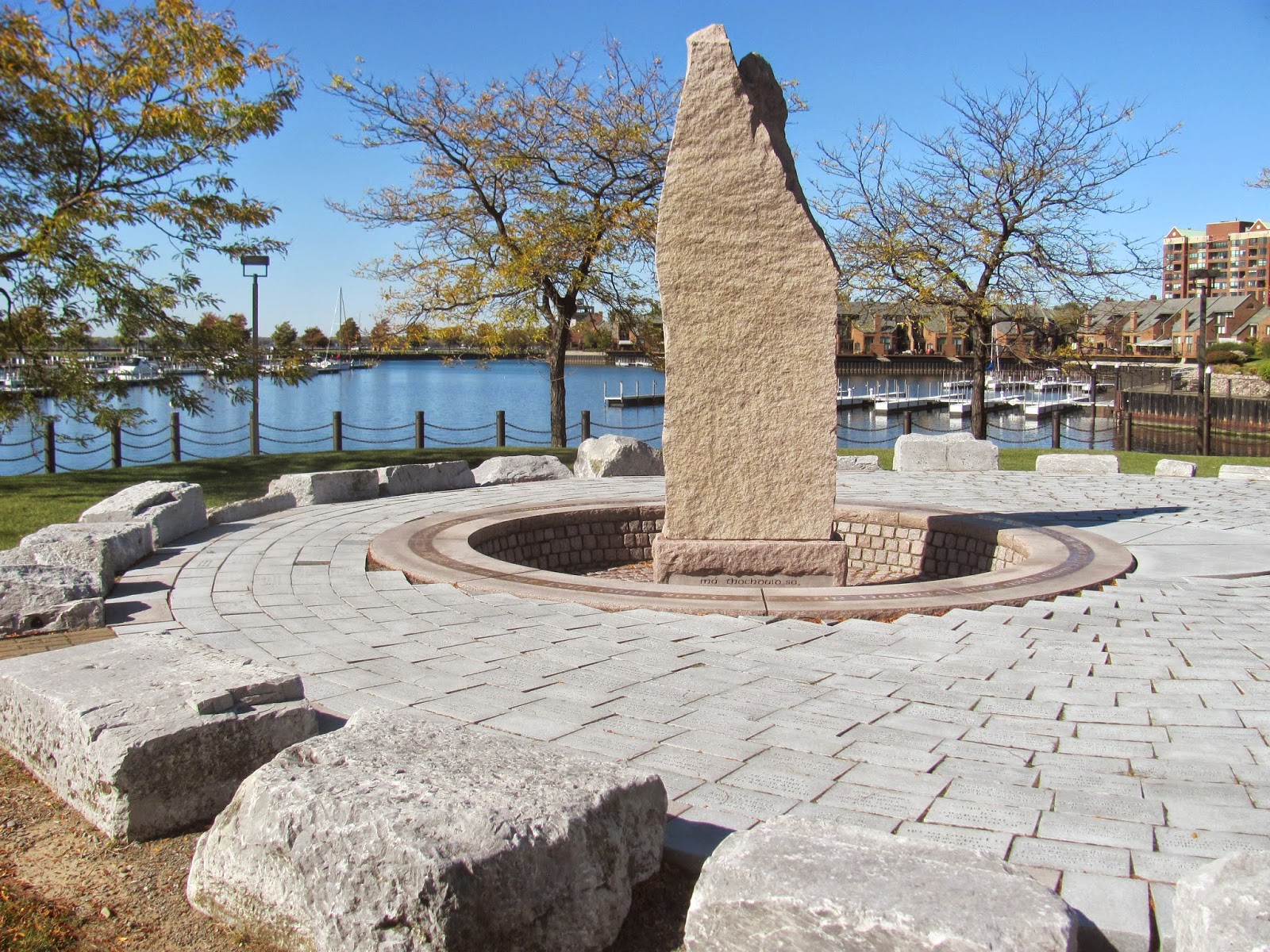