In the exquisite shape of Thomas Jefferson's Rotunda for the University of Virginia at Charlottesville, based on the Pantheon in Rome. Again a quickly-snatched photo and they were doing some works on it, which didn't help. American university campuses are like small, hectic cities with draconian parking laws and traffic systems understood only by their denizens. This had a hospital "campus" too. The world over, the worst sort of places for finding your way around. 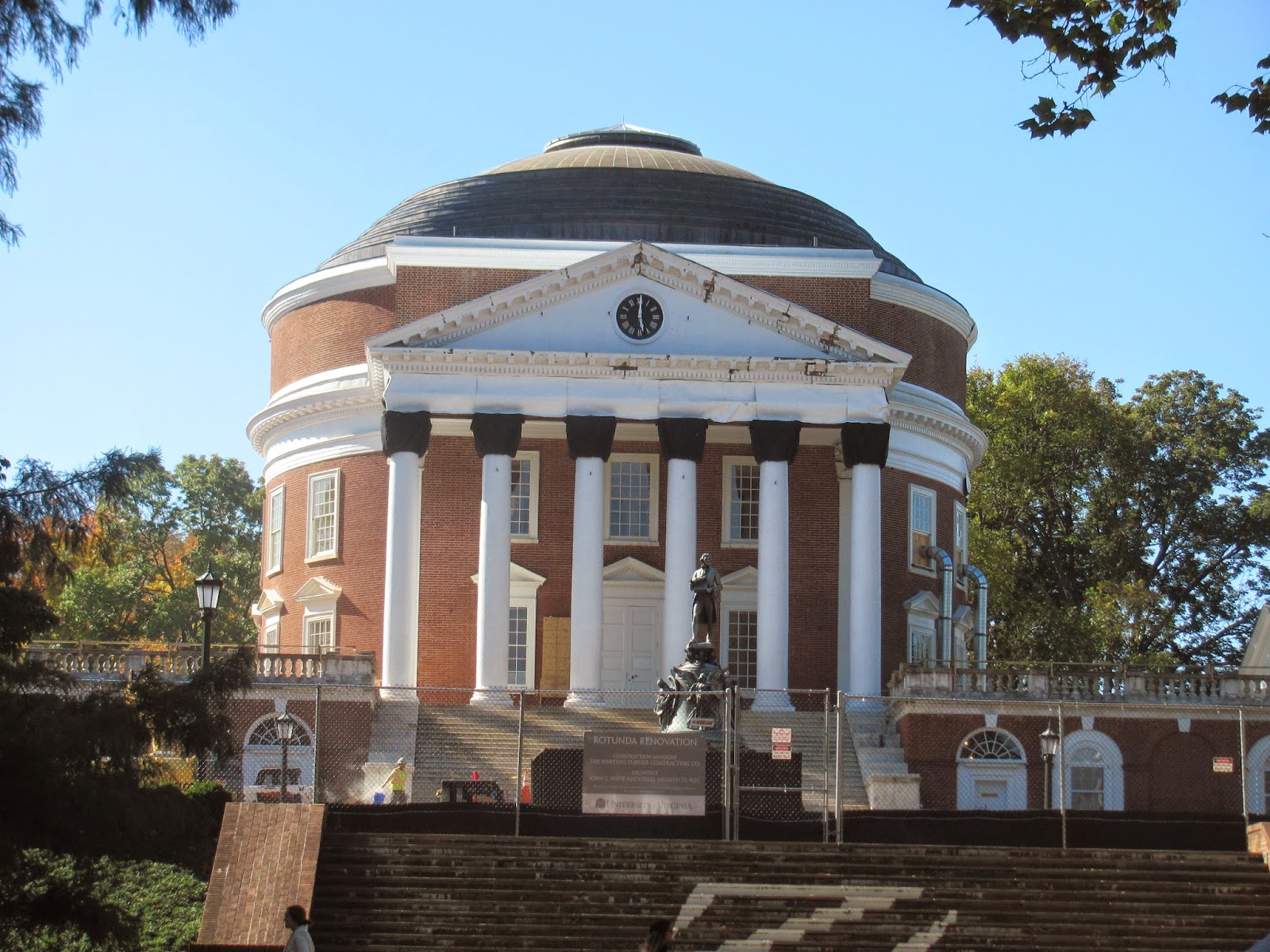 Jefferson, the Third President, as proved by his instructions for his gravestone, was prouder of designing the University of Virginia than anything else he did, apart from the Declaration of Independence. The rest of it is impressive too - what we saw of it.
It's not a paradise. Sadly we had popped into a local Starbucks and seen a "Missing Person" poster for the British-born student, Hannah Graham, then still missing and since found dead. I couldn't help thinking how many of these posters they must issue in America - you see them everywhere, particularly in motorway rest areas. It was all on an official, clinical-looking form, with sections for different personal details, clothes and so on. Poor girl and poor family. May she rest in peace.
Posted by Alenka at 11:05 AM