I had a better title but someone else thought of it. 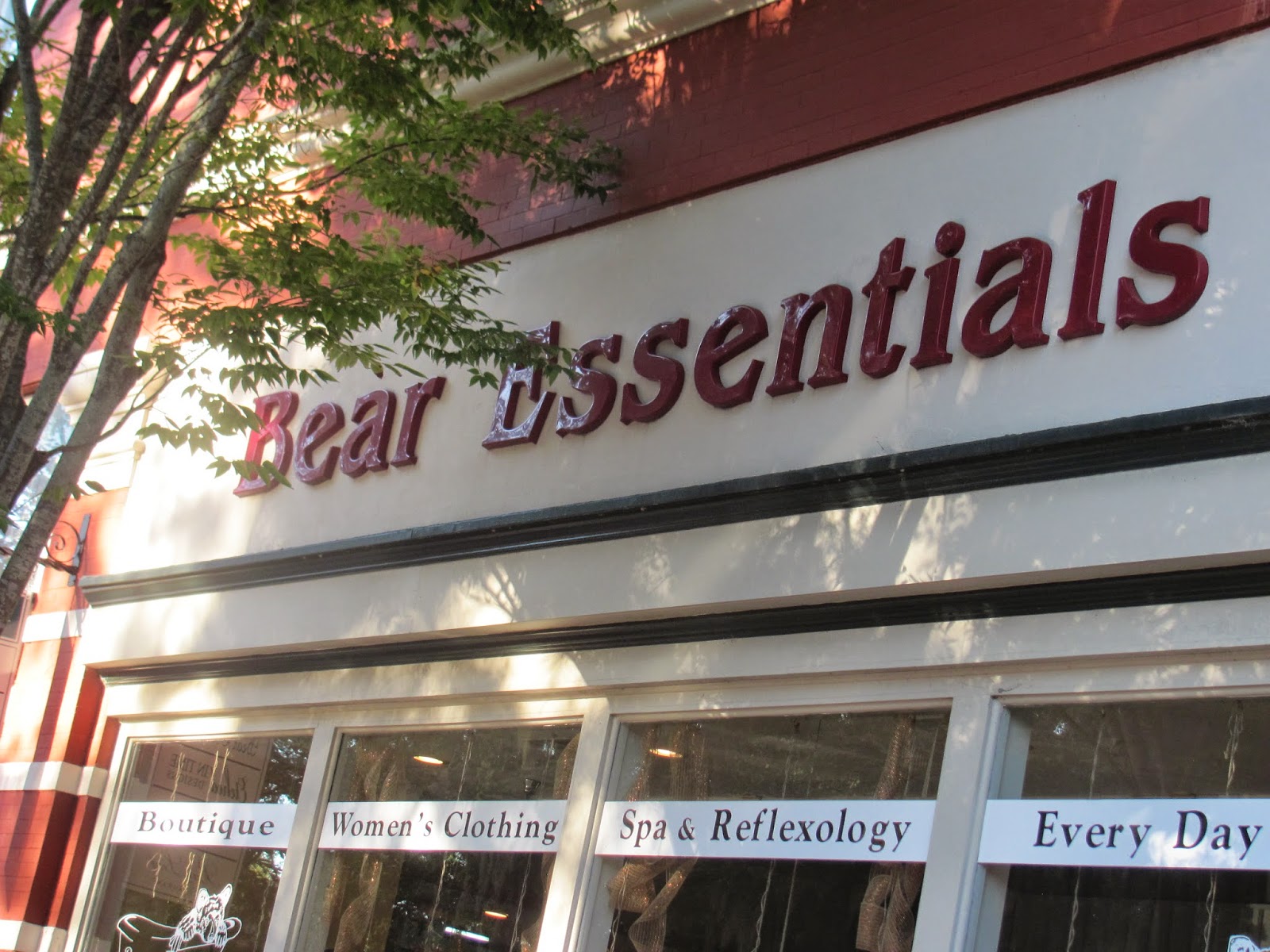 This is New Bern, North Carolina, a city, true to its name, no doubt because of its name,  overrun with all things ursine. 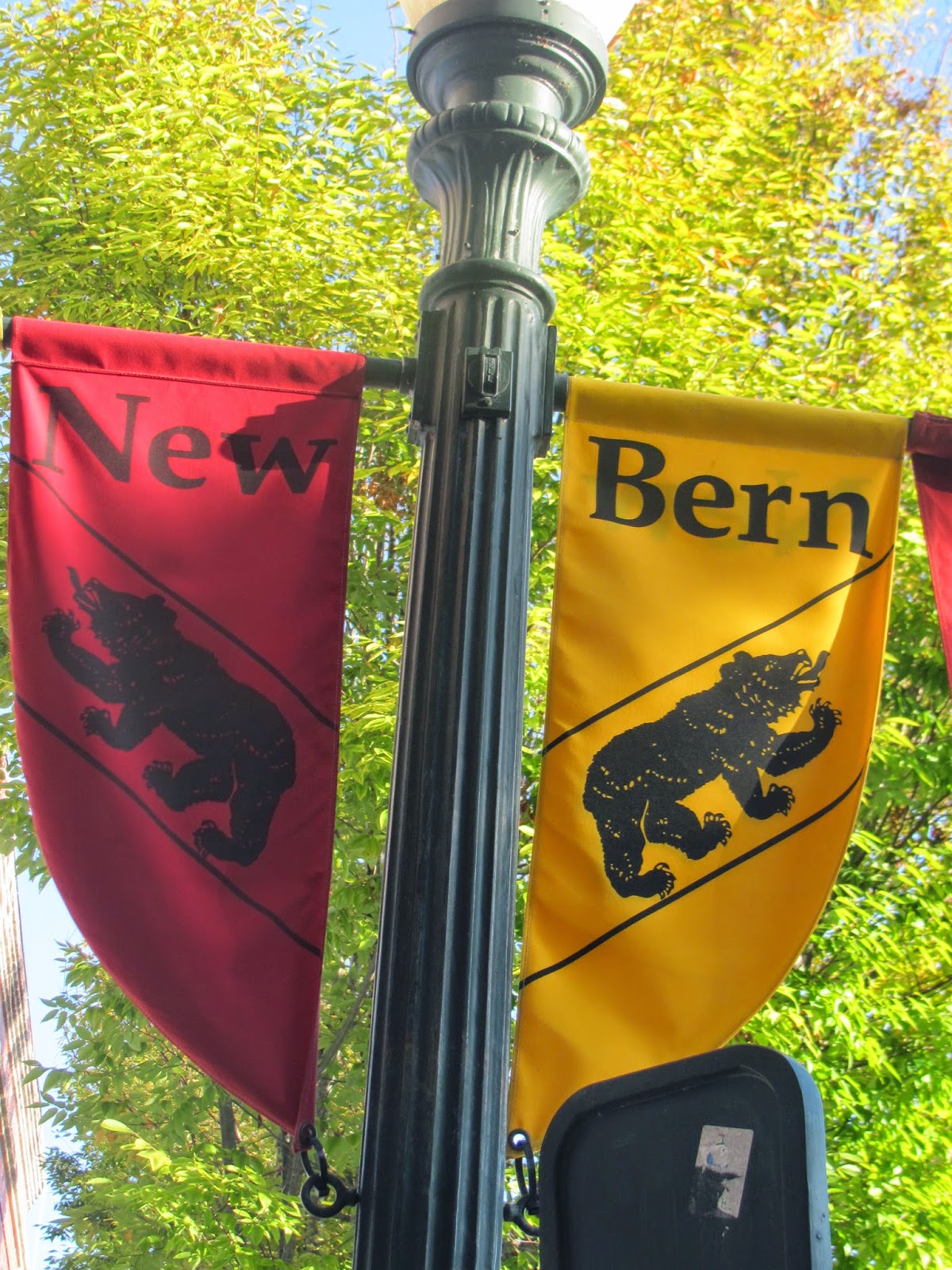 ..to the point of tedium. 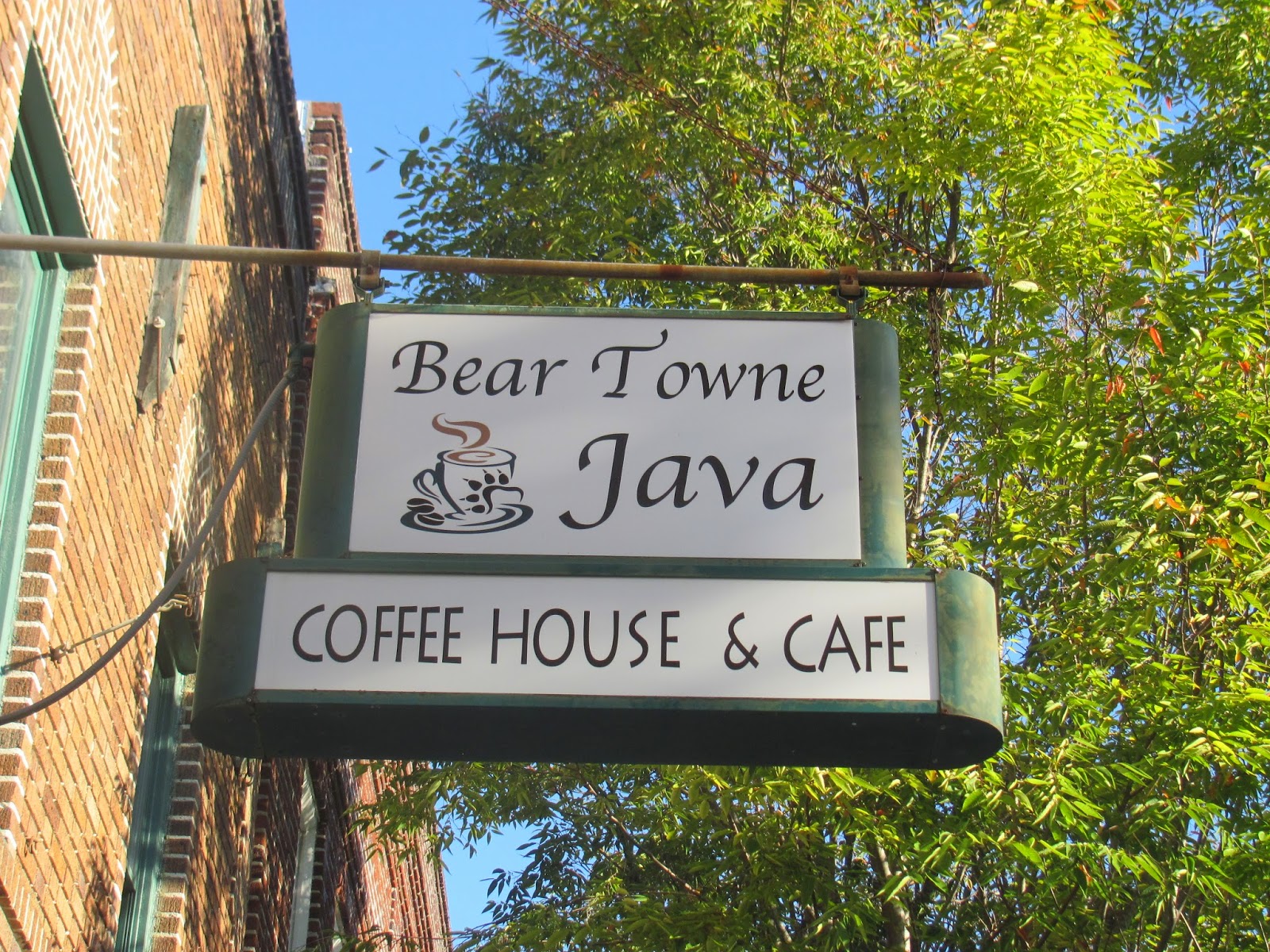 This I think a rather American syndrome. Choose your tradition and hang on to it like grim death.
Hence we have scare bears. 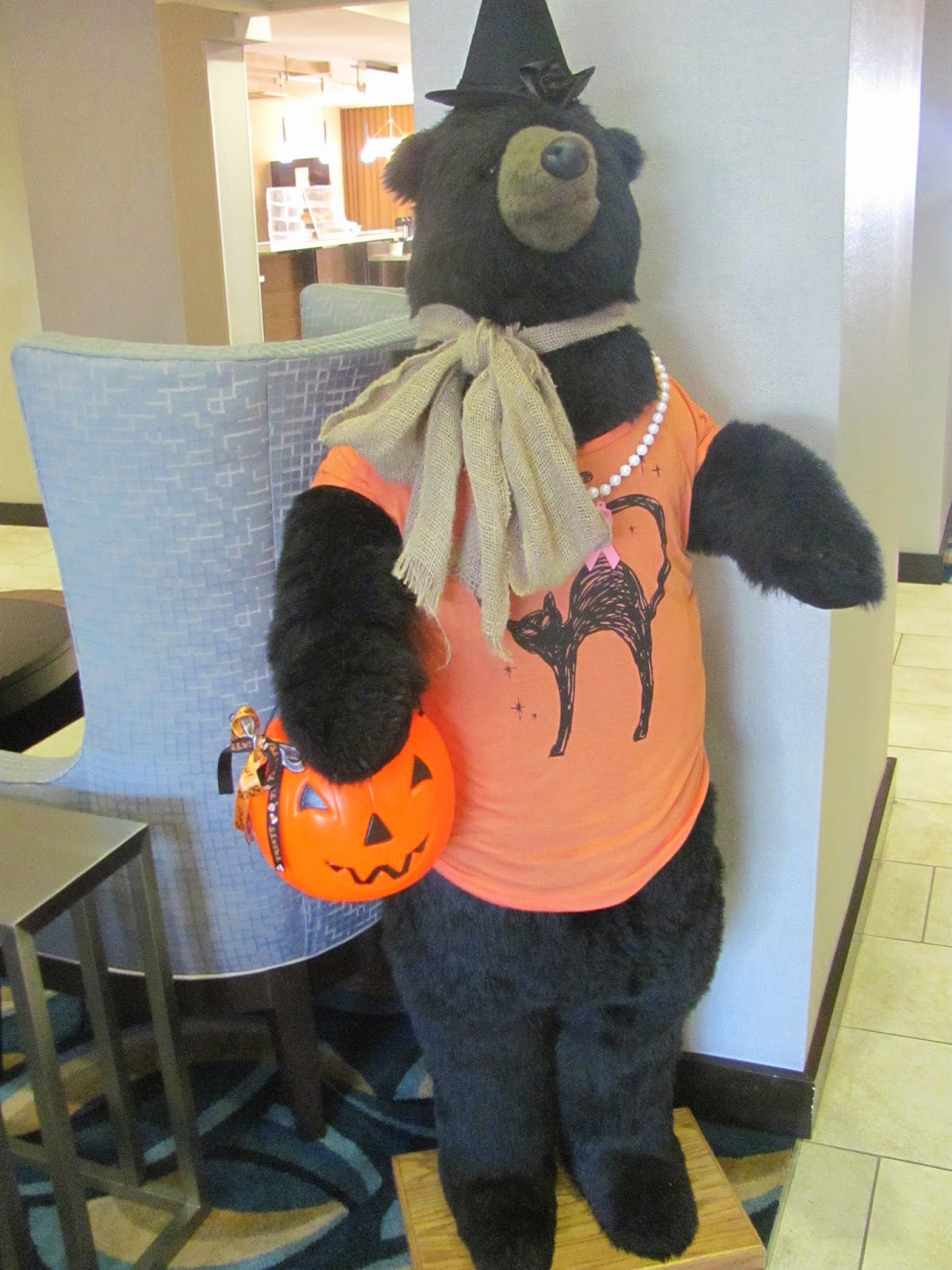 And of course a dancing bear. 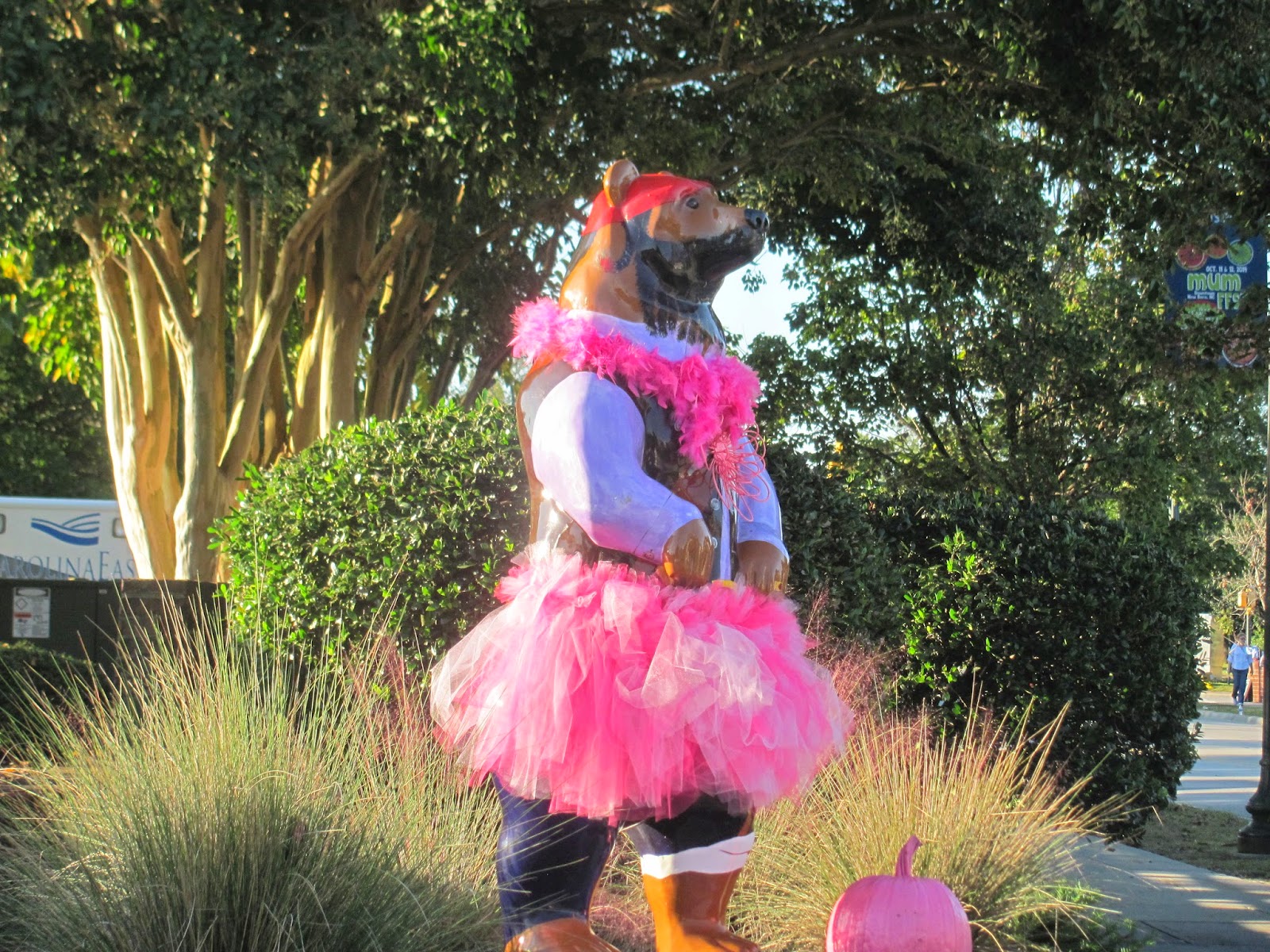 Though the town evidently has some rebels. 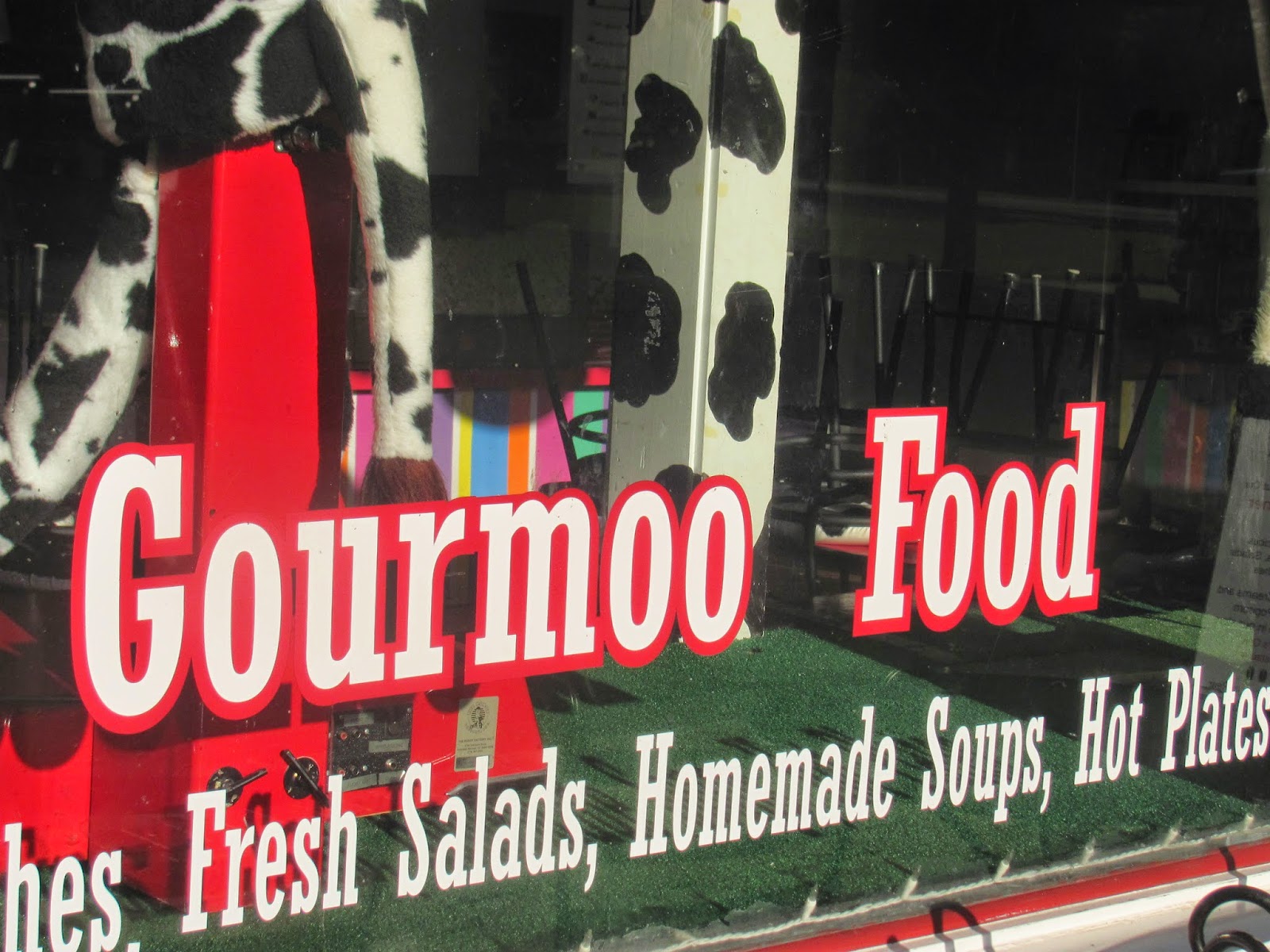 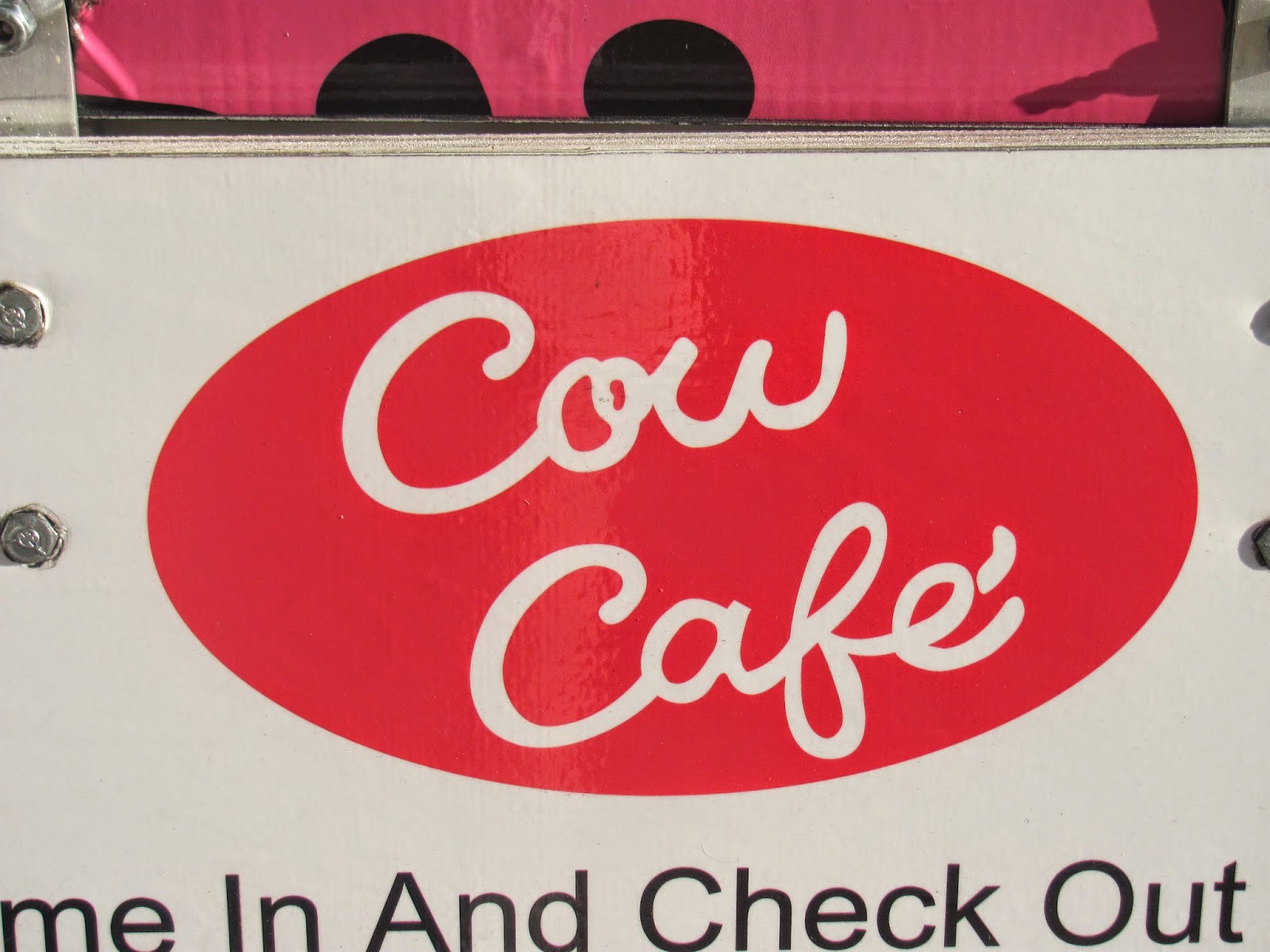 And I'm not sure where he fits in 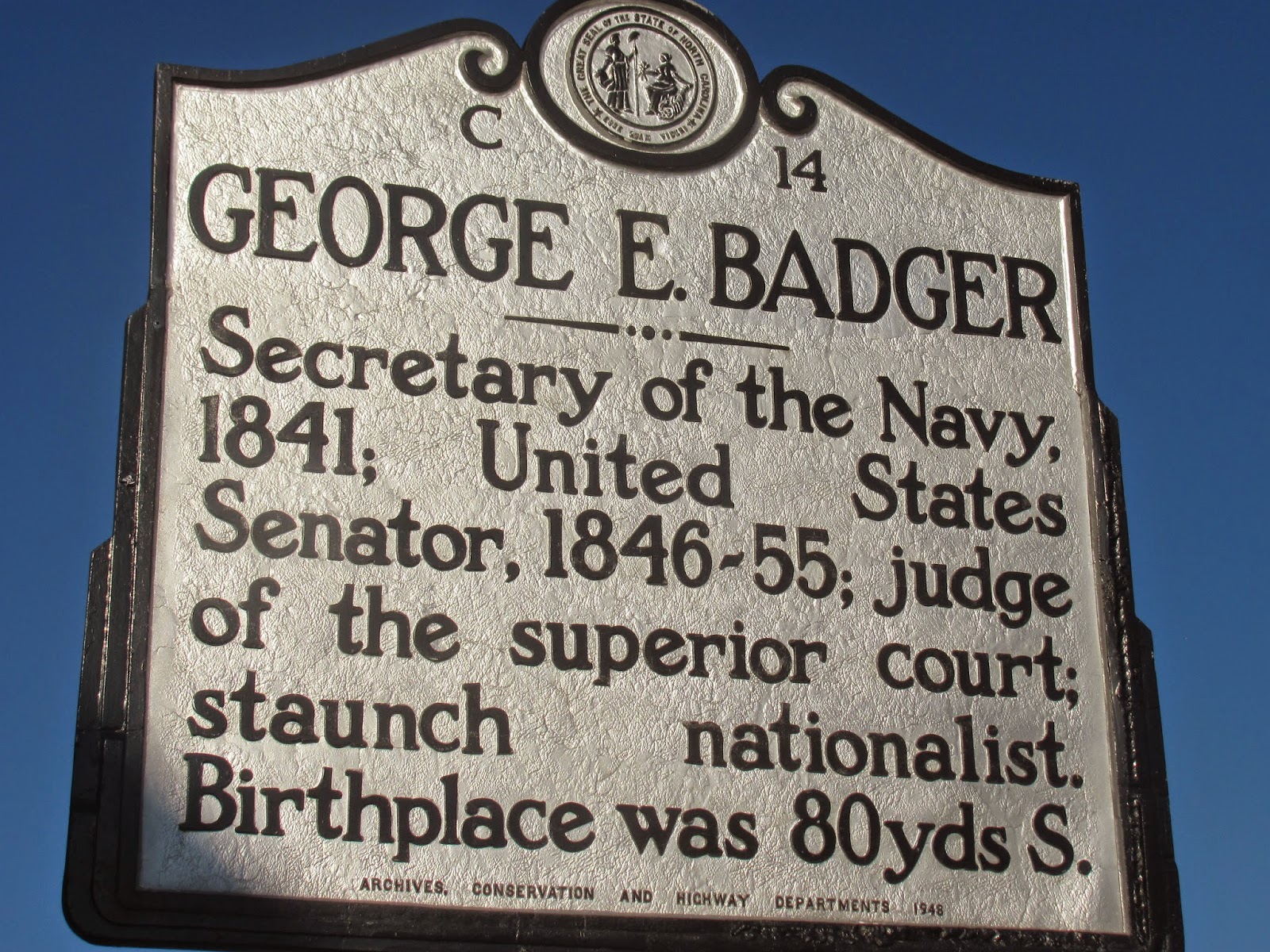 Still, it's a pretty, historic place, with a fine Episcopal church. 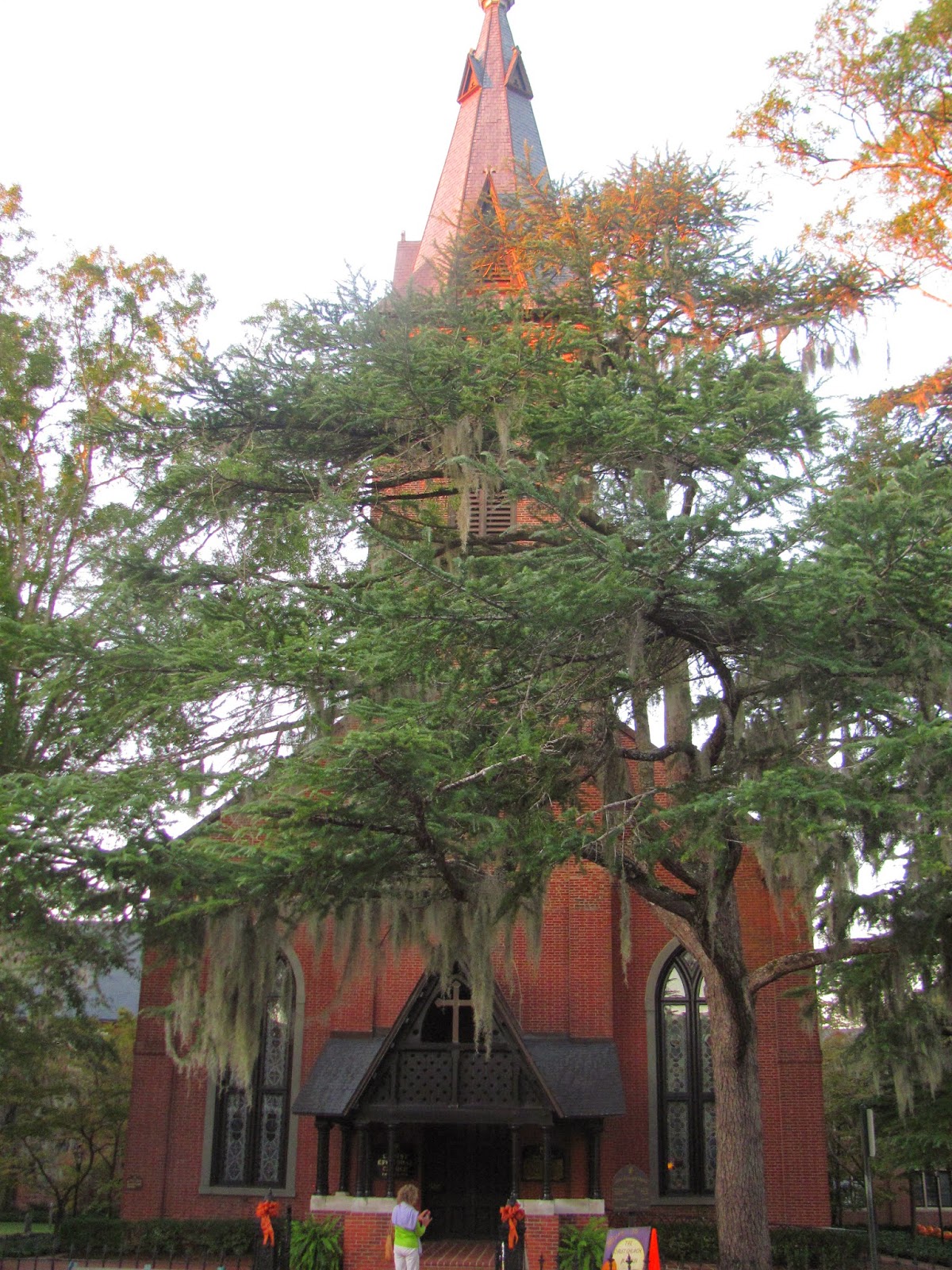 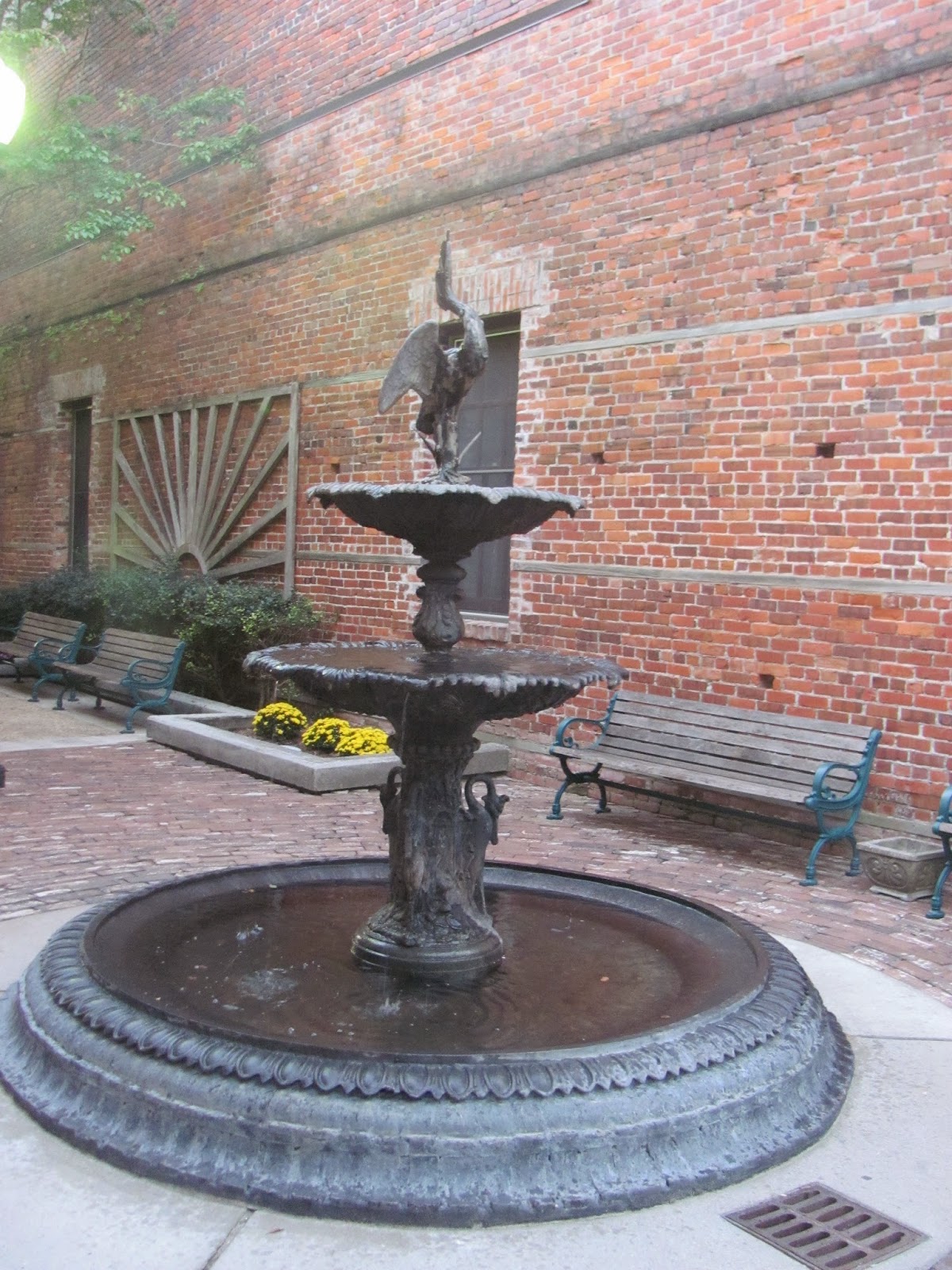 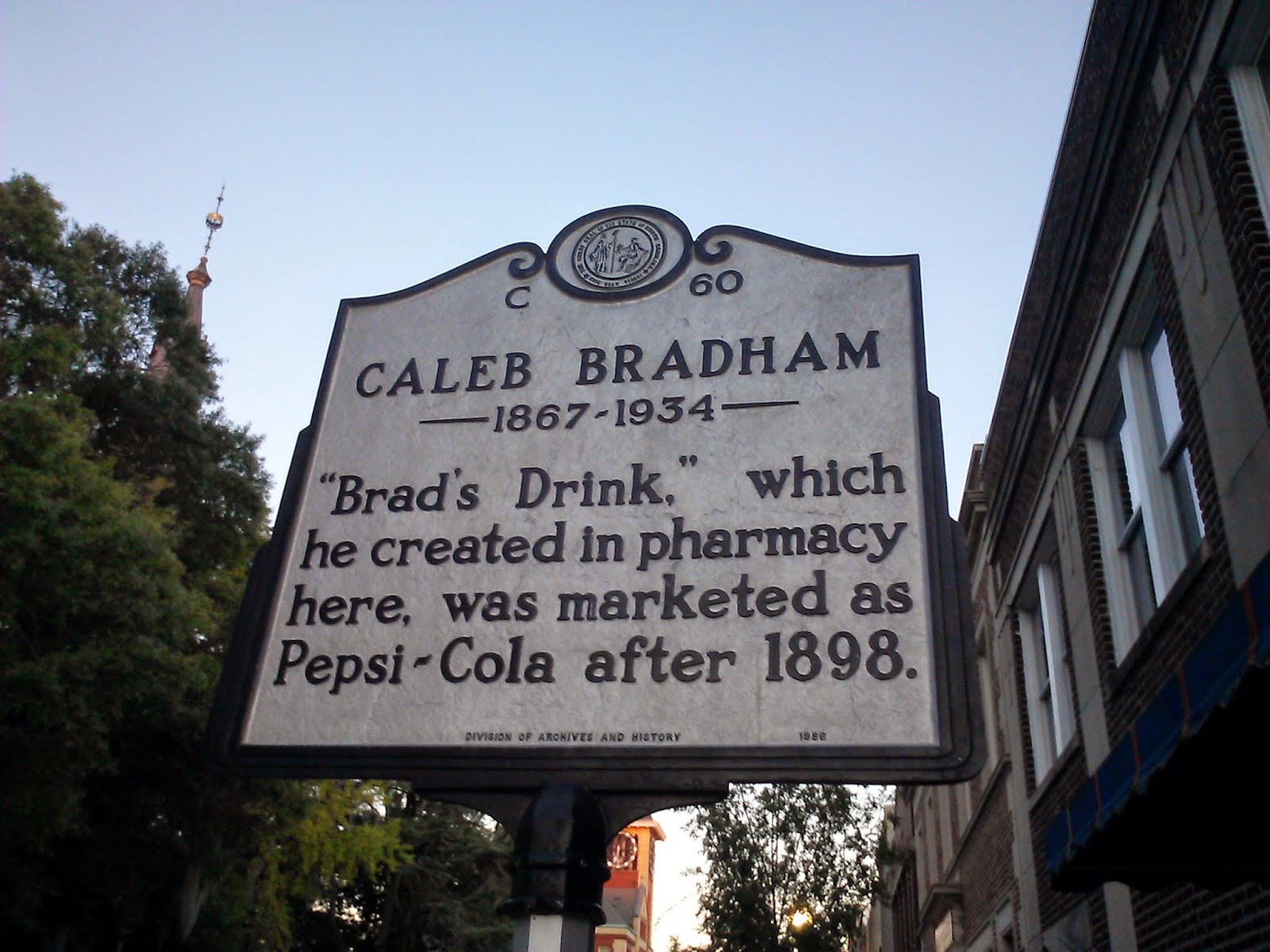 And a beautiful view from our hotel. 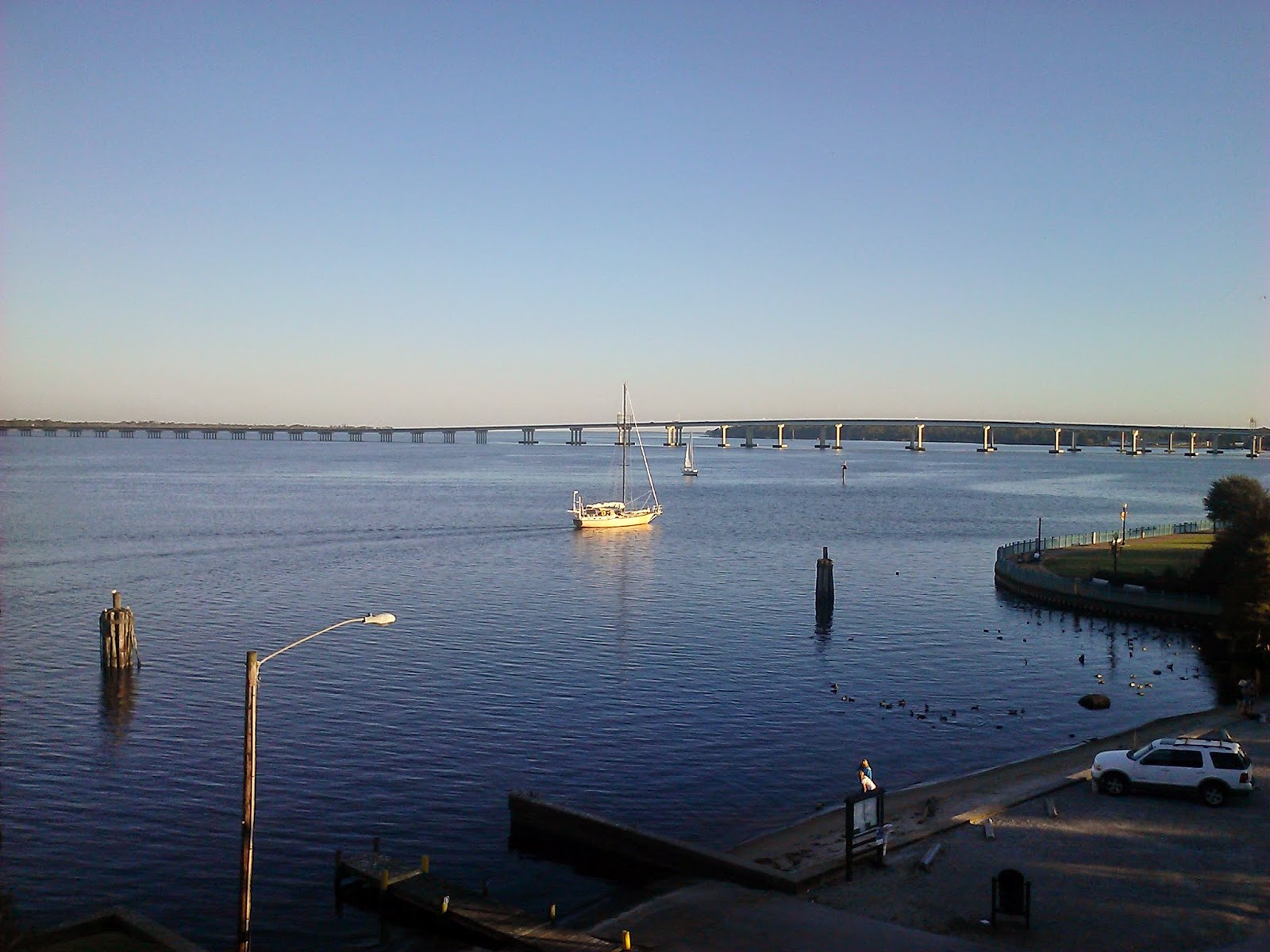 We had in fact visited a couple of years ago and stayed at a different place where the view was less good. We overlooked a small green which turned out to be a rest area (in the American sense) for boaters' dogs. One after the other made use of the facilities until it wasn't a joke any more.  Among the reasons I wanted to come back: to  taste again the shrimp and grits which sister-in-law had had last time in a restaurant in town. I had sampled a bit and ever since had fantasised about a dish of it all to myself.  Trouble was, we couldn't remember which restaurant it was.
"It's that one on the corner".
"No it wasn't on a corner."
"Yes it was."
"Wait a minute, I recognise the lamps."
Anyway, we found it and the shrimp and grits didn't disappoint. In fact I leapt on them so enthusiastically that I didn't have time to take a photo, for which fact you're probably grateful.
Posted by Alenka at 12:10 PM