Winchester - But Where's the Cathedral?

Into Virginia next, the tidy, scenic and very English state. 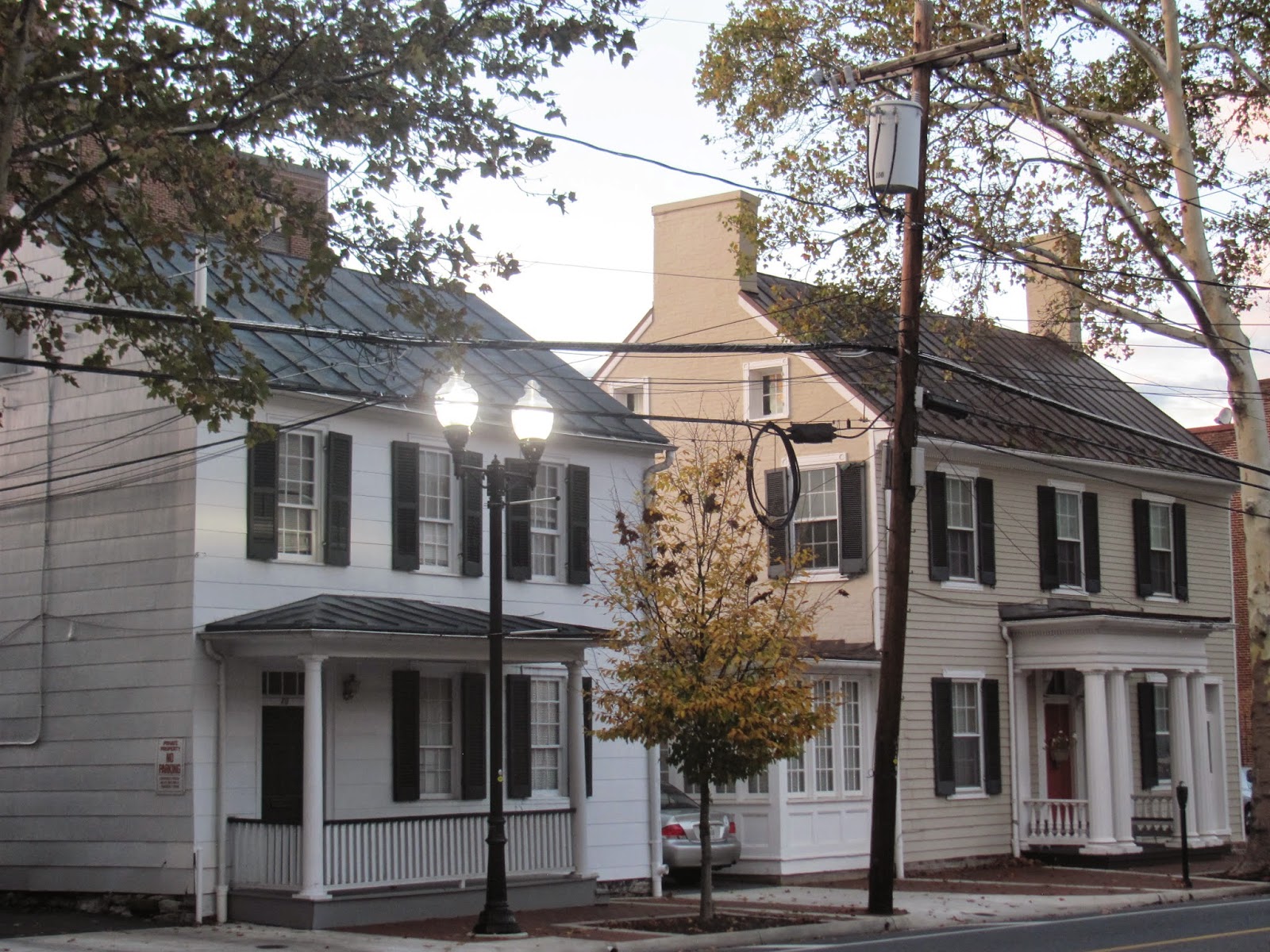 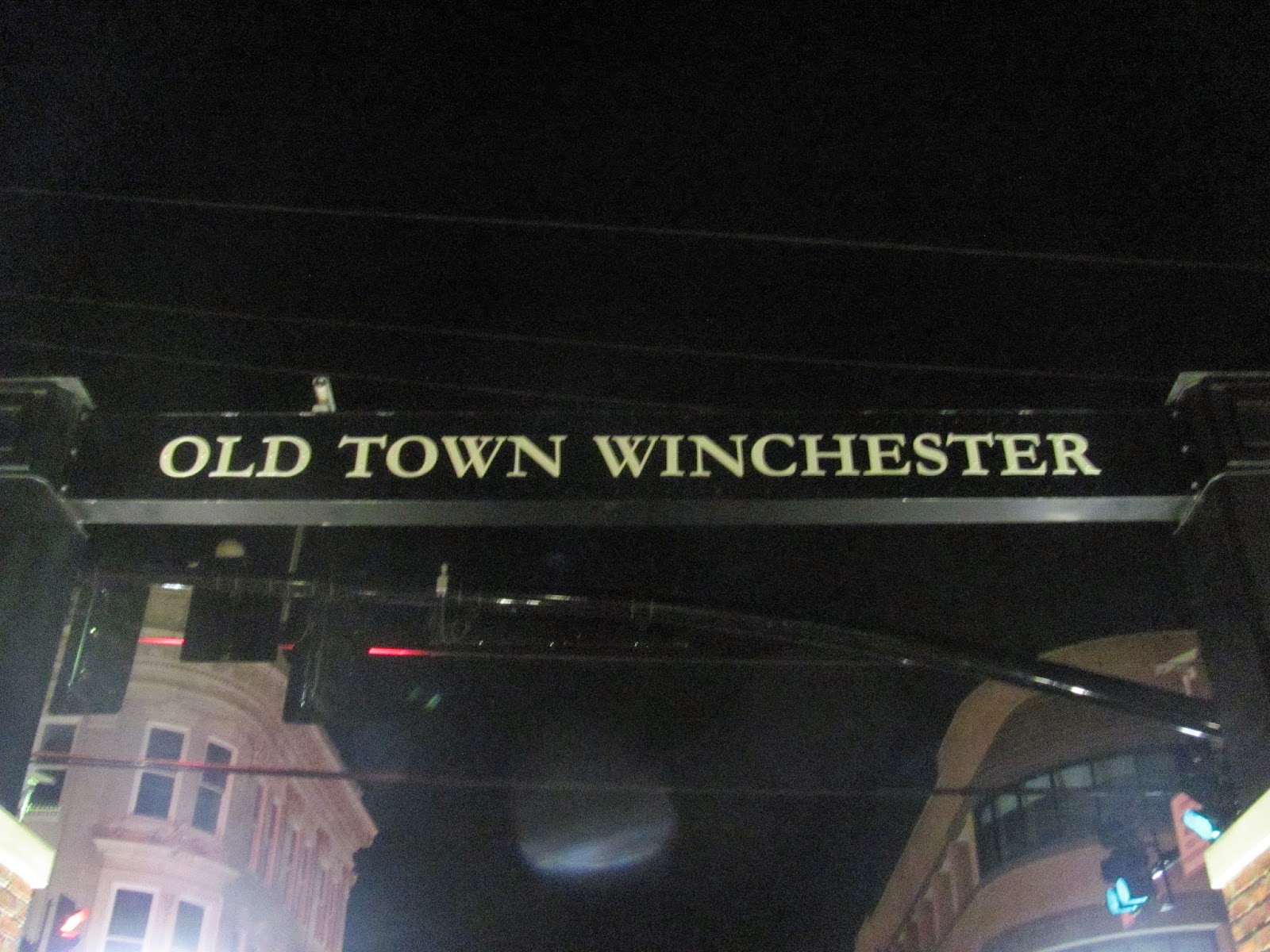 You've got history. Note: not "Olde Towne". Virginia has class. 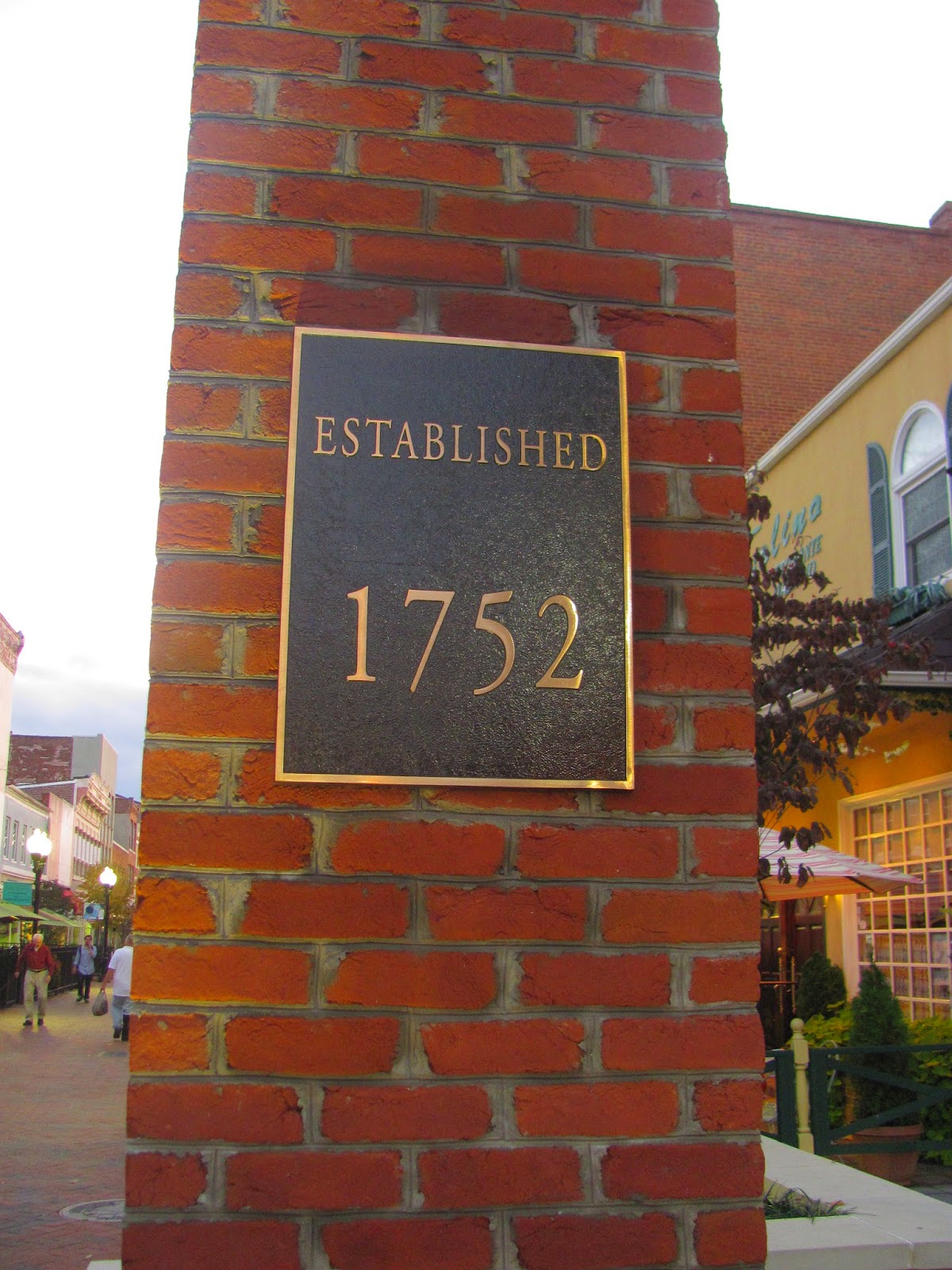 Winchester, where, alas, we should have stayed much longer and explored, had a railway station (passed too quickly to take a photo) and more pretty houses. 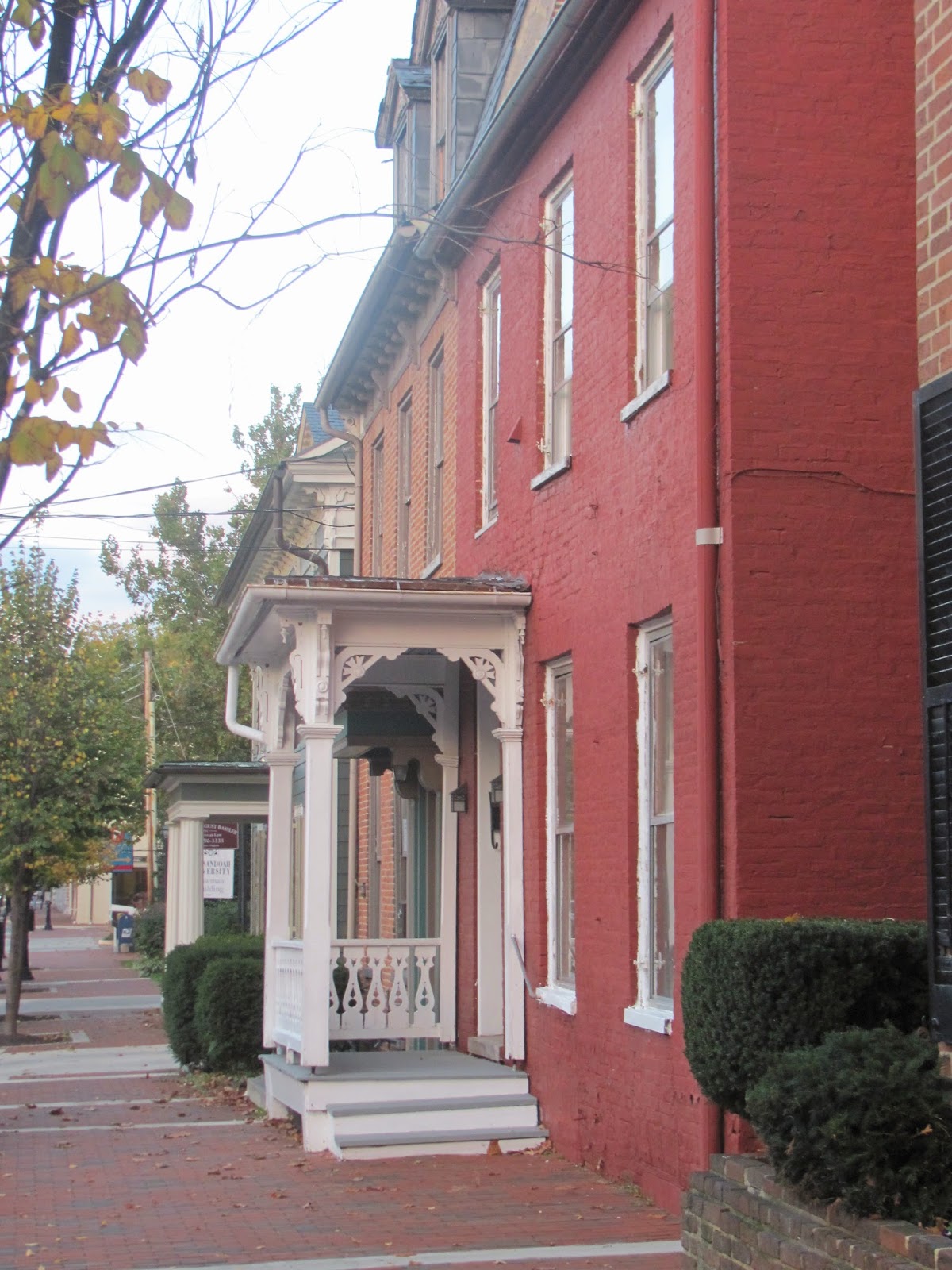 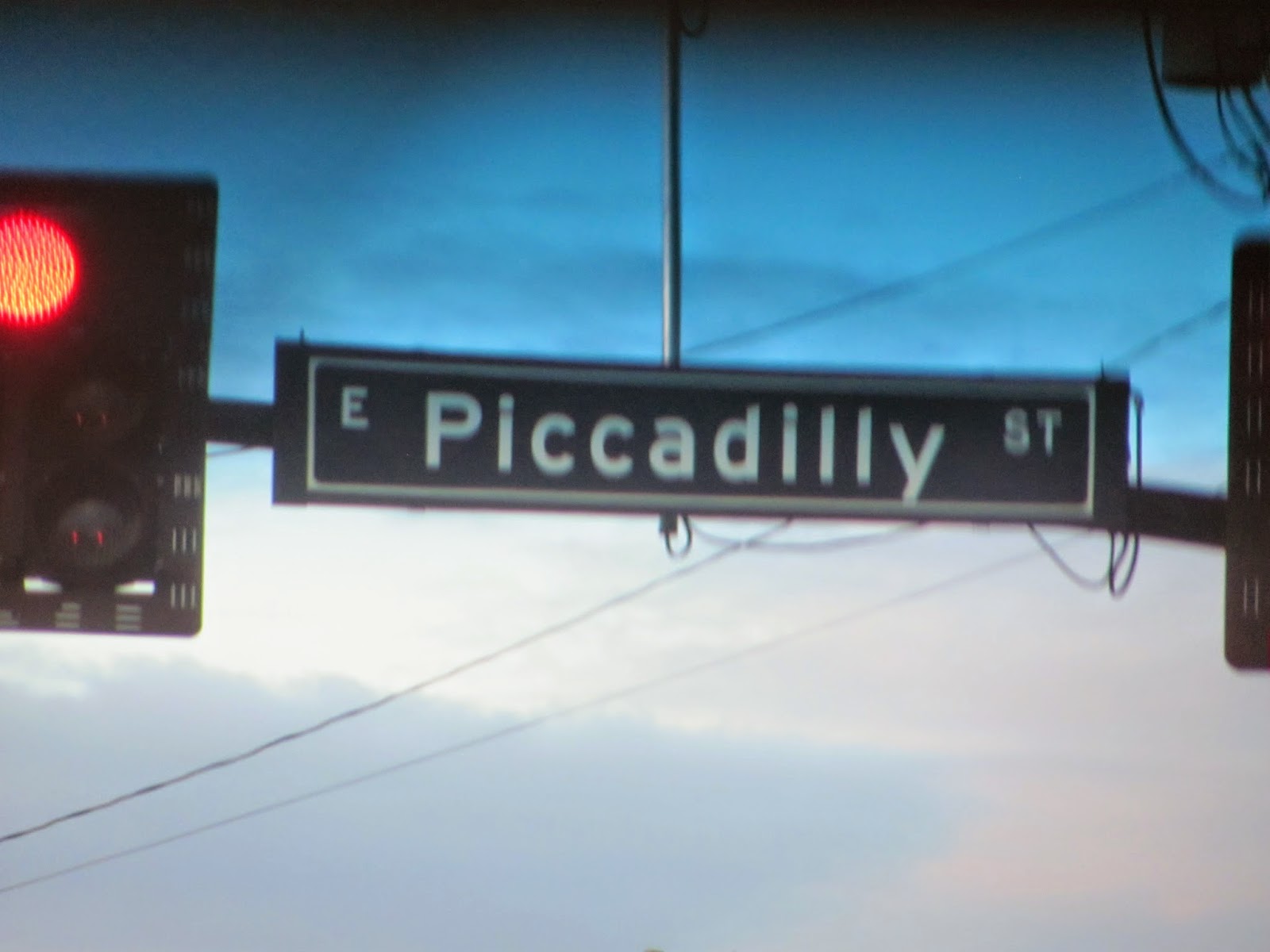 Plus some Old(e) English sense of the absurd. 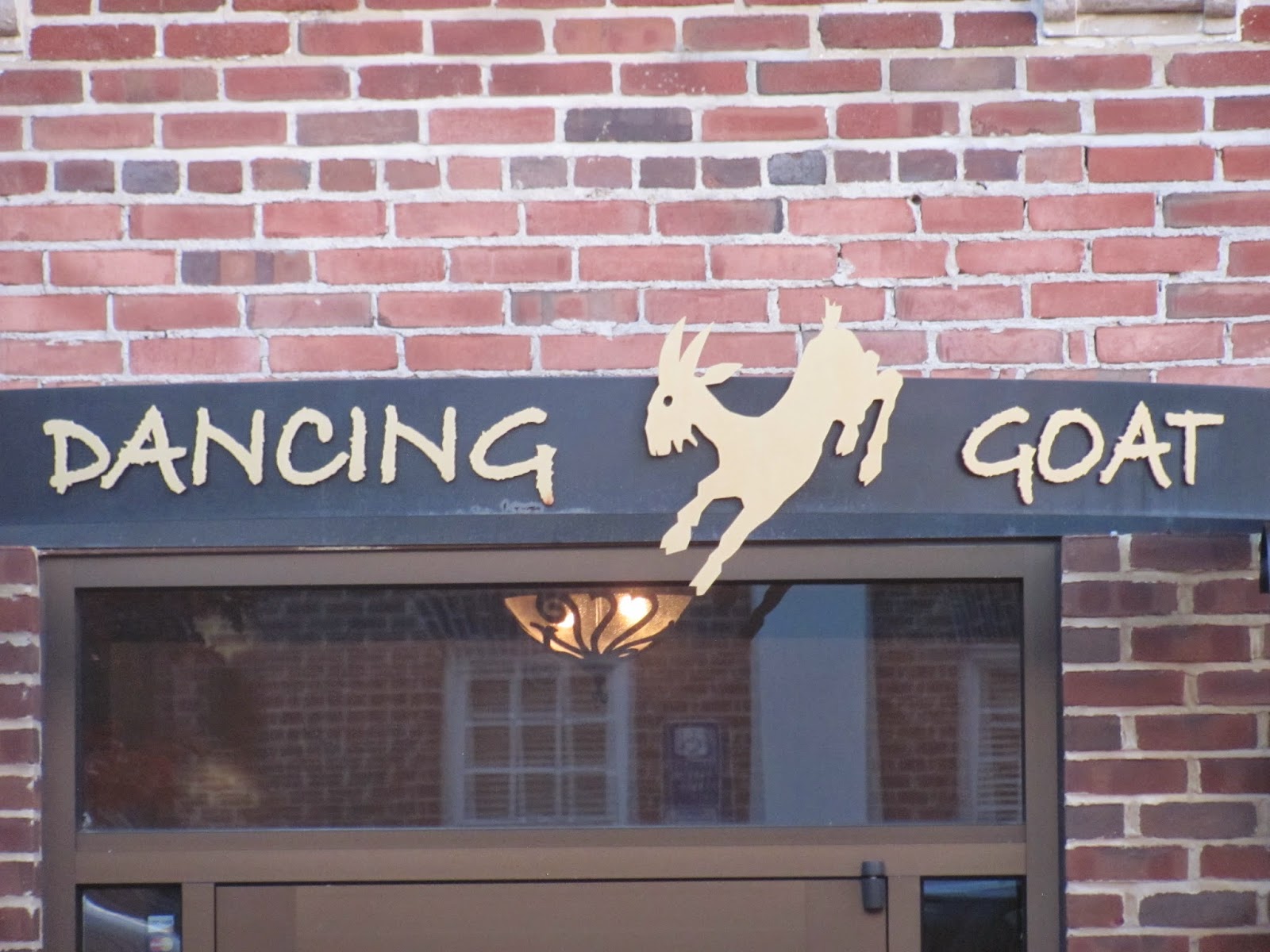 Not sure how this is meant to sell the ice cream. Beleaguered Londoners wouldn't be amused. A bit near the knuckle for them. 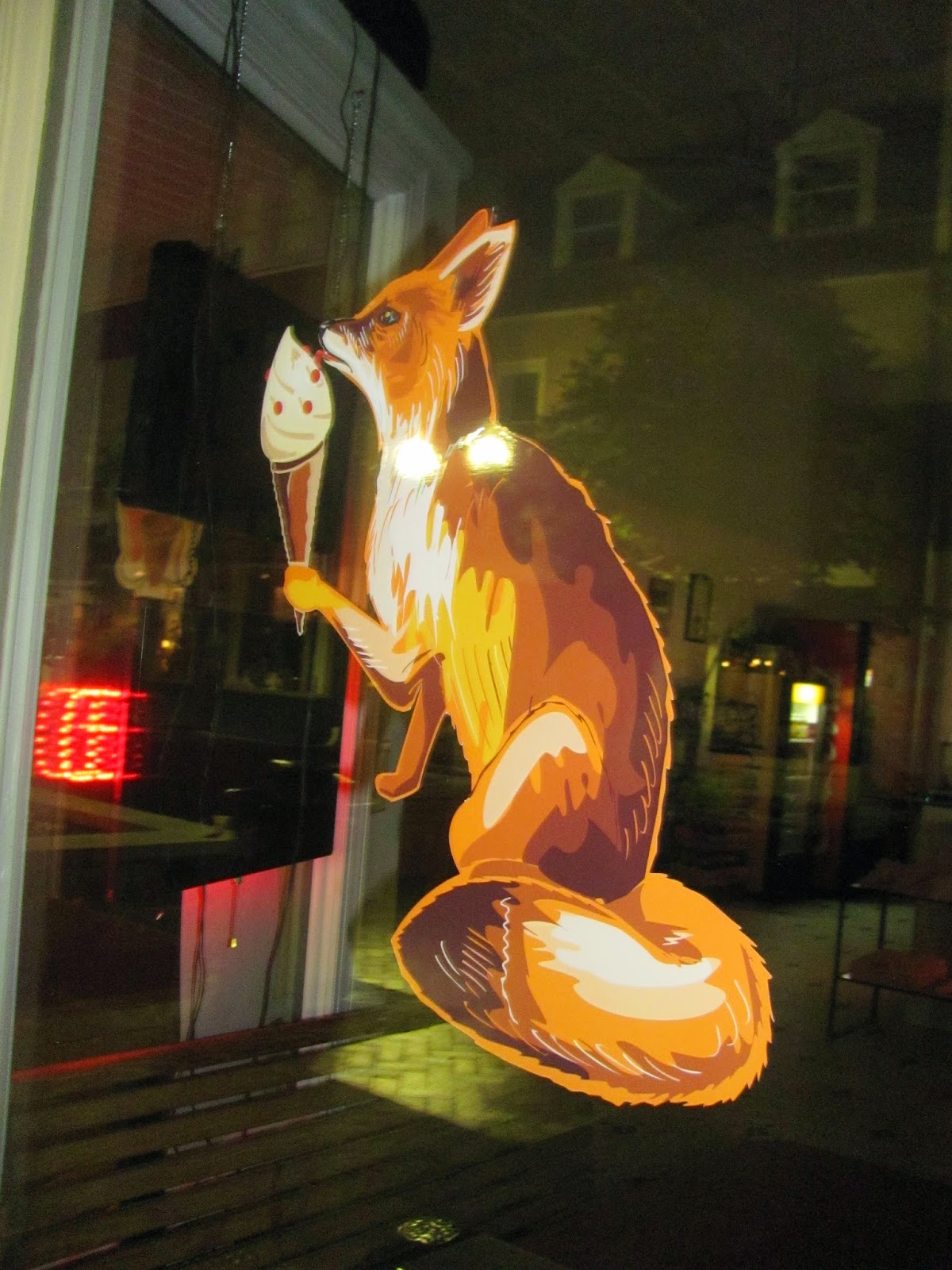 In a much fought-over territory, here is the impressively-monikered Confederate general Jubal Earley, along with someone called "Handley", who,  I am guessing, is Judge John Handley, for whom the local high school is named.  I assume Winchester has these arty apples like our local western New York town, Olean, has squirrels and London once had cows. It is, apparently, a famous apple-growing area. 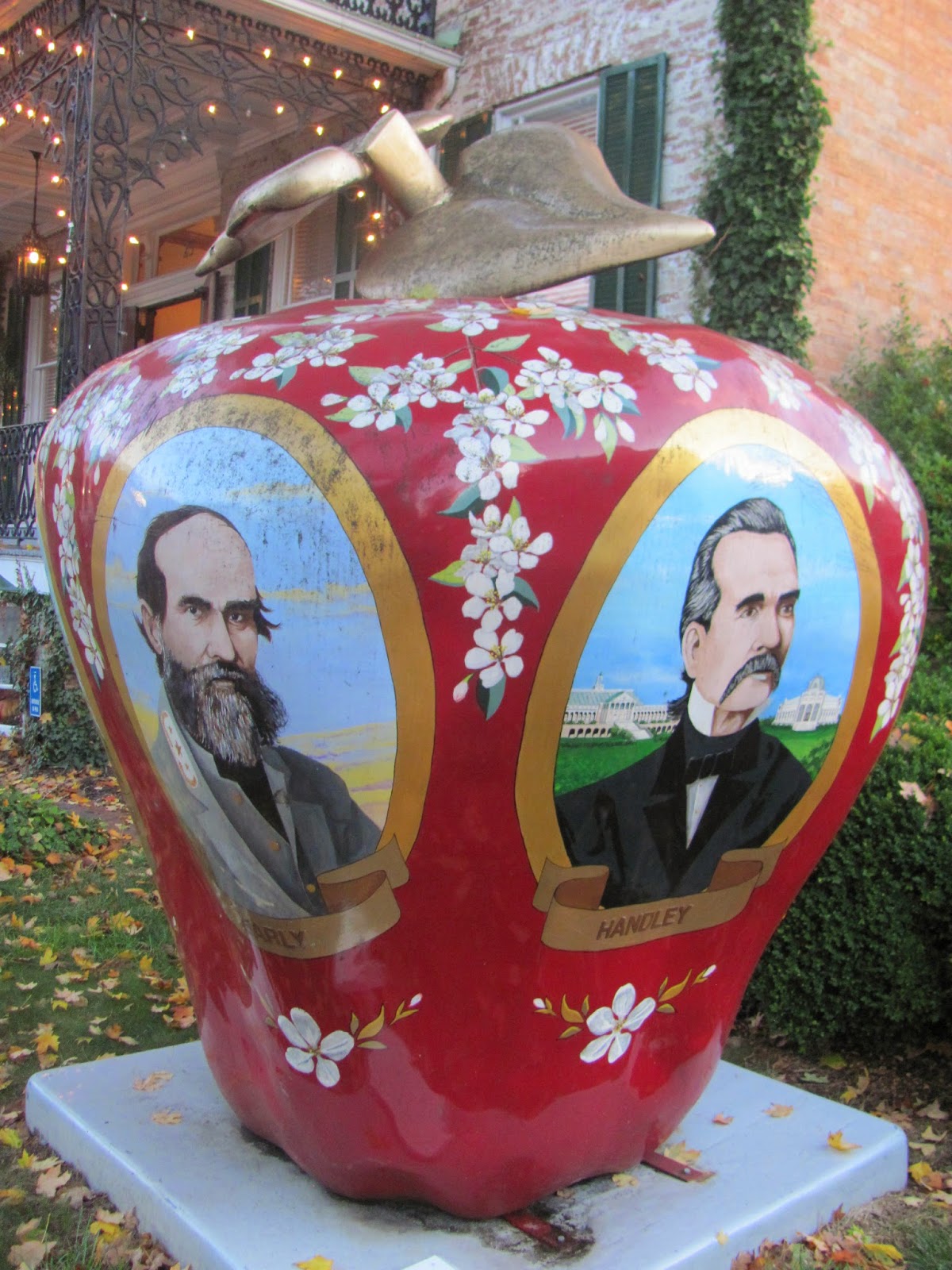 Plenty of grandeur still remains. Here is the library, also named after the ubiquitous Judge Handley. 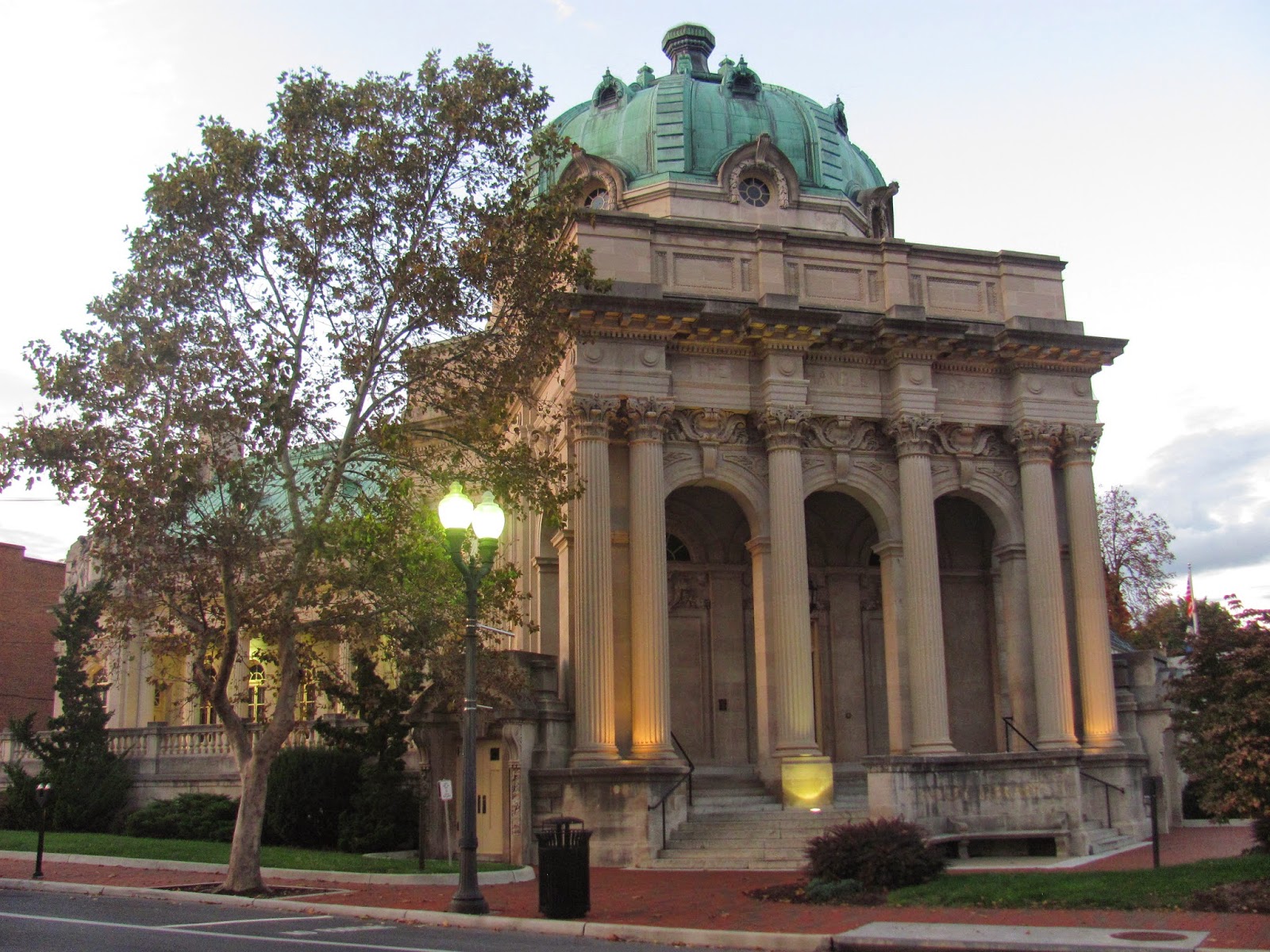 Plus a pedestrian precinct (they call it a "Walking Mall" - new one on me)  for strolling. 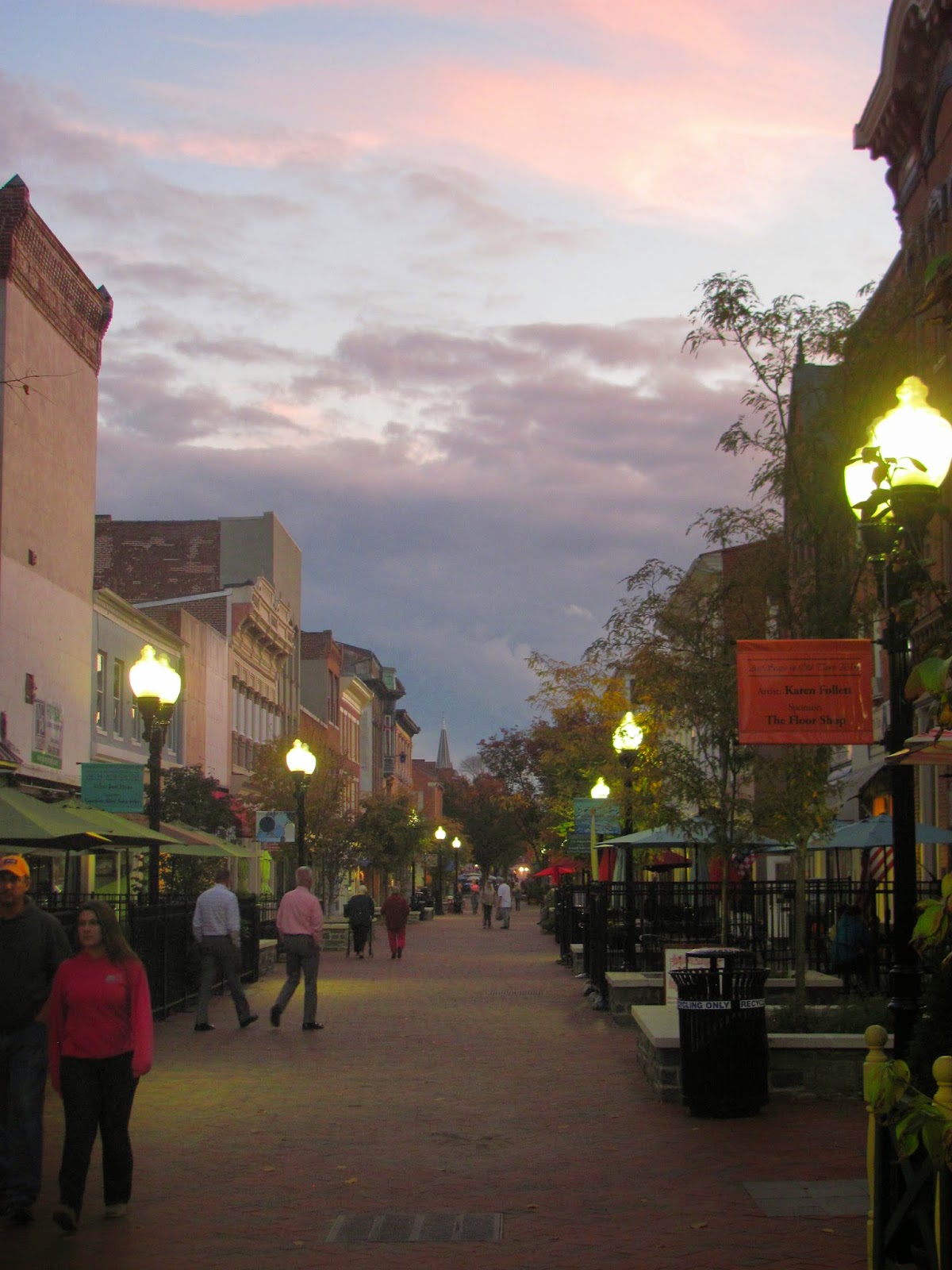 And eating. Yet more eating - yikes. 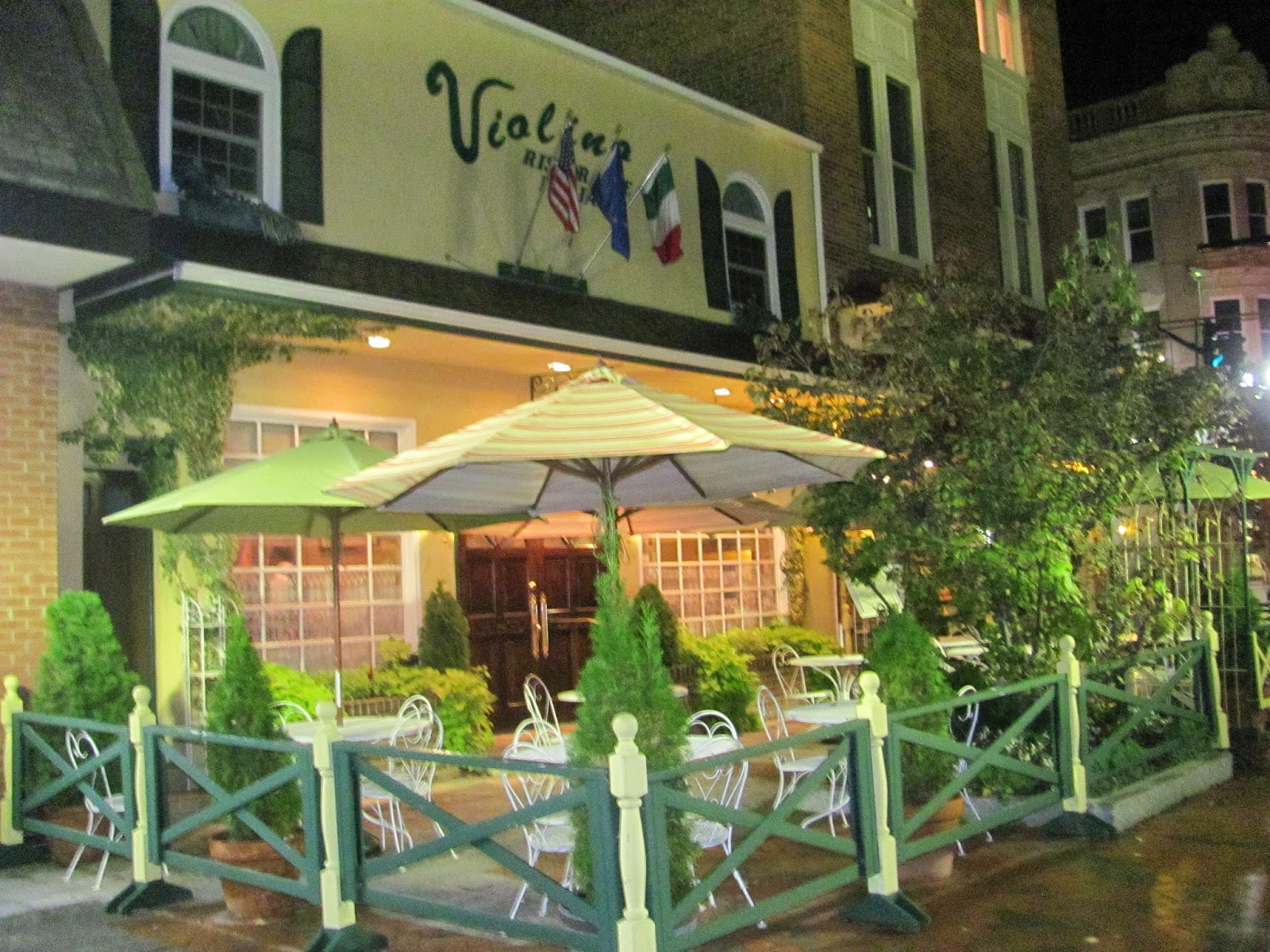 At Violino's, the grappa was smooth and the Ossobucco just a mite tough, though the sauce, saffron rice and bone marrow were divine. 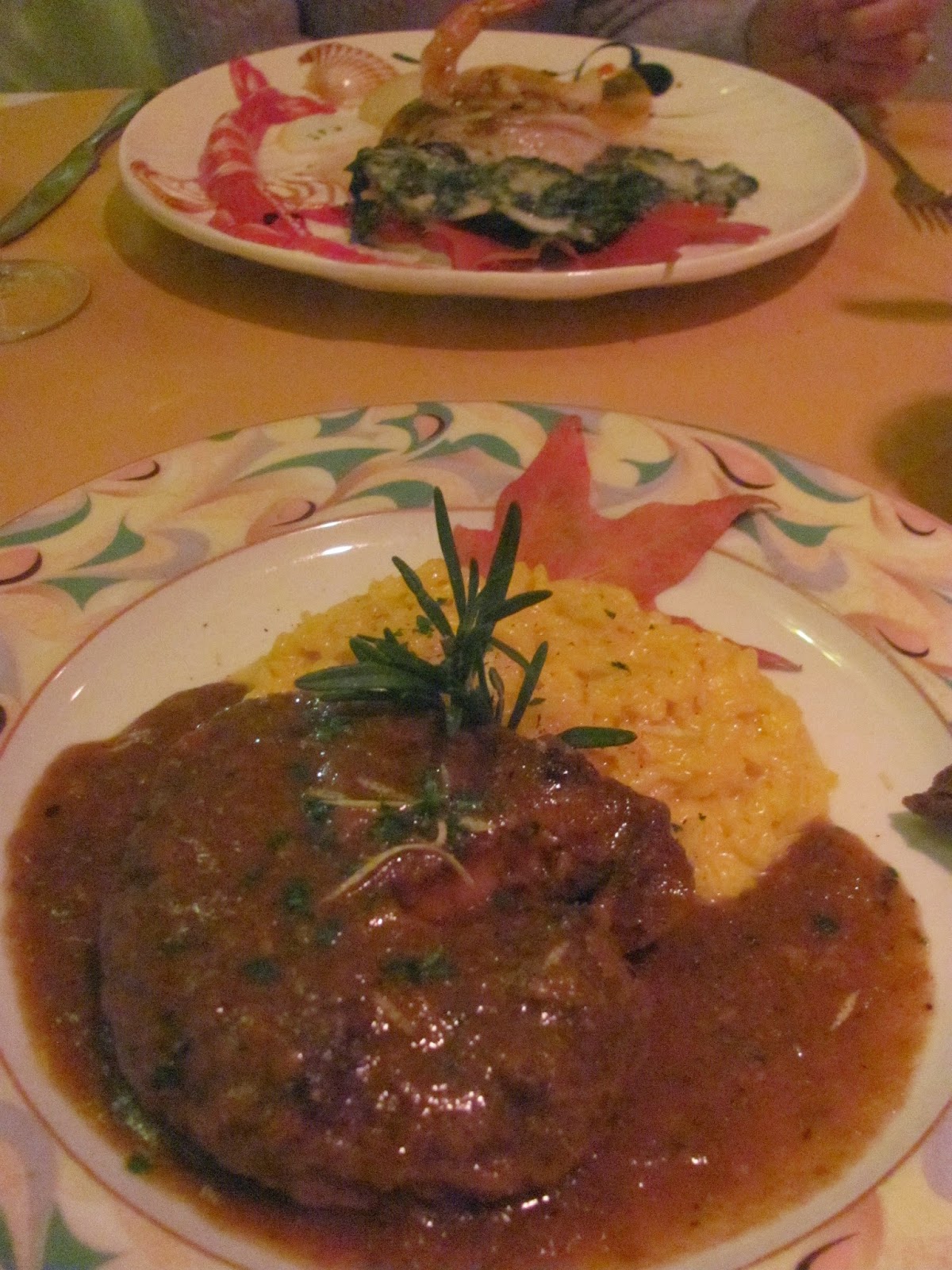 It's not only the apples that are arty. Spot the fake prawn, (Shrimp to the Americans but you couldn't possibly call this a shrimp.) 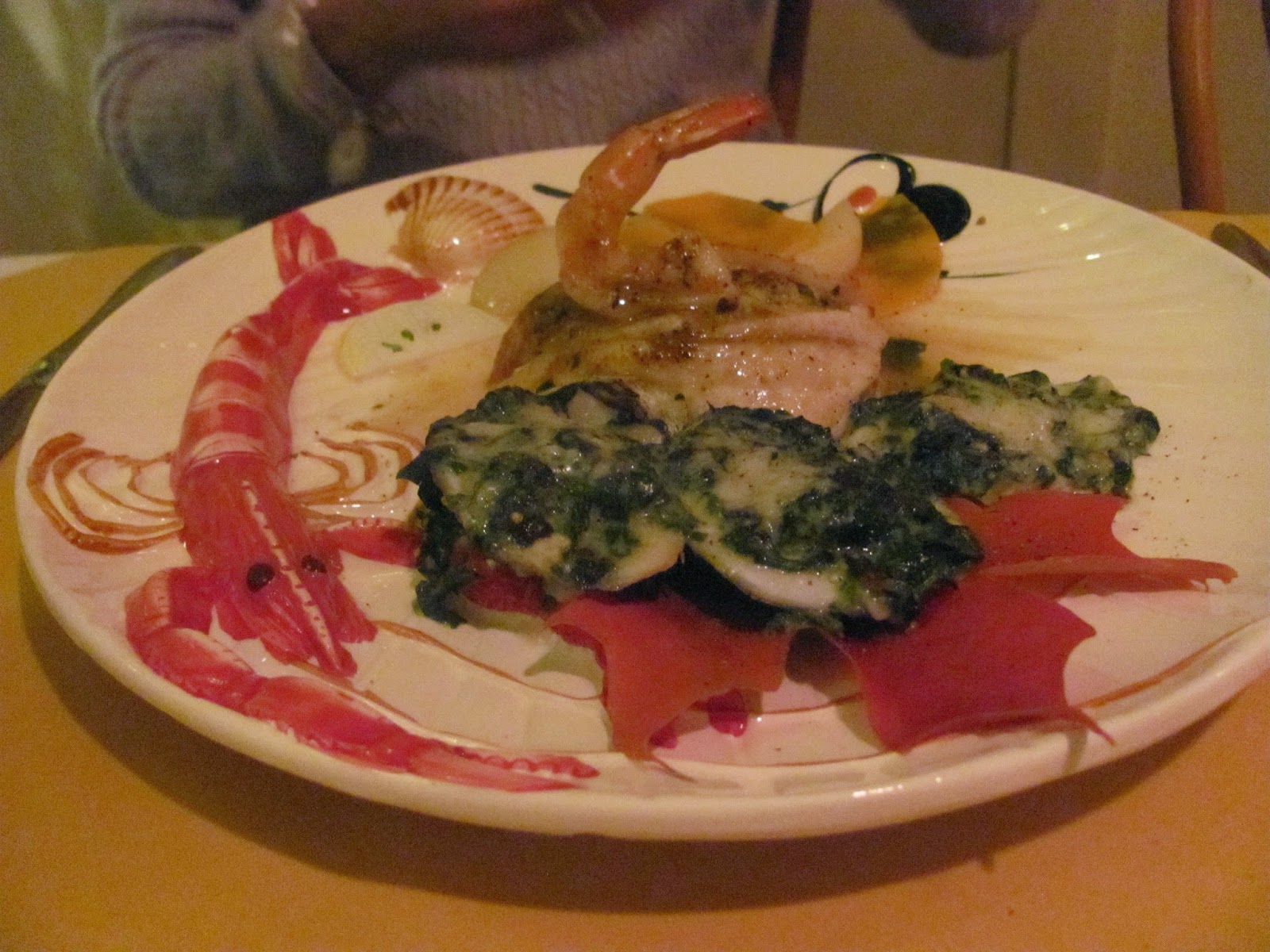 Four kinds of ravioli and a pear. Sounds like a corny song title. 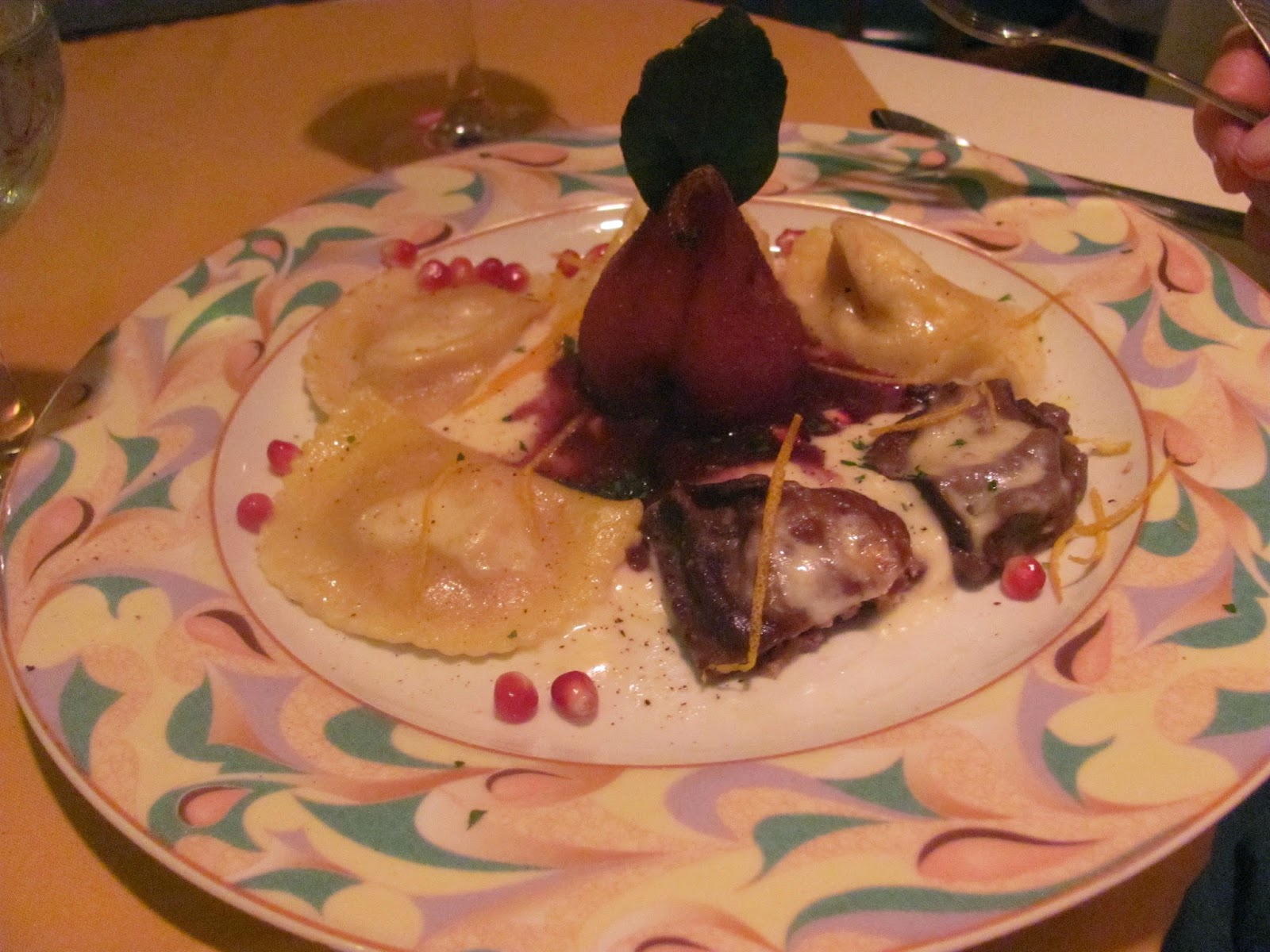 And plenty to see while we were walking off our meal. 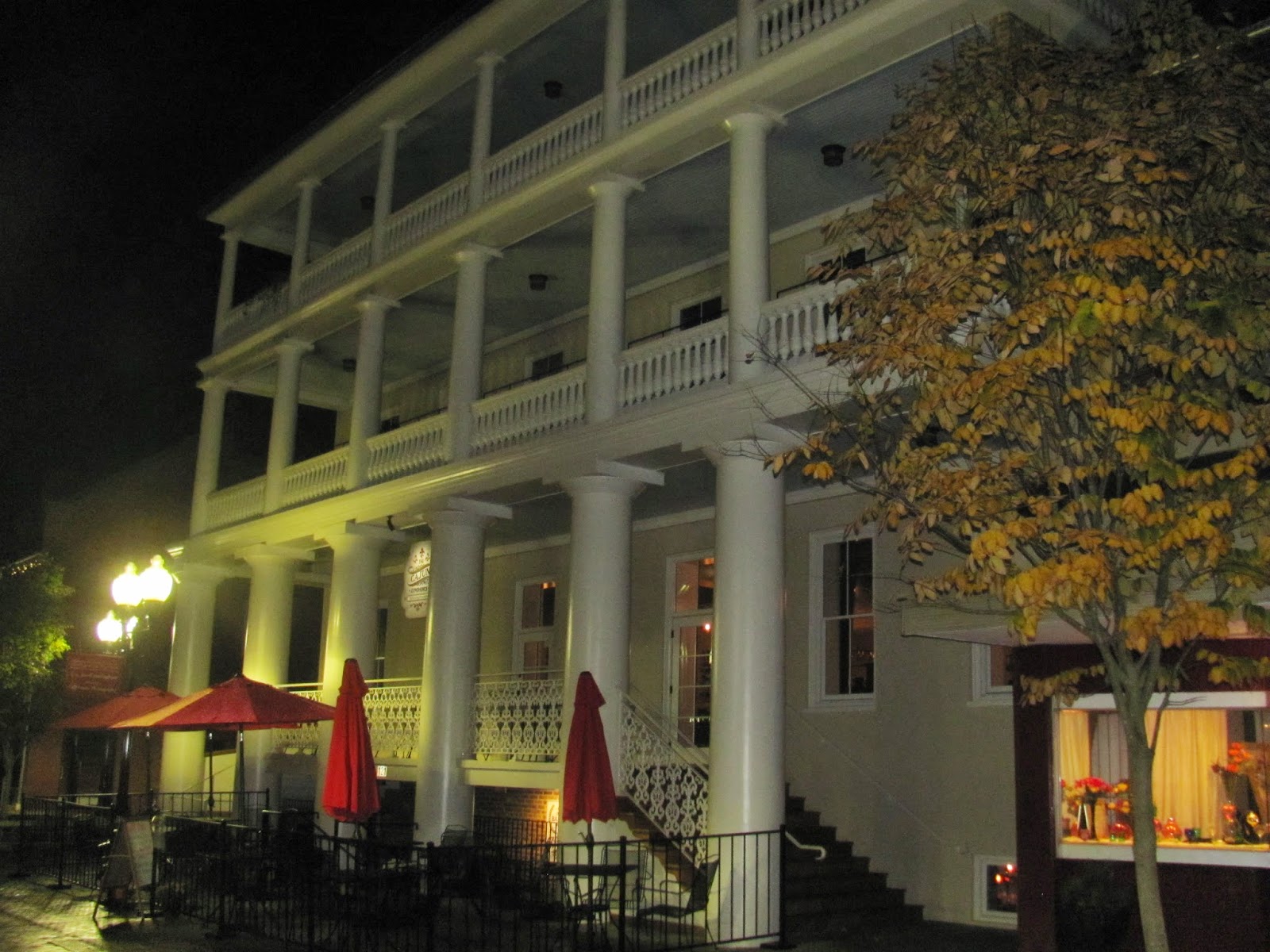 Wish we could have lingered and browsed. 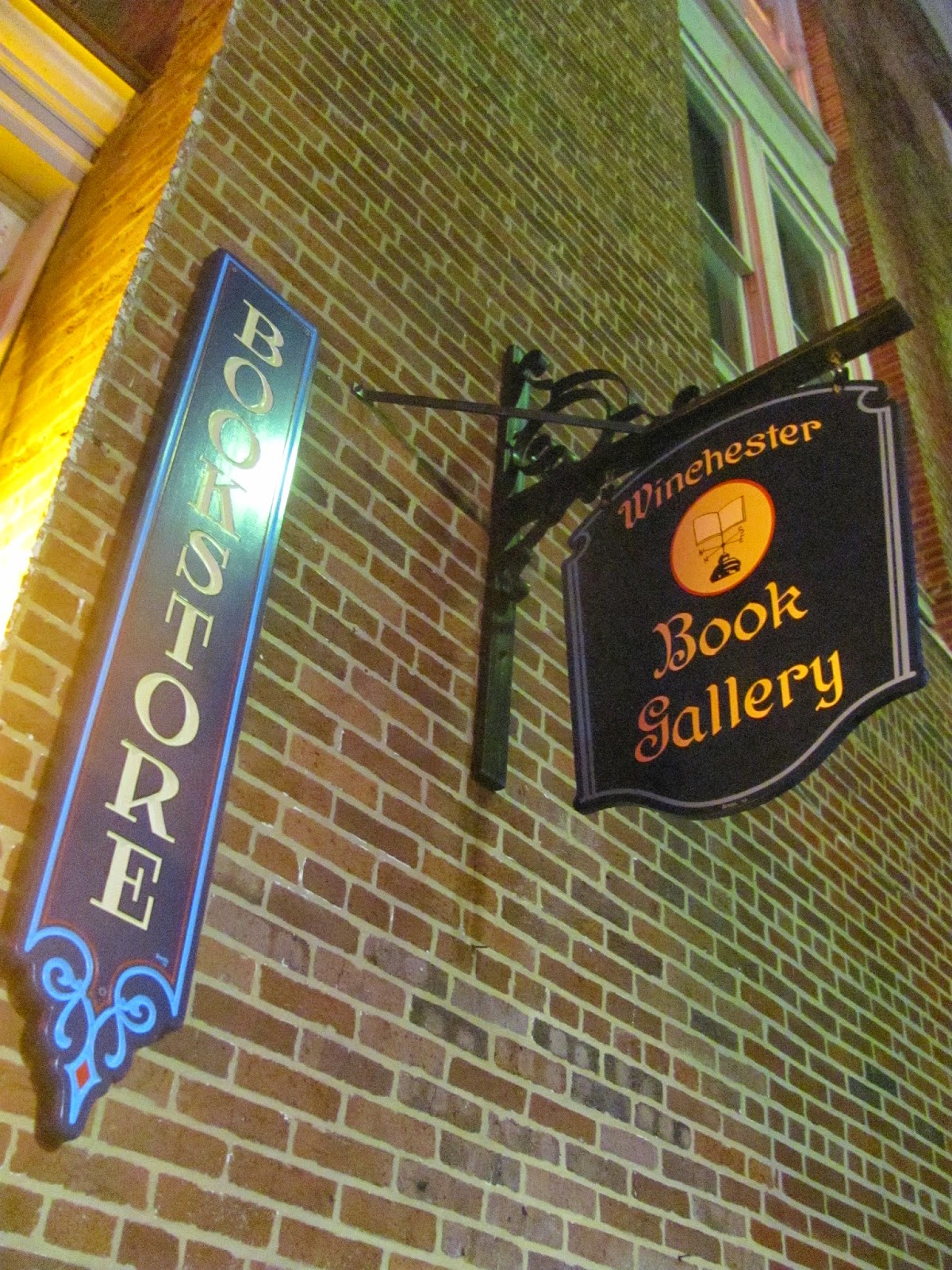 There was even some history in the hotel car park. 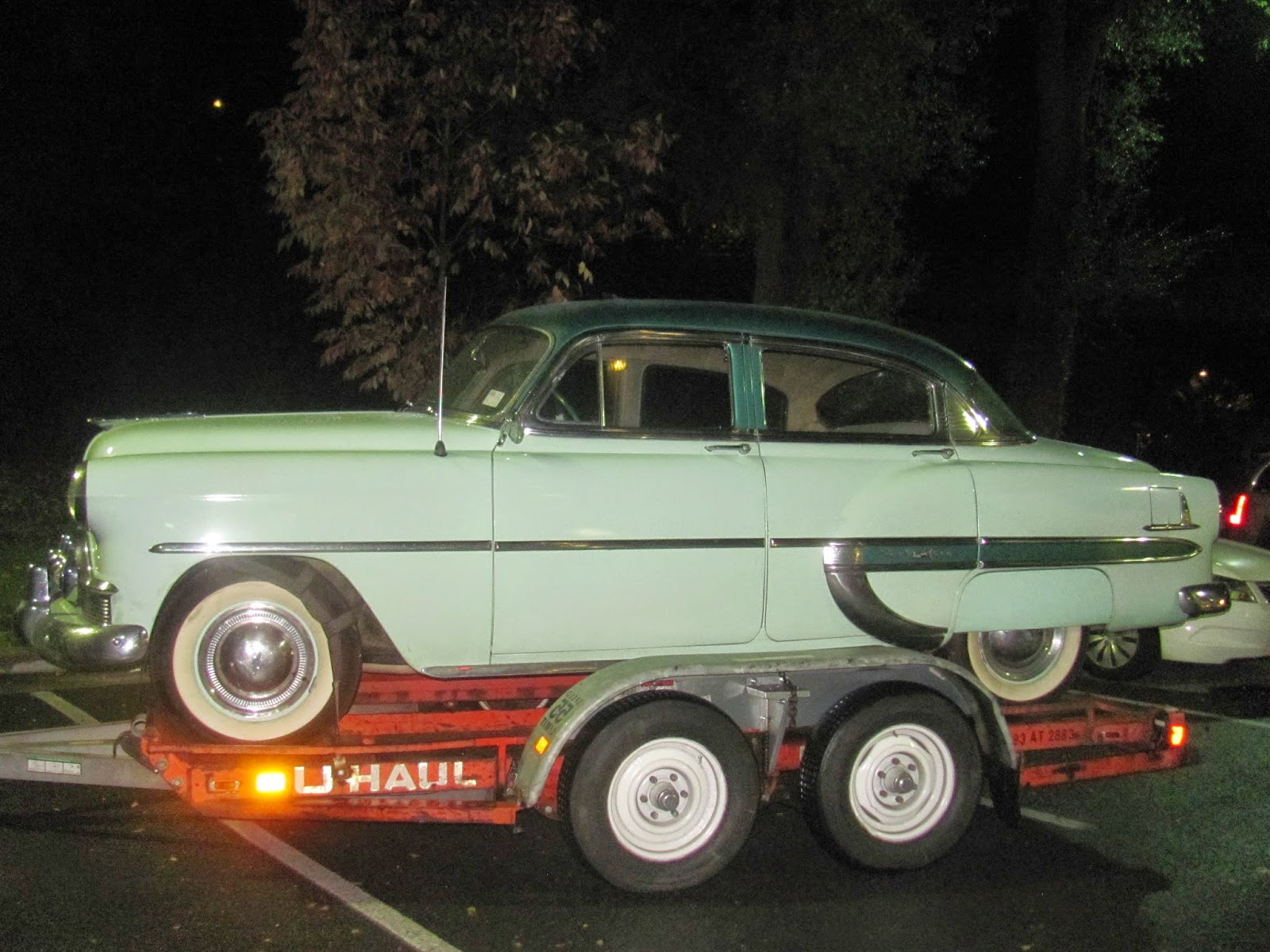 But no cathedral to be seen.
Posted by Alenka at 2:59 PM