The Other New York Part 2

Or perhaps the other, other New York, which is Brooklyn. It of course used to be a separate city. Apparently it's now the tourist thing to walk across Brooklyn Bridge in the course of building which, in the nineteenth century, so many poor workmen died from diving because they didn't know about the bends. Plus did you know they ran a herd of elephants across to prove that it was strong enough? These days you have to run the gauntlet of herds of tourists and their selfie sticks.
Here's the view across to a tiny Statue of Liberty. 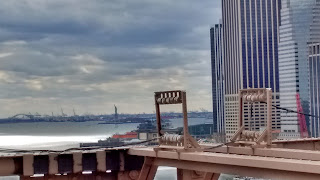 And a Brooklyn Bridge police car. The regular police cars say "Courtesy Professionalism Respect". Actually, I'd like them to catch criminals. 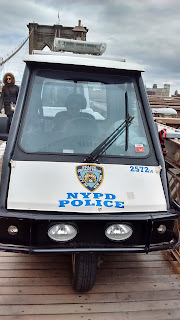 And back to the Manhattan forest. 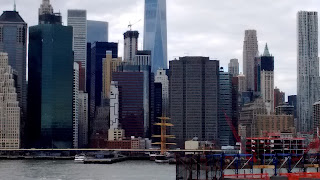 That's the Bridge with its stone arches to the right. 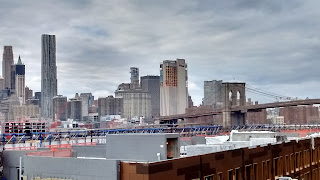 Brooklyn Heights is a swanky neighbourhood - nice and quiet with some interesting old buildings. 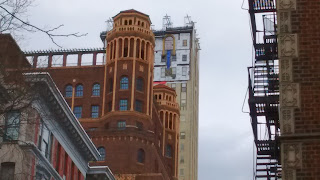 This is a brownstone - or a beigestone, more like. 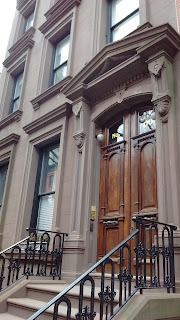 This may have been an old fire station. 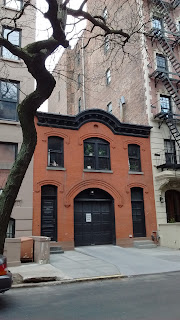 I've noticed that New York houses, no matter how attractive, have fire escapes down their fronts. Hubby tells me there's a reason for this deformity. There are no back gardens or alleyways to escape through from the back. 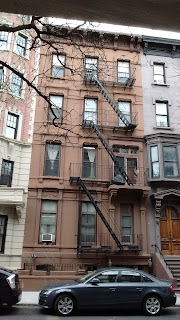 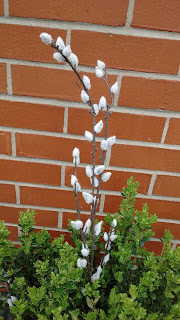 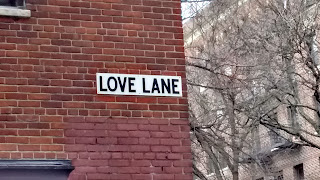 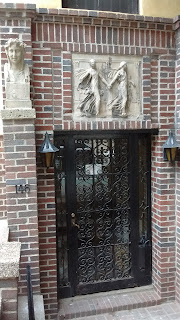 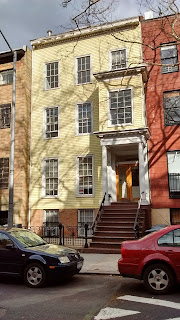 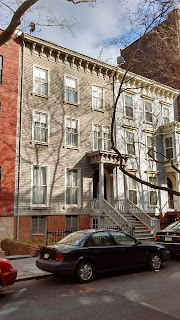 A courtyard by a church. 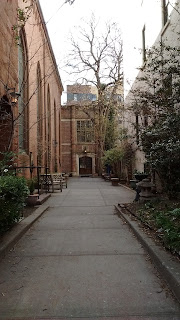 It was freezing cold but this chap was trying his best.