Georg Boldt was your typical American Dreamer. He arrived on the boat from Prussia as a teenager in the 1860s, got his first job working in a kitchen and ended up marrying the boss's daughter and running the Waldorf Astoria and other swanky New York City hotels. Meanwhile he changed his name to George.
Boldt was a real romantic. He seems to have been a one gal guy and resolved to give his wife Louise a fabulous pressie. He would build her a castle. 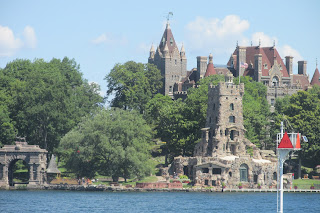 He already owned Hart Island and being a romantic and fond of adding e's, he changed its name to Heart Island.  Below was the entertainment complex, which contained a bowling alley. 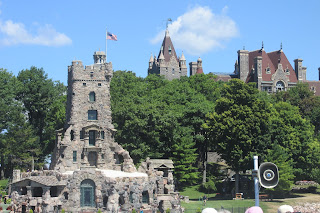 And another mini-castle housed the generator. 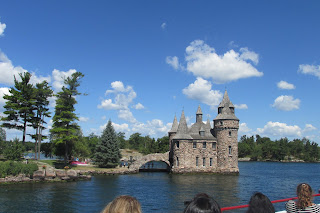 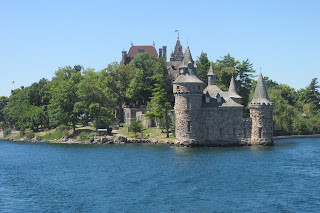 It was all going swimmingly and he was ready to present the not-quite-finished castle to Louise on Valentine's Day 1904. But you know what happens with the best laid plans. Before he could say "Da-DA!" the unthinkable occurred.  Louise died. 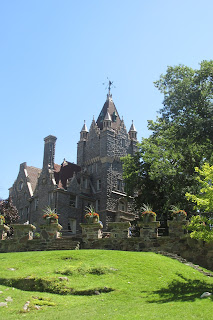 It's said Boldt never set foot in the castle again. He ordered all the work stopped and it languished semi-derelict for 70 years until the Thousand Islands Bridge Authority took it over and started a refurbishment. Now it's a colossal tourist attraction. People also like getting married there. A touch macabre, I'd say. 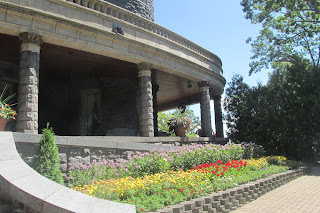 Personally I wouldn't call it exactly beautiful. I told hubby that, if he was thinking of building me one, he could save his money. 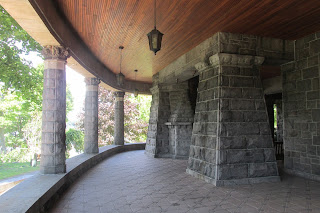 There's something not quite right about that column. 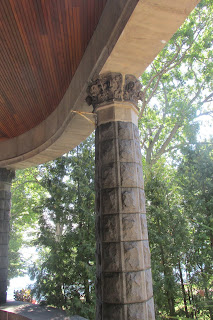 They've put in a grand staircase according to the original plans. 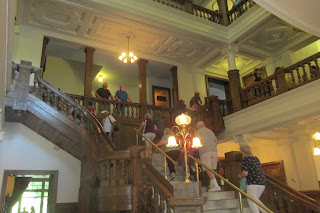 And a glass dome. 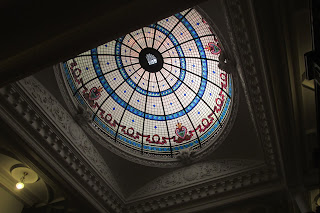 Though a lot of it is still bare 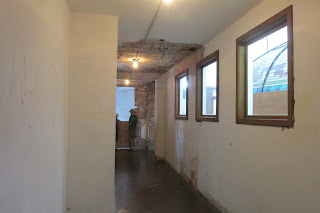 They've left some of the graffiti-covered walls to show what it was like before. 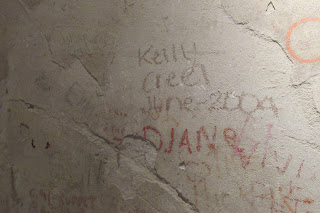 A sign demonstrating the triumph of hope over experience. 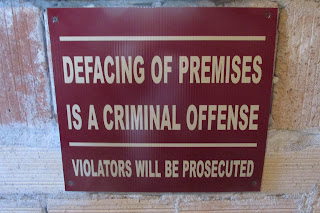 Looking down from an upstairs floor 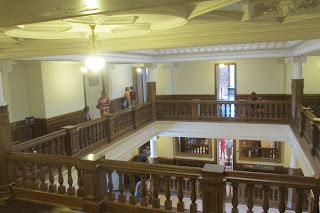 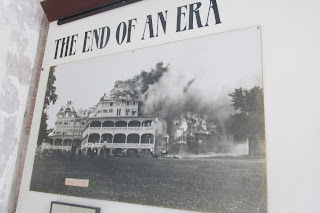 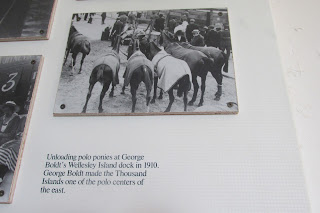 This would have been poor Louise's bedroom - put together from the original plans. We've got a bed just like that one - found it on Craigslist. 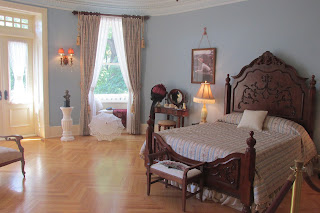 Shows that plumbing has come full circle, except for the loo, which is what British estate agents used to call dismissively a "high level WC", when it wasn't a selling point. 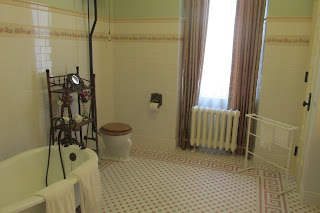 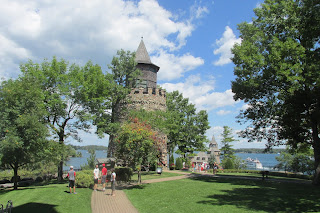 Apparently Boldt brought the dining room furniture from another of his houses. Saved a bob or two. 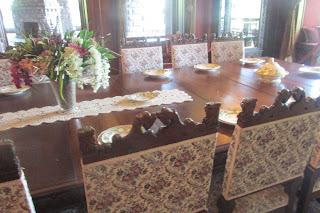 The Italianate gardens had a nice view but they should chop down some trees to get the full effect. Notice the hearts and Bs. 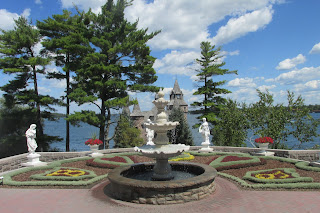 Why can't I get my gerania to look like this? 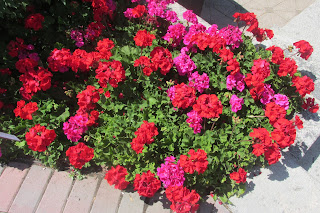 To be continued.
Posted by Alenka at 5:44 AM