At Sacket's Harbor - which could qualify as the all time perfect little lakeside town, we stayed in a hotel newly converted from the old barracks HQ. Here's the view from the room through the mosquito-netting. 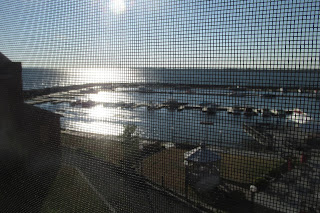 You'll have to take my word for it that it was a most splendid vista over Lake Ontario. Mind you anything would have been better than the place we stayed in last night but this was special. Not many frills and surrounded by derelict and renovating buildings but special. At the back was an old polo field, something you don't expect in this neck of the woods.
We headed for a birthday dinner in town and found a place called the Boathouse, right on the water. 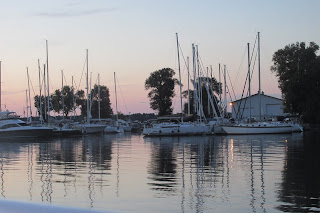 The setting was idyllic 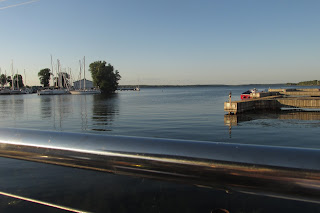 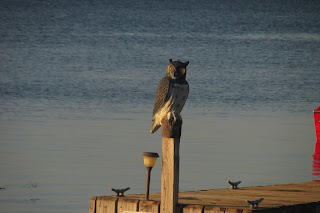 Funny - they have one of those at Buffalo Marina too. And some of these 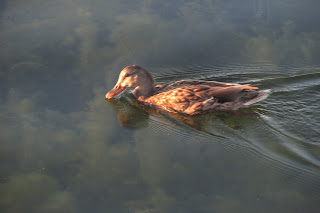 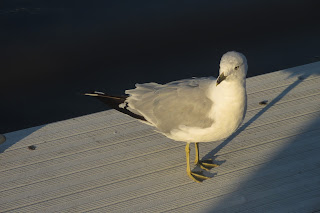 The food was on the tasty side 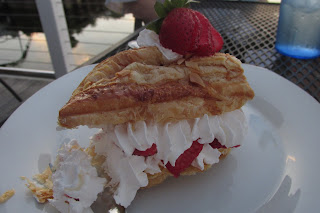 The only problem was this anti-social neighbour making a hideous din with his generator and machine for polishing his dock. Question: did he have to do this at peak dining time so no one could hear themselves think?

In Blighty we'd slap him with an ASBO. An honorary Flying Turkey Award to you sir!
Then for a stroll to the old 1812 battlefield to look at the sunset. 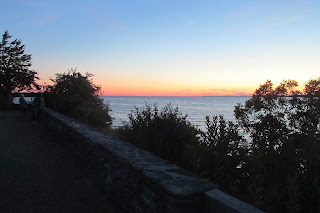 To be continued
Posted by Alenka at 6:34 AM