Messing About in Boats

We got lost trying to find Clayton's Antique Boat Museum and had to ask a local. "Just turn right and you can't miss it", he said. He was right. 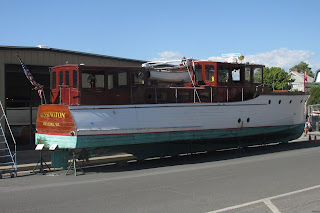 There was an antique boat parked outside.

And many more inside and on the water. There's something wonderful about all that glossy polished wood. 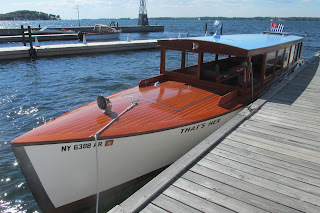 These are Adirondack chairs and everyone in America has to have one. Except us. They look mighty uncomfortable to me. 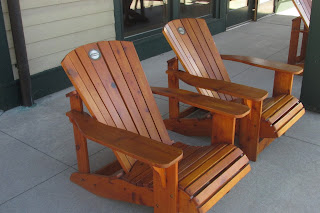 Remember Mr George Boldt? Well up he popped again. This is his houseboat, La Duchesse. 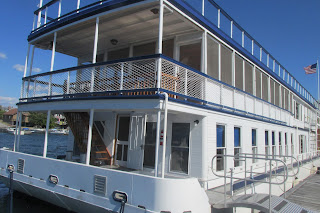 It had no engine, so had to be towed by a barge. Personally, I couldn't really see the point. La Duchesse went through several owners after Boldt's time,sank at one point and was salvaged. That bath looks familiar (see below). He must have got a job lot, 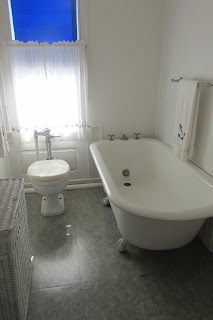 Here's the fireplace with a natty shell design. That's the sort of thing you find in Florida. 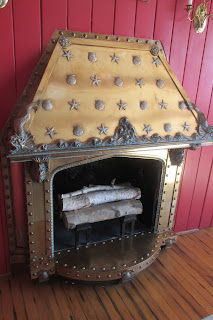 The master bedroom was expanded by some recent owners. 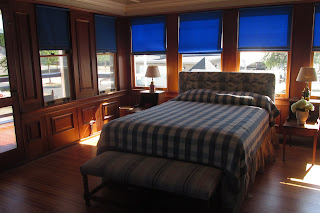 It had  bit more space than the guests rooms, though there were plenty of them. 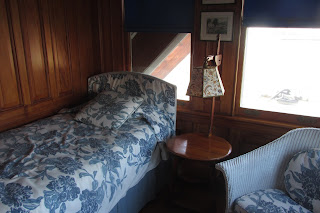 If you want to wash your hands in the gold-trimmed sink.

Don't even think of stealing a towel. Everyone will know. 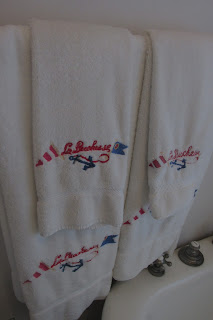 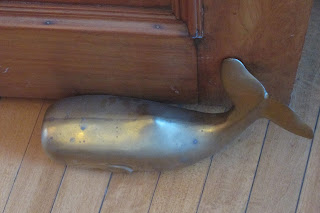 Some of the nice old panelling is still there. 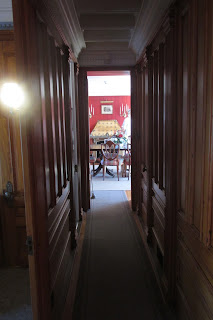 Observe the lighthouse detail on the lamp. 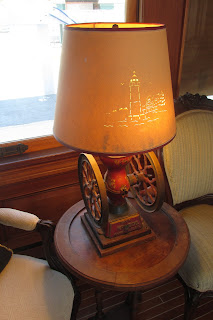 We were shown around by a pleasant young man called Noah. He was still in high school but should go far.  The story goes, he said, that the Presidential cushion was presented by Richard Nixon, who came aboard. I once enjoyed a convivial dinner with the foreman of the Watergate jury. To think Noah wasn't even born then. 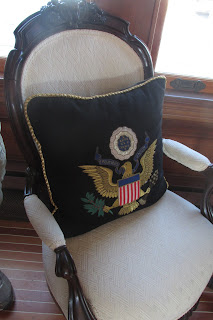 A contrast with the Noble Suites (see below) 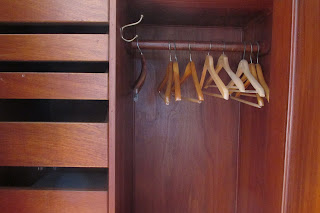 I think they ran out of the gold leaf on the right. 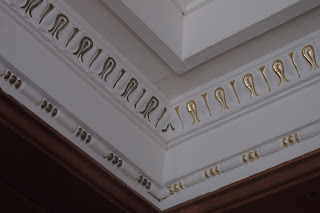 I liked this cushion.

A view of the "dancing deck" 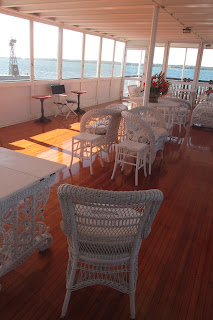 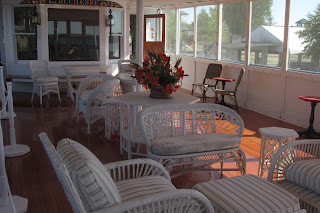