Road Trip: On Bridges and Beauty

Covered bridges are an American phenomenon and here was one in Historic Philippi, West Virginia. 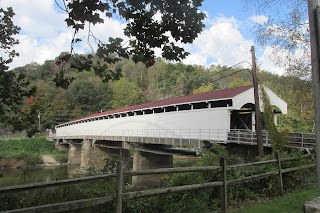 A two-lane one, no less. The bridge, across the Tygart Valley River, was built in 1852. Both the northern and southern armies used it during the Civil War - that's according to the historical plaque. It doesn't tell us if they collided in the middle. Another historical sign told us that Philippi was the site of a speedy Confederate retreat called the "Philippi Races" 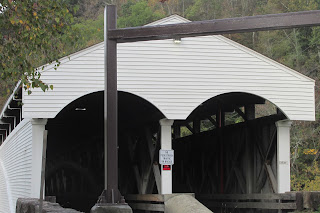 This must have been the old railway station, now a museum. 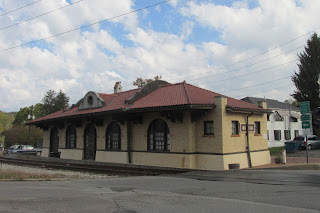 We had brunch on the terrace of a historic mansion called "Graceland" (no, not that Graceland) on the university campus at Elkins, West Virginia. Here's the view.. 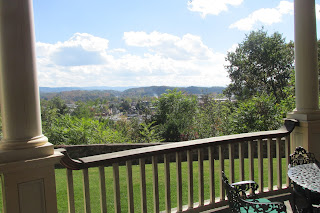 And stop for petrol, aka fuel at one of the sweetest little garages I've ever seen. 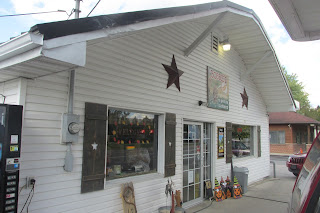 Next door had some interesting things on offer 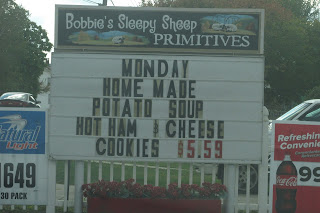 And the sort of sign you tend to see in rural parts. 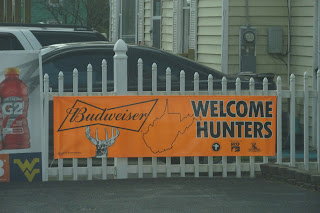 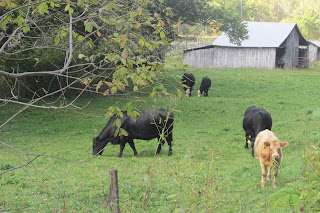 The hills making a fabulous tapestry 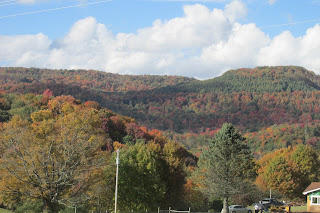 We drove through the a town called,  Beverly "Little Town Big History",  which was where the unfortunate Confederates retreated to. Many of the roads we took were like this.... 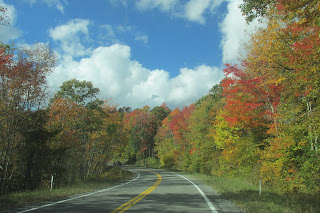 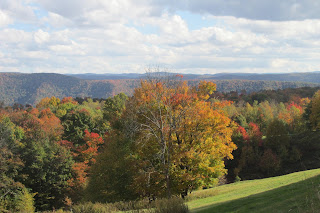 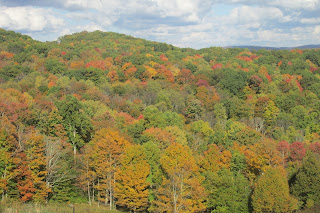 We couldn't get enough of it. If I had a thousand dollars for every time I said, "Wow! Look at that!"....
Below was not the Sydney Opera House but the Tamarack Arts Centre in Beckley, West Virginia, where we were told there was a good cafeteria for dinner. It was OK, though the fried chicken wasn't as good as my mother used to make. 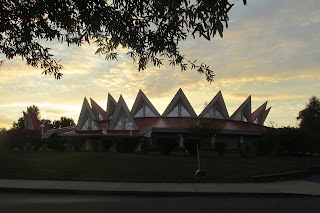 It sold exquisite local handicrafts at enormous prices. They were lovely but I wonder who can afford them. Someone, obviously, or they wouldn't be in business.

to be continued.
Posted by Alenka at 8:14 PM