Road Trip: All Along the River

Florida beckoned and sister-in-law and I hit the road through Pennsylvania. The day was gorgeous and the Allegheny River, which had followed us from Cattaraugus County was at its best. Apart from the little fence, this view probably hasn't changed much since pioneer days. We had to scramble down a steep bank by somebody's fishing cabin to get a photo. We assumed it was deserted - then saw it was decorated with Christmas lights. 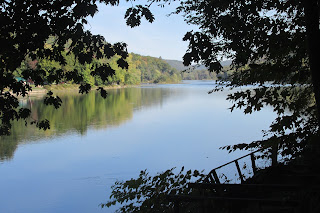 Occasionally we'd see fishermen in tiny boats in the centre of the placid river. At a quaint little town called Tidioute, we fancied crossing this old-fashioned bridge. 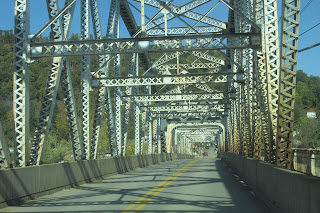 The railings were a bit rusty but the view was good. 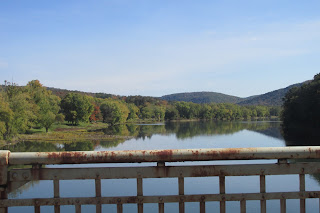 There are so many charming flat-fronts in these small towns. 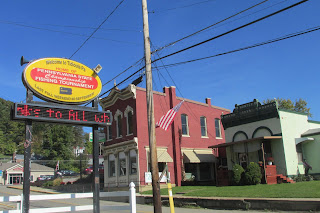 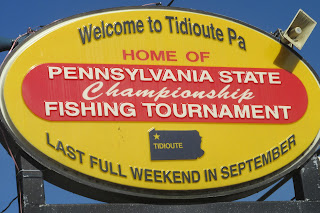 A sign pointed to the "Simpler Times Museum" but alas we never found it. Now I'm going to try not to get political here but along with signs for local election candidates (John Kluck was one name I liked) there were rather a lot these... 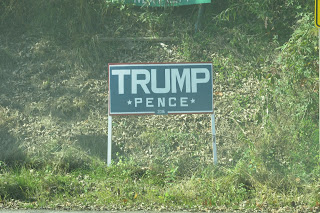 These are rural parts after all. Along the road brown cows grazed in a row, tails swishing and an Amish buggy clopped past. Even Oil City wasn't really a city in the British sense. 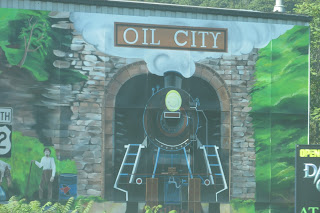 It must have been grand in the old oil days though. A splendid church with twin spires rose from the hillside. This trip we had remarkable luck finding good local cafes. Sometimes we search all day and there's not so much as a Dunkin' Donuts. 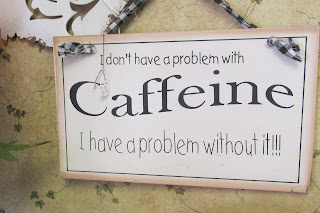 But not this time. This place was called Spilling the Beans. That's a clever one. 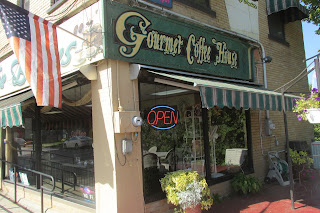 We stopped for the night in Morgantown, West Virginia. We seem to have remarkable luck getting good food in West Virginia. This place, Bartini, served steak and sushi. 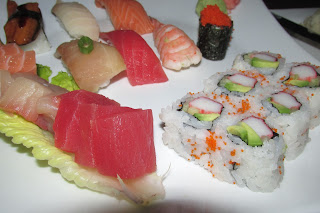 It was noisy, the trendy waitresses all wearing black dresses and boots but the food was tasty. best of all was the macaroni cheese, (which Americans call "macaroni AND Cheese) with bacon bits in it. Yum.

to be continued.
Posted by Alenka at 8:28 PM