Ha! Bet you thought I was going to say 'country music". Well OK, it is the capital of country music but there's so much more to Nashville. For one thing it has the spectacular Lane motor museum. 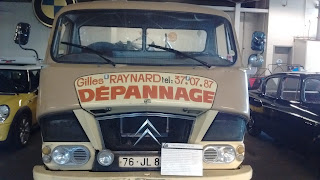 Specialising in the European quirky.. 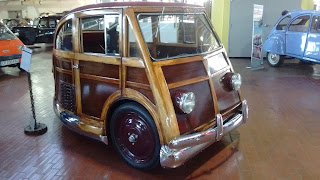 Right up my street then. Well actually the above, the 1950 Martin Stationette, was manufactured in New York City but it's too sweet to leave out. In fact there were several microcars. 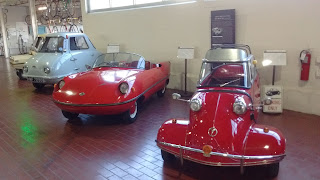 I looked in vain for a Goggomobil, like the one my parents had when I was a toddler.  (This isn't it but it's similar). 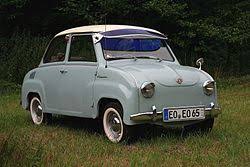 I remember falling asleep and rolling off the back seat (no kiddie seats to spoil things in those days) on the fabled day we drove to The Airport to see off my aunt and grandmother who were flying to Canada. Half the neighbours in the street came with us with their children, so they could brag to their friends that they'd been to The Airport. In those days you could get right up to the planes - I remember, in a fleeting wisp of memory which will always stay with me, being held up against the fence and watching the giant propellers spinning round.
I told the man at the museum that I'd been looking for our Goggo. They did have one - he found it on his computer - but sadly it was in storage. (I mentioned that our Goggo was not the most reliable of cars. It ran on delicately balanced lawnmower fuel and was always breaking down, usually in an awkward place. My dad used to bemoan the fact that, uncannily, every time he broke down, his neighbour, whose wheels were considerably more expensive, would unfailingly drive past and crow,  "Need help?")
But there were other things to feast the eye. 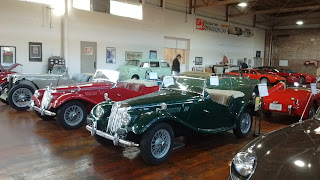 Like this push-me-pull-you, which wasn't a joke. It was actually designed for the French fire brigade, for when they needed to reverse in a hurry. 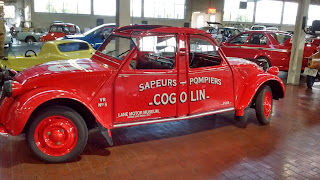 Even more fantastical was this 1932 Helicron, the one and only propeller-driven car. 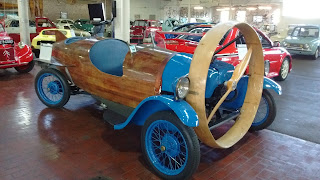 In the French equivalent of a lot of good old American yarns, it was found in 2000 in a barn, into which it had been driven in the late 1930s. It is apparently approved for driving on French roads, which says something about French roads. 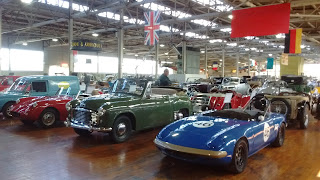 We ended our day in Nashville taking in the lovely Cathedral for the Saturday vigil Mass - and wow what a delight. A perfectly normal Mass with no "Good Morning Everyone!" (All right, it was afternoon), no "Now all visitors stand up and introduce yourselves!", no "Now turn to your neighbour and give them a hug!" I could have been back in London. Bliss. Thank you Nashville.
We rounded up the day at a fun bar called The Stillery, where we got an enormous plateful of deep fried pickles. They were delicious on the night. They were not delicious the next day after we'd made the mistake of asking,  in time-houred American style, for a box to take home the leftovers.  Deep fried pickles don't keep well.

To be continued.
Posted by Alenka at 4:01 PM