Adventures with a Boat Part 1 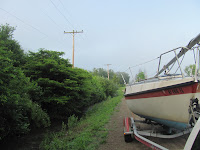 Our annual springtime ritual was very late this year, due to complex travelling and nasty weather.  We take our little sailing boat, which I have named Titanic ll, up to Lake Erie for the summer. (Hubby doesn't know that this is the boat's name; he calls it something else. The reason for the moniker is because he has assured me several times that it's unsinkable. "I've heard that somewhere before", I say. It does have a lifeboat though.)
We don’t live in an ideal spot for a frustrated mariner. The nearest expanse of water is our neighbour’s pond but it’s not quite big enough. Lake Erie is pretty big – it can take a week to sail from one end to the other. But Lake Erie is an hour-and-a-half away.
The journey, started very early this morning, took us through misty country lanes, dodging a few deer, scampering across the road. 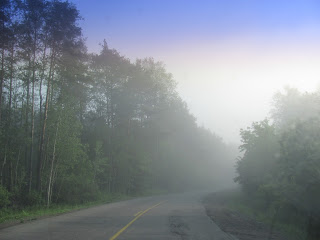 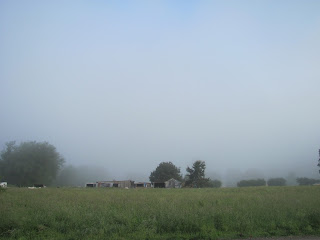 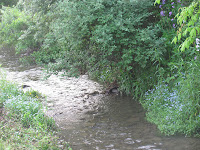 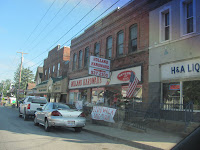 They have names like Holland, Sardinia, Wales and Yorkshire - quite a world tour. And ruined barns and a .
drive-in cinema, which I keep trying to persuade hubby to take me to before it closes. Amazing that it's still in business. 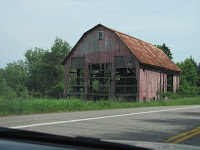 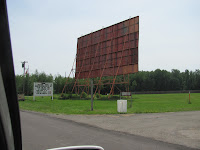 I'm always relieved to see the boat still following our venerable Volvo estate, bouncing doggedly over the potholes like a dowager hanging onto her hat.  Eventually we got to our destination, Buffalo, on which more later. 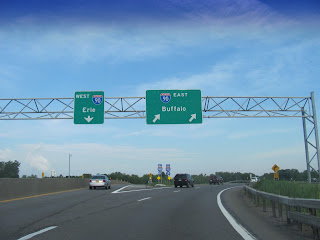 All in all, it was much less eventful than the same journey a couple of years ago. That occasion too, started OK.  Until we stopped at a lay-by, to check that the boat hadn’t come adrift, got back in the Volvo (a previous incarnation) and started it up.  It wouldn’t move.  Unhitching it proved that the trouble wasn’t in the cars brakes, which squealed terribly but usually worked – but in the trailer’s. They had totally jammed.

Inevitably, I’d forgotten to charge up the mobile phone. Leaving the boat and trailer in the lay-by (this is Western New York, not the Bronx – they’d be safe) we made for the nearest village to look for a mechanic. It was a holiday weekend but, this being rural America, where most hamlets have at least three car repair shops of varying stages of decrepitude, of which at least one will have signs of life, we finally commandeered a rescue vehicle.
The chap got out, looked at our trailer, scratched his head, gave it a kick and lo-and-behold, it moved. Typically, this good Western New Yorker turned down a chance to make a fortune from insisting he’d have to tow away trailer, boat and possibly car as well. Instead, he assured us we’d get to Buffalo just fine, with the small proviso that, if the brakes seized up again, we’d have to reverse a yard or so and then go forward.  The catch is that western New York roads are full of bumps. There is a bump every few yards.  And every time the trailer hit a bump, the brakes jammed. And every time the brakes jammed, we had to stop and reverse. You get the picture. We finally made it to the lake by late that evening. The rest of the operation of huffing and puffing and heaving and winching was a breeze in comparison. Well I suppose it helped me grasp what the old pioneers had to put up with.
Posted by Alenka at 7:39 PM