DC Wanderings: The Emperor in Chinatown

I stumbled on Washington's Chinatown - like many self-respecting American cities, it has one. It's not that big but there is a triumphal arch. 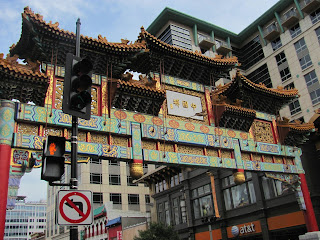 And some nice little old houses.. 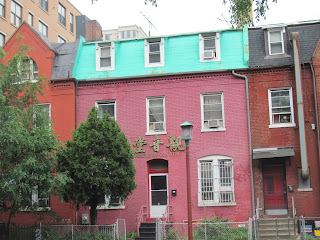 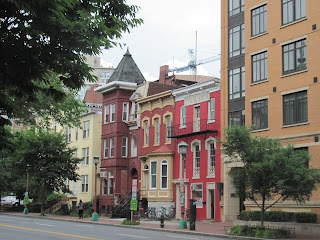 In amongst the drab, impersonal modern buildings. 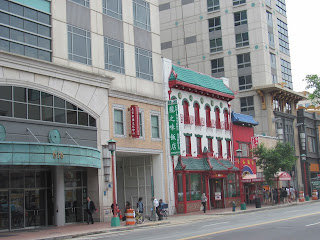 Not to mention a Chinese Starbucks... 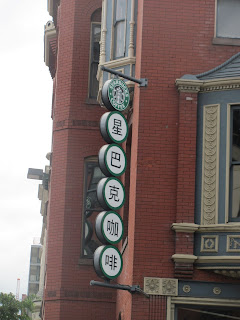 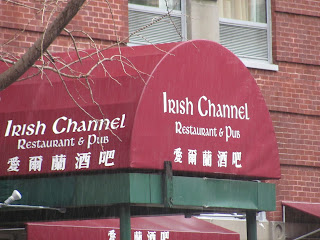 As I was walking along, I thought I heard a man shouting "Free dog and cat meat!"  Given the setting, this was a little disconcerting.  Then I came upon this lady, who was calling out,  "Free dog and cat food!" 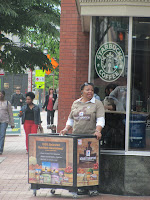 Which was more like it. I asked her why she was giving away free dog and cat food. "It's a promotion!" she explained with a conspiratorial grin.  And she had plenty of takers. 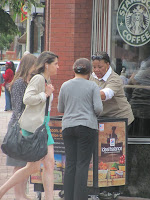 But the most interesting thing I found in Chinatown was an old stone Catholic church, called St Mary's. 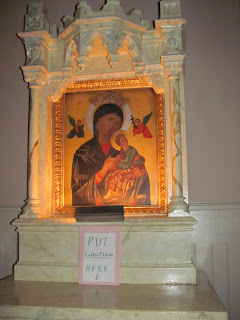 The board outside said it offered the Mass in Chinese, Latin and English.  The interior was quite something. 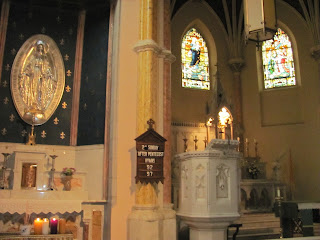 Unlike many American churches, it had not been "wreckovated" - the high altar was still there and there was a fabulous ceiling.... 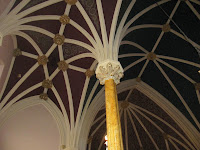 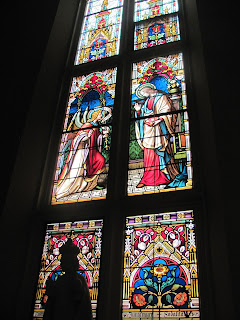 And, amazingly, for a church in Chinatown, there was a shrine to the last Hapsburg ruler of Austria-Hungary, Emperor Charles, (aka Karl), a saintly man, who tried to stop World War One, died in exile in 1922 and was beatified in 2004 by Pope John Paul ll. So now he's Blessed Charles. There was a book where people could write their prayer requests. 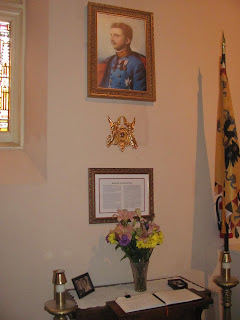 They even had the old Austro-Hungarian flag with the double-headed eagle.  St Mary's was originally built in the nineteenth century as a church for German immigrants but I doubt that would explain it. The Emperor's presence in Chinatown must remain a mystery unless someone can enlighten me. 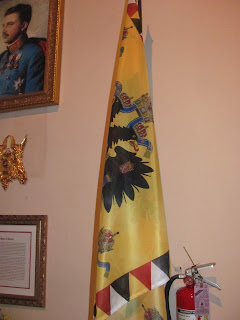 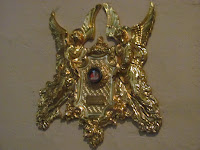 It's extraordinary what you can find when you're wandering around a city.
Posted by Alenka at 8:10 PM