And to the Lane

It was time for another walk up the lane past our house. The sky was October blue, the air silent except for the chattering of arguing squirrels, a few piercing birdcalls and chipmunks scurrying through the leaves. 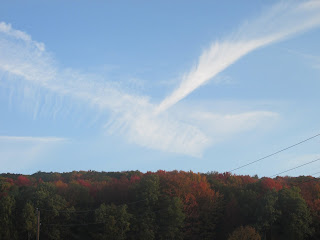 The colours deepening more every day, though it hasn't been as spectacular as some years.. 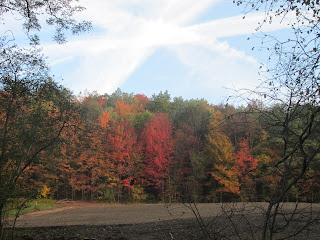 The morning fog makes for a softer tinge. 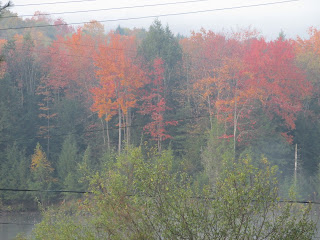 And some parts are still very green. It's been a late autumn. 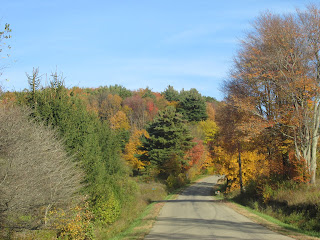 Though the colours were starting to turn around the lake. 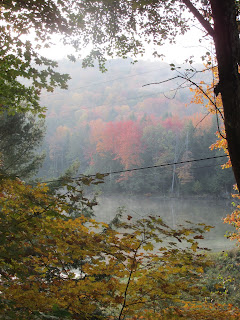 From among the fallen leaves a spectacular fungus had popped up. 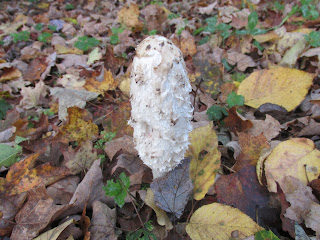 The vivid red sumac and the tapestried hills behind - typical around here and you almost get blase about it.. 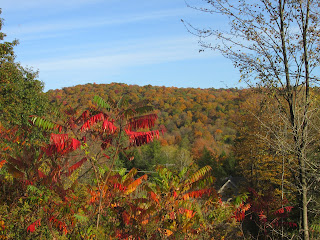 More red in the undergrowth 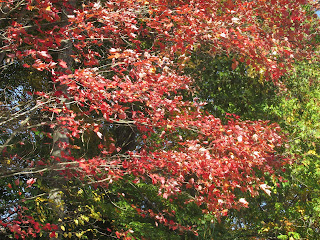 And some oak leaves enjoying the sun. 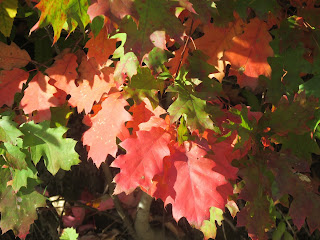 But everywhere there were signs of winter coming. 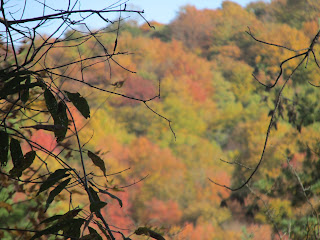 Though we still haven't had a frost. 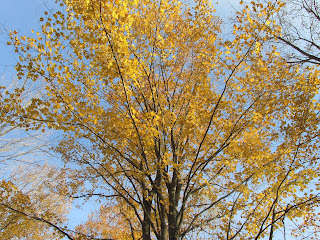 This is the reddest maple so far. 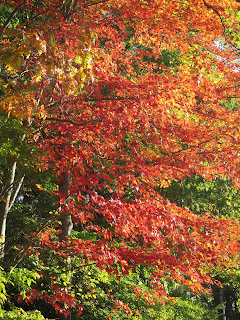 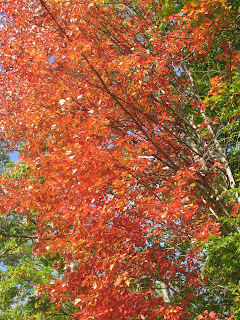 And golds hold their own 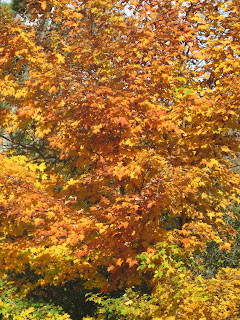 Wondering when the cold's going to come racing in. 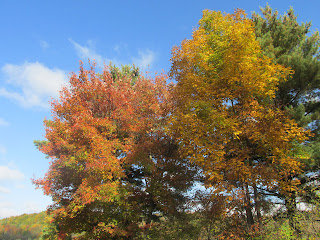