Goodbye to the Marina

It was time to take the boat out. Sunday was a seriously blustery day at Buffalo Marina. There were even whitecaps in the harbour. Not many boaters were venturing out into Lake Erie, which was probably a good thing as there was a Small Craft Warning out. Since we have a very small craft, we tend to take it seriously. 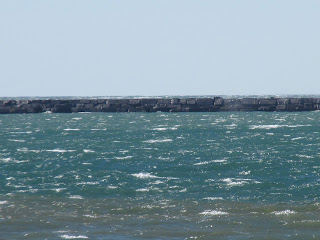 The flower displays were mostly gone, with just a few tenacious survivors bracing themselves for winter winds to come. 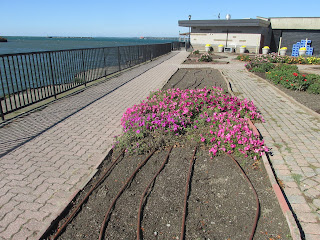 The cafe empty and closed up. 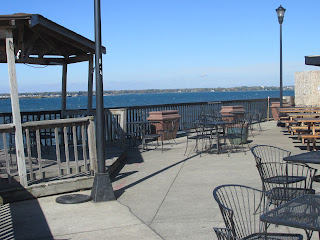 Though there was one hopeful customer. 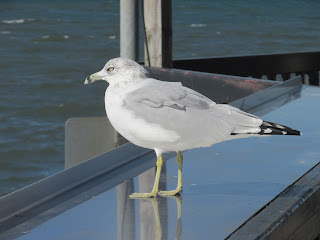 Trying his luck, as always. 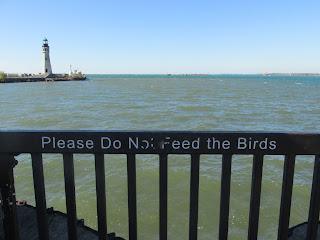 Most of his confreres were hunkered down in the car park. 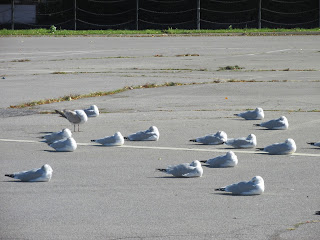 While the geese were on their way to the pub. 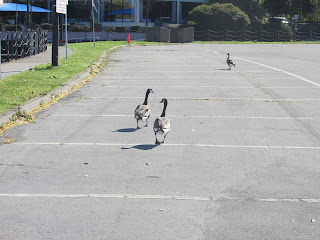 Hey! Wait for me! 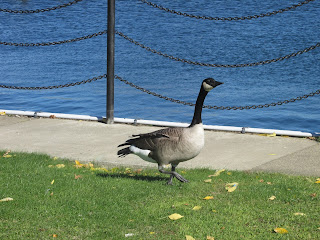 There were very few boats left on the docks - and most of them were sailing boats. Of course. Power boat wimps take their boats out in September. 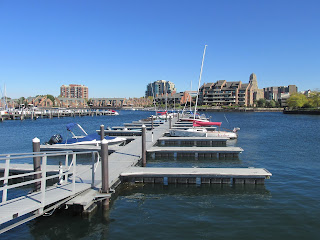 It was quite an adventure, with waves breaking on the ramp but we made it after a few tries. 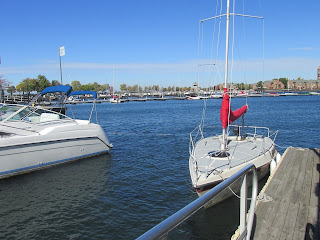 And trundled Titanic 2 back to her winter quarters in a neighbouring farmer's barn.
Posted by Alenka at 8:15 PM