We were on our way to Chattanooga, Tennessee and took in some wise advice. 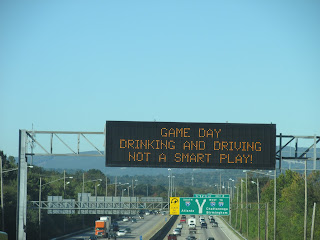 There in the distance was the local landmark, Lookout Mountain. 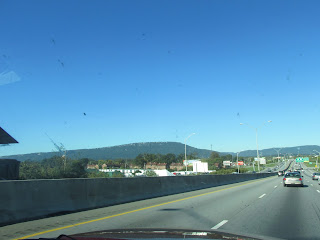 But of course our real reason for wanting to see Chattanooga was to find out, as per the famous song,  if there really was a Chattanooga Choo-Choo.  So we kept our eyes peeled for trains. Was this the one? There seemed to be lots of people waiting to board. We decided to take it anyway. 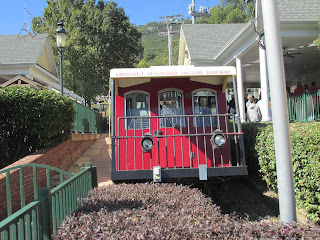 And got a lot more than we bargained for. The train - a funicular really - (well I suppose that has a song about it too) went up Lookout Mountain at  a fair clip and an extremely steep incline. It was, in fact, called "The Incline" and was allegedly the steepest in the world. Which is why they warned you about the right sort of footwear. It felt a bit like the deck of the Titanic. Though the view, if you dared look down, was spectacular. 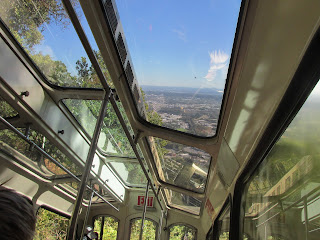 Here, at the top, there was much to learn about the Civil War. The attack on Atlanta was apparently planned here. It's a good spot. The southernmost lump in the Appalachian Chain. On a clear day you can see six states and anyone who tries to come and get you. 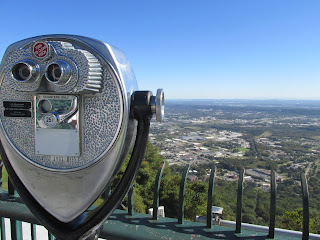 It was good but it wasn't the Chattanooga Choo-Choo. We drove downtown and carried on looking. Aha - we seemed to be getting close! 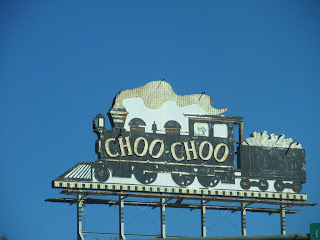 Surely this couldn't be it? 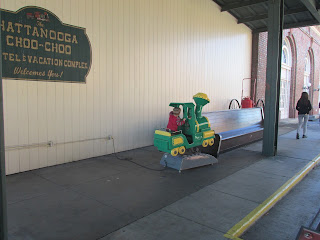 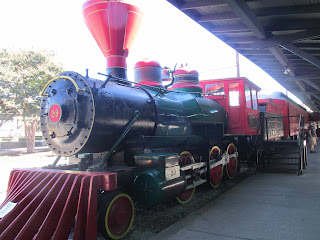 Here it was! According to a plaque, "It was on March 5th 1880 that the first passenger train leaving Cincinnati for Chattanooga was nicknamed the 'Chattanooga Choo-Choo' This historical occasion opened the first major link in public transportation from the north to the south". 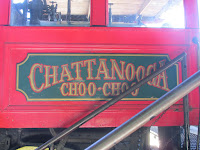 We were not disappointed. Especially as we could actually climb into the engine and twiddle knobs and levers. 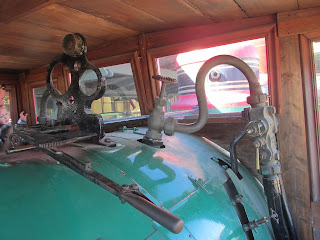 All around there were various old train carriages - we were in the former railway hotel at the railway terminus, according to another plaque, completed in 1909 and closed in 1970.   These days, you can even get married here. 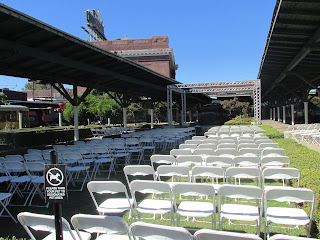 (And if you should change your mind, you can just pop over the road) 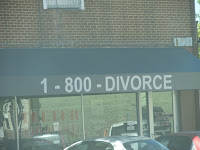 It's a nice friendly place 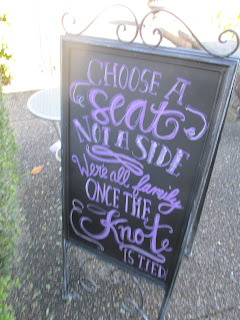 For humans, at any rate. 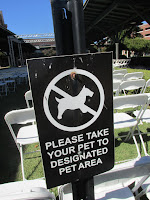 As a foreigner, I found the array in the nearby souvenir emporium interesting. It reminded me that we'd passed a red pickup truck with a Confederate flag emblazoned across its whole back side and several flags flying from front gardens and the like. 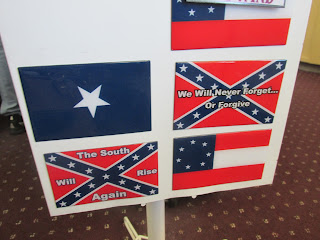 But sadly it was only afterwards that a friend told us we'd missed her favourite English Tea Shoppe, right here in Chattanooga. Oh well, next time.
Posted by Alenka at 5:02 PM