We drove along the lovely coast road 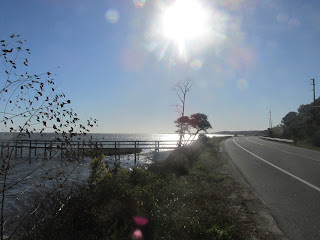 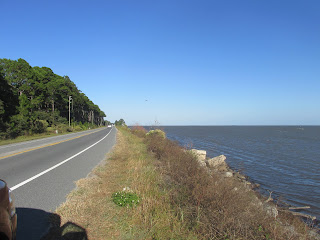 There were "Beware bears" signs on the road (were those bullet holes in the signs?) 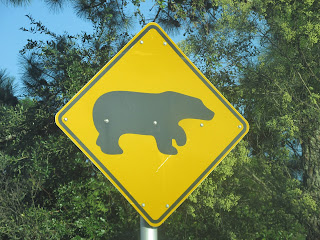 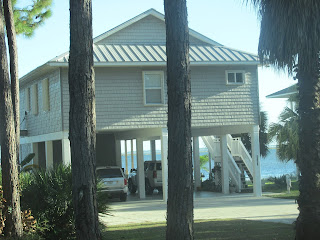 And blocks of flats along the coast 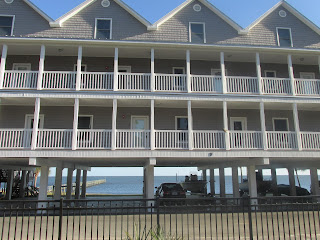 Were on stilts to guard against hurricanes and the related tidal surges. 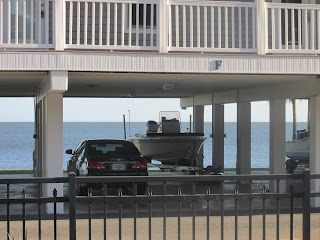 There were some fun things to see en route, including various versions of "Gun and Pawn", places called Chassahowitzka, a quaintly named garage 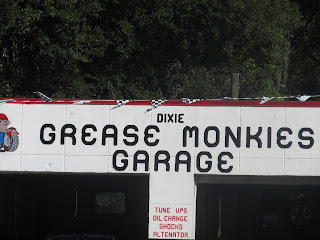 And a diner called "Mawvittles", though we actually stopped at a different one. 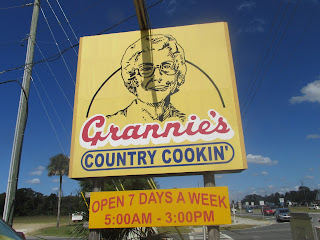 Here's an example of what was on the menu. I think "auce" is meant to be "sauce" 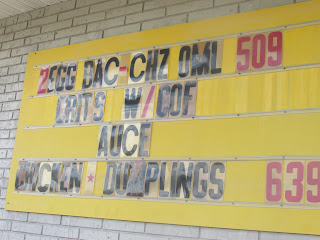 The customers were an eclectic bunch, including a gentleman who came in three times a day (though he did get his free seniors' coffee at McDonalds) and liked to philosophise rather loudly to whoever was willing to listen. It was an eclectic menu too. I had fried chicken livers which weren't half bad. 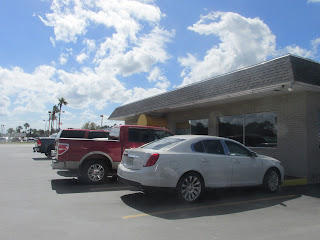 Soon we'd be at our destination.
Posted by Alenka at 8:59 PM