Just time for a quick spin around Alabama's capital, Montgomery. Again it was a pity we couldn't stay longer. This was the old railway station. 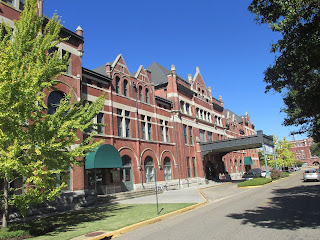 There were some pretty French-style buildings. 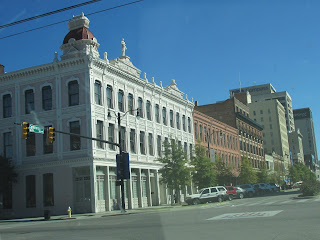 And another charming Catholic church, St Peter's, dating from 1834. 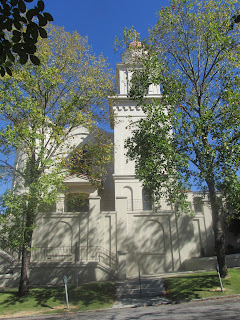 Leafy parks and the sun beating down on neo-classical white, columns and monuments. 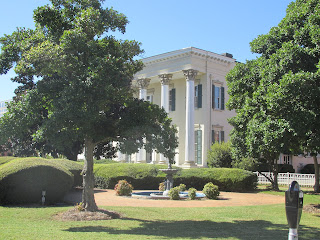 With a lot of the futuristic going up as well. Montgomery certainly looks as though it's prospering. 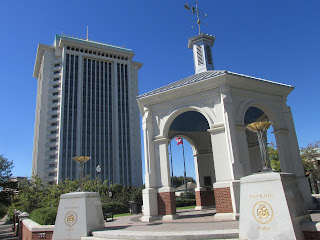 The historic state capitol shimmered and dazzled in the heat. 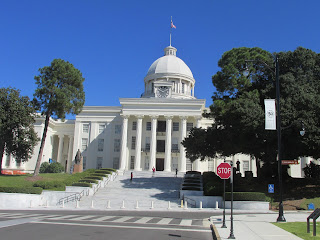 All the official buildings around it made it look a little like Washington. Or indeed like a little Washington.
. 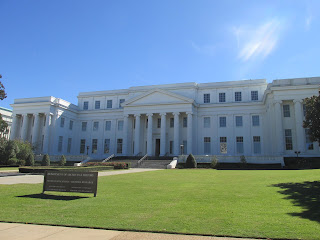 Now here was an odd bit of history - the first White House of the Confederacy (the last was in Richmond, Virginia) temporary home to hapless Confederate President Jeff Davis and his family. 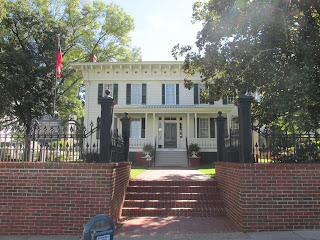 It was all very stately but someone had a sense of humour... 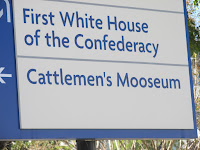 There was hardly a soul about but for some people visiting the Civil Rights memorial. 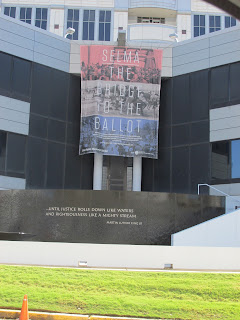 And a place where they evidently don't want you to park. We got smartly shooed away.
Posted by Alenka at 4:26 PM