We had time to explore the town a little. The main shopping drag in Pensacola is Palafox Street, named after a Spanish nobleman. Unfortunately it was early and most things were still closed, including the impressive-looking Basilica of St Michael the Archangel, dating from the 1880s. The priest at that time, Father John Baasen was born in Prussia. He travelled by train and on horseback down to his assignment in Pensacola and survived the simultaneous horrors of yellow fever and a church fire - he was carried out of the burning building on a cot. They made them tough in those days. And he survived to build the present church. 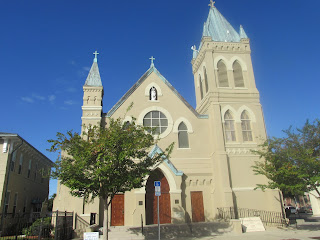 The roots of the parish are much older than that. I thought this gentleman might be Senor Palafox... 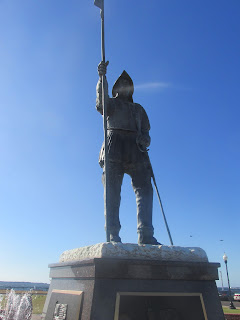 But no, it was Tristan de Luna y Arellano, who arrived in 1559, with eleven ships containing over over 1500 soldiers and settlers and 240 horses. Due to hurricanes, hardship and sickness his settlement didn't last but it earned him a statue. 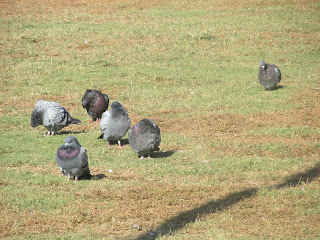 And even a few pigeons, just like Lord Nelson in Trafalgar Square. Odd to see London pigeons at a Florida harbour but life is full of surprises.  Speaking of which 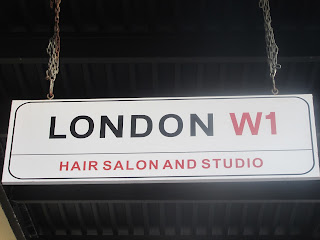 Appropriately the British owned Pensacola from 1763 until 1781, when Palafox Street was called George lll Street. The name didn't last.

There were a lot of charming wrought-iron balconies. 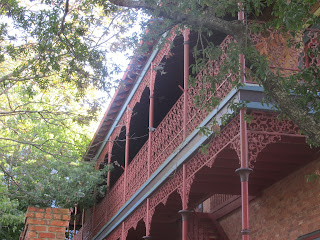 And houses and shops that wouldn't look out of place in Chelsea. 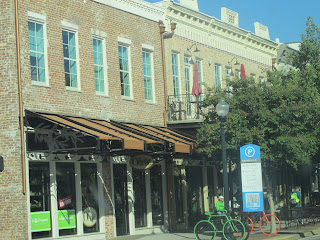 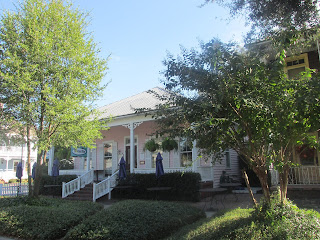 The British actually laid out the city's street plan. 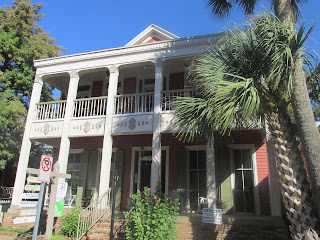 Then the Spanish got control back, followed by the United States. 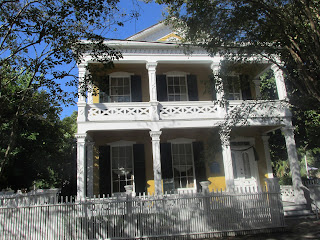 Oh and the French had been there for a while too. 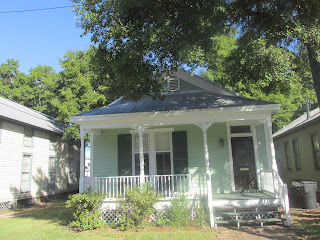 The sort of place where we'd like to have spent much longer. There are just too many of those.

To be continued.
Posted by Alenka at 8:14 PM