On the Road: The Fortress of Seneca Rocks

Well that girl in Thomas was right - as we descended, the autumn colours returned - though it was still chilly - but there in front of us on the road was something much more spectacular. 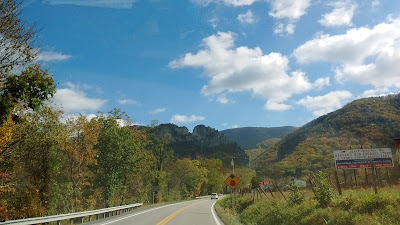 Seneca Rocks was a fabulous crag, 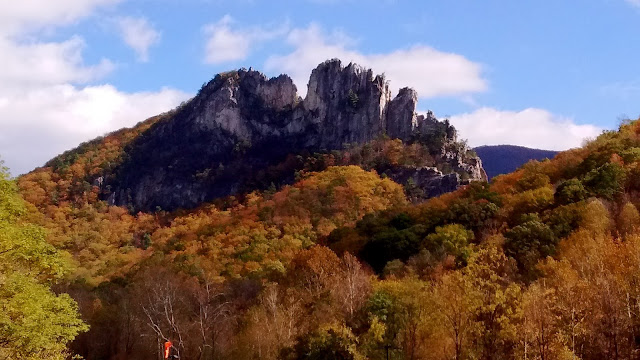 like a ruined mediaeval castle up on the mountain. 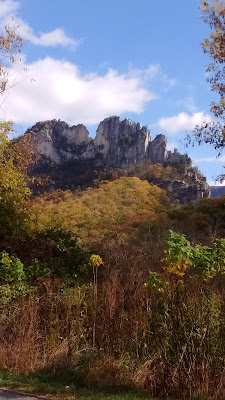 Well perhaps that's what it was and there's something the history books aren't telling us. Wouldn't be the first time.  Anyway, it's popular with rock climbers, as you'd imagine. We went into the Visitor Centre just at the same time as a huge gaggle of visiting schoolchildren. We seem to make a habit of doing that. I liked this photo of the technique they used in the old days to combat gypsy moth caterpillars. (Readers with long memories may recall we had our own caterpillar horror show a few years ago up in western New York.) 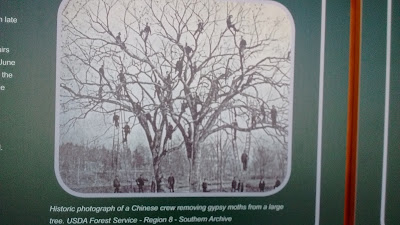 Those are not birds in the picture but a "Chinese Crew". We could have used them. That tree looks on its last legs though.
We drove along along ridiculously pretty mountain roads. 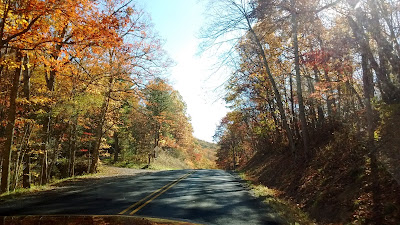 Every bend better than the last. And there were plenty of bends. 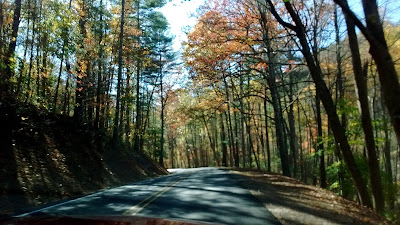 Beyond the trees were stupendous views. Unfortunately it was rare to find a spot like this one to take a photo. Or perhaps fortunately, or we'd still be there. 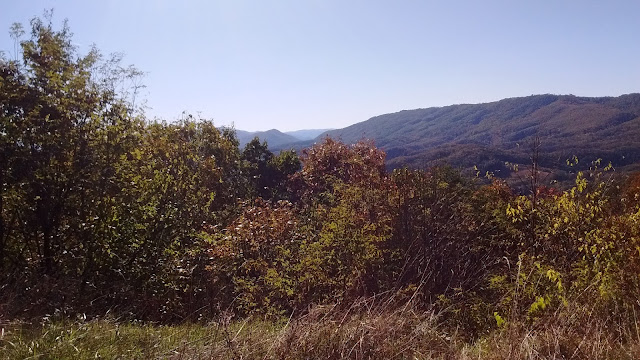 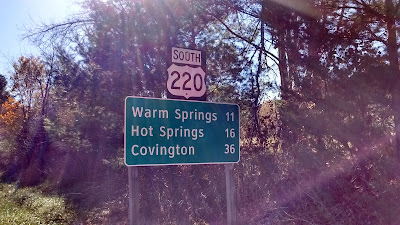 Where were the cold springs?  They probably wouldn't bring in the tourists.