On the Road: Maybe Mayberry

We were driving towards Mount Airy, North Carolina, which seemed to be an ordinary sort of dot on the map. Not for the first time, we would find ourselves in a not-so-ordinary situation. First of all, there was something odd about the road we were travelling on. There were endless antique, aka junk stalls, as if they were expecting hordes of tourists. Then we drove into Mount Airy itself, 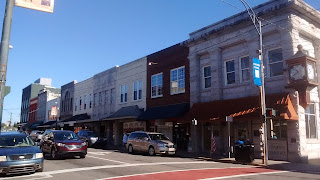 our prime objective, as always at this time of the day, to find a decent cup of coffee and perhaps a pastry or two. "I'd love a cheese Danish", said sister-in-law. As we stopped at a red traffic light the first thing we saw was a police car that seemed to date from the 1960s. Then we parked and wandered into a bookshop which also sold coffee. Had I been an American, this might have given me a clue. 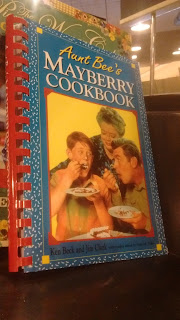 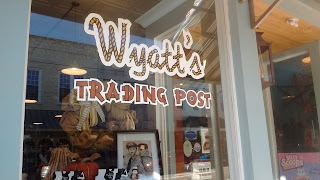 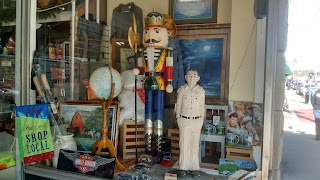 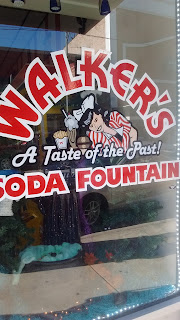 as well as plenty of souvenir shops 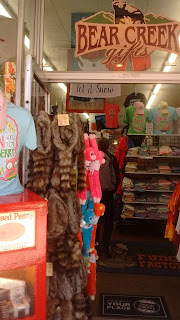 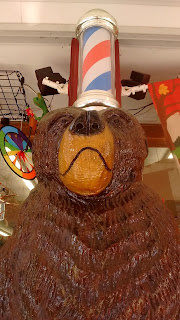 and instead of cows, squirrels, turkeys, whatever, Mount Airy had guitars. 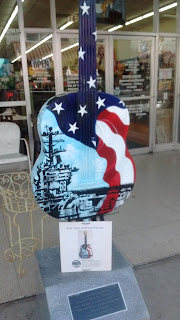 Finally this gave us - or rather gave my American sister-in-law, the biggest clue. 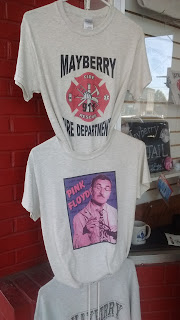 Mayberry - the setting, she explained, of The Andy Griffith Show, a sitcom that was hugely popular in the 1960s. And Andy Griffith had been born in Mount Airy, which was now evidently making the most of the Mayberry link.  The show was apparently gentle and innocent and everyone's dream of an American small town. 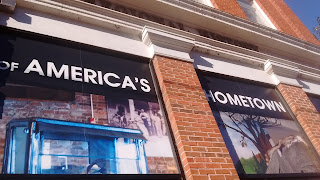 But we were still looking for pastries.  This looked promising until we got closer 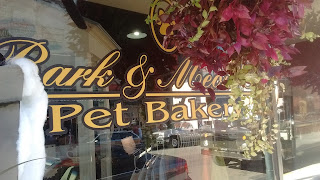 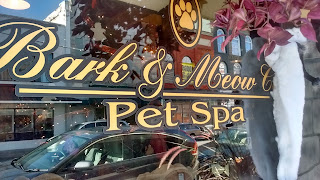 But then we stumbled into Miss Angel's, a regular emporium of pies, something called "peach zonker" and more Danish pastries than you could shake a flake at. Mine was warm. And with blueberries. Wow.   Pies like they used to make. There's something to be said for nostalgia. 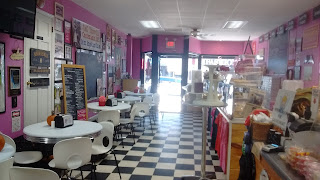 We asked where we could get a photo of the vintage police car. The man in the shop pointed us in the direction of Wally's Service, 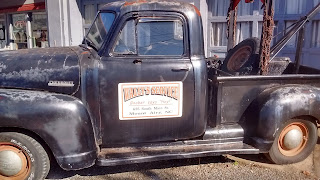 which was a sort of little museum of Mayberry. People of a certain age were strolling around taking selfies. 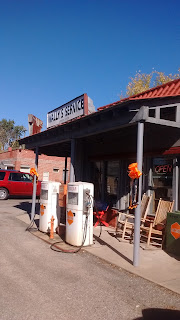 And here were the cars. Important to the story, Andy Griffith's character being the genial local Shire Reeve. 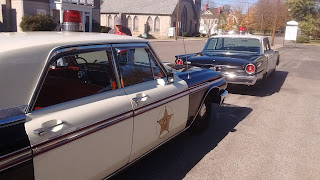 Too bad I never watched the Andy Griffith Show or I would have been a lot more excited. Now if it was Ambridge.....or Walmington-on-Sea....